As popular as action-RPGs are, we’ve yet to see one attempt to portray arguably the biggest power fantasy yet—a chance to become a deadly vicious, man-eating shark. Tripwire Interactive hopes to change that with their upcoming project Maneater, a single-player open-world game in which players become one of the most powerful apex predators.

Following the game’s E3 2019 reveal, we wanted to go over what you can expect from Tripwire’s next game as well as some popular theories circulating online. We’ll be updating this story in the future with new information, so make sure to check back.

Maneater was revealed during the PC Gaming Show at E3 2019 where a brief trailer was shown. The game is scheduled to release on May 22, 2020, for PlayStation 4, Xbox One, Nintendo Switch, and PC as a timed one-year Epic Games Store exclusive. 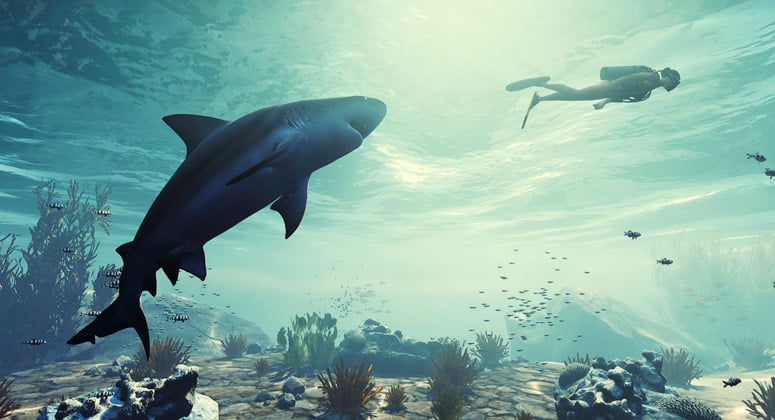 Maneater sees players taking on the role of a shark that was cut from their mother’s body and left to die in the Gulf Coast. Equipped with deadly instincts and an even deadlier bite, you’ll begin to explore an underwater open-world filled with an endless number of threats and rewards while encountering the game’s main villain, Scaly Pete. Pete considers himself to be the best fisherman in the Gulf and is responsible for separating you from your mother at the beginning of the game.

The entire game is presented through the lens of a reality show called “Shark hunters vs. Man-eaters,” and depicts your ongoing rivalry with Scaly Pete. Maneater will feature narrated sections voiced by Chris Parnell, best known for his performances on SNL and Archer.

The game’s open-world is broken up into seven regions with unique environments ranging from open-oceans and sunny beaches to muddy swamplands. While a majority of time is spent underwater, the shark is capable of jumping high into the sky in order to catch their next meal, even if it means hitting the mainland.

Outside of your run-ins with Scaly Pete, Maneater sees you going head-to-head with a host of predators such as alligators, killer whales, and other sharks. At first, these creatures will feel much stronger and faster when compared to your inexperienced baby shark. However, hunting for smaller prey will allow you to grow in size and unlock new abilities via continuous evolution.

This leaves room for multiple playstyles, granting you the option to become a stealthy predator that lurks in the shadows waiting for the perfect opportunity to strike; or perhaps take a “Jaws Blazing” approach and nab up anything that moves. There are a seemingly infinite number of ways to approach each target and with a dynamic open-world, opportunities will also present themselves. Given developer Tripwire’s past work on games like Killing Floor, we’re anticipating a lot of blood, violence, and dismembered bodies.

As you feed, you’ll notice your power increasing, allowing you to take on new enemies and inch your way towards becoming the most feared creature in all the Gulf Coast. Eliminating other apex predators also allows you to access new areas such as sunken ships, where you’ll find a useful reward or perhaps your next snack. The game will include different skins that let you take on the appearance of your favorite shark including Great White, Hammerhead, etc. 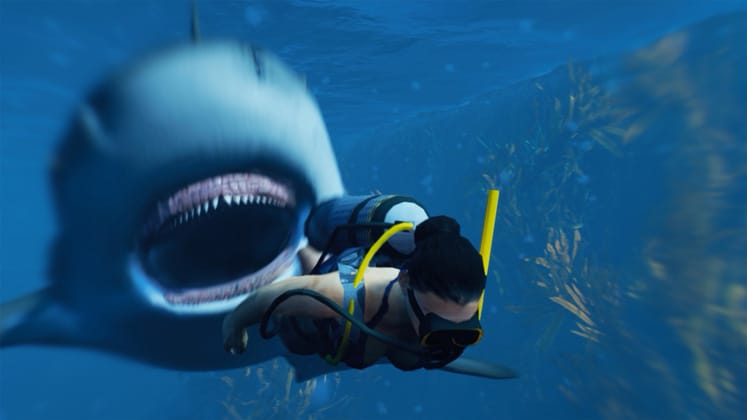 Some say that today’s games aren’t “original” enough; that there’s a lack of innovation or creative genius from a majority of developers. Well, there’s nothing more original than a GTA-style open-world action RPG where you go around biting things as a constantly-evolving shark.

Maneater has the potential to shake up the indie game scene by offering a unique take on a classic formula. We’re eager to see what deep-sea delights Tripwire has in store when Maneater releases sometime next year. Make sure to check back for updates as development progresses and more information about the game is revealed.

If you’re excited for Maneater and want to learn about similar games, check out our list for the Best Upcoming Open-World Games.