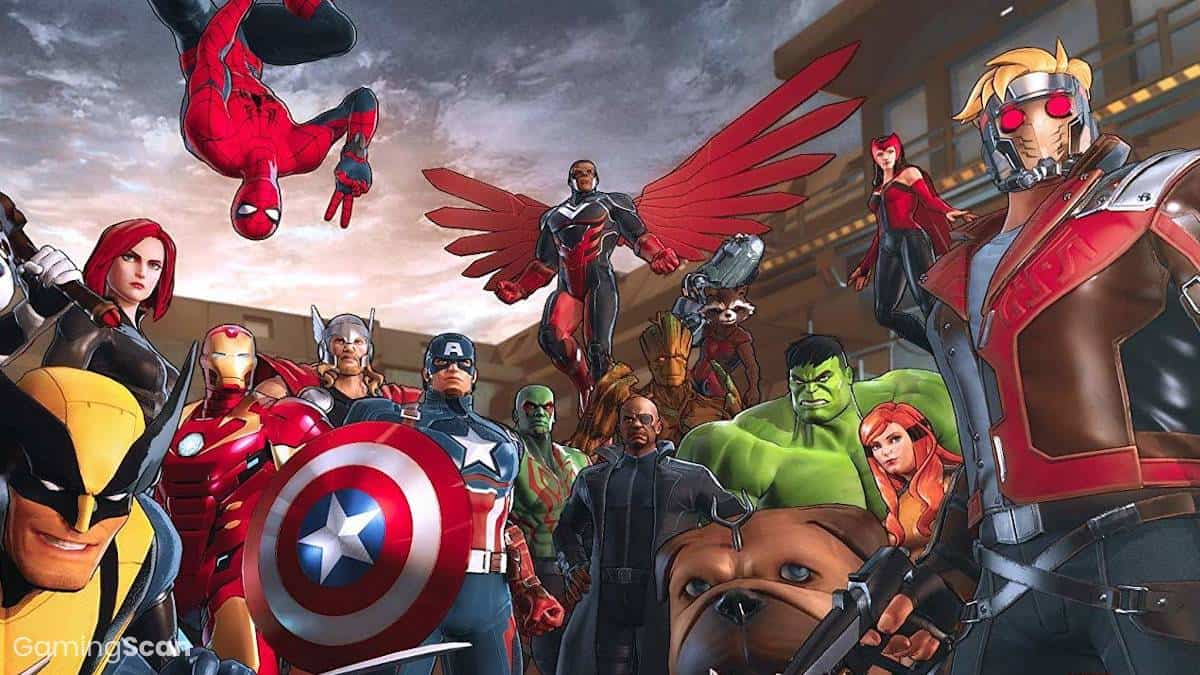 It’s been a decade since Ultimate Alliance 2 released for just about every box you could play games on in 2009. And with Marvel being the absolute powerhouse it is today, Marvel Ultimate Alliance 3 has been granted some luxuries that previous installments didn’t.

You’ll find an established cinematic universe to mine from, resulting in what feels like a jumble of MCU storylines and comic-book lore. With more superhero cameos than even Avengers Endgame, the game can be best described as a digital manifestation of the term “fan service”.

That’s not to say that MUA 3 isn’t a fun time. After all, this is a game where you can combine your favorite Marvel characters to create a four-man/woman/alien/whatever Ghost Rider wrecking crew to destroying the forces of evil – which are usually anyone that looks even slightly sketchy.

I spent the better half of the 6-10 hour campaign mindlessly ripping apart evil-doers with a big smile on my face as many of my favorite childhood superheroes adorned my Switch’s screen.

However, there are some noticeable flaws with MUA 3 when it comes to performance and a number of its progression systems. In this review, I’ll be assessing areas that I think the game excels at, along with some letdowns and a few minor gripes before wrapping things up with an overall score.

MUA 3 plays it relatively safe when it comes to its narrative, placing the Infinity Stones at the center of the game’s plot. Just like in the comics and most recent phase of the MCU, we see The Avengers and friends working together to prevent Thanos and his cronies from acquiring all six stones and destroying the universe.

Throughout the heroes’ journey, the player is transported to several iconic Marvel locations such as The Avengers Tower, the X-Mansion, Wakanda, Asgard, and more.

I found each setting to be detailed-enough to set it apart from the rest. Plus, the settings were further exalted by the fully-voiced characters that resided within them.

Even though by the end I found myself skipping through a lot of the dialogue, there are plenty of stand-out interactions between characters, who reference events from Marvel films and even a few nods to the recently-canceled live-action Netflix shows.

The story is structured so that you’re always encountering new characters and weaving new narrative threads, resulting in what feels like an entertaining and brisk stroll through Marvel’s connected universes.

MUA 3 most closely resembles a Diablo-style dungeon crawler in which you explore sprawling maps filled with enemies, collectibles, and loot. It borrows a lot from the previous games and sees each hero using a combination of light and heavy attacks along with four special abilities assigned to each face button.

Additionally, you can perform synergy attacks with other members of your party for extra damage and charge up a meter for Extreme Attacks, which see your hero going all out and using their most powerful abilities.

I found that if you chained together all of the four members’ Extreme Attacks, two exciting things would happen. First, you’d unleash a boatload of damage on every enemy nearby. Second, the Switch’s frame rate would drop abysmally low. This was disappointing given that MUA 3 was developed solely for the Switch and, therefore, should be fully optimized for the console.

Performance issues aside, I found the gameplay enjoyable. The difficulty rises quite quickly, and you may see yourself having to replay a few boss fights if you’re not actively dodging or blocking.

Hack n’ slash games tend to feel like mindless chores, and while I’d say that this applies to MUA 3, the game also has enough going on to keep you engaged. When you’re not fighting, you’re solving some light puzzles or navigating through platforming sections.

When it comes to the game’s progression system, I found something interesting, although questionable. Throughout the story, you collect shards that can be equipped to any hero to obtain passive buffs that enhance your hero’s traits.

This system feels like something you’d expect to see in a mobile title and doesn’t do a great job at making you feel like you’re improving or becoming stronger.

The same can be said about the Alliance Enhancement skill tree, which allows you to purchase permanent buffs that apply to your entire party. Broken up into seven sections, these serve as nothing more than monetary checkboxes you’ll find yourself buying any time you come across an especially tough boss fight.

The issue seems to stem from the hero’s traits themselves, which are six – Strength, Vitality, Durability, Resilience, Mastery, and Energy. These are also never fully explained to the player.

I spent the first half of the campaign playing in local co-op with one other player, and the other half completely solo. I was shocked to see the detrimental effect that playing locally had on the game’s performance, given the couch co-op appeal of the series.

MUA 3 doesn’t include split-screen co-op, with the action taking place on one screen and a tight restriction on how far apart players can be.

This proved frustrating whenever my teammate or I were caught up in our scuffles slightly off-screen. What made it worse is that none of the players were granted control over the camera, limiting the field of view to whatever area the fixed camera was currently pointing at. Thankfully, this issue isn’t present when playing online.

Although performance issues and confusing progression systems may have plagued my time with MUA 3, there were brief moments that reminded me of what it was like to play earlier Ultimate Alliance games.

Perhaps MUA 3 is nothing more than an attempt to recreate an era of gaming that has long since passed, or maybe I’ve just evolved as a gamer, spoiled by the amenities offered by more current titles.

I’d consider MUA 3 to be the kind of game you’d pick up on sale and play when you’re in the mood for some mindless action. It is a game where you can lower the volume, put on some music or a podcast, and watch as your simple button inputs translate into flashy combos on screen.