Nobody was quite ready when Metro 2033, a game inspired by the Dimitry Glukhovsky novel of the same name, came out in 2010. Boasting GPU-frying graphics, claustrophobic environments, and a rather original take on a post-apocalyptic Russia, it cast a long shadow over the failings of the S.T.A.L.K.E.R. sequels.

Then Metro: Last Light came along in 2013, a great-looking but a somewhat tropey sequel that ultimately left many unimpressed because of its focus on fast-paced action scenarios rather than the oppressive atmosphere that helped the original leave such a strong impression.

And now, almost nine years later, the third game – Metro Exodus – is right around the corner. So, when is it coming out and what can we expect from it? Read on and find out! 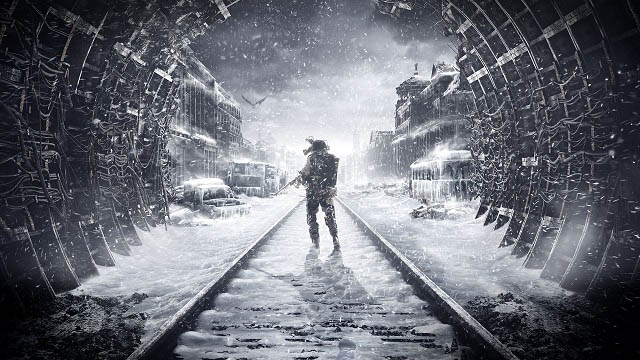 Metro Exodus is currently slated to release on February 15, 2019. It will be released on PC, as well as the PlayStation 4 and the Xbox One.

It was set to originally release on February 22, 2019, but that was changed. 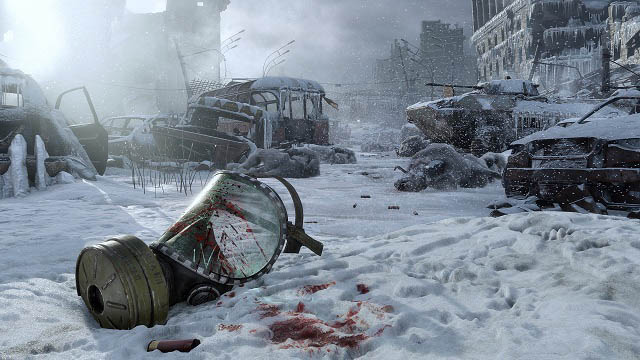 As the title implies, Metro Exodus will leave the familiar confines of the Moscow Metro behind after the devastation brought upon it by the war from the previous game. The player will once again be assuming the role of Artyom, the silent-but-not-so-silent-during-loading-screens protagonist from the first two games.

The story will follow Artyom and a number of other Rangers as they traverse the Russian wilderness in their search for a safe haven in Vladivostok, in the far east part of Russia. Obviously, this means that the setting will be far more open than either of the first two Metro games, but more on that below. 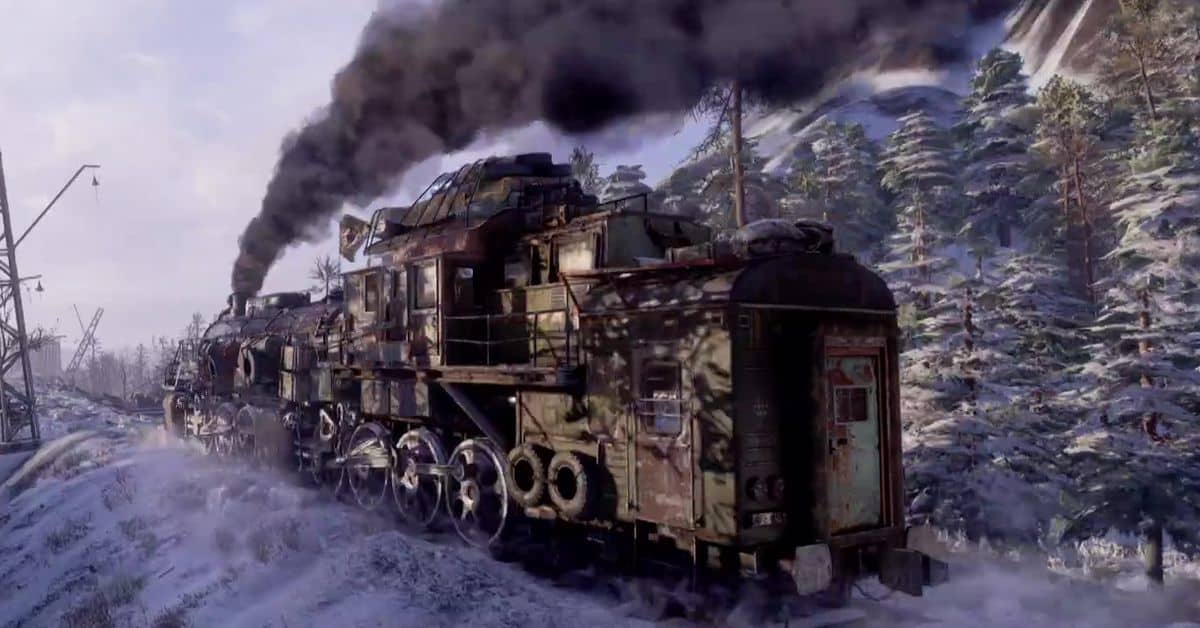 An interesting addition to the narrative is the increased degree of player agency. The developers claim that the game will feature plenty of important and impactful decisions that will need to be made, something that will lead to branching storylines and increased replayability.

Indeed, the Metro games are no strangers to choices, but both 2033 and Last Light focused mainly on FPS/survival horror aspects rather than on the narrative experience and player agency. Needless to say, it will be interesting to see how they handle this and whether the decisions that the player makes will carry more weight than they did in the previous installments. 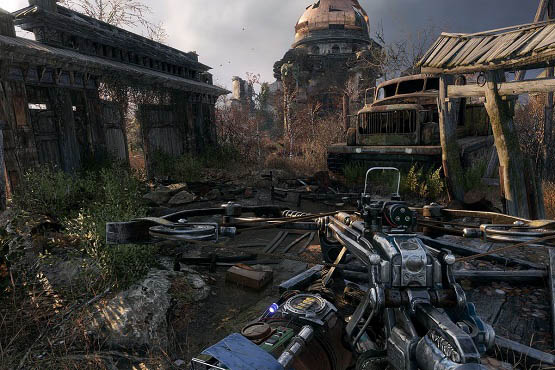 As mentioned above, Exodus will be leaving the claustrophobic hallways and ruined tunnels of the Moscow Metro for the vast and open Russian wilderness, featuring sandbox levels up to 2 square kilometers in size. This is a very radical transition from the mostly-linear levels of the first two games, so the experience itself is being molded to suit the new setting.

First and foremost, a greater focus is placed on survival elements. Bullets are no longer treated as currency and are replaced by various materials and items that can be scavenged and then used as part of a new crafting system.

Considering that most of the game will be taking place outside, gas masks are no longer mandatory on the surface, although irradiated areas where a gas mask will be necessary will still exist. There will be no fast travel, a day-night cycle and a weather system will both be implemented, and even the seasons will change as the story progresses. 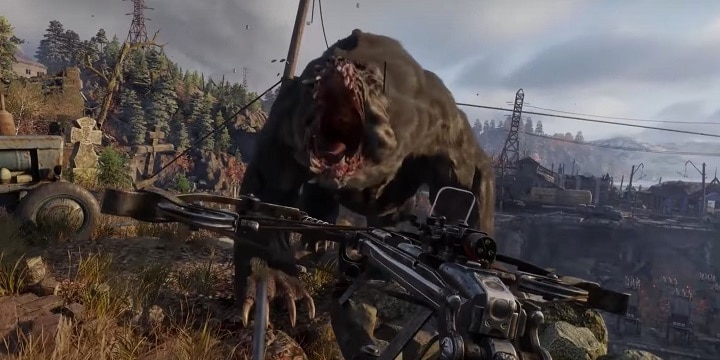 When it comes to the player arsenal, many weapons from the previous games will be making a comeback, all the while a number of new ones will be introduced, all of which will be customizable. In addition to that, the player will also be able to utilize a variety of other non-combat gear such as a Geiger counter or binoculars.

Finally, in addition to new enemy types and the return of the karma system, Exodus will be the first Metro game to allow the player to control a variety of vehicles that are not fixed on a set of rails.

So, if you liked the open levels and survival elements of S.T.A.L.K.E.R. or the Kshatriya mission from Metro: Last Light, you will find a lot to love about Metro Exodus.

The original trailer for the game was revealed at E3 2017 and it was a cinematic showcase of what the final game would offer. It teased the large open levels, and introduced several new enemy types and mechanics.

The second trailer was unveiled at Game Awards 2017. It shows the familiar cityscape of Moscow, complemented with a fairly pessimistic narration by Anna. The trailer doesn’t show much gameplay or any major new features, but it shows us how Artyom discovered Aurora – the train that would ultimately be used to traverse Russia.

Next up, there was the gameplay trailer from E3 2018 which introduced a technophobic cult as one of the opposing factions. In addition to that, it also teased a variety of different environments, weapon customization, and a couple of new enemies, including mutated humans.

The fourth and final trailer that was shown at Gamescom 2018 is the shortest one yet and it teased some of the story, introducing the second major enemy faction – the Children of the Forest. On top of that, it also showed even more diverse and memorable environments, as well as a couple of new enemies. 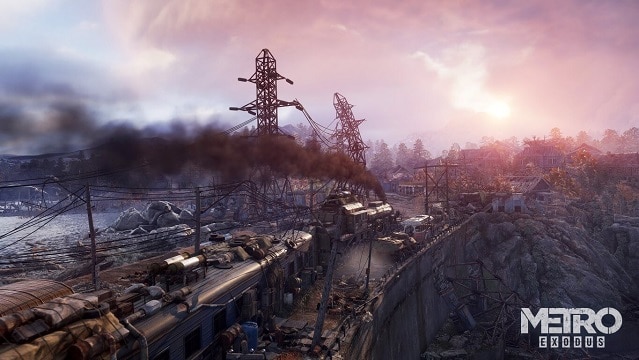 That would be everything we know about Metro Exodus thus far! Seeing as the game is fairly close to release, it’s unlikely that we will get any new major reveals before then. In any case, we are definitely excited to see where the devs will take the franchise, and if you’re a Metro fan, now might be a good time to replay the first two games before the new one is out!