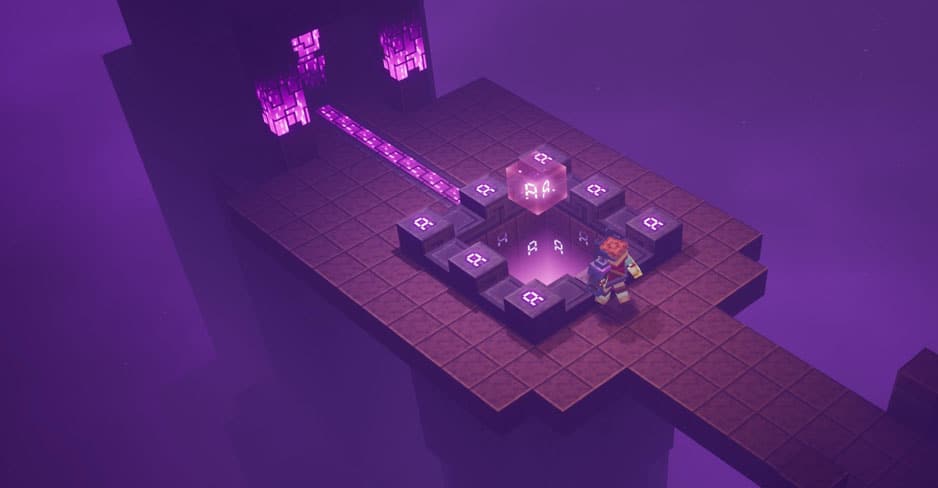 Minecraft is filled with plenty of secrets, so it makes sense that Mojang would go out of their way to do the same with their spin-off dungeon crawler.

Presented as an optional post-game quest in Minecraft Dungeons, players are tasked with finding the locations of 10 secret runes to unlock arguably the biggest mystery in the game.

In this guide, we’ll show you where to find every secret rune in Minecraft Dungeons as well as how to trigger the rune quest after beating the main story on the default difficulty.

By the end, you’ll be ready to unlock the hidden final level, where you’ll face off against the fiercest enemies in the game. Forget the Arch-Illager, forget the Heart of Ender, we’re talking angry Mooshrooms.

Runes are collectible items in Minecraft Dungeons that can be used to trigger a secret portal located on a wall inside the church in your camp. There are 10 in total, one for each level in the game, and finding them will require you to keep an eye out for special switches hidden throughout each level.

However, in order to get runes to appear, you’ll have to have beaten the game on the default difficulty and unlocked the church in your camp. To access this area, make your way to the large church located in the south-eastern part of your camp.

At first, the entrance will appear inaccessible. However, if you look just south of the ruins located on the other side of the church (past the pressure plates you can jump on), you’ll find a narrow gap between two groups of trees. Once you’ve made it to the church’s exterior, pull the lever by the entrance to lower the drawbridge and create a shortcut to the area for future use.

Next, head inside the church and walk to the back of the church where you’ll find a wall with a button in front of it and nine symbols above. Upon pressing the button, any runes you’ve collected will be activated and cause the symbols on the wall to glow purple.

Where To Find Secret Runes

To find all 10 runes, you’ll have to replay each level and look out for hidden switches, which are usually indicated by the presence of unusual objects or terrain. The first rune is obtained by completing the main story, meaning you only have to search for the remaining nine. Although each rune location is cleverly hidden, there are some useful tips to make tracking them down a whole lot easier:

With all this in mind, you should be ready to start rune-hunting. Below you’ll find the location of each rune in the order they appear on the church’s wall from left to right, beginning with the top row then moving on to the bottom.

To find the rune located in Creeper Woods, you’ll have to complete a majority of the level. After reaching the objective that asks you to free a group of villagers, look for a stone crypt built into the ground towards the left side of the area where the trapped villagers are being held.

Next, search for a nearby cluster of stones which house the hidden switch. Upon pushing the switch, the door to the crypt will reveal itself, allowing you to enter and collect the rune.

You’ll find the Pumpkin Pastures rune about halfway through the level on top of the stone castle wall. When you get to the area, you’ll see what appears to be a dead-end with a cluster of crates.

However, these crates are actually hiding a switch that can be pushed to open a hidden door at the end of the path. Once activated the button, the door will reveal itself, and you’ll be able to collect the rune.

The Soggy Swamp rune can be found towards the end of the level, just before reaching the exit. Look for a large stone pillar almost entirely surrounded by water. At the base of the pillar, you’ll find the hidden switch that can be pushed to open a hidden door.  Head inside and collect the rune.

Arguably one of the more difficult runes to find, the Redstone Mines rune can be found at the second location where you’re tasked with freeing a group of villagers. To find the hidden switch, search the left side of the room for a cluster of Redstone located near the entrance to the next area.

You should find the switch on the ground behind the Redstone and, upon pushing it, reveal a hidden entrance nearby. Make your way inside and collect the rune.

One of the easiest runes to obtain, the Fiery Forge rune is located near the beginning of the level. To find it, locate the switch near the Redstone Golem on the ground near the entrance of the room. After pushing the switch, a doorway will reveal itself. Go inside and collect the rune.

To find the rune in Cacti Canyon, head to the area just outside where you find the Blue Golem key. To the left of your character, you should see a palm tree with a hidden switch on the ground beside it.

Upon pushing the switch, a door will open up at the back of the Blue Golem key room. Go inside to collect the rune.

The Desert Temple rune is located in the area where you’re tasked with finding the Gold Golem key. In the corner of the room, just outside where the key is, look for a palm tree with a hidden switch behind it. Pushing the switch will reveal a secret entrance you can go through to collect the rune.

To find the Highblock Halls rune, make your way through the level until you reach an outdoor village with two branching paths that will take you inside the castle to crash the banquet. One is a path with some steps heading north-west while the other is a hidden well located north-east.

Take the north-east path and continue until you come upon a switch on a wall with stained glass windows above. Upon pushing the switch, a door will open, allowing you to collect the rune.

The Obsidian Pinnacle rune is located inside the library area roughly halfway through the level. Once you get there, eliminate the mobs while making your way to the back of the room where you should see a bookshelf. Interact with one of the books on the left side of the bookshelf to trigger a hidden entrance.

Once inside, collect the rune and open the two chests for a chance to get some powerful loot. This rune is unique in that it’s the only one to feature a level within a level.

How To Unlock The Secret Cow Level

After obtaining every rune in the game, return to your camp and go to the church using the now open drawbridge. Head inside and activate your runes at the back wall portal to reveal a hidden doorway.

Inside this room, you’ll find a scroll labeled along with two chests containing loot. After picking up the scroll, a new location called ‘???’ will appear on your map in the top left corner just above Creepy Woods and Creepy Crypt.

Travel to the new level where you’ll be met by an army of Mooshrooms, a rare mob type found in Minecraft. Normally docile, the Mooshrooms that appear in this level are instead quite hostile. This seems to be a nod to Diablo II’s secret cow level, which later also appeared in Diablo III.

At the end of the level, you’ll battle a boss called the ‘Mooshroom Monstrosity.’ While there’s no special reward for completing the secret cow level, it still a fun Easter Egg that pays homage to the classic dungeon crawlers that inspired Mojang to create Minecraft Dungeons. 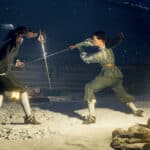