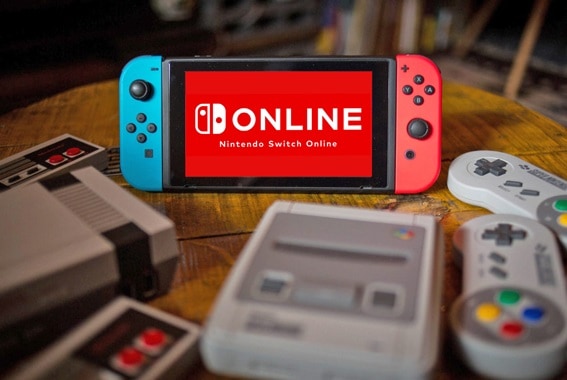 The Switch has become the go-to platform for playing a wide range of third-party games and Nintendo exclusives. It’s also given many indie games a second life beyond PC and ushered in a new wave of retro-inspired pixel art games.

However, with the good comes some bad for longtime Nintendo supporters. The launch of the Switch meant the end of free online multiplayer as Nintendo announced a paid subscription known as Nintendo Switch Online.

Here, we’ll be outlining the cost of Nintendo Switch Online, which features are included, and suggestions for improving the service.

Make sure to check back for updates as Nintendo continues to expand Switch Online’s offerings.

There are two types of Nintendo Switch Online memberships available for Switch owners to purchase: Individual and Family. Below we’ve provided the pricing for each option:

Additionally, Amazon Prime users can get up to 12 months of Nintendo Switch Online for free by linking their Nintendo account to an existing Twitch Prime account.

If you’re unsure which or how long you should sign-up for, consider how frequently you use your Switch to play games online.

Thankfully, Nintendo Switch Online has a fairly low cost compared to services like Xbox Live and PlayStation Plus.

Before the launch of Nintendo Switch Online, players were able to access online multiplayer in games like Splatoon 2 and Mario Kart 8: Deluxe at no additional charge.

Now, users have to cough up a few bucks to Nintendo if they want to access online features for any first-party Switch titles along with most third-party games.

The only exception is Fortnite, which can be played online with or without a Nintendo Switch Online subscription.

Signing up for Nintendo Switch Online grants you access to a growing library of free NES/SNES titles as well as Switch Online exclusives like Tetris 99 and Super Mario Bros. 35.

For retro titles, Nintendo has included the ability to create save states and use alternate displays such as 4:3, Pixel Perfect, and even a CRT Filter. Lastly, some NES titles have been expanded to support local and online multiplayer.

As of 2019, Nintendo has more than doubled the amount of NES games offered with the service, adding a few more each month since the service first launched.  Here’s a list of all the NES games currently offered:

In September 2019, Nintendo announced that they would be expanding Switch Online’s game library to include a wide selection of popular and well-known SNES titles. Here’s a list of all the SNES games currently offered:

By default, Switch online subscribers can only access these games when connected to the internet. However, you have the option of downloading them to play offline for up to seven days at a time.

If you were to cancel your subscription or allow it to lapse, you would lose access to any free games, similar to PlayStation Plus and Xbox Live Games with Gold.

These can range from exclusive product offers such as NES/SNES controllers to in-game content for first-party games like Splatoon 2 and Animal Crossing: New Horizons.

A feature the Switch was desperately lacking at launch was the ability to back up saves via the cloud. Now with a Nintendo Switch Online subscription, users can upload their saved data to the cloud and ensure their progress isn’t lost should their console break.

While the feature is supported by a majority of Switch games, there are a few exceptions. Here’s a current list of all the titles that do not support cloud saves:

Another factor to consider is that if you plan on canceling your service or allowing it lapse, any cloud saves you’ve created would only be available for six months after your cancellation date.

If you were to reactivate your service before then, you would regain access to all of your data. However, if you allow the six months to pass without reactivating, your cloud saves may be permanently deleted.

A major criticism of the Switch is that it lacks support for voice chat or any sort of messaging system. This is something many Switch owners anticipated Nintendo would address with the launch of Nintendo Switch Online.

While they have added some support, unfortunately, voice chat is currently only possible through the free Nintendo Switch Online smartphone app for Android and iOS. The app must be open on the user’s device while they are playing with friends.

Fortnite is the only exception to this rule, with the Switch version allowing for native voice chat directly through the console.

Another feature users were hoping to see bundled with Nintendo Switch Online was Virtual Console, which was first introduced on the Wii as a means for playing classic Nintendo games from previous generations.

With the addition of select NES/SNES titles offered to subscribers, many are hopeful Nintendo will expand the free library to include games from other Nintendo systems such as the N64, Game Boy, GBA, Game Cube, Wii, DS, and 3DS catalogs.