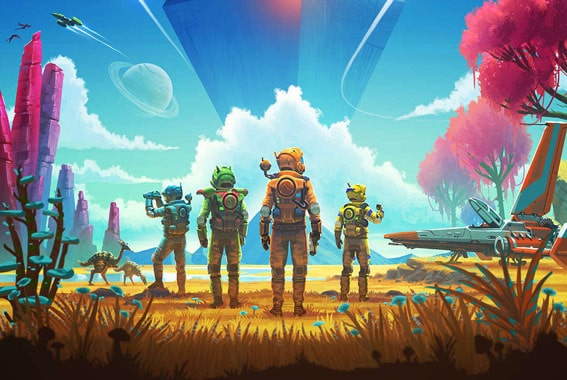 No Man’s Sky is in a much better state today than it was when it first launched in 2016. Developer Hello Games has spent the last three years investing a great amount of time and energy to deliver the kind of game they originally set out to create.

The reception has been overwhelmingly positive, with many lapsed players returning to join the existing NMS community and check out how much the game has improved. Here, we describe in detail what new features and changes players can expect to see in the most recent Beyond Update and why now is the perfect time to jump back into No Man’s Sky.

The Current State of No Man’s Sky 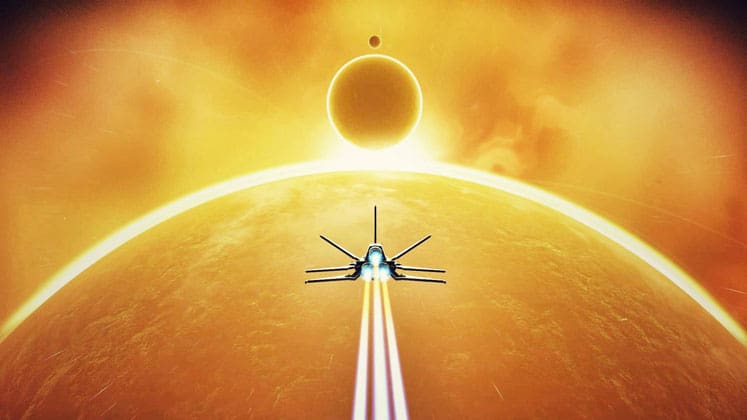 First, there was the Foundation Update in November 2016, which added base-building along with two new game modes: Survival and Creative. In March 2017, the Path Finder Update added the ability to share bases with other players and craft new Exocraft vehicles. Later that year in August, The Atlas Rises Update would see improvements to the game’s story mode, adding approximately 30 hours of content in addition to new procedurally-generated missions.

Titled Next, the fourth major update was released in July 2018 and went on to be regarded as the most significant update since the game first launched. Included in it was an expanded multiplayer experience that allowed up to four players to team-up, improvements to base-building, and a complete overhaul of the game’s engine.

By this time, it became clear that Hello Games had hit their stride and were actively listening to the community.

In August 2019, Hello Games rolled out their latest update, aptly named Beyond. Centered around three major pillars, Beyond builds upon previous updates while offering a glimpse of the future of NMS that Hello Games has planned.

What’s New in No Man’s Sky Beyond?

Although NMS’ current multiplayer system first debuted in Next, the Beyond Update takes it a step further by introducing the Nexus, a new social space that can be summoned into any system the player is currently in. The hub area serves as a space station where 16-32 players can interact with one another, browse through the shops, take on new missions, and use a teleporter to visit other players’ bases or check out featured creations from the NMS community.

The Nexus might remind you of a social space from another sci-fi game—The Tower from Destiny. Hello Games appears to be taking some cues from Bungie’s space-shooter in order to flesh out NMS’ multiplayer experience and encourage cooperative play. 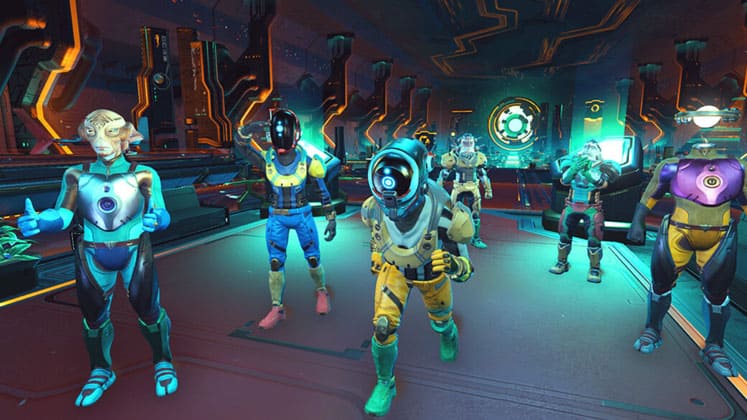 These changes extend beyond just the Nexus and affect NMS on a fundamental level. Now, if you land on a planet that other players are exploring, you’ll be able to see their full character model and interact, whereas before you’d be completely alone. On console, the maximum player count when exploring has been increased from 4 to 8, with PC supporting up to 32.

A new batch of Nexus missions has been added, including a new mission type called Base Construction. A majority can be completed either solo or with a squad and now include Quicksilver as part of their rewards, which can be used to unlock special customization options and building parts.

Voice and networking features also make it easier than ever to group up with nearby explorers, and PC players can now benefit from an expanded chat interface. 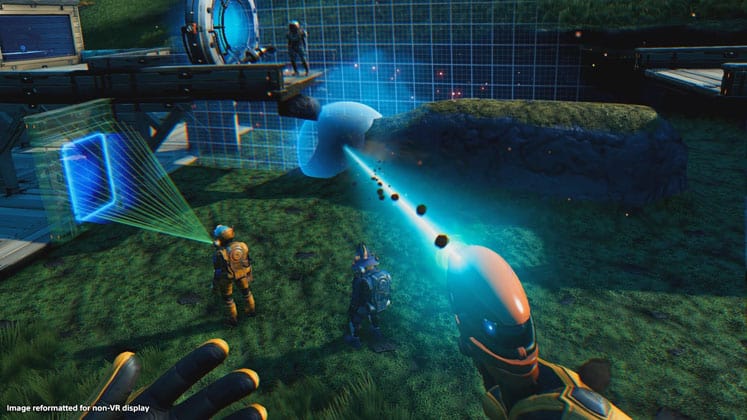 Beyond adds support for virtual reality, allowing you to play the entire game using PSVR, Oculus, Vive, and Index. The VR version of NMS includes a new UI as well as a variety of control schemes to choose from, with the option to travel normally or to teleport between locations.

Additionally, VR players have been granted the ability to grab collectibles with their hands, punch objects to cause damage, physically open cockpits, and pilot starships directly using a VR throttle.

What’s more, every activity from the base game can be achieved in VR without any compromises. This includes allowing VR players to interact with and join non-VR players. This is by far one of the more impressive new features included with Beyond as it provides a new, more immersive way to play the game. 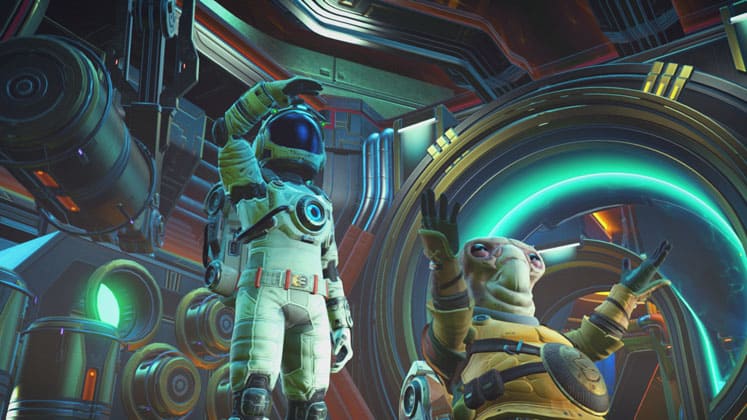 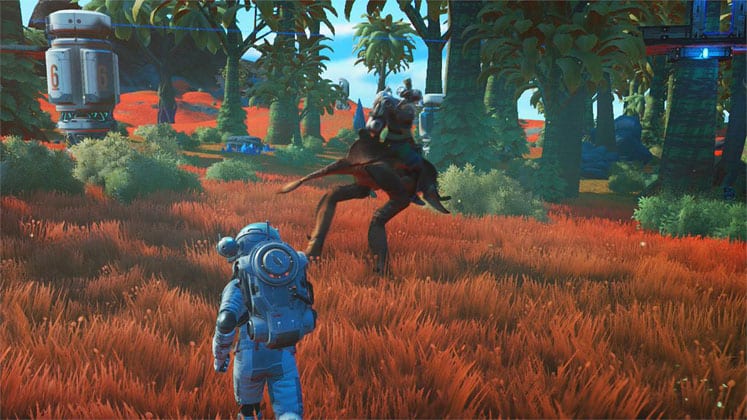