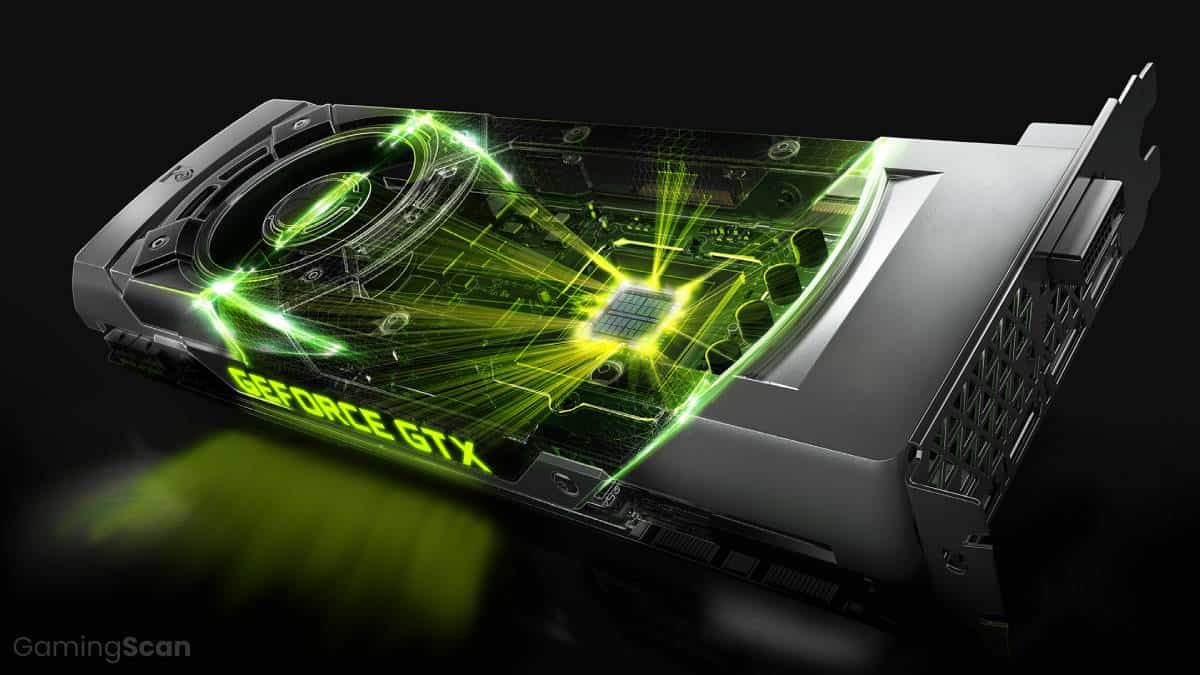 Update: The RTX 3000 series GPUs have been released.

t’s that time of the year again – the new generation of Nvidia GPUs is on the horizon, and the internet is abuzz with news and rumors.

The latest architecture will be dubbed “Ampere,” named after André-Marie Ampère, continuing the Nvidia tradition of naming their GPU architectures after famous, influential scientists.

So, what can we expect from Nvidia Ampere GPUs? What kind of performance will they offer, at what price, and how will they compare to their Turing-based predecessors? We’ll go over everything that we know so far in this article, so read on!

First, let’s answer the question that some readers are undoubtedly interested in the most – just when exactly will the new GPUs drop?

Well, Nvidia hasn’t come forward with an exact date yet, though it’s safe to assume that the release of the first Ampere GPUs will likely take place in September, with the rest of the lineup following over the next few months, as was the case with the Turing GPUs.

Even if the official reveal ends up being postponed, it’s pretty much certain that Ampere will make its debut before the year is out, what with AMD preparing for the “Big Navi” reveal and with the next generation of consoles arriving in November. However, we’ll just have to wait some more for Nvidia to announce the exact date.

There have been a number of leaks regarding the hardware specs of Nvidia’s upcoming Ampere flagship, the RTX 3080 Ti, suggesting that the high-end GPU might feature anywhere from 4352 to 5376 CUDA cores and 10-12 GB of GDDR6 RAM, with some leaks claiming that the GPU will be able to manage a boost clock of 2.2 GHz, all of which should add up to about 21-23 TFLOPS of computing power, which is way ahead of the 14 TFLOPS offered by the RTX 2080 Ti.

The GeForce RTX 30 Series GPUs will also be manufactured using a 7nm process, which means we should expect a noticeable jump in performance and power-efficiency. AMD’s RX 5000 series GPUs already made that jump last year, so 2020 will be a good time for Nvidia to catch up.

All in all, the upcoming Ampere GPUs look good on paper, for now, if the leaks are to be believed, but we can’t know anything for sure until the official specs are revealed. Besides, as is always the case with gaming hardware, on-paper specifications are hardly a good way to estimate performance, so how will it fare in practice?

Naturally, there have also been some leaked benchmarks that supposedly show the actual performance of upcoming Ampere GPUs. Most notably, there’s the 3DMark Time Spy benchmark that shows an unknown Ampere GPU delivering performance some 30% better than that of what a Founders Edition RTX 2080 Ti running stock settings could manage.

Of course, we don’t know which GPU it is and synthetic benchmarks are still hardly indicative of actual in-game performance, so again – we’ll just have to wait and see how the specific Ampere models will fare when it comes to running games.

Something worth noting is that Ampere will allegedly also focus on improving real-time ray tracing performance, potentially delivering performance four times better than what the Turing GPUs could manage.

Obviously, if it’s true, this would largely eliminate the massive performance hit that ray tracing usually delivers with RTX 20 series cards, thus making it a more viable feature for mid-range systems and encouraging developers to implement it in their games.

Now, pricing is probably the most interesting part when it comes to the upcoming Ampere models. Why?

Well, for years, Nvidia had virtually no competition in the high-end, as AMD GPUs stuck to the low-end and the mid-range. Now, with “Team Red” preparing to launch Big Navi and finally put up a fight when it comes to powerful high-end GPUs, the competition is guaranteed to shake up the prices a bit.

Truth be told, the high-end RDNA 2 GPUs don’t necessarily need to outperform the competition. Rather, all they need to do is offer better value i.e. offer more frames-per-dollar. Since AMD has already done a good job in that department with the likes of the RX 5600 XT and the RX 5700 XT, their new GPUs should hopefully fare quite well, too. Assuming, of course, that AMD doesn’t shoot itself in the foot with driver issues again.

That said, hopefully, we won’t be seeing any quadruple-digit price tags from Nvidia this time around, at least as far as the mainstream gaming lineup is concerned. However, as before, this is all speculation and we can’t know what the prices will look like until the official announcement.

All in all, we’re very excited to see what 2020 has in store when it comes to gaming. With the new consoles rolling out and with AMD preparing their heavy-hitter, it will be quite interesting to see how Nvidia will respond, how their GPUs will perform, and what sort of pricing we can expect. The competition between Team Green and Team Red is tighter now than it has been in ages, and fortunately, competition is always a win for the consumer.