If you thought that the Pascal architecture was impressive, just wait until you see what its successor – Volta – has to offer!

With Volta, Nvidia continues the trend of naming their GPU microarchitectures after famous scientists. This time, it is named after Alessandro Volta, a renowned scientist who invented the electrical battery and whose name is used as an electrical measurement unit – the volt.

So, how does the Volta architecture improve upon that of its predecessor? We will be providing you with an overview of its capabilities, performance, as well as the expected release date and pricing.

The Volta chips are manufactured using a 12 nm process, as opposed to the 16 nm and 14 nm processes used in the manufacturing of Pascal chips. What this means is that the Volta will be both more powerful and more power-efficient.

So far, the only actual Volta GPUs released are the Titan V and the Tesla V100. However, we can use their specifications to estimate just what we can expect from the upcoming mainstream GPU lineup.

What Are Tensor Cores?

As you can see, there is a big addition to the Volta cards’ specification sheets. Not only are they coming with 25% more CUDA cores, but they also introduce brand-new Tensor cores.

So, what is this technology about? Essentially, Tensor cores are a crucial step towards advanced machine learning and will greatly improve the GPU’s computing capabilities. For gaming, however, their benefits are rather dubious.

First and foremost, a game (or any program, for that matter) would need to be written with these cores in mind if it is to take advantage of their computing power, similar to how PhysX worked before. But we all know how PhysX worked out, unfortunately – it was little more than a marketing gimmick due to how few games utilized it properly.

In the end, the fate of Tensor cores in gaming lies entirely in the hands of the developers. Indeed, their vast computing power could mean significant performance improvements, but the world just may not be ready for them yet. Once Nvidia starts releasing Volta-based consumer graphics cards, it is likely that we will only see Tensor cores included in the high-end models to incentivize developers, as including them in every low-end and mid-range graphics card would merely needlessly inflate the prices. 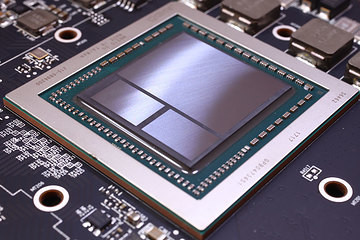 There is hardly any need to comment on just how superior HBM2 is to GDDR5. Standing for “high-bandwidth memory”, HBM2 and its exponentially greater bandwidth are especially important for the increasingly more popular VR gaming scene.

However, there is one major disadvantage to HBM2 – it is expensive. The main reason for this is that it is still relatively new, so we can expect only high-end and upper mid-range Volta GPUs to make use of it. In contrast, there is no reason for the less powerful non-VR graphics cards to incorporate it just yet.

But enough about on-paper specifications – what about actual performance? Now, seeing as Tesla cards are intended for computing, not for gaming. This is very obvious when you consider that they lack any means of video output. As such, we will be focusing on the first (and so far, the only) gaming Volta GPU available – the Titan V.

As you can see from the above 3DMark test, the Titan V is the undisputed king at the moment. It is a clear notch above the GTX 1080 Ti (a card rivaling the Titan Xp) and is only beaten by a dual Vega 64 setup. However, as soon as the card is overclocked, not even the two Vega cards can measure up against it.

Not interested in benchmark scores as much as you are in actual in-game FPS? Well, as you can see, the Titan V is definitely more powerful than its Pascal predecessors, although it is not as significant a jump as one might have hoped, especially considering all the hype surrounding Volta.

Where the Titan V truly shines, though, are computing tasks. To be more precise, the computing tasks that take advantage of the above-described Tensor cores. Granted, the Titan V is still beastly, especially when overclocked, but the improvements are not quite as significant as those introduced by Pascal over Maxwell.

But all things considered, it is best to wait and see what exactly Nvidia will do with their mainstream Volta GPUs. And much like the case with the GTX 1080 Ti and the Titan Xp, it is possible that we will see a more affordable high-end Volta card that rivals – or even surpasses – the latest Titan.

Volta will definitely release this year, although no exact date has yet been confirmed by Nvidia. What they did confirm is that they will not be launching the new generation of GPUs either at this year’s GDC or their own GTC conference.

As such, we can expect to see the initial Volta lineup somewhere mid-2018. Of course, it still might be closer to the end of the year, but that is highly unlikely considering that two Volta cards are already out. All we can do is wait and see. 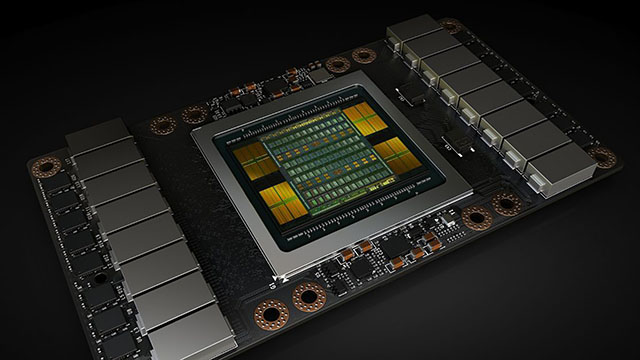 Naturally, since there is still no release date nor a list of models announced, we can only speculate on the pricing. But if Nvidia goes with their established model, it will most likely look something like this:

GT 1130 – An entry-level Volta graphics card intended to be a step up from integrated graphics chips, intended mostly for casual gaming and e-sports. The launch price might be around $100, most likely lower.

GTX 1150 Ti – Over the past few generations, Nvidia had often released a Ti variant of their lower-end GTX X50 cards. It is very likely that we will see this happen again, and that a GTX 1150 Ti would be a way to tackle QHD gaming at around $50 higher than whatever the price of the GTX 1150 turns out to be.

GTX 1180 – A Volta card that will almost definitely master 4K gaming. As its predecessor, it is likely to cost around $600.

Once again, note that the above prices are pure speculation based on the Pascal cards’ pricing. Furthermore, Nvidia might opt to release additional models so as to cater to a higher number of users by having viable solutions at all price ranges.

Truth be told, Volta isn’t as big a news for the gaming community as much as it is for workstation users, as their computing capabilities are truly their strongest suit. However, they may very well mark the rise of QHD and UHD to the status of standard mainstream gaming resolutions, all the while FHD moves closer and closer to becoming obsolete.

Are you excited and planning on getting yourself a shiny new Volta graphics card as soon as they’re available? If, perhaps, you know something that we don’t or simply want to share your opinion on the subject, feel free to let us know in the comments below!

Note: Volta will not be used for gaming purposes, and NVIDIA will instead focus on Ampere and Turing.