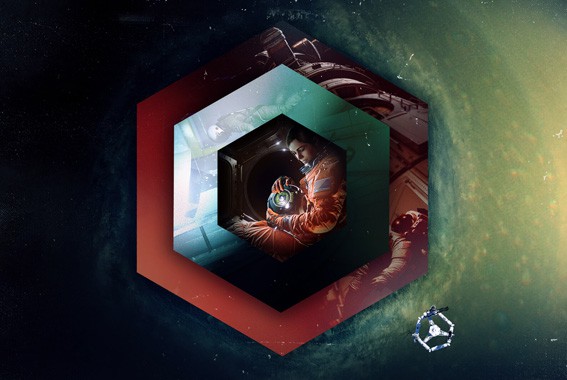 It’s a game I’d recommend for fans of Sci-fi movies and shows like Stranger Things and 2001: A Space Odyssey, or anyone that just enjoys unconventional games.

The game reinforces a lot of the concepts and mechanics fans have come to expect from the indie developer, only on a much larger scale. As someone that’s played No Code’s previous games, it’s great to see the small studio teaming up with Devolver Digital again to release a much more ambitious game.

While Observation takes players along for an engaging and thought-provoking journey that covers just about every Sci-fi trope, there are still a couple of bumps along the road.

This review will be a spoiler-free assessment of what the game has to offer to help you decide if it’s worth your time and money.

A game could have the absolute greatest story to tell, and it would still fall flat on its face if the world built around it wasn’t believable or at least pleasant to look at. Thankfully, Observation delivers on all fronts.

The international space station you’re exploring is packed with details. Some are vital to progressing through the story. Others simply help you immerse yourself in the game’s world.

Navigating through each of the station’s modules often evokes feelings of claustrophobia, as passageways are often dimly lit, become increasingly narrow, and are filled with gravity-less objects that float across the screen. From crew members’ sleeping quarters and offices crammed with personal effects that make them feel lived in, to the intimidating presence of a dark void surrounding the station’s walls, Observation is regularly employing specific atmospheres to help tell its story.

My only criticism would be the game’s inclusion of physically-present NPCs, which at first felt like an improvement over Stories Untold until I realized they could have been executed much better. A majority of interactions with characters happen up-close, drawing undesired attention to stiff animations and hyper-realistic character models that stray a bit too far into uncanny valley territory for my tastes.

Observation is played from the perspective of SAM, an artificial intelligence that’s been rebooted following an unexpected disaster that disabled the majority of the station’s power.

The person responsible for bringing you back is Dr. Emma Fisher, the apparent sole survivor of the ship’s crew who desperately needs your help to find the rest of the crew and get things back in order. The two of you team up and begin repairing the station’s interior and exterior components, as increasingly strange discoveries continue to surface.

To keep things intentionally vague, I’ll just say that the story takes a few twists that, while somewhat predictable, do an excellent job of keeping you invested and entertained.

I think the decision to have the player control an omniscient AI is a great plot device as it sets up a lot of “fly on the wall” scenarios where you’re given access to information that your human crew isn’t. At the same time, SAM has his motivations, which come into play as the story progresses. It will conclude with a grand realization that feels mostly satisfying, aside from some lingering unanswered questions.

The majority of the game is spent exploring the station’s interior and exterior, as well as solving a range of puzzles that involve memorization, locating characters or objects, and communicating with Emma.

It’s here that No Code’s ability to create bite-sized experiences come into play, as SAM is constantly working on small tasks that chain together. As a result, you end up feeling like an authentic AI that has a seemingly infinite number of tools at their disposal, as well as clearly defined procedures for how to use them.

There were a couple of times where I felt like I had reached a wall and couldn’t progress past a particular puzzle or find an object I was supposed to be looking for.

For instance, an external connector that needed repairing took way longer to find because I didn’t know how to differentiate between the station’s modules, which all share the same exterior appearance.

Had there been some way to highlight objects that were relevant to my current objective, it would have gone a long way to addressing the more tedious parts of navigating Observation’s environments.

Furthermore, the game’s camera controls aren’t ideal for first-person exploration, as turning in a new direction often felt imprecise and a bit wonky, regardless of any adjustments made to the look sensitivity level. By the end, I got used to working around these issues, but I still feel it’s worth mentioning.

I think developer No Code is on to something great with their unique approach to designing titles that push the boundaries of the adventure game genre.

Well-designed puzzles and an enticing story carefully paced out across its 5 ½ hour runtime, place Observation a step above your average “walking sim.”

The game serves as a benchmark for the direction the studio seems to be heading in and I’m eager to see them work out the kinks for their next project.