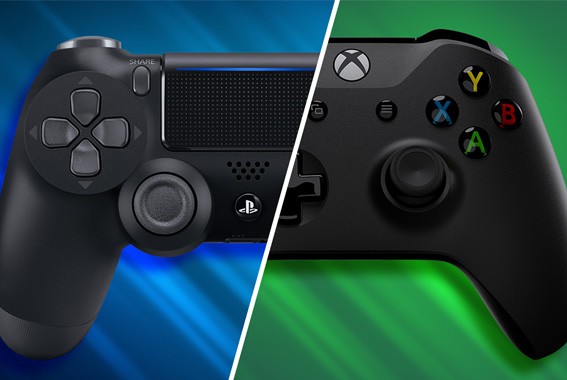 Overall, PlayStation Now is much cheaper with a yearly subscription and has a significantly wider selection of games.

However, the Xbox Game Pass offers better value (especially the Ultimate plan, which includes an Xbox Live Gold subscription) and is more convenient because it allows the user to play all the games locally on their console or PC, whereas PS Now only allows for a selection of PS4 games to be played locally on a PS4 and the rest need to be streamed.

As digital distribution and streaming continue to rise in popularity, two of gaming’s biggest competitors—Microsoft and Sony, have attempted to get a head start by rolling out their own gaming subscription services.

Although you’ll find a lot of overlapping titles offered with both subscriptions, the similarities pretty much end there. When it comes to price, quality, and accessibility, you’ll find that Game Pass and PS Now differ greatly, and this leads to the titular question: which of the two gaming subscription services is better?

Here, we’ve broken down the pros and cons of each subscription as well as how they stack up against one another across different categories.

Make sure to check back as we’ll be updating this guide n the future as both services continue to evolve.

And if you’d like to receive more gaming recommendations, consider reading through our other curated lists:

First, let’s take a look at what will be the be-all and end-all for a number of gamers who are considering using one of these two services: the price. And at the moment, Sony has the lead in this department.

While the monthly and tri-monthly plans offer fairly good value, the yearly subscription brings the monthly price down to only $4.99, which is simply a great deal considering the kind of content that you’d be getting access to.

As for the Xbox Game Pass, the situation is a bit different. The monthly plans offered by Microsoft for this service are as follows:

The first two plans simply offer the user the standard Game Pass features on the Xbox One and on PC respectively i.e. the access to the game library, some exclusive discounts, and day-one access to Xbox Game Studio titles when they are released.

However, Game Pass Ultimate is the real deal, as not only would you be getting access to both the console and the PC library of games, but you’d get an Xbox Live Gold subscription thrown in at no extra cost. This allows access to multiplayer, extra discounts, and 2-4 additional free games each month that you can play for as long as your subscription is active.

We’ve gone over the pricing, but the question remains – what exactly does either service get you when games are concerned?

At the moment, PlayStation Now has a much larger library than Game Pass does. It offers over 800 games, covering a selection of PlayStation 2, PlayStation 3, and PlayStation 4 titles. Overall, it has something for everyone – from popular AAA games and first-party exclusives to smaller indie releases. You can take a look at what exactly Sony is currently offering here.

Meanwhile, Game Pass only offers about 400 games split between the console and PC plans, though the selection is still quite varied. You can check out the current state of the Game Pass library here.

That said, PlayStation Now offers users roughly twice as much content, potentially for less money, but as mentioned above, Game Pass Ultimate also includes an Xbox Live Gold subscription that gives users access to a few extra games that are then bound to the user’s account permanently and can be played for as long as the subscription is active.

In any case, both services offer quality but PS Now still has more quantity on top of that. However, which of the two ultimately offers better value is entirely dependent on the user’s tastes and what they want to play.

And finally, there is the question of convenience. Just how easy are the two services to access and what platforms do they support?

In this department, Microsoft has the lead. All of the games available on GamePass can be downloaded and played locally on either the Xbox One, the PC, or both, depending on the game in question. At the moment, Game Pass doesn’t support streaming, but as mentioned above, this will change in the near future with Project xCloud.

Meanwhile, with PS Now, only a selection of PlayStation 4 titles can be downloaded and played locally on a PlayStation 4 console, and the majority of the games have to be streamed. Needless to say, this is far from ideal for those who don’t have access to a  fast and stable internet connection.

In addition to the PS4, PS Now is also available on PC, but with some restrictions. Namely, all of the games have to be streamed and can only be played using a DualShock 4 controller if you don’t want to bother with emulators.

So, with all of that out of the way, which of the two services is ultimately better?

Well, obviously, they both have their strengths and weaknesses, and the final decision will inevitably be a subjective one.

If you’re mainly concerned with the pricing, PlayStation Now is definitely the cheaper option if you’re willing to make a long-term commitment. As mentioned before, a yearly subscription brings the monthly price down to only $5, and while it is matched by Game Pass PC which costs only $5 per month, keep in mind that PS Now has a much larger library of over 800 games compared to less than 200 that are currently available with Game Pass PC.

However, there’s always Game Pass Ultimate which, while it is more expensive, still offers great value for your money as it combines the Game Pass Console plan, the PC plan, and Xbox Live Gold. Together, these three are worth a total of $25 per month, but Game Pass Ultimate grants users access to all three for only $15.

As far as the library is concerned, quantity doesn’t equal quality, and while both services have a varied selection of great games, it’s always a good idea to simply check both libraries out for yourself and see which service caters more to your tastes.

Finally, there’s the matter of convenience, and there’s no denying that the Xbox Game Pass will appeal more to those who don’t have a fast, stable internet connection, as all the games can be played locally on their supported platforms.

With all that said, you should have enough information to decide on which of these two services would be a better fit for you. 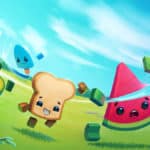