For more than two decades, Pokémon has almost exclusively been regarded as a handheld only series, starting with Red & Blue on Game Boy and as recently as Ultra Sun & Moon on 3DS. However, much like the Pokémon creatures that players collect and battle, the JRPG must evolve to change with the times.

Pokémon Sword & Shield is that next stage, transitioning from traditional handhelds to the much more versatile Nintendo Switch. And with big changes come even bigger questions, especially for long-time Pokémon fans who are curious about where the series is headed.

Here, we’ll be covering everything you need to know about the upcoming Switch exclusive and highlighting the many features and changes included in Sword & Shield. We’ll be updating this story in the future with new information, so make sure to check back.

The game was first teased at E3 2017, where Pokémon Company CEO Tsunekazu Ishihara announced that Game Freak had begun development on the next core RPG Pokémon title. We would receive additional information during various Nintendo Directs, including the most recent September Direct.

Sword & Shield are currently available for pre-order, including a double pack bundle that includes a copy of each version. 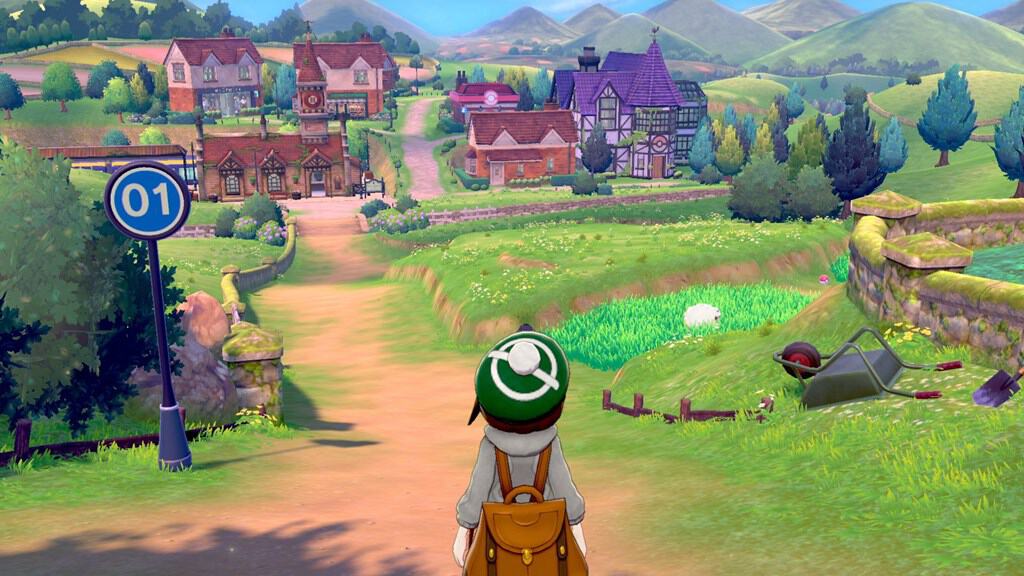 Sword & Shield will take place in the UK-inspired Galar region, which is comprised of multiple environments ranging from small rural villages, bustling urban cities, icy mountains, mineral-rich caves, and massive stadiums. Along with the new region comes a new cel-shaded visual style that maintains the 3D-perspective of recent titles, including the ability to rotate the player camera freely. 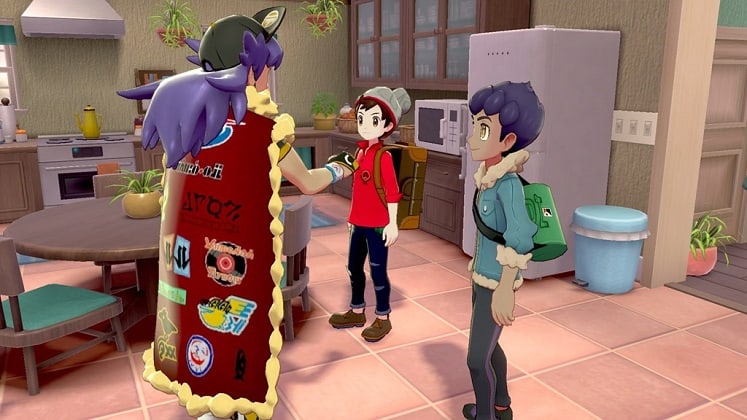 At the start of your adventure, you’ll be introduced to Professor Magnolia, the Professor of the Galar region, along with her assistant and granddaughter, Sonia.  Gym battles will be returning in Sword & Shield and we’ve already gotten a peek at the region’s gym leaders, some of which are exclusive to one version:

After defeating each gym leader, you’ll have to face off against the Elite Four before taking on the Champion, Leon, who currently holds the title for “greatest trainer in the Galar region,” having never been defeated. Leon has a younger brother named Hop who dreams of becoming as great as his sibling and begins his Pokémon journey on the same day as you, making him your first rival.

Throughout your many travels, you’ll meet more friends as well as more rivals, including Bede, another trainer shooting for the top spot, and Marnie, a stylish yet formidable competitor with an army of passionate fans called Team Yell. Team Yell will serve as the evil organization for Sword & Shield, as they’re willing to do anything to make sure Marnie becomes champion, even if it means obstructing other challengers, like yourself. 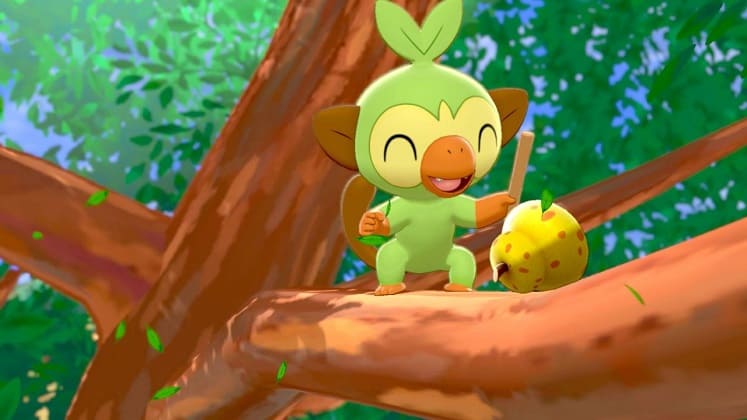 Just like every other mainline game in the series, Sword & Shield will feature new creatures to catch, including some that are exclusive to each version. Here are the three starter Pokémon:

While it’s currently unknown how many new creatures will appear in Sword & Shield, Game Freak recently revealed some of the new Pokémon players can encounter in the wild: 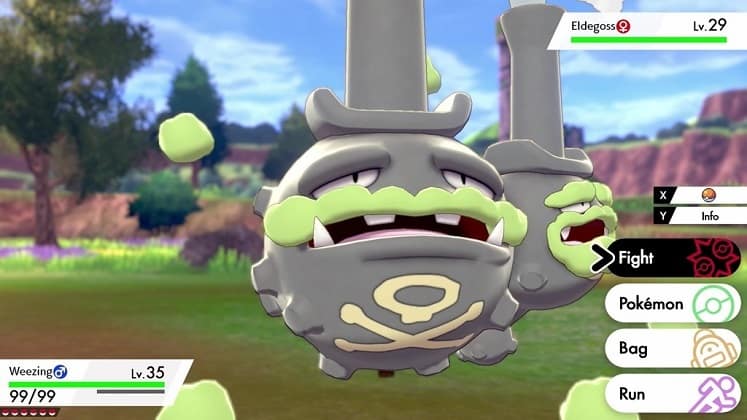 Lastly, the two legendaries for Sword & Shield have also been revealed: 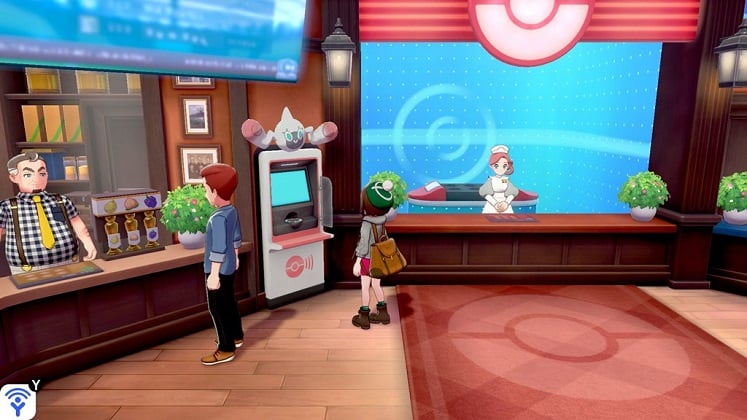 Nintendo’s E3 Treehouse presentation provided us with some more information concerning which Pokémon will be available to catch in the Galar region and/or be traded over via Pokémon Bank. It turns out not every creature from the series’ history will be available in Sword & Shield, at least not at launch.

According to the game’s producer, Junichi Masuda, this decision was made to “keep everything balanced and give all the Pokémon that appear in the games a chance to shine.”

The list includes some obvious fan favorites like Charizard and each of its pre-evolutions, all of the Eeveelutions, and many more. While there is a disappointingly large amount of creatures missing, keep in mind this is by no means the official roster.

Pokémon Sword & Shield Gameplay – What Could Be Changed?

It seems like Sword & Shield is aiming to bring some key new features to the series without disrupting too much of the core Pokémon experience. For one, the games will feature a new “Wild Area” that stretches between cities and spawns different wild Pokémon depending on the weather and the player’s current location. 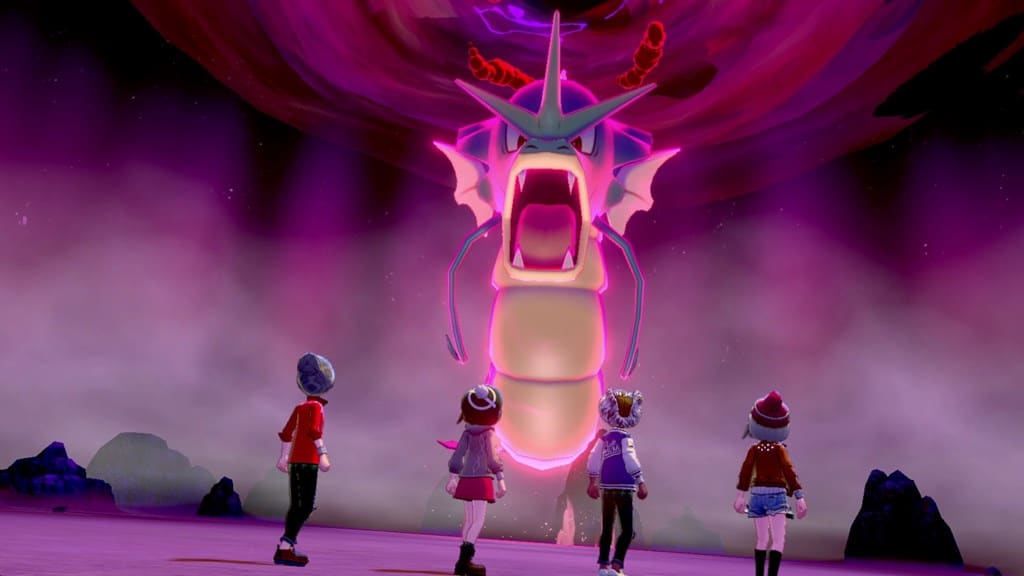 Aside from providing opportunities to catch new Pokémon, the Wild Area will contain beacons that allow players to connect with others via local wireless or online multiplayer and participate in “Max Raid Battles”.

These battles have 4-players working together to defeat wild “Dynamax” Pokémon, a new kind of Pokémon transformation that can be performed once per battle, causing a Pokémon to become massive in size and have their attacks boosted for three turns. 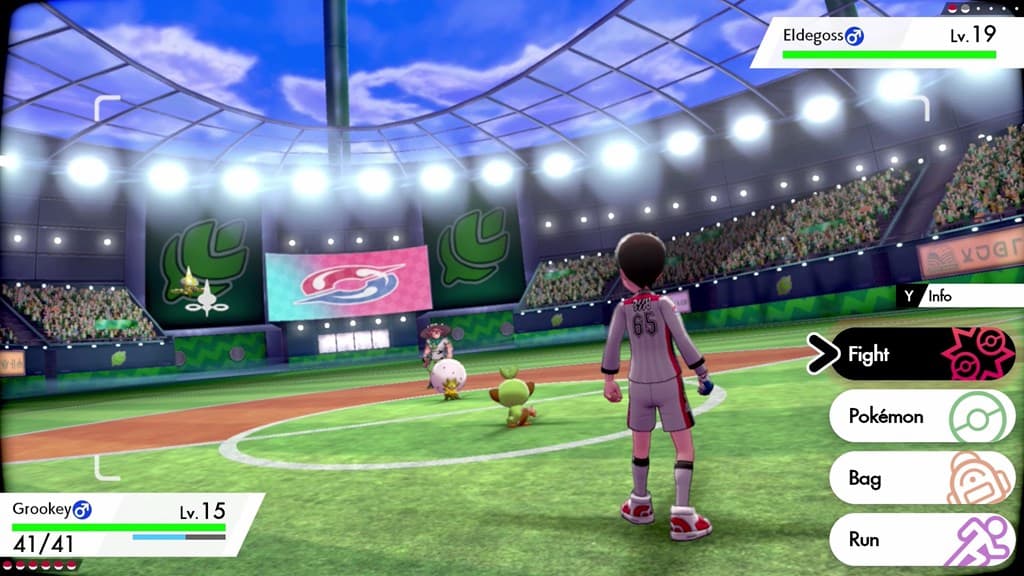 Accompanying this new transformation is “Gigantamaxing,” another transformation that also causes Pokémon to grow in size while changing their appearance and granting access to special G-Max moves. These two new mechanics will replace Mega-Evolutions, which were introduced in X & Y, along with Z-Moves from Sun & Moon.

To accommodate this new feature, Gym Battles have been relegated to massive stadiums that allow for Dynamax transformations. Here, you and your opponent will battle while a large audience watches from the stands.

The mainline games are usually packed with new mini-games and activities for players to explore. Sword & Shield plans to introduce Pokémon Camp​​s, a new feature that allows players to take a break from the action by pitching a tent and spending some quality time with their ​Pokémon.

While in camp, Pokémon will roam freely and can be petted or fed. Another new feature for Sword & Shield is cooking, with the game letting players cook curry over rice to be shared with their  Pokémon. The dish comes in over 100 different flavors which can be unlocked by experimenting with different ingredients.​ 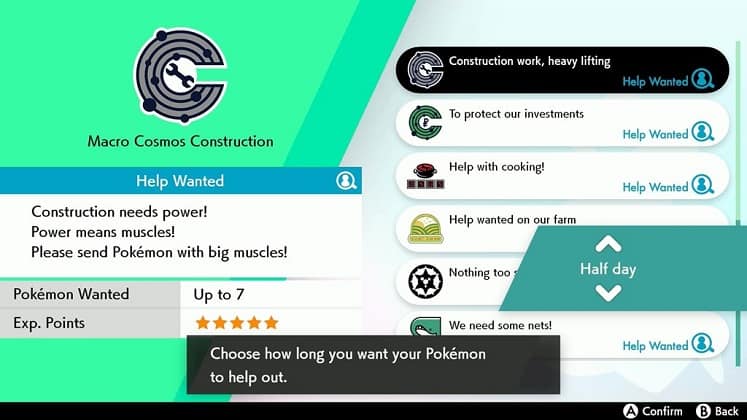 Lastly, Sword & Shield will introduce a new activity called “Poké Jobs”, in which trainers lend out their Pokémon to corporations and universities for specialized projects.

Certain Pokémon types are suited for specific jobs and assigning one to a Poké Job will reward them with XP and rare items. Players will be able to check for available Poké Jobs by visiting the Rotomi stations in PokéCenters throughout Galar.v 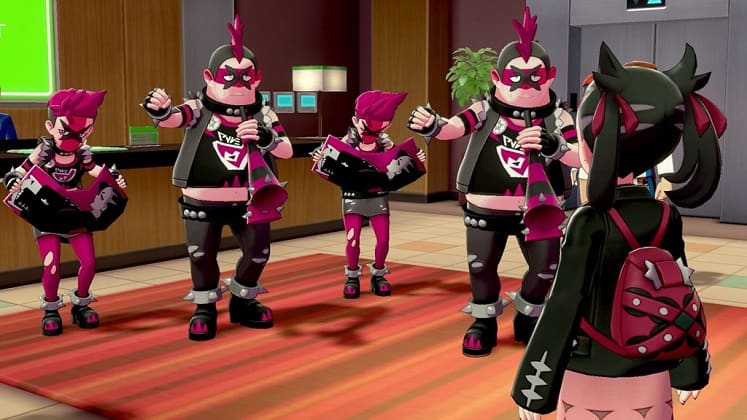 For a series with such a rich and lengthy history, it’s exciting to think about what the future for Pokémon will be. The existence of the Switch has no doubt led Game Freak and other Nintendo studios to search for ways to refine their tent-pole franchises, and much like Pokémon themselves, evolve for a new era of gaming. The addition of new Dynamax transformations and cooperative Max Raid Battles have us eager to see what other new experiences await in Sword & Shield.

In this day and age, it’s difficult for developers to make a sequel that can cater to loyal fans while also drawing in a new group of players. This seems especially true for Pokémon, a series that focuses heavily on player preference. Everyone has a favorite starter, a favorite rival, a favorite gym leader, one generation they prefer over all others, and soon, we’ll all have a preferred Pokémon size.

Looking for something to hold you over until​ Sword & Shield? Check out our curated list of the Best Games Like Pokémon.​