The most significant and most easily recognizable new feature in Pokémon Sword and Shield is the addition of new Dynamax and Gigantamax Pokémon, which are exclusive to the Galar region. These huge Pokémon can be encountered in a variety of ways, most notably in Max Raid Battles.

In this guide, we’ll be explaining how to find and complete Max Raid Battles as well as sharing some tips for catching Dynamax Pokémon.

What Are Max Raid Battles? 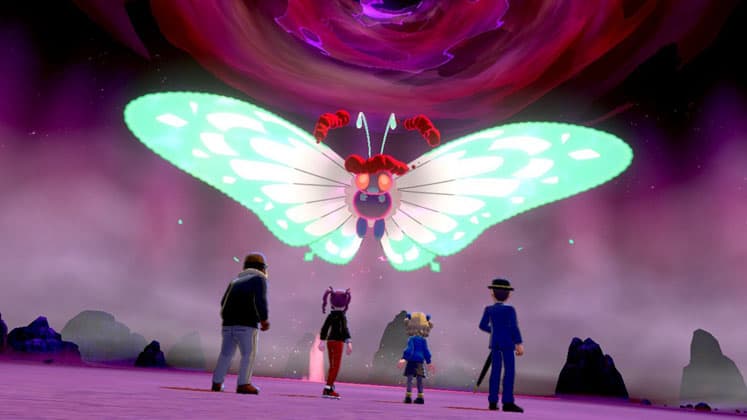 Max Raid Battles are a new type of challenge introduced in Sword & Shield in which up to four players work together to defeat a powerful Dynamax/Gigantamax Pokémon in hopes of catching it.

Each player selects a single Pokémon they want to battle with before being transported to a battlefield where they’ll be able to see other players and their selected Pokémon.

While they can be a lot of fun to grind, there are some useful strategies for finding and catching specific Pokémon. 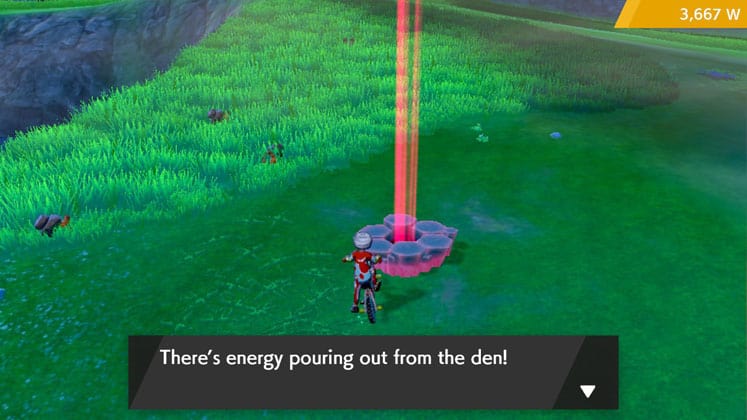 Max Raid Battles are triggered by interacting with Pokémon Dens, which can be found throughout the Wild Area.

Dens with glowing beams of light indicate that a Max Raid Battle is currently available at that Den, with a thin red beam signaling a common Pokémon has spawned and a thicker purple beam for rarer Pokémon.

Inactive Dens can be activated by using a Wishing Piece, which can be purchased from Watts Traders throughout the Wild Area for 3,000 W each.

Interacting with a Den will allow you to see a silhouette of the Pokémon you’re about to battle along with its Star Rating (1-5), with 1 Star indicating a weaker Pokémon and 5 meaning a powerful Pokémon.

Different Pokémon spawn at different Dens depending on the weather, area, time of day, and other factors. If you’re searching for a particular Pokémon that appears in Max Raid Battles, it’s essential to make sure you’re checking the right Dens. We recommend using sites like Serebii to help narrow down your search.

An alternative for finding Max Raid Battles is to join battles other players have posted. You can do this by connecting to the internet and click Y on your controller to pull up the Y-COMM social menu.

Here, you can sift through your activity feed or filter your search to only look for Max Raid Battles. You’ll have a chance to review the Pokémon and Star Rating for the battle before joining.

This is the easiest way to grind Max Raid Battles since they become much easier to complete with other players instead of NPCs. 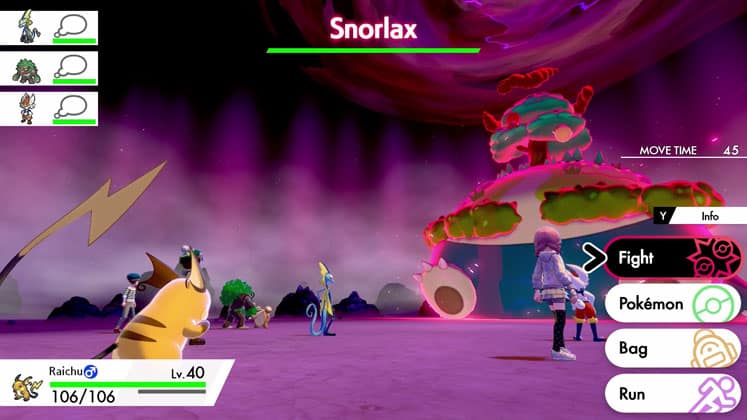 At first glance, Max Raid Battles may not appear that different from standard Pokémon battles. However, some mechanics work differently during Max Raid Battles. The first being how player turns are handled, with players first selecting their turn and watching as the fastest Pokémon goes first.

Second, to balance Max Raid Battles 4v1 structure, Den Pokémon can attack more than once per turn and granted a shield that has first to be destroyed before you can lower their HP.

Third, Pokémon on the same team can target each other, and players can use healing items in exchange for not attacking when it’s their turn. Since Den Pokémon have Dynamaxed, they are immune to most moves with secondary effects such as Flinching, Poison, Sleep, etc.

Dynamaxing during Max Raid Battles is allowed but with some unique conditions. The player who initiates the Max Raid is given the option to Dynamax at the start. Afterward, the player who can Dynamax rotates every turn.

Players will lose the battle if any ally Pokémon is knocked out four times or ten turns pass without successfully defeating the Den Pokémon.

There are a lot of debates regarding how catching mechanics function in Max Raid Battles, but a few prevailing theories have started to emerge.

First, the hosting player has a higher chance of catching the Den Pokémon, with an almost guaranteed catch when using a Premiere Ball. The remaining players can still raise their chances of catching the Den Pokémon by using Ultra Balls, Repeat Balls – if they’ve already caught the same Pokémon before – and Dusk Balls – it’s still unclear if Dens are considered caves.

The likelihood of catching the Den Pokémon is also dependent on how much damage your Pokémon deals throughout the raid.

In a situation where only the host can successfully catch the Den Pokémon, they can quickly close out the game before the raid has ended, load back in, and invite players to run it again. This is much easier to do with friends to ensure each of you can catch the desired Den Pokémon.