Predator: Hunting Grounds is an upcoming asymmetrical online multi-player experience developed by IllFonic, makers of Friday The 13th: The Game, Dead Alliance, and Nexuiz. The studio also played a role in supporting Evolve, another 4v1 multiplayer game that made a switch to free-to-play before being unceremoniously shut down by Valve.

Predator: Hunting Grounds aims to take players on an action-packed adventure set within the Alien vs. Predator universe and is being designed with replayability and character progression in mind. While IllFonic and Sony, the game’s publisher, have shared many details regarding the game’s story and gameplay mechanics, there are still some bits of information they haven’t revealed.

Here, we’ll be covering everything you need to know about Predator: Hunting Grounds, including its release date and the latest news regarding story and gameplay. Make sure to check back as we’ll be updating this story following any new announcements from IllFonic or Sony.

During Sony’s December 2019 State of Play event, a new trailer for Predator: Hunting Grounds was shown. Along with some new gameplay footage, the trailer revealed the game’s release date which is currently April 24, 2020. At launch, it will be available exclusively on PlayStation 4 and PC through the Epic Games Store.

It’s currently unknown whether or not Predator: Hunting Grounds will be ported to other platforms but should there be any new developments we’ll update this story as quickly as possible. Lastly, the game is now available for pre-order with both standard and deluxe versions offering bonus in-game items inspired by the original movie. 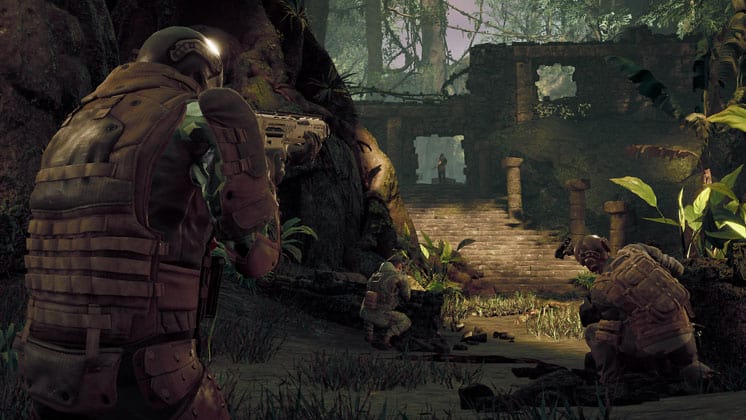 Predator: Hunting Grounds shares a lot of similarities with the original 1987 Predator film it’s based on, specifically in how it’s structured. Just like the movie, the game sees a team of four elite, paramilitary soldiers dropped into a dangerous South American jungle with a mission to complete. Mission objectives will vary between matches but typically involve infiltrating a militia camp, retrieving intel, eliminating any hostiles, and making it back to a helicopter for extraction. 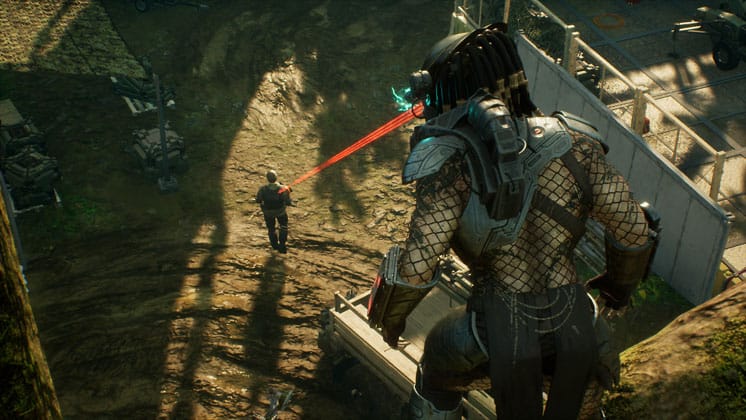 Of course, things are get a bit more complicated once the Predator decides to swoop in and start killing members of the fireteam one by one. The Predator’s objective is a lot simpler: observe the human mercenaries, wait for an opening to present itself, and then strike. If the Predator is able to eliminate all four mercenaries, they win the game; inversely, if even one mercenary manages to make it out alive, it means victory for the humans.

So far, Predator: Hunting Grounds seems to be borrowing a lot of the core concepts from other asymmetrical multiplayer games while still adding a few twists to make the experience fit in with the lore of the Predator films. This includes unique gameplay mechanics as well as weapons and tools inspired by the films. 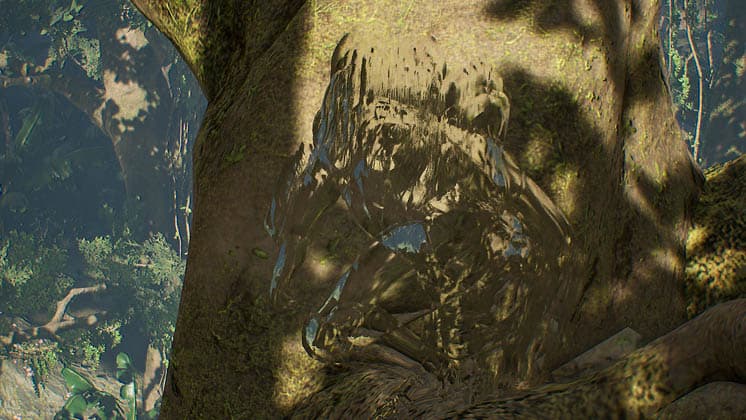 Stealth is a significant component of Hunting Grounds’ gameplay, with both the Predator as well as the human soldiers provided a means of concealing themselves from the enemy. The Predator has the ability to camouflage itself using a gadget that bends light to make it nearly undetectable for a period of time.

Similarly, the soldiers can cover themselves in mud in order to cover up their heat signature, a mechanic that was pulled directly from the first Predator movie. Of course, the Predator still has an advantage when it comes to enemy detection, possessing the ability to detect sound waves whenever guns are fired. 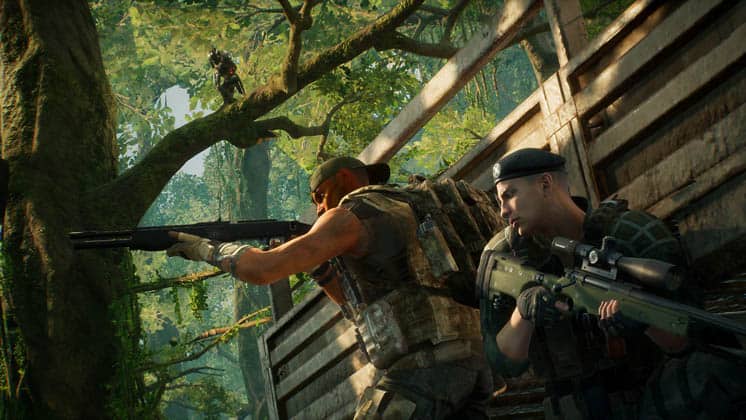 The Predator’s advanced technology and hunting skills makes it naturally tough to balance for a multiplayer experience, even in a 4v1 scenario. However, the team at IllFonic has spent a great amount of time and effort trying to perfect the formula. In a recent Gamescom interview with PlayStation, studio Head Charles Brungardt and Creative Director Jared Gerritzen broke down their strategy for making combat feel balanced and rewarding for both sides.

“The Predator has a finite amount of energy, so when he’s cloaked, using heat vision or firing his Plasma Caster, it depletes his energy bar. That’s one way we’re balancing him — you can’t just run around cloaked, using heat vision and popping off shots all the time,” Jared continues, “His helmet can get blown off which makes him even more vulnerable as he won’t have heat vision any more, and you won’t be able to aim the Plasma Caster, so the shots will be a little off.” 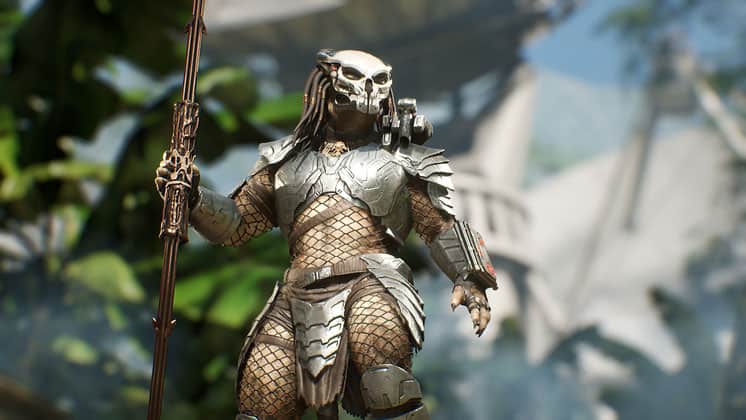 In the film’s lore, the Predator’s Yautja species is depicted as noble warriors who would rather die honorably by taking than their own life before being captured by an enemy. To that point, IllFonic has included the ability to kill yourself as the Predator should you decide to. This can be done in a variety of ways, including using the creatures’ wrist blades to commit suicide or triggering a massive explosion with its plasma-cannon, hopefully taking out a few soldiers in the process.

It’s unclear whether these options will make it into the final game but if so, they’re sure to make for interesting win conditions that connect back to the property’s existing lore. 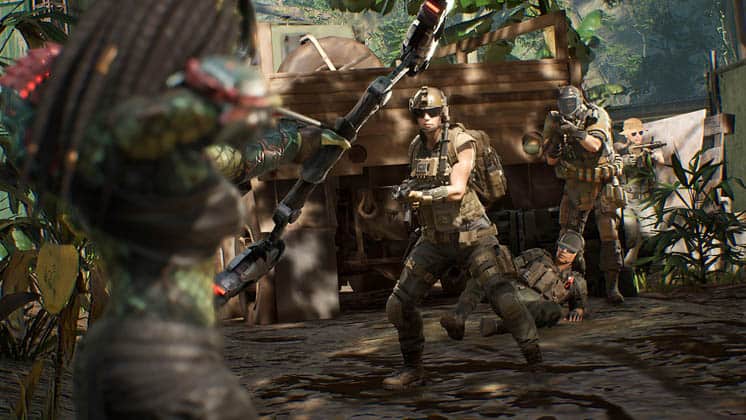 Whether you choose to play as one of the mercenaries or the Predator, there are a number of different options when it comes to keeping yourself alive and outsmarting the enemy. This includes a variety of character classes as well as an arsenal of weapons on both sides. Here is a list of all the weapons and classes that become available when playing as the Predator: 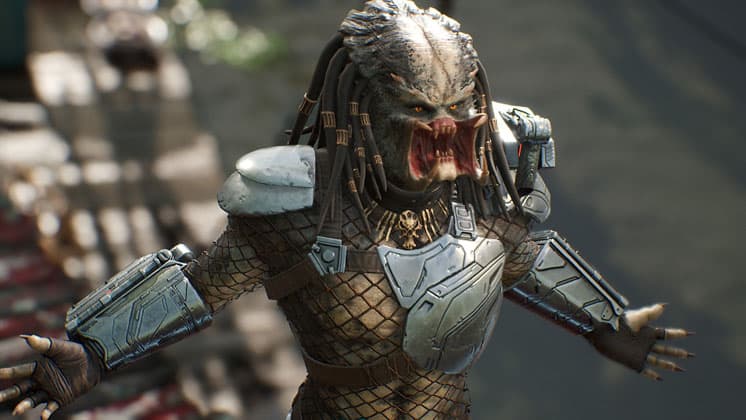 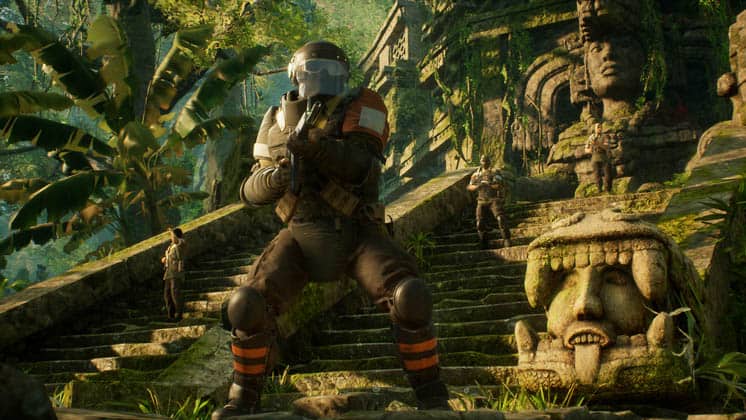 Unfortunately, neither Sony nor IllFonic have shared specific details concerning what weapons and classes will be afforded to the soldiers in Predator: Hunting Grounds. However, following the framework of the Predator’s arsenal, we can expect a great deal of variety and at the very least four different classes to ensure each player has a specific role to fulfill.

In the interim, here’s the description for the soldier faction pulled straight from the game’s store page: “Gain access to a wide variety of options to decide your soldier’s playstyle. Pick a class to determine your proficiencies, equip various weapons to unleash your firepower, and use many more options to bolster your soldier’s loadouts.” 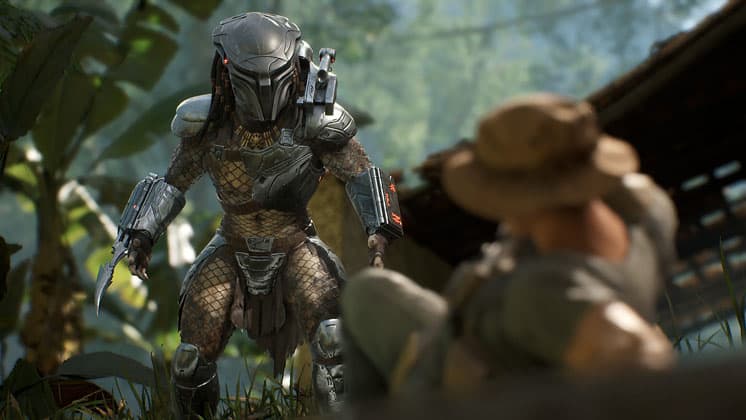 Games based on movie properties are becoming an increasingly rare occurrence outside of the occasional mobile game. However, given IllFonic’s unique background in developing asymmetrical multiplayer experiences, Predator: Hunting Grounds may provide an appealing alternative to fans of games like Friday The 13th and Dead by Daylight who are craving something new.

Whether the game will be able to deliver enough content at launch to keep players satisfied between major updates is yet to be seen. With enough mission/map variety and proper gameplay balancing, it’s possible Predator: Hunting Grounds could become something much bigger.

In the meantime, consider checking out our list highlighting the Best Upcoming PlayStation Games of 2019 and beyond.