Although the original Rage didn’t exactly set the world on fire when it was released, the game received overall positive reviews, with many critics praising it for its graphics, which were impressive at the time, and satisfying shooting mechanics. However, a number of issues like the game’s weak story, uninspired open-world, and a poorly optimized PC port ultimately caused the first-person shooter to fade into obscurity.

Fast forward eight years later and now id Software is back with a sequel, this time teaming up with Avalanche Studios, creators of the action-adventure series Just Cause. With so much time having passed since the first game, many are wondering what Rage 2 will have to offer new players and returning fans. Here’s everything you need to know about Rage 2 before it drops later this year. 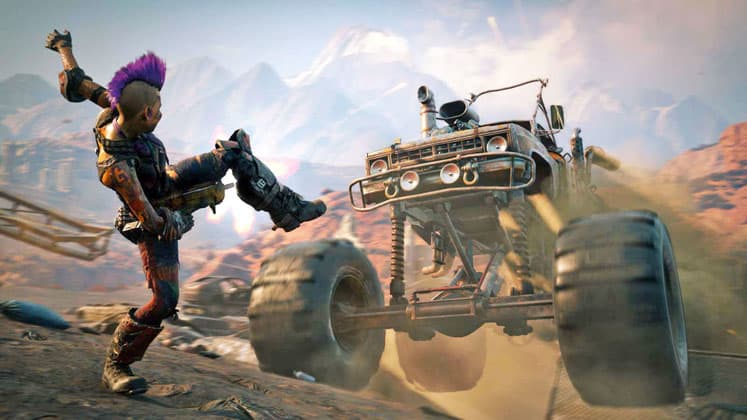 We initially caught wind of a potential Rage sequel last year when Walmart Canada posted a listing on their online store for Rage 2, among other titles. Some thought this was possibly a mistake; however, when Bethesda began poking fun at the situation, replying to Walmart via the Rage twitter account, it was clear that a sequel was on its way.

Later on May 14th 2018, Bethesda uploaded a live-action announcement trailer for the game on their YouTube channel, ahead of E3. During their E3 2018 press conference, another trailer was shown, this time highlighting gameplay. Here we learned that Rage 2 would be coming in Spring 2019, and as of now is scheduled to release on May 14, 2019, a year after its official announcement.

The game is being developed by id Software in conjunction with Avalanche Studios and published by Bethesda Softworks. It will available for Xbox One, PS4, and PC. 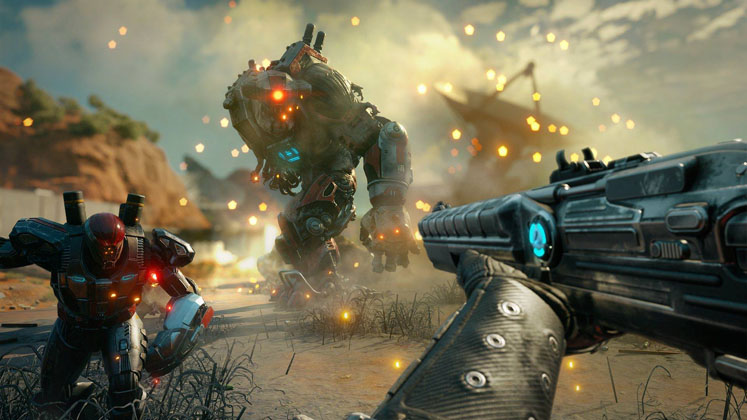 While it’s been almost a decade since the last Rage game, there’s very little to catch up with as plot was never a main focus in the first game. Still, Rage 2 does feature some returning characters and story points that are worth mentioning. The game is set 30 years after the events of Rage, and has players taking control of Walker, the last surviving ranger, in a post-apocalyptic world that’s been inhabited by deadly mutants following an asteroid collision on Earth.

Following the catastrophe, a number of new settlements and clans began to emerge, fighting for control of the wasteland. Among these is a military group called the Authority, who has declared themselves the rulers of this new world. Just like in the first Rage, the Authority’s goal is to obtain Nano-technology, which grants superhuman abilities, in order to further their dictatorship.

After coming in contact with this technology, Walker gains new powers but also becomes a target for the Authority. Rage 2 will see Walker attempting to take down the Authority once and for all while also dealing with bandits and mutants.  Whereas the first game had a more linear structure to its open-world, Rage 2 will offer more freedom of choice, allowing you to explore its world freely and encounter in-game events like races and battles with roaming bandits.

Rage 2 Gameplay–What Could Be Changed? 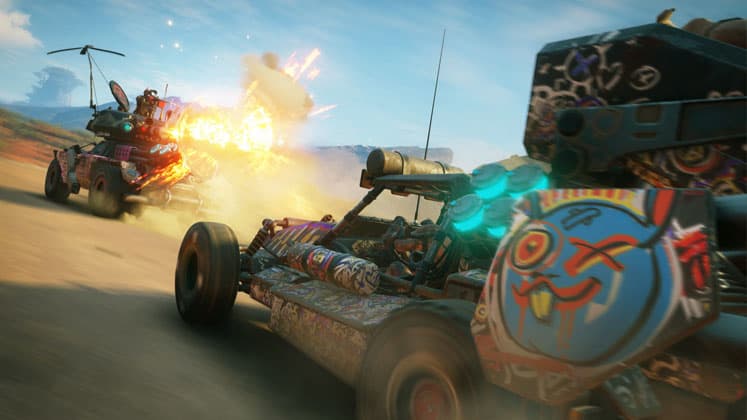 A major shift in Rage 2’s development is its use of Avalanche’s Apex game engine in place of the id Tech engine. Using the Apex engine allows developers to create more detailed environments and have players transition between areas without the need for loading screens. Additionally, the engine is better at handling physics-based gameplay, a core component of Rage 2’s combat.

Going further into the game’s combat, we know that Walker has access to a slew of special abilities called Nanotrites, which allow you to traverse the world and defeat enemies in interesting ways. Among these is the Dash ability which lets you zip in the direction you’re moving, Shatter, which sends enemies flying, and Slam, which has you jump in the air and hover for a moment before slamming to the ground, causing huge AOE damage. Lastly, an ultimate ability called Overdrive, allows Walker’s guns to do more damage and gain new attributes, as well regenerate his health and cause enemies drop better loot.

In addition, Rage 2 features a number of weapons and gadgets that can be combined with Walker’s abilities to create exciting new ways to take down foes. From all the gameplay we’ve seen, combat in Rage 2 feels like a mix of 2016’s Doom and the first Rage, resulting in a twitchier shooter that emphasizes faster gunplay and outrageous kills.

Vehicular combat also returns for Rage 2, and has you wrecking enemy vehicles during races a la Mad Max: Fury Road.  Players will be able to drive any vehicle they come across in the world, including aircrafts. With trailers showing off vehicles equipped with different types of weapons, we’re hoping we can customize a primary vehicle and do insane things like attach flamethrowers and spinning blades to its metal body. 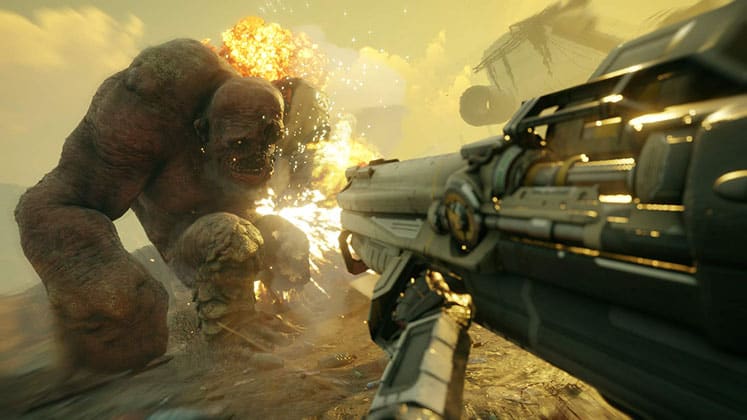 It’s great to see the Rage franchise being brought back to life after all these years. The shift towards fast-paced combat and a truly open-world give us hope for the future of the series. Id Software and Avalanche have been working hard to create a dynamic world for players to explore and we can’t wait to see what they’ve cooked up.

Make sure to check back for our review of Rage 2 when it releases on May 14.