Sekiro: Shadows Die Twice has been announced at E3 2018, and it is the next big game from the developer FromSoftware, best known for their Dark Souls series and Bloodborne. Sekiro, however, is a big departure from the traditional Souls formula, and in this article, we’ll see the extent of the changes it introduces. 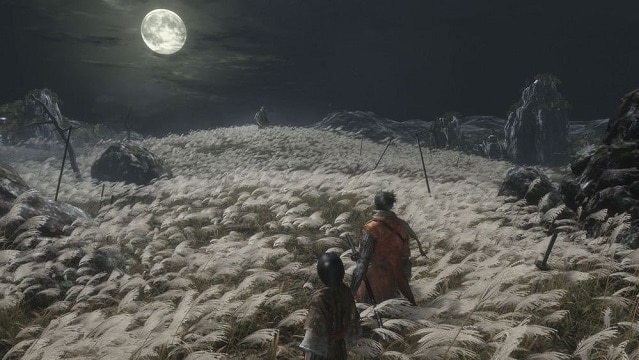 Compared to Dark Souls and Bloodborne, Sekiro seems to have a fairly straightforward premise: the player character is a shinobi whose job is to protect a young prince from an opposing clan which seeks to exploit the prince’s “bloodline”. It is unclear what this means, as it could entail only the political influence that the bloodline itself commands or it could have more sinister, supernatural implications.

For all we know, it could be both, but it is obvious that the game won’t strive to be a realistic representation of the Sengoku period, as it is so thoroughly permeated by supernatural elements: resurrection, arcane prosthetic arms, ogres, giant serpents, and centipede demons. And knowing Hidetaka Miyazaki, those are probably the tamest things that we’ll see in the game.

Check out the video from VaatiVidya below for a more in-depth analysis and speculation on what we can expect from the plot of Sekiro.

Now, we get to the juicy part: the gameplay, and how it has been changed from the established “Soulsborne” formula.

Sekiro – Not an RPG? 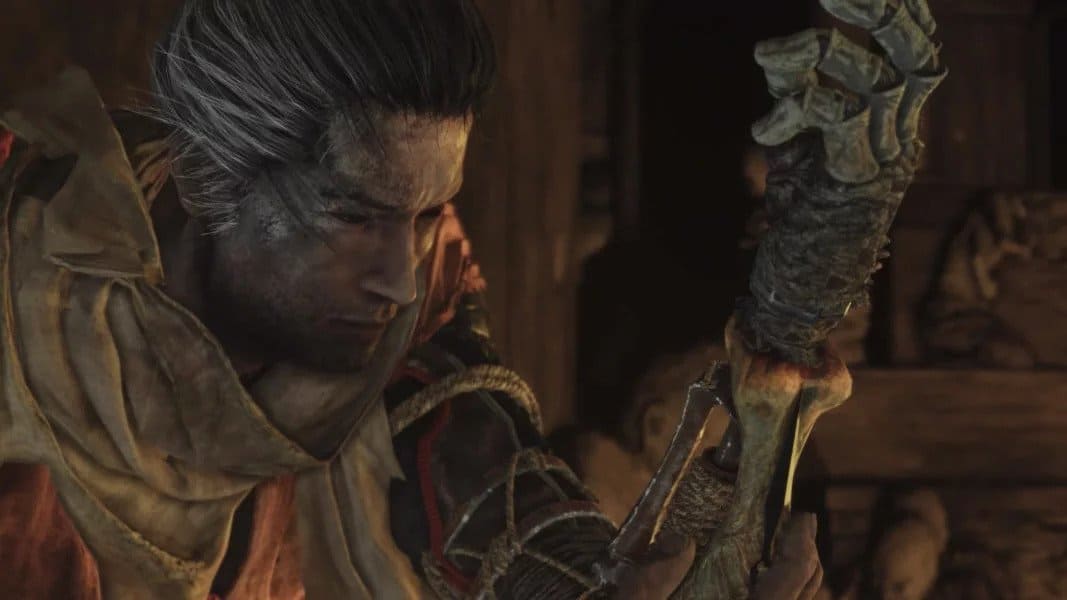 First of all, it is important to note that Sekiro: Shadows Die Twice is not an RPG. There will be no character creation, no stats, and no traditional leveling. As such, the game will be taking a more action-oriented approach, and while some might not like this change, let us remember that the success of FromSoftware’s previous titles stemmed largely from their refusal to stop innovating and improving.

Sekiro will place a greater emphasis on stealth and creativity when it comes to approaching encounters and figuring the best way to take down an enemy, which is a noteworthy departure from the traditional formula that will undoubtedly add more depth to the gameplay. 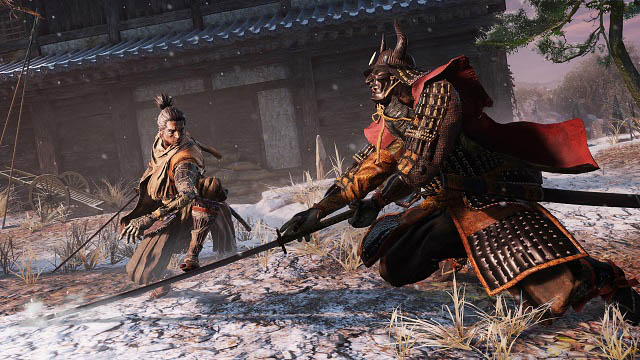 A major change to the gameplay mechanics is the exclusion of the signature stamina bar in favor of the new “posture” mechanic which shifts the focus from dodging to parrying when fighting enemies. Both the player and the enemies will have a posture meter that will be affected by damage and parrying precision. Once posture is broken, the enemy (or the player) is rendered vulnerable to a critical attack.

Needless to say, the lack of stamina will also lead to an overall faster-paced playstyle, as there will be no stamina management putting brakes on the combat. 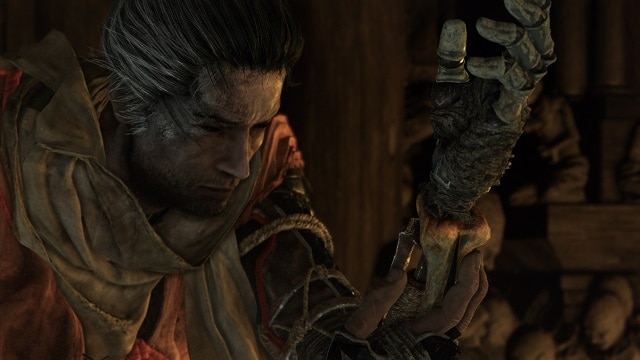 Another new mechanic is the ability to resurrect immediately upon death, and according to Miyazaki, this was introduced as a means of avoiding repetitiveness. The difficulty is an integral part of Sekiro, just like it was an integral part of Dark Souls and Bloodborne, but the resurrection mechanic was introduced primarily so as not to detract from the flow of the game.

Furthermore, the theme of rebirth is central to Sekiro, so it is safe to assume that the overuse of the resurrection mechanic might not be consequence-free and that it might play some narrative role as well. 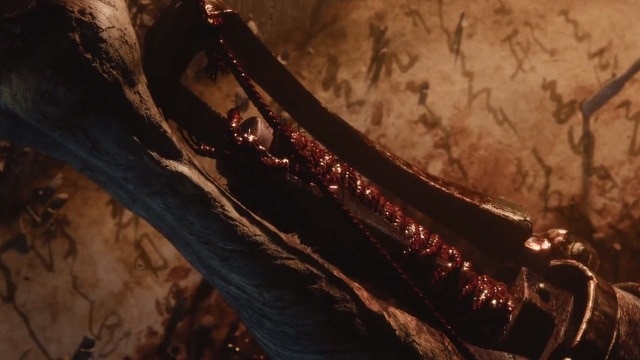 Here, we have what is the game’s protagonist’s equivalent of a trick weapon: the ningishu, that prosthetic arm which was the centerpiece of the enigmatic first teaser. This arm will be a vital tool and weapon for tackling both the game’s environments and enemies, as it houses a wide selection of valuable shinobi tools.

This includes the indispensable grappling hook which improves the player’s mobility and greatly facilitates level traversal, as well as weapons and abilities such as an ax that can break an opponent’s guard, and firecrackers that can blind and disorient them. Needless to say, we’re sure that the devs have an array of other neat tricks in store that we are yet to see. 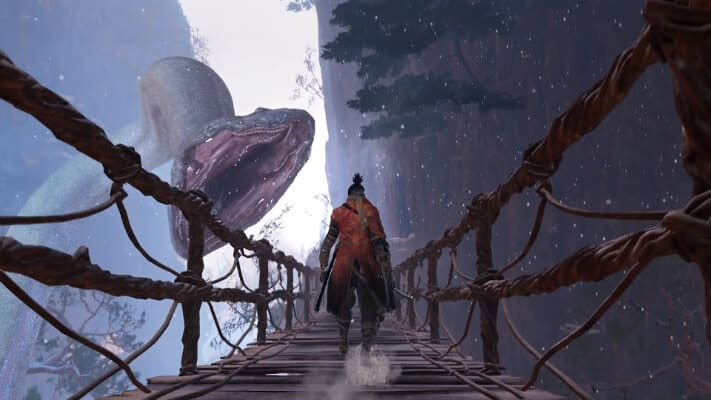 Speaking of the grappling hook, another major change that we see in Sekiro is the very distinct level design. Namely, in comparison with the other Souls games, levels are designed to be more open, with an added element of verticality that was never seen in Dark Souls or Bloodborne. This new open-ended approach will reflect on boss design as well – they will be more unique and grander in scale. 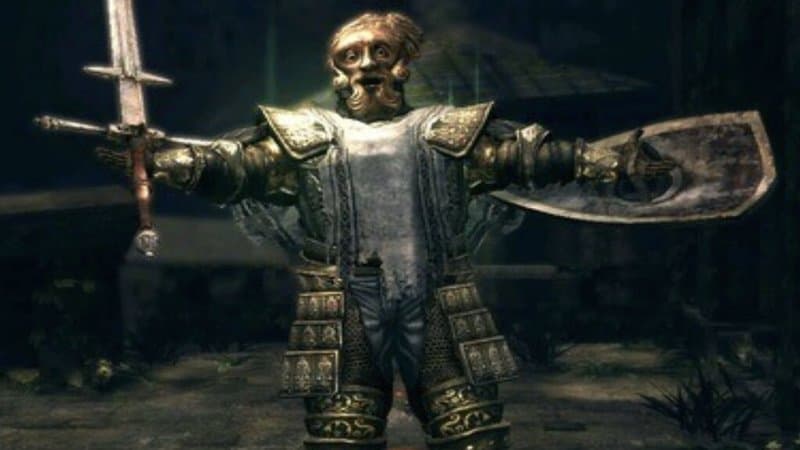 And finally, it should be noted that Sekiro: Shadows Die Twice will not feature any multiplayer elements whatsoever, unlike its predecessors. Once again, not everyone is taking this change too well, as many have thoroughly enjoyed cooperation and invasions in the previous games. On the bright side, this probably means that more resources will be allocated to making the singleplayer experience as complete as possible.

A playable demo of the game has been shown at Gamescom 2018, showcasing precisely what the gameplay will look like.

As you can see, the game plays pretty much as anticipated, for the most part: there is a greater focus on stealth and the player will need to put some thought into how they approach enemy encounters, especially if there are more powerful foes involved.

Overall, the game actually seems to be more challenging and punishing than either Dark Souls or Bloodborne, as there are more mechanics and abilities to keep in mind than before, not to mention that it definitely seems less forgiving of mistakes. 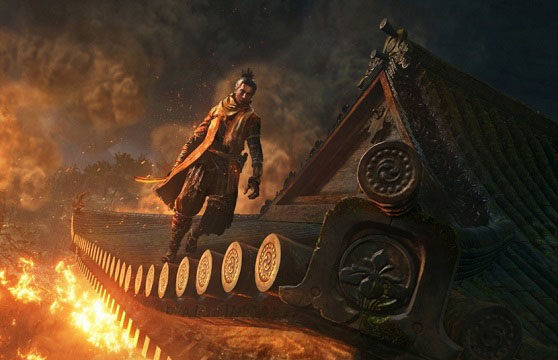 That would be all we know about Sekiro: Shadows Die Twice so far! The release is only a few months away, so while we have seen the bulk of the gameplay, FromSoftware might still have some trailers in store for us further down the road. Stay tuned for any updates!