With remasters of cult action-adventure staples, Shenmue and Shenmue II, in the hands of lovers of the series, the enthusiasm for Shenmue III has never been so acutely pronounced. For a game that many thought would never see the light of day, we are edging tantalizingly closer to release near enough 18-years after Shenmue II.

While the masters at work beget our next adventure with Ryo Hazuki, here’s a roundup of everything we know so far about Shenmue III while we wait with bated breath. 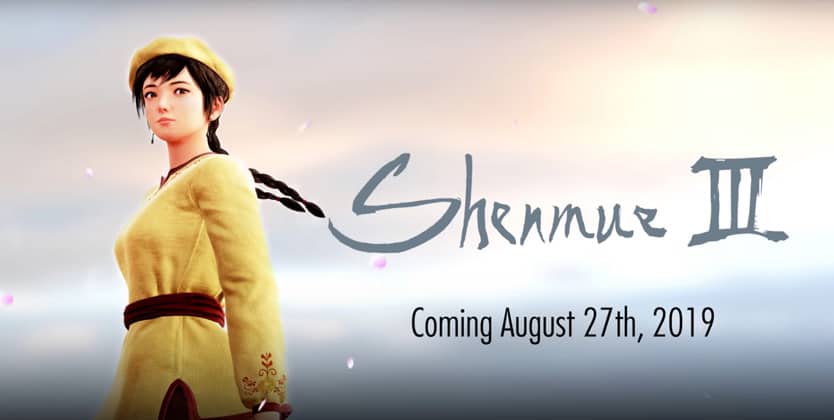 After being first revealed at Sony’s showcase at E3 alongside a Kickstarter campaign in 2015, Shenmue III has weathered a string of successive delays. That is until summer 2018, when publisher Deep Silver took the stage at Gamescom 2018 and officially announced a release date of August 27, 2019 for PlayStation 4 and Windows PC via Steam.

Since then, Deep Silver has amassed upwards of $7 million by giving fans the opportunity to pledge funds via a now-completed Slacker Backer campaign.

Amid the fanfare of raising such a significant amount of money, Deep Silver and Shenmue creator Yu Suzuki optimistically announced a release at the end of 2017. Year 2017 came and went with the game pushed back to 2018, then 2019. 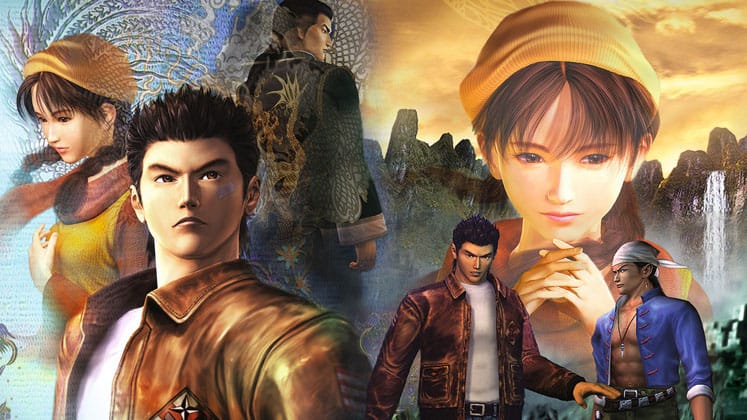 Leading up to the Kickstarter campaign, Shenmue III’s journey has been a tumultuous one defined by fans clamoring for the title at every turn. Botched spin-offs, interest silenced by the fear of the game not being financially viable, and a lack of developer backing have all been significant obstacles.

For such an ambitious title, woven together on a fraction of the budget of the original (an astounding $50 million, which is huge even by today’s standards), the delays were inevitable but are still a bitter pill for eager fans to swallow. With justifications as common as they are overused, Yu Suzuki and Deep Silver opted to grant themselves extra time to refine Shenmue III and deliver the game fans expect.

Although August 27, 2019, is as specific as release dates go, we recommend exercising a dose of caution and not taking it as gospel. If past patterns are anything to go by, the potential for a further delay to Shenmue III’s release is high.

Unfortunately, if you missed the boat on the Kickstarter and Slacker Backer campaigns, there’s currently no way to pre-order Shenmue III. We expect this to change and pre-order avenues to open up as we approach the release date and Ys Net doesn’t delay the game further. 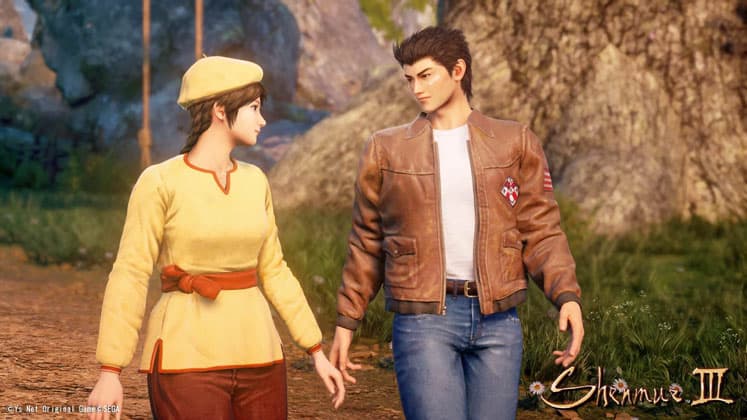 Shenmue III once again puts players in the shoes of composed teenage martial arts whiz, Ryo Hazuki, as he struggles to track down his father’s murderer to exact revenge while being pitted against a host of enemies intent on stopping his progress. Lan Di, the villain and the killer of Ryo’s father, returns alongside a new evildoer going by the name of Niao Sun.

The game follows on from Shenmue II in chronological fashion and is set to continue the nascent bonding of the enigmatic, magical Shenhua Ling and Ryo Hazuki as they try to decipher the prophecy that unites them. Starting from Shenhua’s tranquil hometown of Guilin, the duo will travel through China to two other areas – Baisha and Choubu – both with a unique flavor and visual identity.

Much of the story will focus on the prophecy that bonds the two characters and getting to the bottom of the mystery surrounding the death of Ryo’s father. Suzuki, Ys Net, and Deep Silver have yet to release a solid overview of where Shenmue III heads storywise. 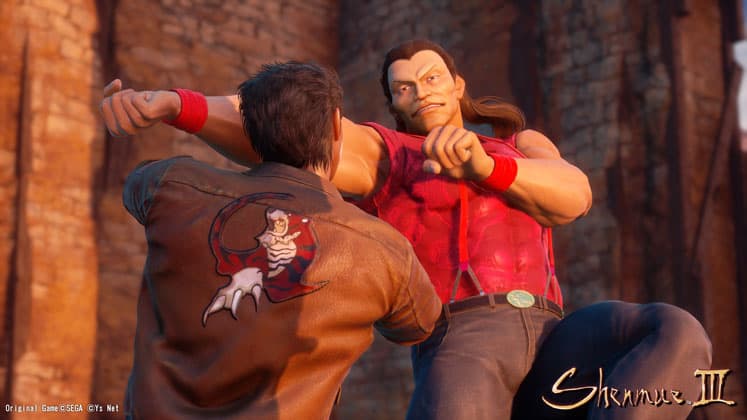 Shenmue and Shenmue II were released at the turn of the century and were, at the time, commercial flops, but quickly became cult classics among gaming connoisseurs who praised the titles for the open-world elements and for reinventing the portrayal of narrative in video games. Many of the features are returning in Shenmue III, with naturally a fresh lick of paint and improvements that weren’t technically possible at the time.

Following in the footsteps on its predecessors, Shenmue III is through and through an action-adventure game. This time around the open-world is more accentuated with more possibilities for exploration with a true sandbox feel with shops to visit, bustling city streets, and areas to explore.

The gameplay loop will be the familiar trio of conversing with characters NPCs, explorative sleuthing, and fighting. Yu Suzuki has confirmed over 100 unique characters for the game. Combat will be somewhat different from the previous entries with an emphasis on puzzle-type elements rather than sheer skill, although we can expect the martial art prowess from the past two games as well. Much of the UI remains the same as well with the familiar ringed health meter returning.

The rich mini-game heritage from the original two titles is returning but with a new flavor (and a few fan favorites like Duck Racing and possibly the now iconic Forklift Racing), as confirmed by developer Ys Net, as our Quick Time Events (also being revamped and rejigged for variety), familiar to cult followers of the originals.

The first trailer for Shenmue III was released in August 2017 and is cinematic in nature emphasizing how much of a graphical leap the developers have taken between this and the originals. The intervening years have much to do with the visual facelift, but Shenmue III is looking notably good while retaining the unique flair of the series.

Although lacking any substantive gameplay or story elements, the trailer sets the scene with sweeping vistas, charming orchestral swells, and provides eager fans with their first glimpse of a game they thought would never happen.

The second Shenmue III trailer dropped during Gamescom 2018 alongside the 2019 release date announcement. Centered on the prophecy that units Shenhua and Ryo, it offers a more polished looking title with what appear to be snippets of gameplay. 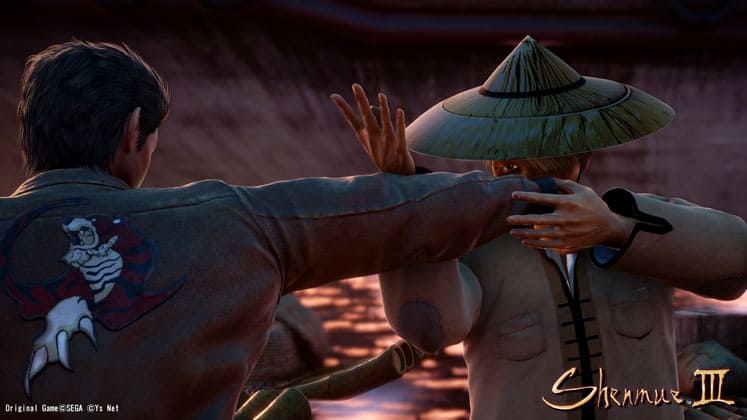 Shenmue III will require upwards of 100GB of free hard drive space for the PC edition with the minimum system requirements a follows:

Hot on the heels of widespread criticism of the deadpan expressions on many of the characters faces revealed in the trailers, Ys Net has been quick to point out that facial animations will feature in the final product and that the developer removed them from the trailers due to technical issues. The developer has even published a video showcasing the various expressions to assuage worried fans.

Many characters from the original titles are set to return. Ryo can call Japan to interact with them and reminisce through optional dialogue.

Shenmue III won’t be the last entry in the Shenmue saga with Yu Suzuki aiming to develop the story further in future games. He hopes to spread out the eleven chapters of the story over two or three more games. Depending on the success of Shenmue III, we may be witnessing a renaissance of the series that could potentially mark the gaming landscape for a fair few years to come.

Suzuki has noted that Shenmue III will please long-standing fans while also introducing new, younger players to the charm of the series. Given how paramount the complex, weaving story is to the game, we wonder how Suzuki hopes to get players up to speed and allow them to experience Shenmue III with a firm grasp of the overarching lore.

Rumors are circulating that Shenmue III may be ported to Nintendo Switch, although these remain unsubstantiated. Theoretically, Shenmue III would fit perfectly on Nintendo’s flagship console considering the moderate graphical demands needed to run the game without any issues.

After such a long stint in development hell, and relying on the August 2019 release date not turning into another disappointing, but understandable, delay, Shenmue III is alluringly close with less than a year to wait before release.

Only time will tell whether the intervening two decades have soured our appreciation of Ryo’s colorful adventures or made them age like a fine wine. We hope it’s the latter.