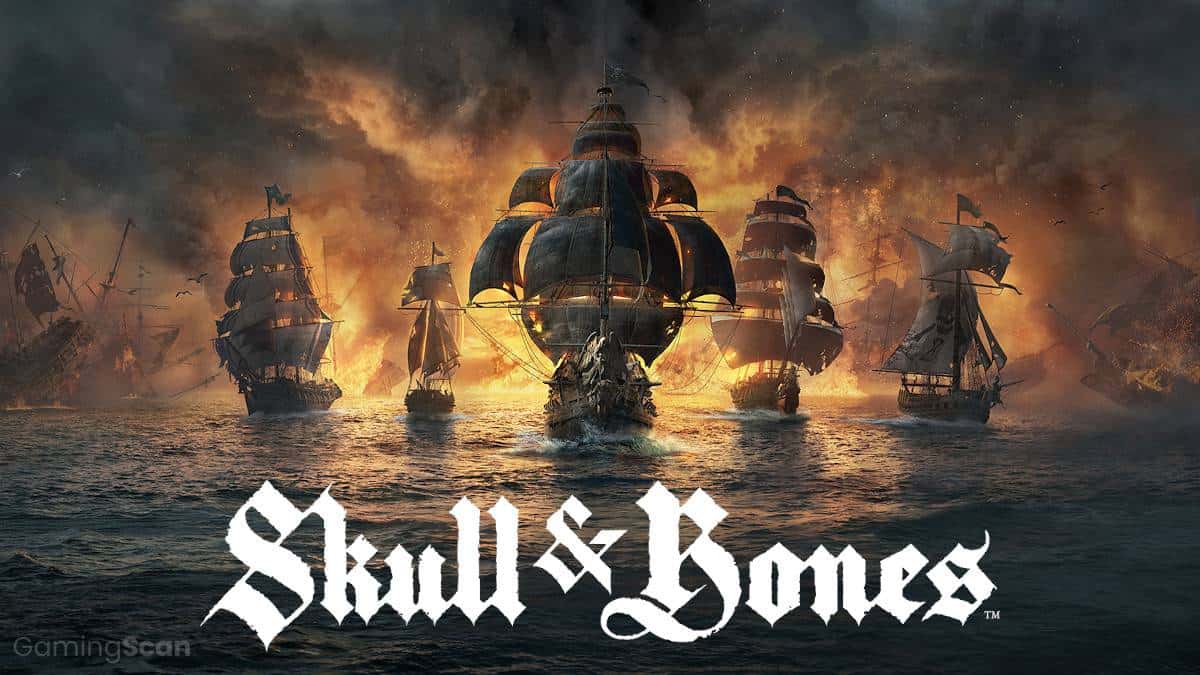 Ubisoft struck gold when it unexpectedly turned the Assassin’s Creed series on its head with some of the best naval combat mechanics ever to grace the gaming world.

Conscious of how seminal Assassin’s Creed IV: Black Flag has become, Ubisoft has now invested heavily in creating a standalone multiplayer game of sorts – or at least one heavily inspired by Black Flag – focused entirely on ruthless, swashbuckling pirates and their extensive maritime shenanigans with Skull & Bones.

Ubisoft Singapore, who heads the project, is the studio responsible for designing the superb nautical battles in Black Flag. And with Skull & Bones, they are embarking on their first fully-fledged title after contributing to every Assassin’s Creed game since 2009.

With the disappointment of Sea of Thieves still fresh in many gamers’ minds – albeit the game has received meaty content updates and is a much more complete experience than at launch – Skull & Bones could finally be the game that fulfills our dreams of refined and unrestricted open-world piracy.

Ubisoft spilled the beans on Skull & Bones at E3 2017 with an anticipated release window of the latter half of 2018. However, in May 2018, nestled among the dry prose of an earnings report, Ubisoft blandly announced the game had been delayed to 2019 to allow extra time to apparently “offer players an even more engaging experience.”

We imagine the response to Sea of Thieves prompted Ubisoft to grant itself extra time to finesse and ensure the game is positively overflowing with content. The drove of footage unveiled at E3 2018 suggests Ubisoft is putting the extra time to good use.

As we march toward the half of 2020, Ubisoft has finally provided a specific window between April 2020 and March 2021. Still, if we pick up our finest spyglass to scan past habits (notably the most recent Assassin’s Creed Origins and Odyssey), the gaming giant is likely to make a mighty hullabaloo and announce a release in Fall 2020.

Plans for a beta test are in the works, though, as with the release date, no concrete timeframe exists. Interested parties can, however, register their interest over on the official Skull & Bones website. As it stands, the beta should run on PlayStation 4, Xbox One, and Windows PC, which incidentally are the platforms the game is launching on.

A Skull & Bones beta signup is a good sign Ubisoft Singapore is nearing the end of development and is eager to unleash the game in a controlled manner to gauge public reaction in the lead up to release.

The first trailer to arise served as the reveal for Skull & Bones at E3 2017. It is epic, cinematic, and emphasizes the bleak realism of piracy, soundtracked to orchestral inflections, and the susurrus of a female voice.

A pirate ship leads the charge against what appears to be a colonial vessel. A swift battle sees the imperial ship, and its loot sinks slowly below the waves. Other pirate ships join the fray before hulls carpet the ocean floor.

At the same conference, Ubisoft showcased a multiplayer and PvP gameplay trailer. The scene is set with a group of players on the cusp of ambushing the opposing team. Tactical pandemonium ensues with ramming, cannonballs, boardings, and a speedy escape.

Fast-forward to E3 2018 and another cinematic trailer does the rounds, this time portraying a somewhat more involved narrative slant hinting at the supposed end of piracy, a witch hunt of sorts before fleeing pirates come across the riches and lawless waves of the Indian Ocean.

In contrast to the offerings from E3 2017, Skull & Bones appeared a grimmer experience, far more focused on the grit of pirating alongside tactical naval manoeuvers and combat.

A gameplay walkthrough trailer released at E3 2018 confirms this with a breakdown of pre-mission customization preparations leading to the trials and tribulations of a hectic battle, including robbing merchant ships and the unpredictable nature of temporary alliances against a more powerful enemy.

Much changed, and the gameplay appeared smoother, polished, and seemingly more responsive with added variations in attacks and combat options.

Skull & Bones takes place during the final salvo of the Golden Age of Piracy. With their sights set on the plentiful waters of the Indian Ocean, players have refused the king’s pardon and vacated the once-profitable Caribbean Sea in search of new riches.

As a rough and ready opportunist pirate, you start out commanding a warship with the possibility to expand your fleet as you assert your dominance. However, the new frontier is ripe with pirate gangs, merchant vessels, and colonial powers such as the British East India Company and the formidable Portuguese navy eager to prevent progress.

By pillaging busy trading routes, capsizing rivalships, and looting anyone standing in the way, you’ll establish a reputation and the riches that go with it. Through strategic alliances, manipulation, deceit, and hard-fought naval battles, Skull & Bones is a story of power, historical figures, and a dog-eat-dog world.

Skull & Bones is predominantly a shared open-world multiplayer game, although Ubisoft has confirmed a narrative campaign meshed into the multiplayer experience.

Much of Skull & Bones takes place on the seas with epic naval battles at the heart of the gameplay loop. Expeditions will, however, set sail from a base of operations, called The Hideout, where players can customize ships, recruit crew members, take on missions, gather crucial intel about lucrative looting opportunities and sailing conditions, and survey overall progress. The Hideout is the only fully interactive landmass in the game, with the focus being on seafaring.

Ship customization plays a big part as it caters to varying playstyles depending on the choice of weapons, tactics, and the strengths of crew members. Different missions require specific skills and preparation to be successful. Of course, character customization options are plenty with some fierce-looking figureheads on display in the various trailers.

Skull & Bones is hands-on, meaning no forking out tasks to other vessels in your fleet. In other words, progress is achieved through action regardless of level. As a captain, every battle is fought, and every treasure unearthed.

The primary view is a third-person perspective from the back of the ship, although the camera seems to offer a degree of freedom and movement. We’re in the dark as to how Hideout character control works, or if it even exists, and whether much of it is limited to menu hopping. The consensus is that free-roaming is limited to navigating your ship throughout the seas of the open-world rather than jumping in for a swim or exploring islands on foot.

Battles are tactical with a variety of attacks, from cannons to boarding enemy ships by way of targeting enemy weapons to weaken their defensive capabilities. Positioning and intelligent engagement are critical, as is sailing technique and equipping the right type of sails for a speedy retreat.

Skull & Bones has a mechanic called “Fortunes,” which throws specific weather, military, and environmental challenges or advantages at the player. Ubisoft has unveiled two Fortunes as of the time of writing.

The first is “Favourable Winds,” whereby the prevailing winds have brought with them a flurry of merchant ships brimming with goods ripe for looting. The second is “Hostile Takeover,” where shipping routes are patrolled by an unusually pronounced military presence, limiting plundering opportunities to fiercely fought encounters with stronger enemies. More Fortunes are planned in the lead up to release.

Location wise, we know for sure that the game points out an area on the coast of East Africa, with more exotic locales planned. As for factions, the Portuguese Empire, the British East India Company, and infamous pirate La Buse’s gang are confirmed with more to follow.

Deception and alliances play a big part in how PvP plays out with the ability to pick and choose allegiances fluidly, disguise ships to swindle safe passage through restricted areas, join enemy fleets, and the chance to attack teammates after a battle to bank all the loot.

Weather also has its place in Skull & Bones. From what we’ve seen, massive storms that affect sailing should feature. We imagine a variation on these with hurricanes, typhoons, lightning storms, and massive waves. Wind is also crucial to sailing and combat, especially when chasing a target or trying to flee.

Ubisoft has confirmed that it is opting for dedicated servers to ensure a quality experience across the board. It’s good news given the core multiplayer loop of the game.

The E3 2017 trailer subtly hints at larger than life creatures roaming the seas. Ubisoft didn’t show any firm footage, but a highly suggestive pan out at the end of the trailer reveals the outline of a massive beast below the waves, possibly a Kraken. The lore behind piracy is rampant with stories of mythical creatures, and we fully expect Ubisoft to tap into that rich heritage with Skull & Bones.

The creative director for Skull & Bones, Justin Farren, left the Ubisoft Singapore team in September 2018. We understand he was the main creative force behind Skull & Bones, so it will be interesting to see how the game changes in his absence, or whether enough groundwork has been completed to ensure a firm vision moving forward with development.

Beyond the core multiplayer, Ubisoft is planning competitive modes, including Hunting Grounds and Loot Hunt, where two teams of five players duke it out on the high seas.

Skull & Bones features different ships to choose from divided into classes. From what we know, each type has different sailing abilities, weaponry, and are suited to different playstyles. So far, we know about the firepower-packing frigate, the speedy ramming brigantine, and the long-distance fighting sloop of war.

A delay can be both a boon and an omen. In the case of Skull & Bones, it’s hard to decipher whether Ubisoft’s decision to push back the release represents a frantic last-ditch effort or a deliberate strategical choice.

Although the premise of Skull & Bones has fans of the pirate genre frothing at the mouth, the blinkered focus on multiplayer naval combat may be too little to offer a steady stream of engaging gameplay.

For now, expectations are understandably high, but a degree of skepticism wouldn’t go amiss as we wait to learn more about the nitty-gritty of Skull & Bones.