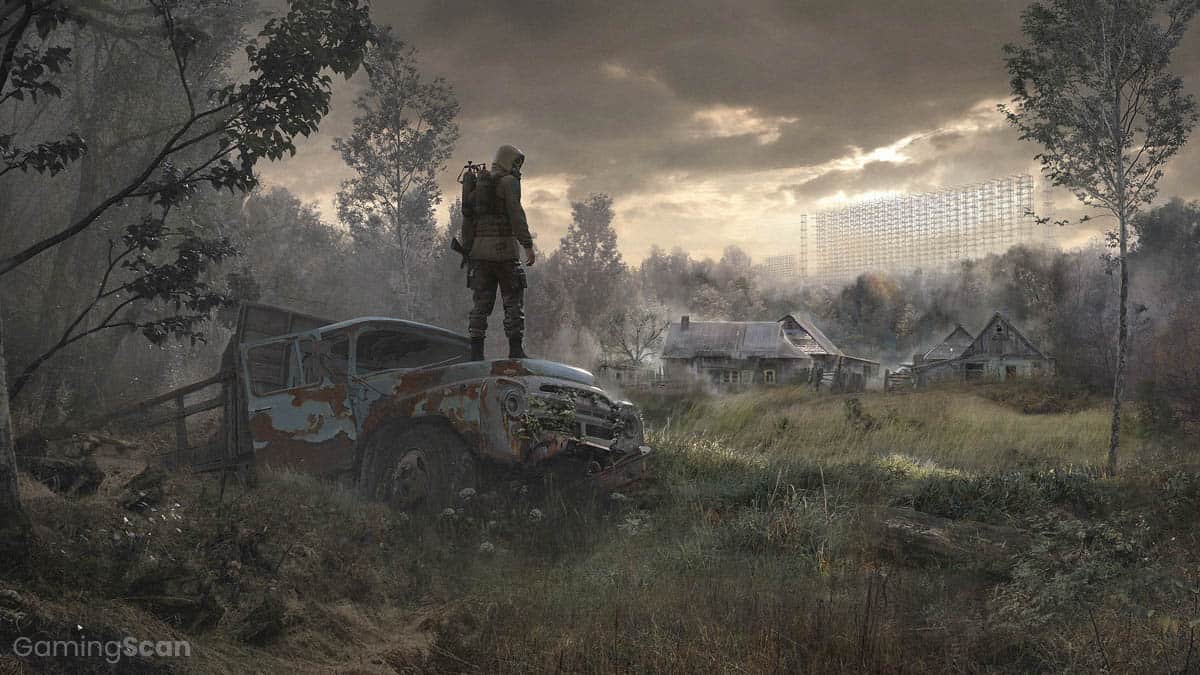 S.T.A.L.K.E.R. is one of those franchises that, despite rocky development and a plethora of technical issues, managed to attain cult status and amass an enormous following, complete with a modding scene that’s active to this very day.

Sadly, the franchise came to a sudden stop in early 2012, when S.T.A.L.K.E.R. 2 – a sequel originally scheduled for a 2012 release – was canceled and the development studio (GSC Game World) was disbanded. And then, out of nowhere, the game was announced again in 2018, much to the delight of S.T.A.L.K.E.R. fans.

In this article, we’ll go over everything we know about S.T.A.L.K.E.R. 2, including official news and rumors alike, so read on!

At the moment, the game is slated to be released in 2021, though no specific release date has been set so far. That said, it’s safe to assume that the game will launch either mid or late 2021.

Much like its predecessors, S.T.A.L.K.E.R. 2 will take place in the Zone of Alienation around the Chernobyl Nuclear Power Plant following a fictional second incident that caused life within the Zone to mutate and various inexplicable anomalies to appear.

However, virtually nothing concrete has been revealed about the game’s story so far i.e. who the protagonist will be, what goal they’ll pursue, and what the overall plot will revolve around.

All that we know so far is that the game will feature a branching narrative and that the player will be able to make moral decisions that will impact not only the direction that the story will ultimately go in but will also affect the world around them in meaningful ways.

Of course, many games have made such promises and failed to live up to them, so it remains to be seen how well GSC Game World will incorporate such choices into the game and what degree of player agency we’ll have on our hands.

S.T.A.L.K.E.R. games have always been first-person shooters with various survival, horror, and RPG elements thrown into the mix to make them more unique, and S.T.A.L.K.E.R. 2 will be aiming to deliver precisely that kind of experience, only better.

That said, the player will most likely have to keep hunger and radiation sickness in mind, but they’ll also have to watch their gear’s stats and durability, as well as efficiently manage their inventory if they want to survive the dangers that the Zone poses.

Speaking of dangers, we can expect to see many of the old ones from the previous games make a return. This will include mutants that will range from disfigured animals such as blind dogs to abominations such as the bloodsuckers and pseudogiants, stalkers from various factions that will come equipped with different gear and hopefully different AI behavior, as well as anomalies that can’t be fought but must instead be avoided.

Moreover, with the help of Unreal Engine 4, the game will feature a proper open world this time around, rather than segmenting the Zone into multiple smaller areas like the older games did. And not only will the world be more expansive, but it will be more immersive, too, with enhanced AI and the A-Life 2.0 system that will simulate an actual living world with NPCs and mutants that will behave in believable ways.

The first and only trailer so far has been revealed at the Xbox Showcase in June 2020, and you can see it below.

The trailer doesn’t show us anything in terms of the plot or the gameplay, as it focuses mainly on showcasing some memorable locations from the earlier S.T.A.L.K.E.R. titles in the full glory of Unreal Engine 4.

This includes the famous Pripyat Ferris wheel and other parts of the city, the Agroprom underground, one of the Zone’s secret underground laboratories, and the stalker camp in the Cordon, the starting area from S.T.A.L.K.E.R.: Shadow of Chernobyl.

All in all, the first trailer is little more than a teaser that shows us what we can expect the world of S.T.A.L.K.E.R. 2 to look like, but we’ll have to wait some more before we see any actual gameplay or story content.

And that would be everything we know about S.T.A.L.K.E.R. 2 so far!

Since no concrete release date has been announced so far, it’s safe to assume that the game is ways off yet, so stay tuned for further updates!