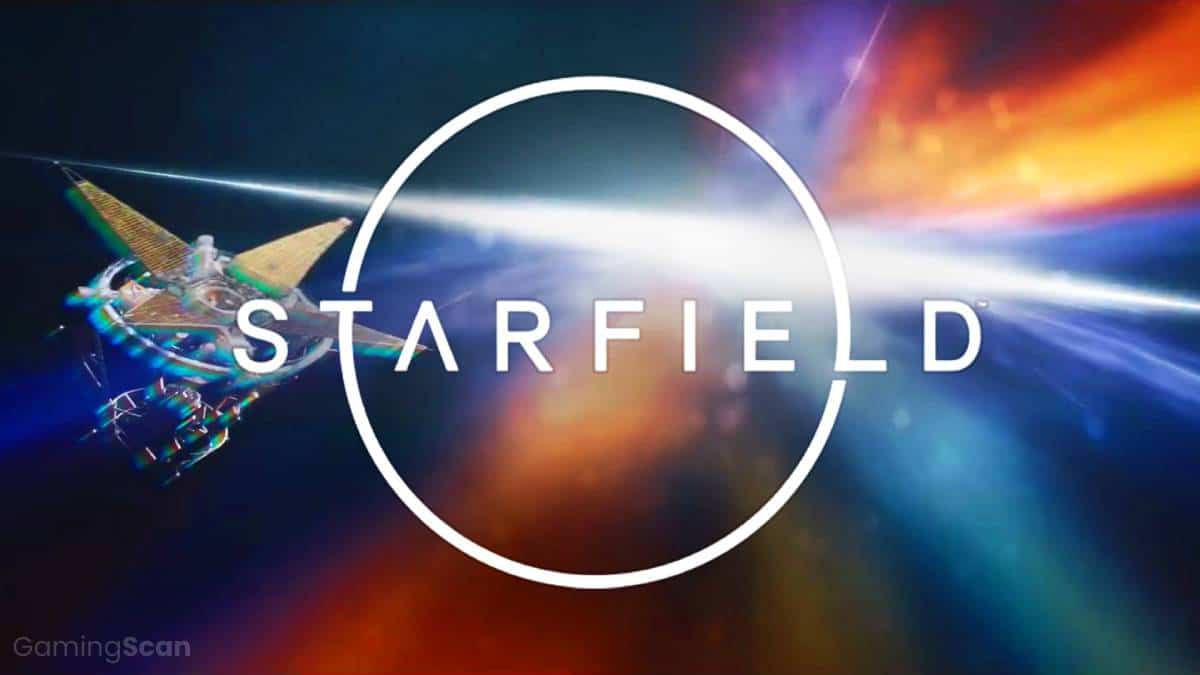 After what can only be described as a disastrous launch and unceremonious death of Fallout 76 – Bethesda’s first full-fledged foray into shipping a bonafide multiplayer title – the studio is eager to gain back the favor of its fans and the gaming media alike.

With The Elder Scrolls VI, a known quantity backed by a succession of canonical titles dating back to the early 1990s and a release slated for years down the line, all eyes are turned towards upcoming space-faring RPG, Starfield.

Starfield is Bethesda’s first original IP (intellectual property) in over two decades and a first for the studio as it set its sights on the stars and ventures into the bleak, vacuum of deep space.

With the unassailable success of their two fearless franchises, Todd Howard and Co. are presumably intent on ensuring Starfield follows those same illustrious footsteps to become a gaming mainstay that spans decades and countless DLCs. That is, rather than suffer the same whimpering demise as Fallout 76.

We know its coming, but details about Starfield are scarce. As always, we’ve dug deep to uncover everything there is to know about Starfield, from speculative release windows to the most salivating rumors.

Bethesda remains characteristically silent when it comes to a release date, and as it stands, no announcement has been made about when we should expect Starfield to drop.

We do know that pre-production brainstorming dates back as far as 2004 with ideas percolating ever since – if we are to go by the ever-elusive words of Todd Howard, who confirmed that active development started in earnest in 2015 once Fallout 4 shipped.

A tantalizingly short cameo at E3 2018 alongside an equally unrevelatory peak at The Elder Scrolls VI, suggests Bethesda were content enough with the pace of development, to remind us in no uncertain terms that the title is brewing away nicely at Bethesda’s studios scattered across North America. We also received confirmation that chunks of Starfield were playable, which is always a good indicator of progress.

All signs indicate release is quite a ways off with Bethesda repeatedly categorizing the title as “next-generation.” Going by the forecasted launch of Sony’s PlayStation 5 and Microsoft’s Xbox equivalent, this would put a release window at the earliest somewhere in 2020 or 2021, with the former being an optimistic guess.

As Bethesda’s release history reveals, the studio isn’t in the habit of rushing out titles, with at the very least an intervening gap of three to four years. We can take Fallout 76‘s lack of success and traction with gamers as a starting point. Then, add four years to be on the safe side, and we land on a distant 2022 release. Furthermore, Bethesda usually spaces out (no pun intended) mainline entries by up to seven years. Considering that Fallout 4 release in 2015, the 2022 release window seems a good bet.

As for platforms, the picture gets murkier, although we can safely assume PC. As for consoles, Howard said that “we’re thinking very, very far in the future, so we’re building something that will handle next-generation hardware. That’s what we’re building on right now, that’s where our mind is, but that doesn’t mean it wouldn’t exist on the current systems as well.”

In other words, Starfield could potentially release on PlayStation 4 and Xbox One in tandem with next-gen consoles. The game would need to be released relatively close to the end of the previous-gen life cycle to warrant developing and investing time into viable ports to maximize profits from previous gen sales.

Only a single Starfield trailer exists as of the time of writing, although calling it a trailer is somewhat of a stretch given its brevity and is better qualified as a glorified title screen. Nevertheless, much can be gleaned from these 68 seconds.

The scene is set as we witness a sun inching its way from behind the shadow of an alien planet with a fractured topography of meandering rivers, crimson canyons, and icy tundras.

As the sun breaches the horizon, the camera pans slowly downwards, revealing an errant orbiting satellite or possibly a probe, spacecraft, or crewed space station. The device extends its copper-colored solar panels as the sun’s rays reach it.

Almost immediately afterward, some unidentified tear or wormhole erupts in a kaleidoscope of cosmic hues, distorting and obscuring the satellite in a blinding white light.

The screen fades to black before revealing the Starfield logo in all its splendor. The event is nothing short of cataclysm, and given Bethesda’s penchant for world-altering disasters perfectly exemplified in Fallout‘s post-nuclear war trope, we expect a similar universe-shaping catalyst to guide the story in Starfield.

Interestingly, the viewpoint appears to be from that of a cockpit or ship window with lens flare, icy build-up, specs of dust, and smudges. Observant viewers have noted a reflection located in the bottom left hand of the screen in the opening moments of the trailer. It appears to spell out “conste” positioned upside down alongside an undecipherable circular emblem.

As we are dealing with a Bethesda title, there’s no doubt this is a calculatingly-placed hint. Theories suggest “constellation(s)” as the most probable circumstance. Possibly the name of a space exploration crew, spacecraft model, or code name for a character? Or even hinting at travel between different star systems?

The orchestral soundtrack has hints of Kubrick’s sci-fi masterpiece 2001: A Space Odyssey and sets the scene for an epic interstellar adventure firmly rooted in that rich tradition of bringing to life the hostile solitude of infinite space.

The trailer is very much an exercise in tone-setting, where atmosphere trumps detail. Starfield currently feels distinctly different from existing Bethesda efforts, and it will be interesting to see how this pans out as the studio provides further incite and, eventually, gameplay.

The natural assumption is that Starfield will be Fallout in space retaining much of the open-world single-player, RPG, character customization, and progression-heavy cornerstones that define Bethesda’s fully-formed, existing IPs.

Todd Howard has mentioned that the game will be through and through a Bethesda title, with the studio’s signature DNA, but with “new systems.” The term “new systems” carries its share of vagueness with Howard revealing no more than they will “fit the game.”

The space setting does usher in a torrent of possibilities from space flight, dog fighting, interaction with alien civilizations, planet-hopping exploration, cosmic phenomena, stunning planetary vistas, and so on.

With the first Starfield trailer dropping at E3 2018, the expectation was that the pre-release marketing build-up was shifting gears, and we could expect a steady flow of information as time wears on.

Unfortunately, Todd Howard confirmed at Pax East 2019 that Starfield would not feature among the Bethesda roster at E3 2019. The studio is known to spring surprises on unsuspecting fans, so all hope isn’t lost for a sliver of news from E3.

If E3 falls short, QuakeCon and The Game Awards are likely contenders for a new trailer.

A Shared Engine With The Elder Scrolls V: Skyrim

In the same way that The Elder Scrolls V: Skyrim and Fallout 4 – which both used the proprietary Creation Engine – Starfield and The Elder Scrolls VI are set to make use of the same next-gen iteration of the engine. Bethesda is hard at work, “building the technology that’s going to fuel future games.” In many ways, Starfield represents a generational line in the sand from which Bethesda seems intent on injecting a fresh perspective and technology into the way it makes games.

Voice Actress From Fallout 4 To Feature In Starfield

Courtenay Taylor, the actress who portrays the sole female survivor in Fallout 4, tweeted a picture of her visit to BGS head office in Maryland in May 2019, with a selection of hashtags enumerating her involvement in various Bethesda games.

Alongside these is “#secrets,” which may be hinting at Starfield. With Bethesda known for recycling actors from its previous games, the chances are Courtenay Taylor is making an appearance in Starfield.

The Failure Of Fallout 76

The current state of Fallout 76 is dire and may have a direct impact on the development of Starfield. It could go one of two ways.

Bethesda could double down on Starfield to mark a redemptionary note, or pool resources back towards Fallout 76 to conjure up a game-changing update set to infuse the title with a new lease of life.

The former would suggest either a speedier release or a better-crafted title – the latter being an even longer wait before we can get our hands on Starfield.

With so little to go on, speculation around what Starfield will be when it comes down to the nuts and bolts of gameplay falls firmly into the sphere of conjecture and pipe dreams.

As with any upcoming Bethesda game, anticipation amps up with every passing day, and regardless of the final product, it is sure to cause quite the splash.