The first Super Mario Maker on Wii U allowed players to design their own levels for the first time ever. It was well received by both critics and fans for having an intuitive UI and curation system that allowed players to discover new levels and share their creations with others online.

Although the game still had its shortcomings, like the lack of level checkpoints or a way to filter stages created by your friends, SMM marks a key moment in Nintendo’s history when fans were given free rein to push the limits of their imagination.

Ever since the Switch’s launch in 2017, the handheld hybrid has gone on to become home for a slew of Wii U ports like New Super Mario Bros. U Deluxe and Donkey Kong Country: Tropical Freeze, prompting fans to wonder whether or not SMM would get the ‘Deluxe’ treatment and be ported with extra content. In a recent 2019 Direct, Nintendo put these rumors to bed, announcing that a sequel, Super Mario Maker 2, would be making its way to Switch later this year.

While the announcement revealed a bunch of new information, there are still some unanswered questions like how the game will manage to work with the Switch’s single screen as well as what new features will be included. So we’re here to cover everything you need to know regarding Super Mario Maker 2, make sure to check back as we’ll be updating this story in the future.

SMM2 was first revealed during a Nintendo Direct in February and is scheduled to release on June 28, 2019, as a Switch exclusive. The game is currently available for pre-order with a Limited Edition version that includes a stylus along with a 12-month subscription to Nintendo Switch Online. 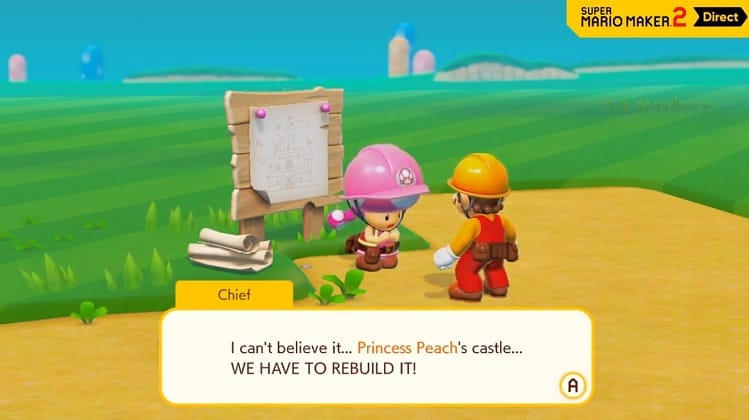 While SMM is primarily known for its user-generated content, the original came bundled with some premade levels and remixes of existing Super Mario Bros. levels in addition to a ‘100 Mario Challenge’ mode which had players attempting to clear randomly generated levels with 100 lives.

The sequel looks to expand upon the original, this time tasking you with rebuilding Princess Peach’s castle by collecting coins in over 100+ courses expertly-crafted using the game’s tools. Once you’ve accumulated enough, you’ll be able to rebuild a section of the castle, granting Mario access to new areas within. Additionally, you’ll encounter characters asking you to complete side challenges in exchange for more coins.

Super Mario Maker 2 Gameplay – What Could Be Changed?

Just like the original, SMM2’s gameplay will be broken up into two categories: designing levels and playing levels. Players will be able to create their own levels and share them online with friends and strangers who can then remix those designs, adding or removing objects. You’ll also be able to simply browse through player-designed levels and offer feedback using the game’s curation tools.

SMM2 comes packed with a lot of new features that will give players even more options for creating unique and challenging levels. Here are all the tools, items, enemies and themes that are currently known as well as some rumored ones:

SMM2 will allow players to create and play stages together in local co-op. The game features an online mode called Course World, where you can browse through stages created by other players using tags and filters, check leaderboard rankings, play Endless Challenge, and connect to Network Play for online multiplayer. Courses can also be downloaded to play at a later time offline.

While completing a course, players can leave comments and ratings to give the creator feedback and reward them with Maker Points which are displayed on a Maker Profile. Along with details about courses you’ve created, here you’ll find a Mii-like avatar that can be customized with different clothing and accessories which are unlocked by completing various objectives.

In Network Play, you can join up to three other players nearby or around the globe. You won’t have the option to matchmake with people from your friends list at release, however, Nintendo plans to add the option post-launch.

Once you’ve found a group, you can either go head-to-head to see who can complete a course the quickest in Versus mode, or work together to in Co-op mode. Here courses are randomly-generated, making each run feel unique and unpredictable. Additionally, both Versus and Co-op will allow players to pick from multiple characters including Mario, Luigi, Blue Toad, and Toadette. 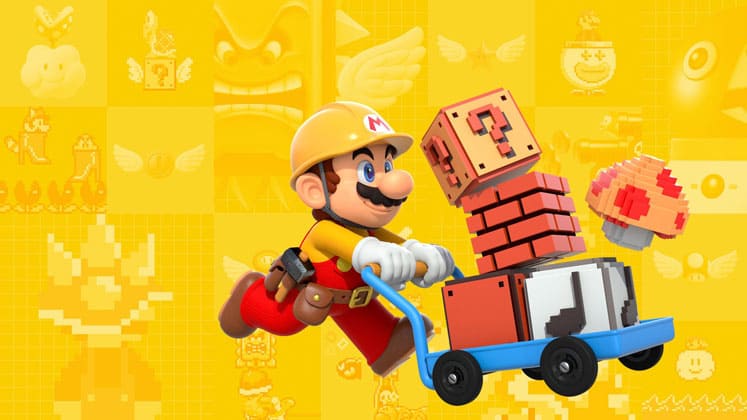 Nintendo’s done a good job at taking feedback from the SMM community and we’d like to see them continue to expand their support. Games like this depend on the strength of their player base, and if Makers are given access to the right tools, there’s no telling what they can achieve.

The addition of new items, enemies, and themes from the Super Mario catalog has us excited for the level creator’s longevity. SMM2 is shaping up to be a bigger and better sandbox than the first game, granting players an opportunity to turn their wildest platforming dreams into a reality and share it with others.

If you’re excited for Super Mario Maker 2, check out our list for the Best Upcoming Switch Games of 2019.