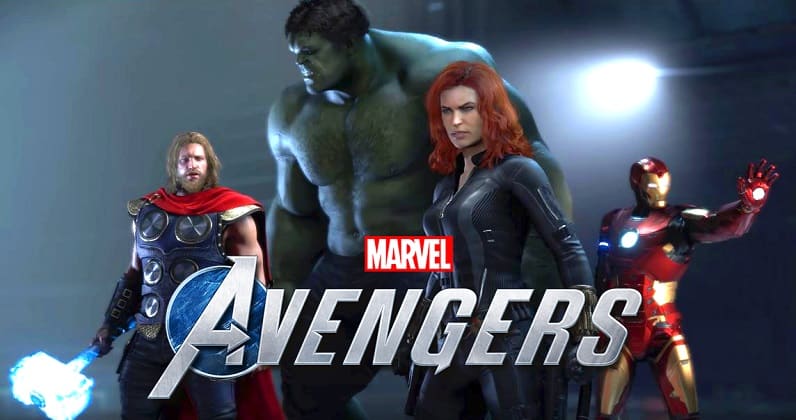 At E3 2019, gamers were given a sneak peek of the upcoming releases for 2019 and beyond, including an official reveal trailer for Marvel’s Avengers. The highly-anticipated action title will serve as the first entry in what’s been described as a “multi-year, multi-game partnership” between publisher Square Enix and Marvel. With the game’s release date being so close, fans have begun piecing together news to better understand what developer Crystal Dynamics has in store.

Here, we’ll be covering everything you need to know before Marvel’s Avengers releases, including story and gameplay details as well as some exciting rumors. Make sure to check back as we’ll be updating this story following any new announcements from Square, Crystal, or Marvel.

Originally scheduled to launch in May 2020, Marvel’s Avengers has been delayed until September 4, 2020. It will be available for PS4, Xbox One, and PC.

The game was first teased back in 2017 and at the time was being referred to as “The Avengers Project.” The teaser trailer depicted recognizable items relating to each member of the Avenger destroyed and covered in rubble, suggesting the team of heroes was defeated.

The video’s description highlighted that the project now known as Marvel’s Avengers is “being designed for gamers worldwide and packed with all the characters, environments, and iconic moments that have thrilled longtime fans of the franchise. Featuring a completely original story, it will introduce a universe gamers can play in for years to come.”

Marvel’s Avengers takes place outside of both the Marvel comic-book and cinematic universes in a completely separate Marvel games universe, despite The Avengers’ MCU-inspired designs. The trailer above suggests the game’s timeline will jump forward a few years following a catastrophic event during A-Day, a celebration of the heroes’ achievements.

The event is interrupted by an attack on the Golden Gate bridge orchestrated by Taskmaster, a well-known Marvel villain with the ability to mimic the movements of others. We learn that despite The Avengers’ efforts, Taskmaster was able to successfully carry out the attack, resulting in massive amounts of destruction and the loss of many lives, including Captain America’s.

The incident leads to low morale among the team and a negatively-skewed public perception regarding the heroes. The Avengers are ultimately disbanded, at which point we’re told, “Five years later, with all Super Heroes outlawed and the world in peril, the only hope is to reassemble Earth’s Mightiest Heroes.”

Crystal Dynamics has all but confirmed that Captain America’s perceived death in the game’s opening isn’t permanent given he’s listed as a playable character. Additional playable characters include Hulk, Thor, Iron-Man, and Black Widow. You may or may not have noticed a notable name missing from that list–Hawkeye; although the character hasn’t been confirmed to be in the game, rumors suggest he’ll be included with a later update/expansion.

Marvel’s Avengers will feature an all-star cast of actors who will lend their voices to the iconic heroes. Notable roles include Troy Baker as Bruce Banner, Jeff Shine as Captain America, Travis Willingham as Thor, Laura Bailey as Black Widow, and Nolan North as Tony Stark.

Marvel’s Avengers is confirmed to have two separate modes: a single-player campaign and an online multiplayer component that sees four players teaming up for side missions that connect back to the story. Crystal Dynamics has assured us that the game will be narrative-focused, however, co-op will not be locked to a player’s progress in the story. Instead, players will be able to switch back and forth between co-op and single-player as they level up one or more characters.

The game will incorporate elements of action games and RPGs, with players able to customize their hero’s appearance and tailor abilities to fit their playstyle. Given the diversity in The Avengers’ arsenal, combat will vary depending on which character you’re controlling. Fortunately, players will not be forced to stick with just a single character and will have the opportunity to master multiple heroes. 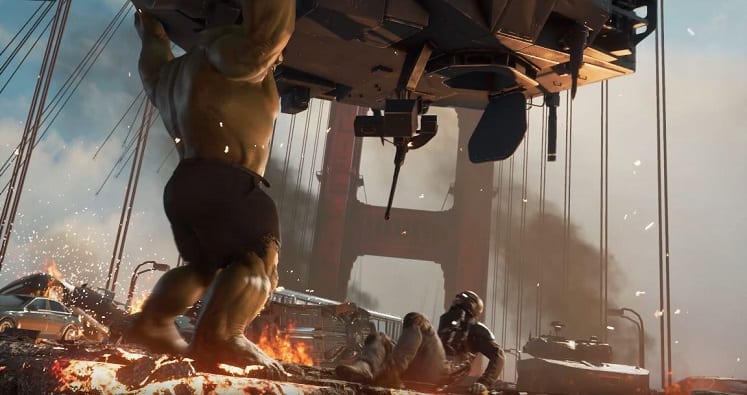 This all sounds like the perfect recipe for a live-service game, leading many to believe Marvel’s Avengers will be the super-hero equivalent of games like Destiny and The Division. However, gamers shouldn’t be too concerned about monetization since it’s been confirmed that all post-launch playable characters and story content will be free; this leads us to believe the game will feature paid cosmetic items, otherwise known as skins.

The game will reward players with loot for completing missions in both single-player and online co-op. While we don’t have any specifics, it appears this will be in the form of different modifiers/attachments for their equipment. This will allow players to develop characters that feel unique without straying too far from the hero’s intended role. 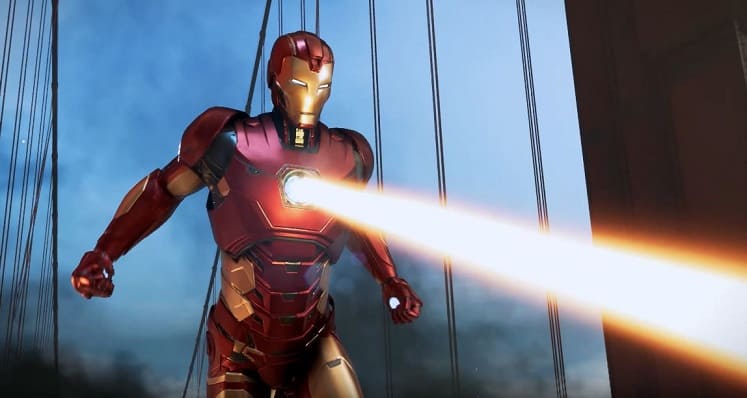 Although the industry is littered with live-service games, we haven’t seen one centered around a roster of characters as widely-recognized as Marvel’s Avengers. Therefore, it’ll be interesting to see what creative liberties, if any, Crystal Dynamics has taken in designing their iteration of the beloved heroes.

So far, reception appears to be evenly split amongst fans. While many believe the game seems to show promise and may even go down as one of the best games of this console generation, others accuse The Avengers’ bland, second-rate MCU designs as being indicative of a larger, underlying identity-crisis plaguing Marvel’s Avengers.

No matter where you happen to land on the spectrum, it’s safe to say Marvel’s Avengers will be one of the most discussed games of 2020 along with Cyberpunk 2077 and the upcoming Final Fantasy 7 Remake. For now, all we can do is stay on the lookout for further updates from Crystal Dynamics and Marvel.