The success of The Witcher and Metro series has shown us how great video game adaptations of books can be if done correctly. And although the works of H.P. Lovecraft are no strangers to the medium, with the last two decades seeing nearly 20 games either directly or loosely based on the American writer’s supernatural storytelling, none have managed to truly capture and hold players’ attention.

While there have been some more niche standout titles like Red Hook Studios’ turn-based RPG Darkest Dungeon, we’ve yet to see a game that perfectly adapts Lovecraft’s writing for an interactive experience designed for a wider audience.

The Sinking City, an upcoming action adventure detective game from Ukrainian-based indie developer Frogwares and publisher Bigben Interactive is the video game industry’s latest attempt at cracking the code behind making the perfect Lovecraft-inspired game and one that has definitely piqued many players’ interests. However, like Lovecraft’s stories themselves, much of The Sinking City is still shrouded in mystery.

So we’re here to cover everything you need to know about the upcoming game, including story and gameplay details, as well as popular theories circulating online. We’ll be updating this story in the future with new information, so make sure to check back.

The Sinking City was first announced by Frogwares in 2016 where it was given a March 21, 2019 release date. The game would eventually be delayed and is now scheduled to release on June 27, 2019 for PS4, Xbox One, and PC as a timed one year Epic Games Store exclusive. 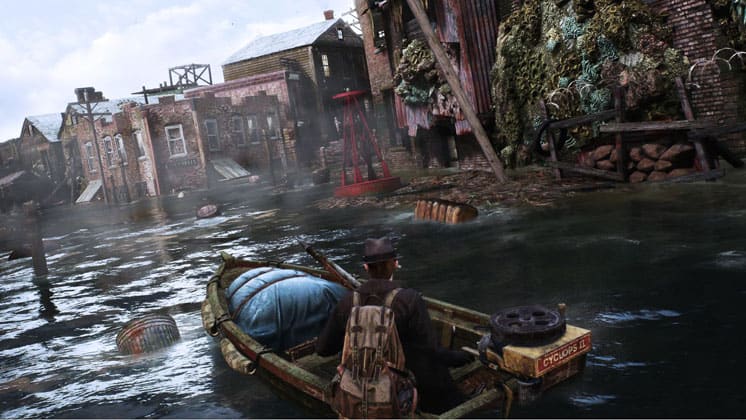 Lovecraft’s work is known for its dark and horrific imagery that often explores themes of forbidden knowledge, guilt, and fate. Frogwares looks to be using many of these same elements as the foundation for telling their own story with The Sinking City.

The game takes place during the 1920s in a secluded Massachusetts fishing town called Oakmont, which has a long history of association with the occult. You play as a private investigator named Charles W. Reed who’s brought to Oakmont in order to help uncover the mystery behind a recent flood that’s plaguing the town.

Aside from perpetually filling Oakmont’s streets with massive amounts of water, the flood has brought about a dark force that’s causing many of the town’s citizens to go insane. As Reed, it’ll be up to you to unravel the mysteries of Oakmont and save the city from its collapse, all the while trying to maintain your own sanity. 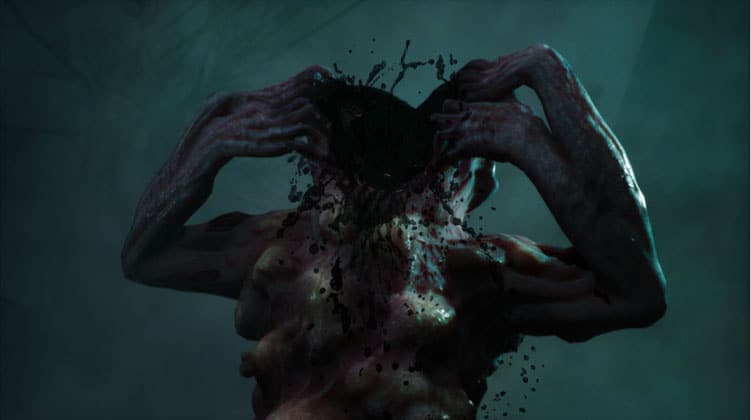 Frogwares is a veteran when it comes to making detective-style games, having created eight different Sherlock Holmes titles in the last two decades, including 2016’s Sherlock Holmes: The Devil’s Daughter. Additionally, the studio has previously explored supernatural settings in games like Dracula: Origin and Magrunner: Dark Pulse, which is a cyberpunk reimagining of Lovecraft’s Cthulhu Mythos.

When you think of H.P. Lovecraft, the first thing to come to mind is usually every fisherman’s worst nightmare, Cthulhu. The giant tentacle beast has been a part of a lot of Lovecraft-inspired games, including the tabletop game Call of Cthulhu and its later video game adaptations. While Frogwares hasn’t shown off the cosmic entity in all its glory, which is more in line with how Cthulhu is presented in text, we’re confident it will play a large role in The Sinking City’s story.

The Sinking City is designed to play like a standard third-person open-world game, however with a few key differences. Since Oakmont is comprised of multiple districts, each of which having been affected by the massive flood in some way, the player will have to use a boat in order to navigate through areas or risk coming face to face with the dangers that lurk beneath the water’s surface.

The game uses an open investigation system where the outcome of a quest is based on the player’s ability to analyze and piece together different clues and evidence. The Sinking City’s map doesn’t feature any waypoints or objective markers to follow, meaning it’s up to you to keep track of where you need to go and what you need to do. This allows players to familiarize themselves with the game’s environments more organically and leads to a more personalized game experience.

However, The Sinking City is about more than just detective work, as the player will also have to craft a variety of tools and weapons that can be used to take down paranormal creatures you may encounter. Oakmont’s current events have led to dwindling resources and a decaying social order where bullets have replaced money as the preferred currency. This makes ammunition extremely crucial for gameplay, as using too many bullets in a gunfight may leave you at a disadvantage when it comes to bartering for goods. 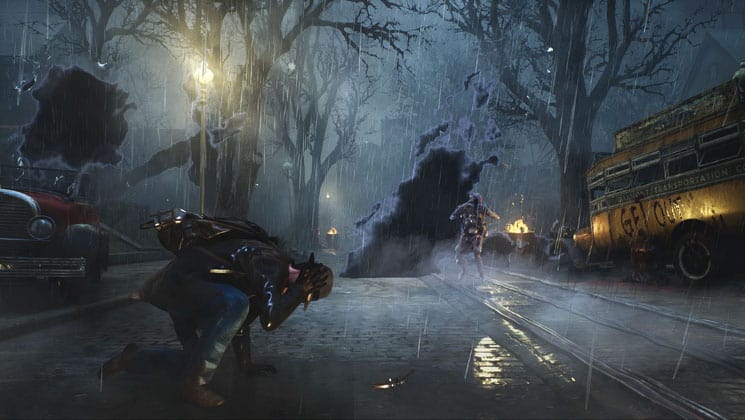 At the same time, you’ll also be responsible for managing Reed’s sanity, which deteriorates more as he comes in contact with grisly crime scenes and disturbing imagery. While sanity slowly regenerates on its own and can be replenished faster with drugs, more horrific encounters will cause sudden drops that drastically affect Reed’s perception of the world, with a complete loss of sanity resulting in death.

Although we’ve seen sanity used as a mechanic before in games like Amnesia and its existence here makes sense for a Lovecraft-inspired game, it’ll be interesting to see how Frogwares uses this feature in tandem with The Sinking City’s detective-style gameplay, which encourages you to seek out the very paranormal activity you’re trying to avoid. This constant juggle of keeping Reed sane while also solving cases seems like it will be a central part of The Sinking City’s gameplay loop. 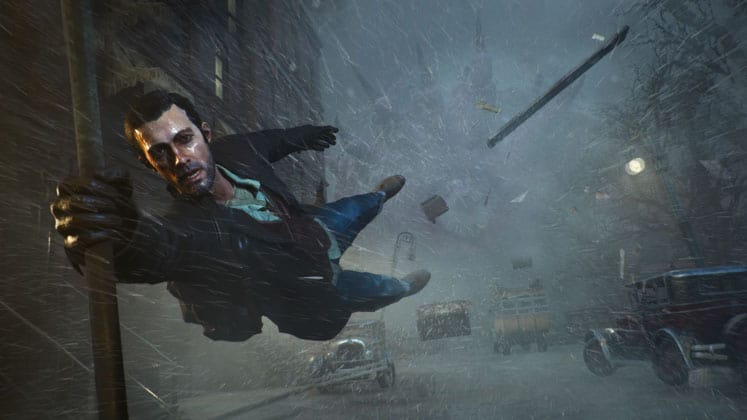 While developer Frogwares has managed to make a name for itself by crafting an assortment of adventure games that often blur the edges of reality and the supernatural, none have gone on to reach critical success.

Although delaying a game is sometimes met with thoughts of skepticism, The Sinking City shows a lot of promise and since its announcement has always seemed like an ambitious undertaking for a studio like Frogwares, so the need for more time is understandable if not expected.

Ominous allusions to Cthulhu and other otherworldly creatures has us excited to see what other secrets The Sinking City has to show when it releases later this year.

If you’re excited for The Sinking City and want to learn about similar titles, check out our list for the Best Horror Games to Play in 2019.