The Surge managed to slip under the radar for many gamers when it released in 2017. Featuring a dynamic and challenging combat system designed to mirror that of Dark Souls, the game is largely considered to be German developer Deck13 Interactive’s best work to date. However, the studio has been hard at work producing a sequel, The Surge 2, which is slated to release in 2019. With a host of refinements to combat and progression along with some QoL improvements, The Surge 2 has a chance to attract a lot more players this time around.

Here, we’ll be covering everything you need to know about the upcoming action RPG,  including story and gameplay details as well as some exciting rumors. Make sure to check back as we’ll be updating this story following any new announcements from Deck13 or the game’s publisher, Focus Home Interactive.

When will The Surge 2 be released?

In February 2018, it was announced that a sequel to The Surge was in development and scheduled to release the following year.  E3 2019 provided us with a new trailer along with a confirmed release date.

​What is The Surge 2’s story about?

The Surge presents a future where technology has advanced beyond the limitations of mankind. The rise of drones and worker robots results in a mass unemployment that forces humans to resort to augmenting their physical bodies with powered rigs in order to compete with their technological rivals.

The game had you playing as Warren, a new hire at CREO, a tech company on the brink of reversing the effects of climate change. After experiencing a painful surgery to implant his exoskeleton, Warren awakes to find the CREO facility in ruins. From there, he sets out on a quest to figure out what’s happened to the facility and along the way uncovers the truth about a secret CREO operation to repair the Earth’s atmosphere at the expense of killing off 95% of the human race. 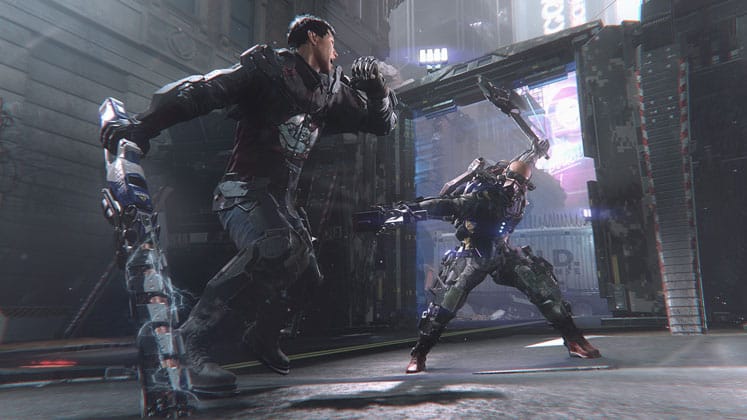 The Surge 2 picks up a few months after the events of the first and sees you playing as an original character whose plane crashes in the outskirts of Jericho City, a crumbling metropolis plagued by disease. Ditching the industrial setting of the original, the sequel will feature a lot more variety when it comes to its environments as nature has begun to reclaim the city and different types of flora can be found growing throughout. Additionally, the game will include a lot more verticality than the first, with players able to access rooftops and travel underground.

For the sequel, Deck13 wanted to make sure the setting felt like a living world where things are constantly evolving. And although the game will feature a lot more interconnected levels and hub areas, the developer has stated they don’t consider it to be an open-world game as there’s typically one main path for the player to follow. However, the game won’t be strictly linear as obtaining new items or defeating certain enemies may open up areas that were previously inaccessible, similar to a Metroidvania. 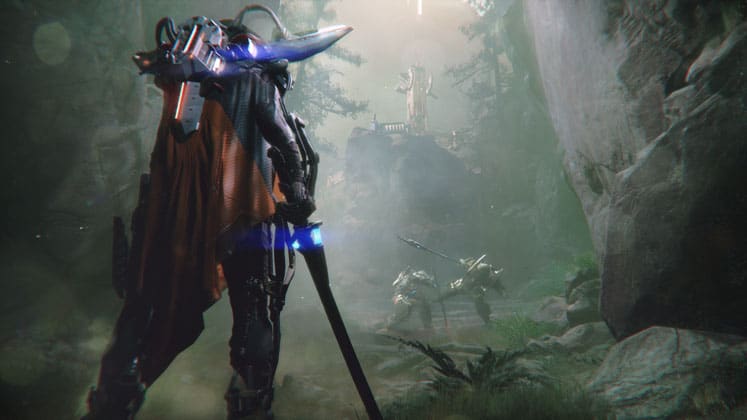 At the end of The Surge, players would receive one of two possible endings based on their actions, something Deck13 has maintained for the sequel. There will be key points where the player is either forced or has the option to make a decision that affects what shape the story takes. Among these is the order you choose to take on the game’s bosses, with each providing a unique level of challenge.

How has The Surge 2’s gameplay changed?

Chief among The Surge’s strengths is its challenging and frankly unforgiving combat centered on carefully dodging incoming attacks and targeting different parts of an enemy’s body. Although the sequel maintains many of the mechanics of the first, Deck13 has tweaked various aspects in order to make combat feel more fluid and fast-paced while providing additional opportunities for strategizing.

Included is a new blocking system that allows the player to deflect attacks from different directions before counterattacking. Additionally, performing combos has been greatly improved, giving players the option to cancel out of attacks if they find themselves in danger; chaining together powerful combos will also launch certain enemy types into the air.

Targeting and dismembering limbs has also been improved and now offers more visual feedback to make it easier to focus on a specific part of the body. Some parts will have special tech attachments that can be salvaged later on, adding a deeper sense of risk-reward when deciding whether to destroy an enemy’s limb to make a fight easier, or keep it in-tact so you can scrap it later on. 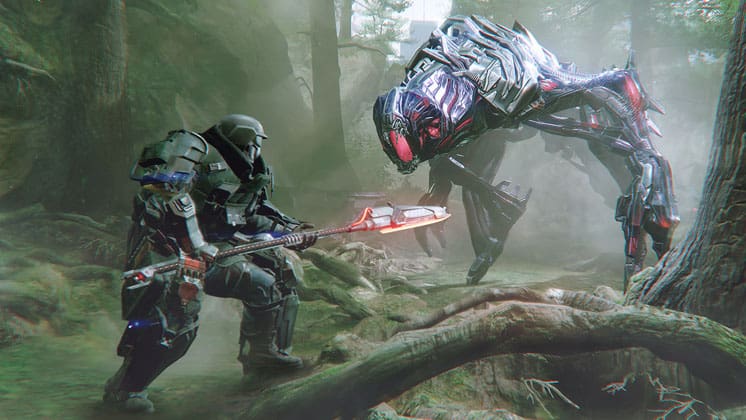 The switch to a more fast-paced combat system means that enemies in The Surge 2 will feel a lot more dangerous than in the original. Deck13 has optimized their engine to account for things like enemies getting stuck on level geometry or being blocked by certain objects. AI has also been improved and now allows for more complex behavior when targeting the player, such as enemies being able to follow you up ladders or elevators and even communicate with other enemies.

Therefore, The Surge 2 will require players to carefully study their opponent’s attack patterns, identify any weaknesses, and look for ways to use the environment to their advantage. This is nothing new for a Souls-like game; however, choosing to blindly charge at foes will more often than not result in your character’s untimely death. 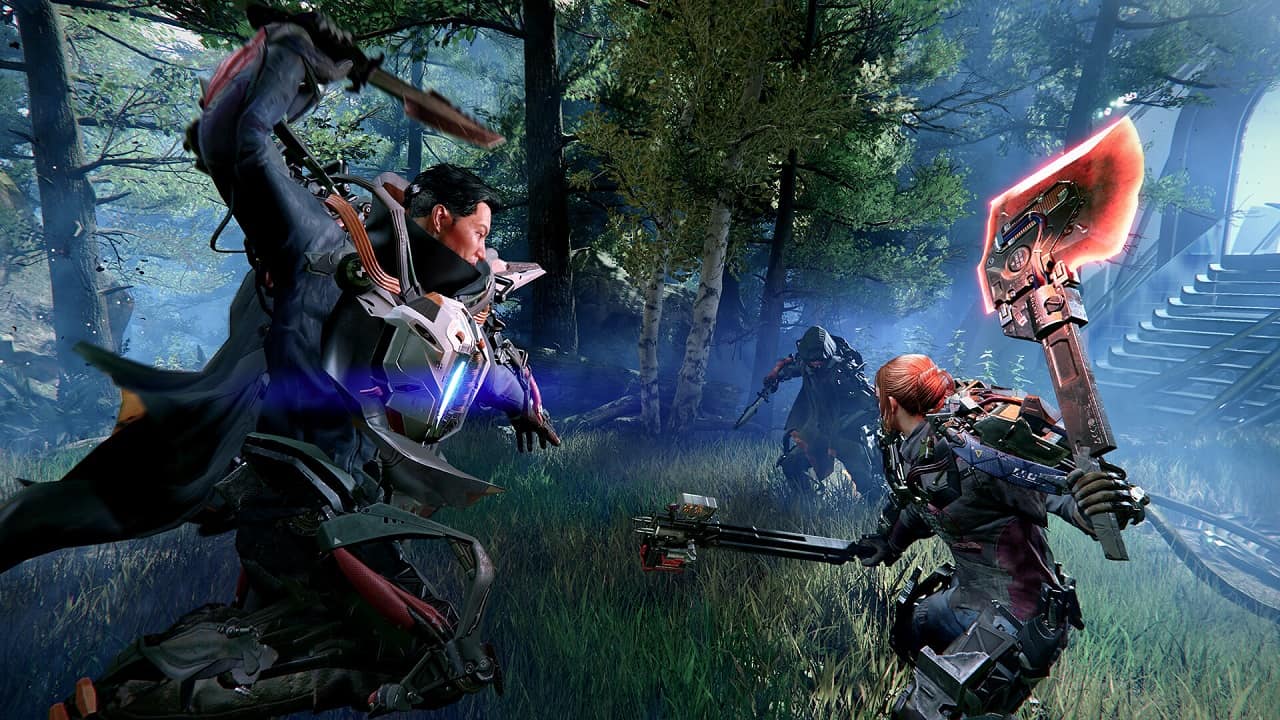 Similar to the first game, The Surge 2 will feature multiple character classes which can be further modified with unique perks called Implants and by equipping different types of armor. Additionally, players will have more control over which armor they choose to equip, with the option to take advantage of a full armor set bonus or multiple partial armor set bonuses.

Deck13 has made an effort to provide players with a much wider range of gear and weapons in order to encourage experimentation and unique playstyles. To this point, the number of weapon classes has been expanded from 5 to 10. Lastly, here are a couple more notable changes and improvements:

The final word on The Surge 2 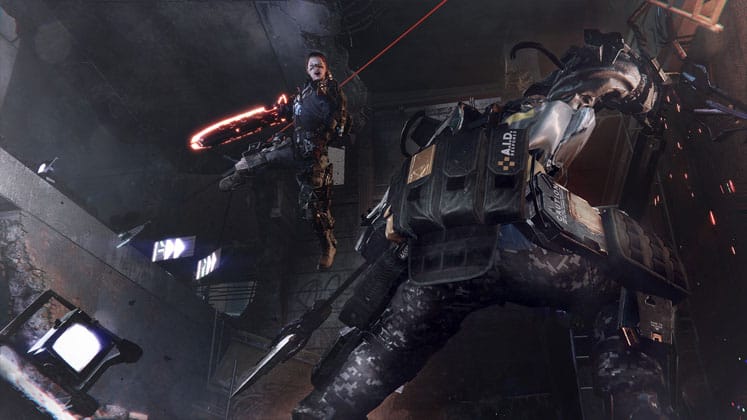 It’s nice to see Deck13 returning with a sequel that stays true to the original while also expanding upon the formula. New weapons, abilities, implants, and drones will no doubt give players a lot more options when it comes to fleshing out their character and creating a build that’s tailored to their playstyle.

A shift towards faster combat, smarter enemy AI, and more interactive environments sounds like the making for an engaging gameplay experience. Hopefully these changes are enough to draw in a wider audience of players or at least satisfy fans of the first. Either way, we’re prepared to brave each and every one of Jericho City’s challenges when The Surge 2 releases later this September.