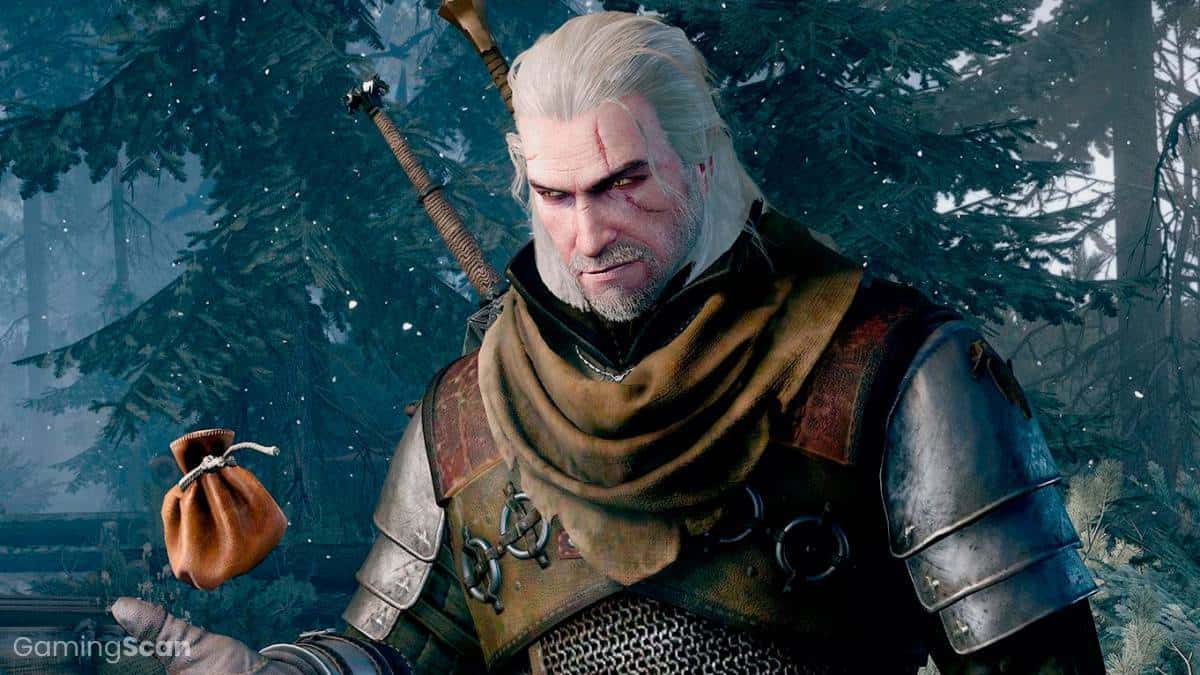 The Witcher 3: Wild Hunt and associated DLCs gathered rave reviews from pundits and players alike, with many throwing the “best game of all time” accolade around, not to speak of the countless Game of the Year awards.

With record sales surpassing 20 million copies and an army of fans eager to reprise the role of the rugged and charismatic Geralt of Rivia, it seems inevitable that CD Projekt Red will, at some point, conjure up another blockbuster – presumably The Witcher 4.

Here’s everything you need to know about the next entry in The Witcher series from speculative release dates to potential plot lines.

The Witcher 4 has yet to be announced in an official capacity, and as such, there is currently no release date or even a vague release window.

With CD Projekt Red’s attention firmly trained on their upcoming futuristic RPG, Cyberpunk 2077, we can all but assume The Witcher 4, or whatever name the next full-scale RPG set in the same universe takes on, is very much in the pre-production stage.

Adam Kiciński, president and joint CEO of CD Projekt Red, explained in an interview dated July 2018 that the first three The Witcher games were conceived as a trilogy, stating that any future titles would not follow the same numerical titling. What this means is that the next game won’t be The Witcher 4. However, we’ll stick to that name for the sake of simplicity.

Now for a spot of healthy speculation. CD Projekt Red historically releases a new The Witcher title every four years, and knowing that it finished off work on the Blood and Wine expansion towards mid-2016, chances are Cyberpunk 2077 won’t see the light of day until very late 2019 or 2020 at the earliest.

If we add another four years, this brings us to a far-flung 2024 potential release year for The Witcher 4. A long time to wait for anyone’s estimation.

The release of Gwent: The Witcher Card Game and Thronebreaker: The Witcher Tales in 2018, two The Witcher themed titles, shows that CD Projekt Red still value the IP and see the elemental merit of prolonging its life span. A good thing for The Witcher 4.

However, these two releases equally signal the workforce has been spread between three titles if we consider Cyberpunk 2077. CD Projekt Red is undoubtedly large enough and has sufficient resources to develop games simultaneously.

Still, given the scope of Cyberpunk, any work on The Witcher 4 is presumably the responsibility of a small team working on concepts and a broad narrative outline.

With no announcement or release date to speak of, unsurprisingly, there is no The Witcher 4 trailer currently in existence. That is, other than fake mock-up trailers that occasionally surface on YouTube – the work of keen fans or expert trolls and often cinematic trailers from previous games.

Many fall victim to these orchestrated hoaxes, so best be wary when perusing YouTube. If and when a trailer does drop, we’ll be sure to keep you posted.

Keeping to what made The Witcher 3: Wild Hunt such an original title, we imagine The Witcher 4 will retain many of the core gameplay elements from sword-wielding combat, magic-infused signs, a stifling array of gear to loot and upgrade, crafting, potions, and, of course, the travails of a monster-hunting witcher encountering a vibrant cast of monsters, NPCs, and creatures.

The Witcher 3: Wild Hunt was pretty definitive in the numerous endings it offered players – not just in the main title, but in the expansions. Notably, Blood and Wine struck a conciliatory note between Geralt’s growing desire to settle down and a world calming down after years of turmoil.

That doesn’t mean there aren’t any more stories to tell from Geralt’s perspective. A sweeping, well thought out cataclysmic event or new evil would be enough to prompt the aging Witcher back to roaming the expanses of the Northern Kingdoms, island hopping through Skellige, and navigating the labyrinthine back alleys of Novigrad.

CD Projekt Red has repeatedly described The Witcher 3: Wild Hunt as the final chapter in Geralt’s long tale, so chances are he may appear as an NPC to mouth off a few quips, guide a quest or two, or act a mentor, but not as the lead protagonist.

A story centered on another character is more likely to happen. Ciri, especially, could be a good fit. Going by the arguably best ending of The Witcher 3: Wild Hunt, she begins life anew as a roaming witcher.

Her unique abilities could open the door for a twist of Geralt’s signs and offer new story arcs, not to mention romance possibilities. Ciri’s ability to time travel is also packed with narrative promise with fans theorizing she may even make an appearance in Cyberpunk 2077, based on a snippet of dialogue in The Witcher 3: Wild Hunt, where she describes having visited a future of flying cars and towering buildings.

Equally, the ending where she rises to Empress of the Nilfgaardian throne is ripe for further exploration as she vows to turn the tide of the ravaged Continent and heal the differences between humans and non-humans.

A brand new character isn’t off the table either.

A fresh-faced witcher in training who must weather the arduous Trial of the Grasses before setting off into the world could provide an insightful story about what the early years of a mutant monster hunter entail. A different time frame is possible as well, whether it be in the past or the future, to create a clean break from the Geralt/Ciri led narrative.

Another possible avenue is the source material itself. Sapkowski’s books are bursting with characters and tangents to populate another handful of The Witcher games.

The Witcher 4 News and Rumors

The Witcher Is Heading To Netflix

Luckily, there’s fresh The Witcher themed content to sate us while we wait, in the form of a Netflix produced, big-budget episodic series adaptation.

Starring Henry Cavill of Man of Steel fame as Geralt, and featuring franchise mainstays Ciri and Yennefer, the eight-episode series has been created in collaboration with the author of The Witcher books, Andrzej Sapkowski, and has been released on 20th of December 2019.

The stakes are high whenever a beloved gaming franchise gets the series treatment. However, fans seem to be surprisingly pleased by this live-action adaptation.

Much has been said about CD Projekt Red working on a story-driven AAA RPG game in conjunction with Cyberpunk 2077 with a loose release window of sometime before the end of 2021, according to a company management report.

The most obvious would be The Witcher 4, given the description. Sadly, Kiciński categorically stated in a financial results conference webcast aired in 2017 that it is not the spiritual successor to The Witcher 3: Wild Hunt.

If we are to go by Kiciński succinct ruling on the matter, CD Projekt Red is possibly working on another brand new IP, which for any fan of the developer is as exciting as it is captivating. What will it be?

The fact that CD Projekt Red remains so guarded on the matter is reasonable. But the lack of even a small taste or announcement for a game that should release within the next two years is uncommon in this day and age of multi-year marketing drives. What secrets is the developer hiding?

However hard it may be to acknowledge, it seems that Geralt’s run has come to an end and what a good one it has been spanning three games, DLCs, and a few expansions.

In a way, Geralt retiring to the gentle climes of Beauclair and serenely tending to his Corvo Bianco vineyard with Yennifer by his side is an apt conclusion. Forcing another game with him at its helm at the cost of the high standards set in The Witcher 3: Wild Hunt would be a fool’s errand, and one CD Projekt Red seems intent on avoiding.

The Witcher 4, or whatever title CD Projekt Red settles on when it finally arrives, will have us take control of another known – or unknown – member of The Witcher world for what we imagine are hundreds of hours of pure enjoyment.

As you’ll agree, details are severely lacking, but when the future of arguably one of the most popular RPG games ever created will be revealed is simply a matter of time.

In the meantime, Thronebreaker: The Witcher Tales is well worth a gander if only to delve once again into the world of The Witcher with a cameo from the man himself, Geralt of Rivia.

Dark Souls Remastered – Is It Worth It?
Related Topics Tags