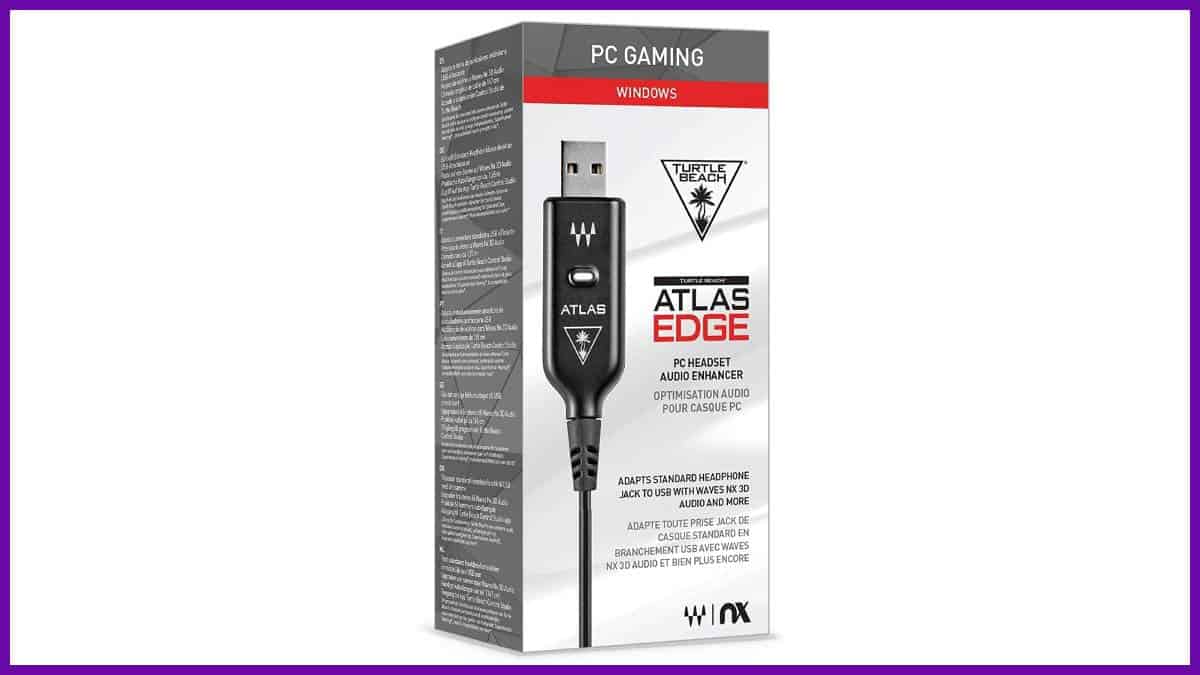 If you’re thinking of upgrading your PC’s audio system and making it more performance-oriented, but you’re not ready to splurge on expensive and new headsets, the Turtle Beach Edge may be the answer.

All gamers are looking for tools that will enable them to explore their possibilities fully and convert their skills into successful performance.

In the sea of PC hardware and gimmicks, there’s a device that is often overlooked, and surprisingly it is the one bit that holds together your performance and pleasurable experience – an audio enhancer.

This Turtle Beach Atlas Edge review presents one such tool, delving into a thorough investigation of its aspects.

The cable felt nice right out of the packaging, with a regular rubber design. Although we wish it was braided or a bit more sturdy, it seems as if it can endure a lot of torture (yeah, we say this from experience).

The connection is universal, as you can connect it to any USB port on your PC and any passive gaming headset on the other end.

Keep in mind, though – there’s no possibility to use it wirelessly. Still, the low latency that comes with the wired connection can hardly be beaten, even if it did support the Bluetooth connectivity.

The Turtle Beach Studio Control software suite is the latest and perfected version that is used to control this PC audio enhancer.

Highly intuitive navigation and interface allow you to access the controls easily. From there, pretty much anything is up to you – the bass, mids, highs, voice, mix… You name it.

Apart from the tuning controls and effects, you can also use this software to remap the buttons on your headset. This feature seemed a bit unnecessary at first, but then we figured that you could use it to configure in-game shortcuts, which is pretty handy (e.g., turn on/off 3D Audio, mute the sound temporarily, etc.).

When we say “use the software to tune your audio,” here’s what we think.

When it comes to pre-programmed presets at your disposal, there are Bass Boost, Natural Sound, Bass and Treble Boost, and Vocal Boost. They are pretty self-explanatory – a little bit of experimenting, and you’ll find precisely what you need.

Almost everything about this tool is customizable, including the fact that you can also create your own presents.

Another interesting feature that deserves a shout out is the Superhuman Hearing, an awarded audio effect that works just as it sounds. It allows you to hear enemies approaching from the other side of the map, and leaves no space for guesswork about where the gunfire is coming from.

Did we mention the Waves Nx 3D Audio? It opens up a whole new world of frequencies to you.

All these features work in tandem to make this enhancer a well-rounded one.

Not everything is rainbows and butterflies, though.

We were left with the impression that the output settings were neglected. While the manufacturers dropped the ball in this field, it still has a couple of functions related to the mic.

For instance, there is the Dynamic Chat Boost that uses Waves MaxxVolume to increase chat volume during the gameplay for you to hear your teammates and vice versa.

The best part? It manages to do so in a way that doesn’t interfere with the game audio by scanning whether it’s the right moment to enhance the chat (on both ends). This smart feature can win your team a match.

Performance-wise, this little device manages to marry the best of two worlds: sound quality and customization.

When you’re chatting with other people, they will hear flawlessly clear sound with no distortion – you can check this yourself if you record your voice and listen to it afterward.

It allows you to go beyond what you thought was the maximum volume, and fine-tuning game audio and streaming controls are neat.

Anyone who plays FPS games knows how important it is to hear every footstep while being able to communicate with your friends via the voice chat efficiently, and this tool enables that.

In the end, the Turbo Beat Atlas Edge can be best described as a reasonably priced, cool audio enhancer.

All audiophiles and passionate gamers will appreciate it, as it basically feels as if you bought a new headset.

You will be able to do a lot with it, with a single limitation – you can’t do it wirelessly.

However, that’s the small price to pay for what you get. 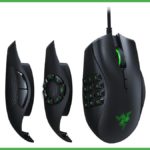