It’s not every day that a game with a playable goose manages to catch our attention. Actually, we’re pretty sure that has never happened in the history of gaming. However, this is something developer House House is looking to change with their next project, Untitled Goose Game.

The small indie studio based out of Melbourne, Australia first debuted with Push Me Pull You, a top-down sports multiplayer game in which two teams of sausage-like human bodies battle for control over a ball. The studio’s next game is shaping up to be just as bizarre and will no doubt be just as packed with quirky gameplay mechanics and low-poly art.

Here, we’ll be breaking down everything currently known about Untitled Goose Game and its many waterfowl-related hijinx. Make sure to check back as we’ll be updating this story following any major announcements.

Originally planned to release sometime in 2018, UGG has seen a number of delays well into 2019. However, a recent announcement from House House has the game slated to release on September 20, 2019, for Nintendo Switch, Mac, and PC. The game is being published by Oregon-based software company, Panic. 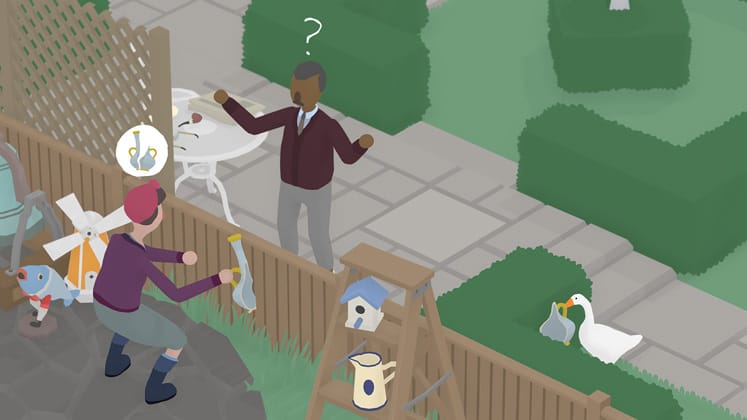 UGG takes place in a peaceful village where activities like gardening, fishing, and going on a nice, relaxing stroll are all the rage. You play as a mischievous goose who’s grown weary of its monotonous existence and decides to shake things up by causing some mayhem.

Tasked with making the villagers’ lives as painful and annoying as possible, you’ll begin exploring environments ripe with opportunities to stir up trouble. Whether it be stealing, sneaking, or honking, some one’s got to let the humans know who’s boss. 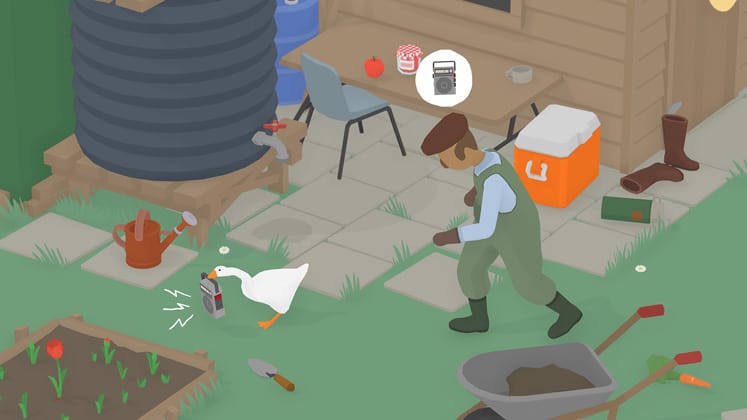 There are a number of ways for you to make the lives of humans truly unbearable. After some careful thought, you might consider sneaking into a local garden and lifting the owner’s radio; or perhaps you’ve spotted an expensive vase that needs smashing.

Whatever troublesome deed you’ve set your sights on, make sure to have an escape plan should the humans catch on. Think Metal Gear but with a lot more geese. UGG isn’t looking to be the most challenging or ambitious stealth game, but rather offer a brief and enjoyable experience to anyone interested in becoming a kleptomaniac goose.

This is evident by the laughably dumb enemy AI. In most cases, simply breaking a human’s line of sight will allow you to get away scot-free. Your relatively small goose-sized body also makes things easier, allowing you to come up with creative hiding spots that most humans wouldn’t think to check. 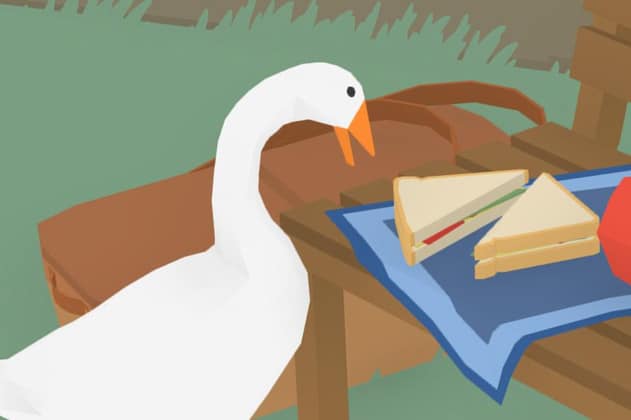 In an era where a majority of studios are trying to deliver big, ambitious games that demand dozens of hours to complete, it’s refreshing to see a studio like House House come along. Their fascination with creating quirky games centered around the most unlikely protagonists has caught our attention.

We’re hoping the game manages to deliver on each and every one of its fowl promises while offering hours of entertainment for players. For now, all we can do is fantasize about how great it will feel to play as a human-trolling goose until Untitled Goose Game launches later in September.

Looking for something to hold you over until Untitled Goose Game? Check out our curated list of the Best Upcoming Indie Games of 2019.