inXile, led by the enigmatic Brian Fargo, is once again diving into the inhospitable post-apocalyptic barrens of Fallout‘s spiritual predecessor and bringing us Wasteland 3, but this time set among the frozen peaks and tundras of Colorado.

To the relief of fans of the franchise, the recent Microsoft acquisition of inXile appears to have no bearing on the continued development of Wasteland 3.

How is inXile tackling the challenge of shifting the story to colder climes? Can we expect the same award-winning tactical turn-based RPG combat? Let’s find out. 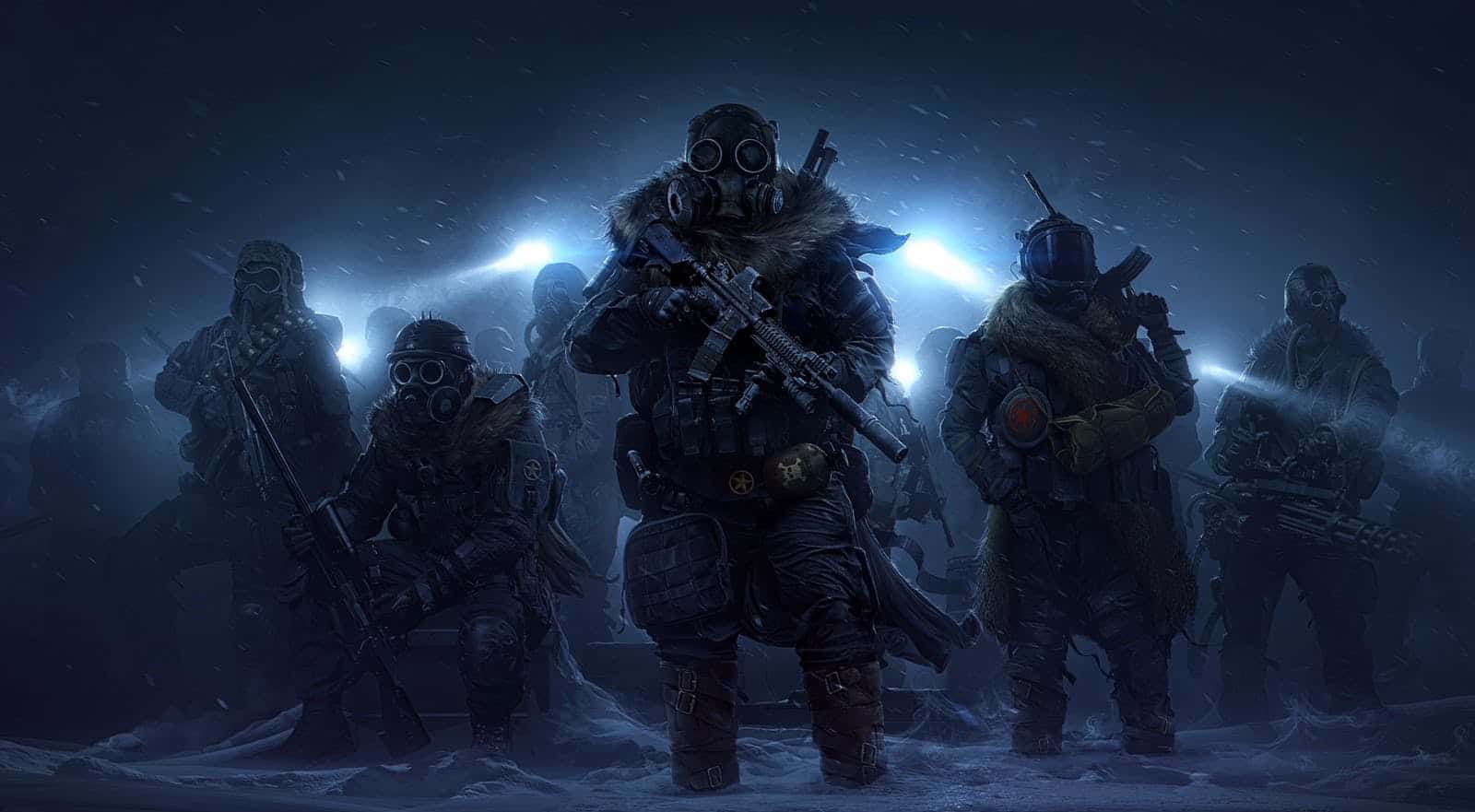 Not a release date per se, but inXile has consistently thrown around an estimated release window of Q4 2019.

inXile first announced Wasteland 3 back in September 2016. In hot pursuit of the critical success of Wasteland 2 and determined to build on its solid foundations, inXile once again opted to finance development through crowdfunding.

Although this time the developer chose equity-sharing platform Fig coupled with a mix of profits from previous games (notably Wasteland 2 and Torment: Tides of Numenera) and smaller investments from outside partners. Fig is an interesting rejigging of the now-ubiquitous crowdfunding model. Backers essentially invest in a game to earn returns from sales or can pledge funds in exchange for rewards as with Kickstarter.

The Fig campaign reached its initial goal of $2.75 million in only three days, prompting inXile to publish a dizzying array of stretch goals, including a talking car companion. Unsurprisingly, the majority of these have been met with the current haul standing at $3,121,716.

Although the Fig campaign ended way back in November 2016, interested parties who missed the boat have been, and can still, pledge funds through CrowdOx – and bag access to Early Access when it happens.

inXile is planning a coordinated release on PlayStation 4, Xbox One, Windows PC, macOS, and Linux with Nintendo’s Switch the only platform missing out on all the fun. inXile did recently port Wasteland 2: Director’s Cut to the Switch, so there’s hope yet for Wasteland 3 to do the same.

Calling this a trailer is a little awkward given the farcical, tongue in cheek tone of the video, but regardless this is precisely how inXile chose to unveil Wasteland 3 to the world in 2016, notwithstanding the purposefully awful acting.

At times excruciatingly maladroit and forced, the trailer follows inXile head Brian Fargo has he embarks on a mission to gather up the scattered members of the Wasteland 2 dev team. There’s a robot, a few bad jokes, and questionable costumes, but it’s all done in good fun.

Alongside the live-action reveal, inXile released an in-game trailer of what appears to be gameplay. An icy encounter with a clan of cannibals, called the Hard-Heads, led by the grisly Fish-Lips showcases the title’s emphasis on dialogue choices caked in an irreverent and bad-mouthed tone. The exchange quickly goes askew, and a gunfight erupts with a tantalizingly short illustration of the title’s turn-based combat mechanics.

inXile hasn’t released any substantial trailers since, although it did publish a video depicting the process of creating the previously mentioned Fish-Lips as well as a predominantly lore-focused radio transmission from a mysterious figure called The Patriarch hinting at a possible in-game story arc. 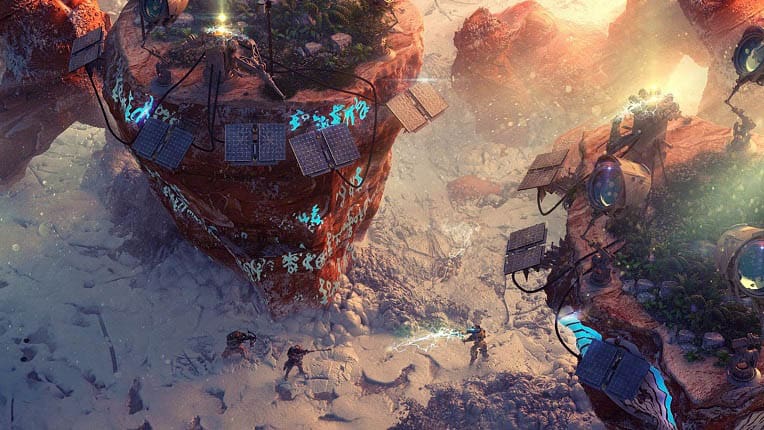 Wasteland 3 loosely picks up from the events of Wasteland 2 where a group of ruthless survivors known as the Desert Rangers fought tooth and nail to defend their footholds in the Arizona and California Deserts from the Cochise AI and the Guardians of the Old Order army.

An obscure call to arms from the Patriarch – the de facto leader in the region – leads the Desert Rangers to isolated Colorado, a frozen hinterland of mysteries, forgotten technology, and demented factions. Unlike their reputation in the desert wastes, the Desert Rangers are an unknown entity in Colorado.

As the last remaining member of the devastated Team November, the player must build a base of operations from scratch, train a squad of Colorado Rangers, and contend with a cluster of harrowing decisions that could mark the world for decades to come. But before embarking on such lofty pursuits, surviving the subzero temperatures is the primary concern in the opening hours of the game, and the bleak wilderness doesn’t make this straightforward.

With a blank slate, the player forges their unique reputation by assisting people, causing chaos, or by playing the game as they see fit. 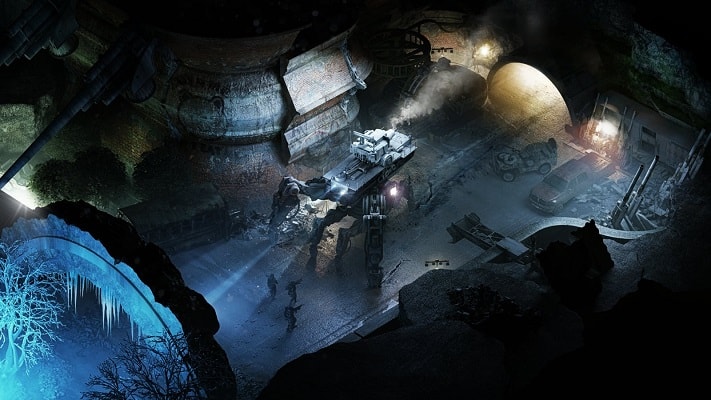 Wasteland 3 retains the core gameplay from Wasteland 2 as a squad-based choice-driven RPG emphasizing turn-based, tactical combat. The classic isometric view returns and the player drafts a squad of characters to venture into the unknown wastes.

inXile stresses ”macro-reactivity”, which in other words means a world where decisions have a direct impact on the story and the world at large. A choice can lead to more missions, and even close some off. The same applies to new regions and story arcs. inXile is banking on a high replayability value as well with playthroughs having drastically different facets and outcomes.

In its most basic form, Wasteland 3 is a single-player title, although you can also enlist the help of a friend to play in co-op in what inXile has termed ”synchronous or asynchronous multiplayer”.

Each player controls a ranger squad. You can take on missions, fight, change the world, and advance the story together. So far so normal. In a twist to the usual format, players can continue to play even if their partner isn’t online, but the game remains linked with choices having an impact on their experience and the game world.

You can also separate and explore different parts of the shared map, or move the story forward independently. Depending on what one player chooses or does, the other may experience the consequences. If you are that way inclined, it’s possible to inhibit a friend’s progress and reap the benefits of their hard work at their expense.

Either of the two players can terminate a co-op playthrough at any time, at which point the narrative splits into two distinct timelines. 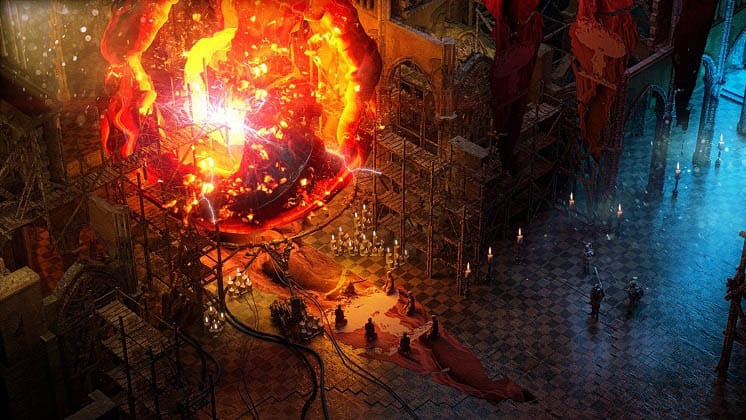 The combat system mimics that of Wasteland 2 and injects it with an updated system brimming with fresh features and fluidity such as team-focused abilities and environmental hazards alongside the use of cover, flanking maneuvers, a generous helping of combat skills, as well as status and tactical effects.

For the first time, Wasteland 3 introduces vehicles to the mix. Vehicles are used as mobile HQs, storage, for transporting goods, and to explore the vast Colorado wastes. They also serve a purpose in combat as a mobile form of cover and even as a weapon with mounted turrets. Players start with the ”Beater”, a stripped-down, functional armored truck with not much else to offer than a reliable mode of transport.

The Ranger Base also makes a welcome comeback, serving as the starting point for missions, resource gathering, research, enlisting squad members, contacting other factions, but also as a place where the story advances and decisions are made. It will evolve, grow, and shrink depending on how the player fares out in the world, and act as a crucial location in the game’s overarching narrative thread.

Graphically the game is a step up from Wasteland 2. Upgrades also stretch to UI and storytelling devices such as a zoom on NPCs during conversations, and XCom-style cutscenes.

As seen in the trailers, Wasteland 3 has a brand new branching dialogue system. Conversations evolve based on dialogue choices, but also more substantial game world decisions as well as how RPG elements such as skills and gear develop. 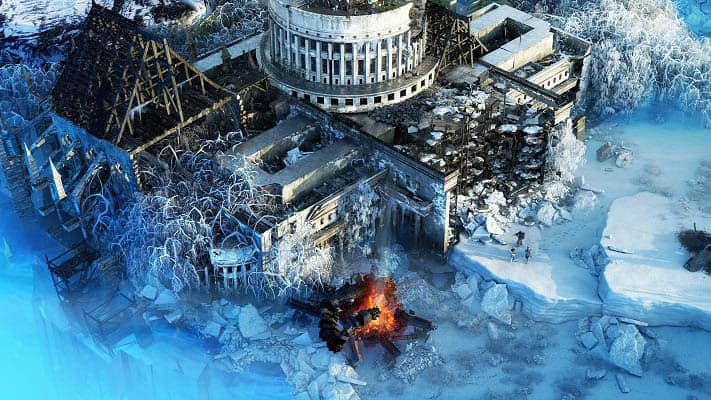 inXile head honcho, Brian Fargo, announced he would be retiring, or at least taking a protracted break, from video game development once Wasteland 3 is done and dusted. His decision bodes well for Wasteland 3 as it may represent his final coda and he’ll undoubtedly want to go out with a bang. We can, therefore, expect the team to double down on its efforts to bring to life his last vision.

After Microsoft’s acquisition of inXile in 2018, Wasteland fans wondered if the all-encompassing exclusivity gavel would come down on Wasteland 3 and exclude it from launching on PlayStation 4, Microsoft’s most direct rival. Fargo has, however, confirmed the game is releasing on PlayStation 4 as planned. Xbox One exclusivity appears to apply to future games only and not to those currently in development.

With Wasteland 3, inXile looks to continue its streak of bringing back the classic CRPG genre with all the amenities we’ve come to expect from modern games.

As ostensibly Fargo’s last title after a forty-year stint at the forefront of the video game industry, Wasteland 3 is on a course to match its predecessors with in-depth combat and storytelling prowess.

As for whether the final product lives up to the hyperbole of the title’s crowdsourcing pitch, only time will tell.