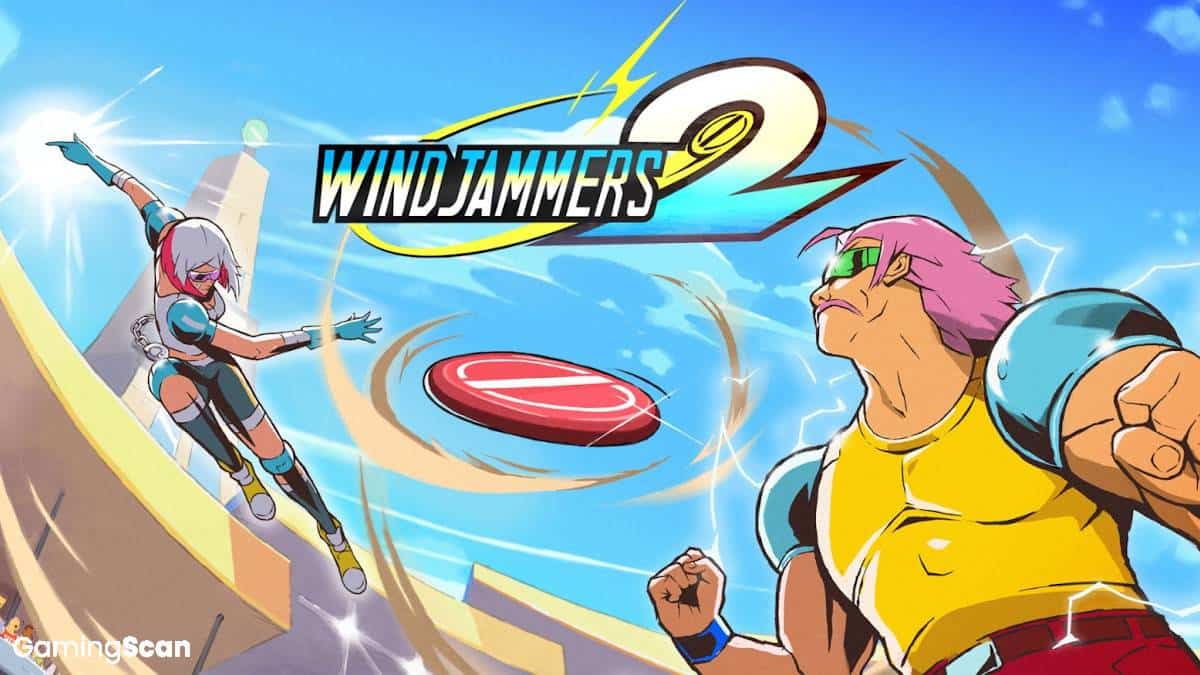 The original Windjammers, which was created by Data East for the Neo Geo in 1994, has gathered somewhat of a cult following over the years, mostly stemming from a port that brought the classic arcade sports title to PS4, Vita, and Switch in 2017.

DotEmu, the developer/publisher responsible for reviving the retro game, has recently revealed a sequel, Windjammers 2, which is currently in production and set to release later this year.

Here, we’ll be covering everything you need to know about the upcoming Windjammers sequel, including its release date, gameplay, new features, and some exciting rumors. Make sure to check back as we’ll be updating this story following any further announcements from DotEmu.

When will Windjammers 2 Release?

Windjammers 2 is scheduled to release sometime in 2020. At launch it will be available for Nintendo Switch and PC, with the possibility of a PS4 version as well.

The sequel will be the first new Windjammers entry in over 25 years. The game is being produced by French developer/publisher DotEmu, who worked on the 2017 port of the original Windjammers.

Despite including a bevy of new features with the sequel, DotEmu has gone on record stating they want to stay faithful to the original when it comes to gameplay, maintaining the original’s simple yet addictive frisbee-meets-tennis formula.

In it, two players compete by throwing a flying disc back and forth until one player misses and the disc hits one of three possible net areas. The disc can bounce off walls and obstacles, be tossed in the air, and increases in speed with each subsequent throw, making matches increasingly challenging and chaotic. Different characters have unique strengths and weaknesses which affect their movement speed, throwing power, and so on.

What New Features Can You Expect?

Windjammers 2 will introduce new features along with updated visuals inspired by the original arcade cabinet art. Replacing Windjammers’ 2D sprites are vibrant, hand-drawn character designs that breathe new life and expand upon the series’ roster of larger-than-life competitors while still adhering to the Windjammers aesthetic. Courts have been completely remade, and a few new ones have been added, each of which features more detailed environments and background elements.

The benefits of the sequel’s new look become clear once you see the game in motion, with characters performing flashy, over-the-top animations that see them launching into the air, charging up for powerful throws, and celebrating between each set. Thankfully, the scoreboard and UI has seen little change, mostly keeping the identity of the original.

The most notable addition in Windjammers 2 is a new EX meter, which players can fill during a match by returning throws. Once filled, it can be activated to trigger a special power shot with varying effects based on the character. A majority of EX moves cause the disc to behave abnormally, either spinning in an unpredictable pattern as it makes its way to the opponent’s side or zigzagging sporadically.

Accompanying EX moves are new reversal maneuvers that allow you to counter an enemy’s throw both on the ground and by launching your character into the air. Additionally, new drop shots enable players to earn some easy points against opponents who position themselves at the back of the court. These new moves add some much-needed depth to the game’s mechanics without overcomplicating Windjammers’ satisfying gameplay.

The Final Word on Windjammers 2

At a time when remakes and remasters are all the rage, it’s nice to see DotEmu trying out some new ideas in Windjammers 2. While a unique art style and new throwing techniques are sure to make the sequel stand out on its own, the French studio appears to be committed to honoring the look and feel of the original.

It’s difficult to predict how fans of niche, cult classics such as Windjammers will take such changes. However, we’re hopeful they’ll keep an open mind. At the very least, we can all be excited at the release of a new arcade sports game given they had become increasingly rare in 2019. For now, we’ll be keeping you updated on any news regarding Windjammers 2.