It goes without saying that the ‘zombie shooter’ genre has been done to death. We’ve seen multiple games release under The Walking Dead license, two Left 4 Dead games, Dead Island, Dying Light, Killing Floor, and ZombiU–we apologize, no one should have to remember ZombiU. The point being, this is a genre that’s clearly become oversaturated in the past decade, making it even harder for developers to come up with something new and exciting to offer players.

However, this is a hurdle that developer Saber Interactive is ready to take on with World War Z, the studio’s upcoming zombie co-op third-person shooter. The game is based on the World War Z license, which spawned from the 2006 novel World War Z: An Oral History of the Zombie War and was later adapted for film in 2013. Having ties to an already established property can be a double-edged sword, as it brings more eyeballs to the game at the cost of certain expectations from fans.

Adding more fuel to the fire is the fact that Days Gone, a PlayStation-exclusive single-player zombie game, is releasing in the same month as Saber’s. That being said, we believe there’s room for both titles in today’s diverse gaming market and believe the developer has a lot to offer for both WWZ fans and co-op fans.  So here’s everything you need to know about World War Z, make sure to check back in the future as we update this story. 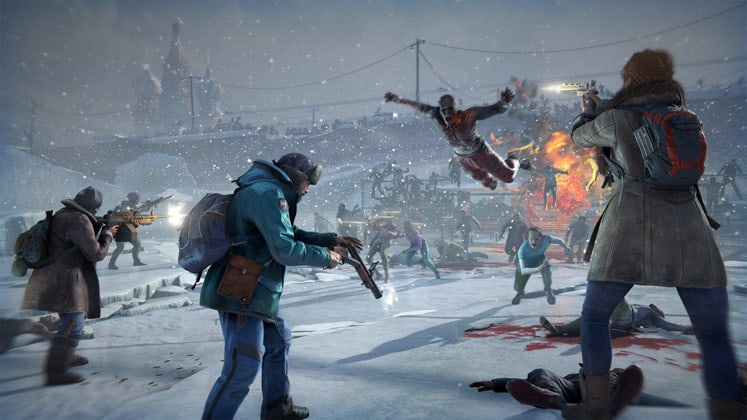 World War Z was first announced at The Game Awards 2017, and is slated to release on April 16th, 2019. The game will be available on PlayStation 4, Xbox One, and PC as an Epic Games Store exclusive. 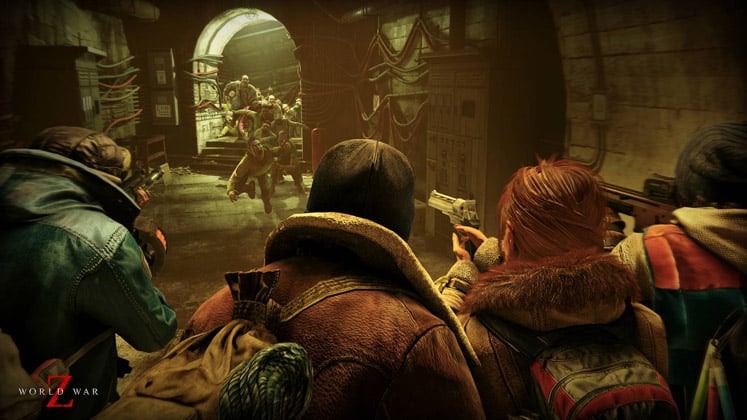 World War Z will share the stories of characters from around the globe that have been affected by the zombie plague in different ways. In a recent interview, Saber Interactive CEO Matt Karch had this to say regarding the game’s story:

“The way our game works, it’s not a linear story. Each episode tells its own story, in the way that the book would tell stories, diary entries, about survivors in different parts of the world. Each level tells a story. The story is relatively simply told, because the focus is on the action. But we’ve certainly invested in creating mini-universes within the larger World War Z universe. As we continue to develop them, they’ll start to intersect with each other in interesting ways.”

The fact that Saber’s taken a more episodic approach to crafting levels and telling the game’s narrative should resonate with fans of the original novel, which is presented as a collection of individual accounts following the zombie pandemic. With every country being directly impacted by this catastrophe, it makes sense to have what little survivors remain banding together to bring down the zombie horde.

While WWZ will have its own stories to tell and build upon the World War Z universe, don’t expect narrative to be at the center of the game’s focus, as Karch goes on to say, “There certainly is a story component, but we don’t expect people are going to be coming into World War Z to be engrossed in a deep story. The story is more of a motivation for getting to the shooting. That’s the way we approached the game, because it makes sense for a four-player online co-op shooter to skip the expensive cinematics and focus on the mayhem.”

We’ve seen a lot of online co-op games try to tell powerful, emotionally-gripping stories, and it usually doesn’t work out. When you have three other people in your party talking during a cutscene, it becomes hard to feel invested in characters or even keep track of where the plot is headed, just because your team is waiting for the next chunk of action. So it’s good to see Saber’s willing to recognize that and create an experience that’s more in-line with how players already approach games of this nature. 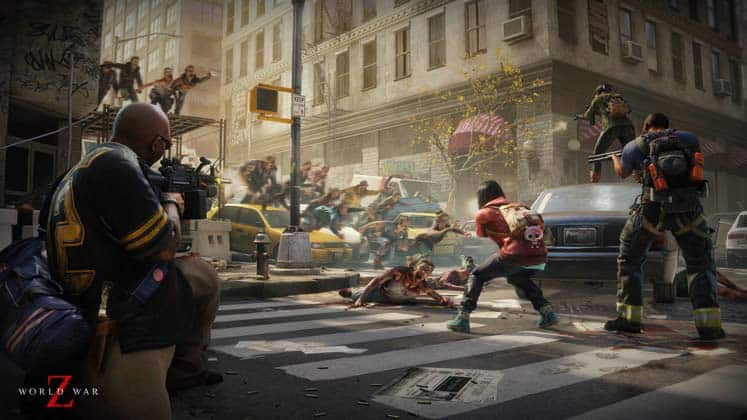 From everything we’ve seen so far, WWZ will play very similarly to the Left 4 Dead games, which definitely isn’t a bad thing. Squads of up to four players will team up and fight relentless hordes of zombies in each of the game’s levels while completing certain objectives.

The game will feature three different levels at launch, with a fourth planned for future DLC, and will offer unique challenges for players in locations set across the world:

WWZ will have a cast of 12 diverse survivors that come from all walks of life and fall into one of the game’s six customizable classes, each with their own perks and distinct playstyle:

In order to take out the zombie threat, players will have to make use of each class’s expansive arsenal, which includes over 30 different weapons, tools, and gadgets. Weapons include typical guns you’d expect like different types of shotguns, rifles, and pistols as well as more exciting options like crossbows and RPG launchers. WWZ will have environmental traps that can be activated, such as barbed wire, in addition to those that specific classes can use like Claymore Mines and C4.

Zombies in World War Z have always been portrayed very differently than in other properties. For one, they’re extremely fast and capable of launching headfirst at humans. Second, they travel in large clusters and will climb on top of one another to form bridges or walls to reach new areas.

Saber Interactive has recreated these same behaviors in their game via a proprietary game engine they’ve created called the Swarm Engine, which allows them to seamlessly render hundreds of zombies on-screen at once. Additionally, the Swarm Engine allows for advanced gore and dismemberment systems, meaning if you were to target a specific part of a zombie, like its arm or head, that body part would become dismembered and leave a bloody mess in its place. 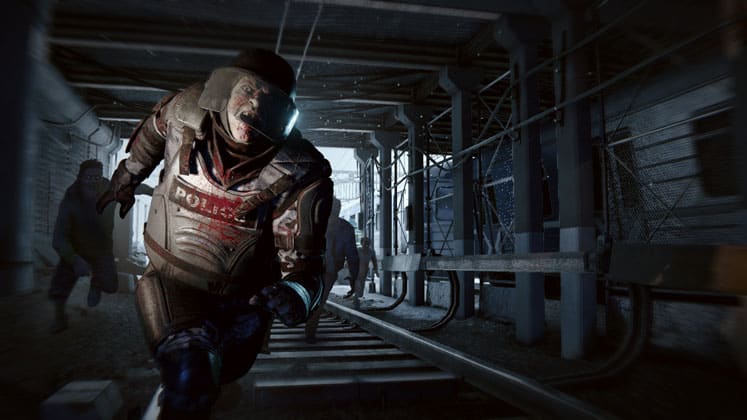 It’s great to see a developer like Saber Interactive offer players a solid co-op experience in a genre that felt like it had run its course. Although filling the shoes of games like Left 4 Dead while also competing with a heavily backed Sony-exclusive will prove to be no small feat, we’re confident that the developer knows what they’re doing. Furthermore, it’ll be interesting to see how Saber plans to support World War Z post-launch and how the game will be received by existing fans.

If you’re a fan of co-op games, check out our Best Co-op Games list for some great recommendations to hold you over while you wait for World War Z’s release.