The console arms race between Microsoft and Sony is heating up with all signs indicating that the new generation of consoles is set to usher in a revolutionary new age of home gaming with talk of 8K graphics, cloud streaming, and an array of long-awaited exclusives.

With Sony on the cusp of announcing the PS5 through regular hints about its capabilities, and Microsoft having all but officially announced the Xbox Two at E3 2018, we are edging ever closer to a full reveal. The trusty PlayStation 4 and Xbox One are not long for this world.

Here’s everything you need to know about the upcoming Xbox Two. Much has been said about Microsoft’s next flagship gaming technology, so let’s get right into it. 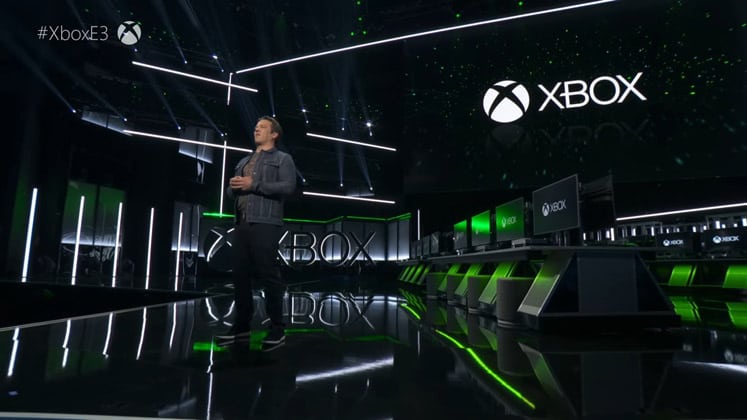 As Microsoft has yet to regale us with a formal reveal of the Xbox Two, there’s currently no firm release date for the device as of the time of writing. We can, however, deduce quite a lot with a bit of informed guesswork.

Firstly, short of a fanfare unveiling and formal announcement, the Xbox Two is confirmed. During the Xbox conference At E3 2018, the head of Xbox, Phil Spencer acknowledged in his closing salvo that the Xbox Two is being developed. He clarified that “our hardware team is deep into architecturing the next Xbox consoles, where we will once again deliver on our commitment to deliver the benchmark of console gaming.” The use of plural “consoles” is no mistake. We’ll get into that later on.

Secondly, researching Microsoft’s track record for releasing consoles reveals that the original Xbox saw the light of day way back in 2001, followed closely by the Xbox over fourteen years ago in 2005, and finally with the Xbox One in 2013. The trend is towards the gap increasing over time, but one that falls within the historic five-to-seven-year life cycle (aside from Nintendo and the stroke of genius that is the Switch), which would place a release date sometime between 2018 and 2020. In other words, we are ripe for an announcement anytime soon.

Unfortunately, the fact that within the Xbox One’s life cycle, Microsoft has released multiple versions of the console, most recently the Xbox One X in 2017 and the Xbox One S All-Digital Edition as recently as May 2019, further shrouds matters. In theory, pooling resources towards these models rather than a next-gen device would slow down development.

Fortunately, this may not be the case. Microsoft has been vocal about wanting to increase the “cadence of innovation” and offer players more choice with the latest Xbox One models acting not so much as hardware revisions but as iterative new consoles in line with the release cycle of the smartphone industry. We expect the company to adhere to this ethos and release the Xbox Two as soon as possible.

Thirdly, the rumor mill continually coughs up a 2020 release window and one that aligns with expectations for the release of Sony’s PlayStation 5. As direct competitors, both these goliaths of the console world are likely to more or less coordinate their releases to ensure a substantial portion of the market for themselves. A delay of even a year or two could spell disaster for sales as many eager consumers may have already migrated to the already available alternative. 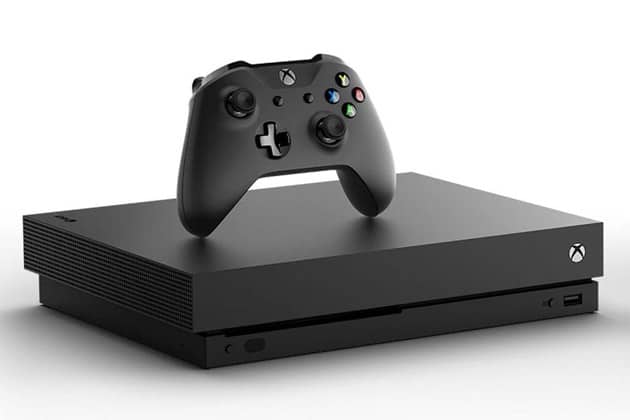 Furthermore, the 2020 window would allow Microsoft to stick to their usual pattern of announcing a new console around May of a given year for release in November, in time for the feverish holiday period as they did with the original Xbox One.

Finally, a faux pas on the part of AMD – reported to be the chipset manufacturer for both the next PlayStation and Xbox Two APUs – may have let the cat out of the bag early. Speaking about lackluster APU sales during an earnings conference call in late 2018, AMD CEO Lisa Su states profits were set to increase dramatically in 2020. Other than a bizarre increase in consumer clamoring for APUs in home computers, which is unlikely, we are talking about renewed unit demand for next-generation APUs from both Sony and Microsoft.

To summarize, a 2020 release is highly probable, but as always with these things, a healthy smattering of skepticism is recommended. 2021 or later isn’t out of the question, especially as Microsoft – the uncontested loser during the last generation both in sales figures and clout among gamers – is sure to want to make an impact with the Xbox Two and more time should equate to a better console.

We’ve known since June 2018 that the Xbox Two is codenamed “Scarlett’; however, it doesn’t refer to one single console but to “consoles” in line with the comments from Phil Spencer at E3 2018. In other words, the Xbox Two won’t be one console, but a family of devices, a collection if you will.

As far as we know, there are currently two consoles in development, codenamed “Lockhart” and “Anaconda” respectively. Let’s break down what we know about each of these. Before we do so, it’s worth noting that rumors suggest that all and any Scarlett title should allegedly work on both iterations, which is both reassuring and a sign that Microsoft has thought out this dual device approach so as not to disadvantage one over the other. 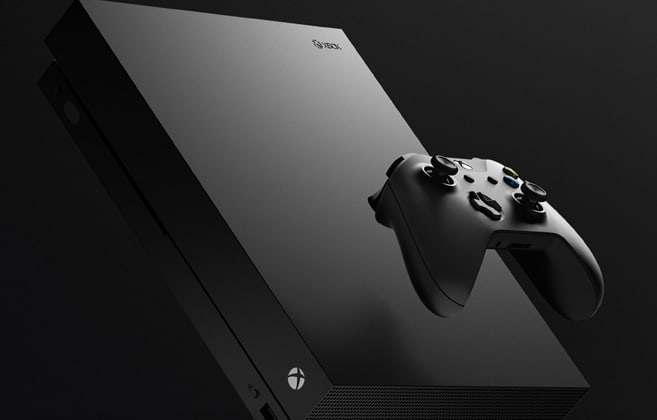 Going by an article by respected French purveyor of gaming news, JeuxVideo.com, Lockhart is the budget Xbox Two with lower specs than its counterpart and a less biting price tag to match. The absence of a Blu-ray disc drive means Lockhart is essentially a cloud streaming device. In other words, a stream-only version similar to the Xbox One S.

From what we understand, Lockhart is primed to make use of Microsoft’s extensive network of Azure data centers and servers across the globe to provide streamed gaming with minimal latency issues. The console itself will aid by completing tasks such as image processing, controller input, and collision detection locally. To us, this appears to be the ultimate application of the company’s long-rumored game streaming platform.

According to a Reddit post from January 2019, which has since vanished into the cyber-ether, Lockhart has the following specs or near enough. As always, consider these with ample pinches of salt.

Retail price is currently estimated at around $250, making it much cheaper than consoles purchased on day one of release. It appears that Microsoft is taking this approach to entice new consumers to the console space and widen its share of the market.

Anaconda, on the other hand, aligns with the traditional console format we are accustomed to with a higher price tag and high-end performance (i.e., higher frame rates and improved graphical fidelity much like the premium PS4 Pro or Xbox One X). The console undertakes all game processing tasks locally alongside an inbuilt ability to stream games like the Lockhart.

Corroborating Phil Spencer’s comments about the Xbox Two being “the benchmark for console gaming,” the Anaconda is expected to boast markedly more power under the hood than the PlayStation 5. Stating the obvious, this is good news for users. Comments from the PS5’s lead architect suggest Sony’s console is one mighty beast in the making. If the Anaconda is better, then the next generation should signal a sizeable leap in performance and graphical possibilities.

Again, rumored specifications have surfaced. These represent a ballpark estimate of the Anaconda’s hardware. Salt shaker at the ready.

Retail price is currently estimated at around $500.

According to Twitter user Apisak, both consoles will use a bespoke AMD APU currently named Gonzalo with a purported clock speed of 3.2 GHz making it significantly faster than the AMD Jaguar chips found in the PS4 Pro and Xbox One X. Both are expected to run at 4K, while the Anaconda should handle 8K if the specifications turn out to be on the money. 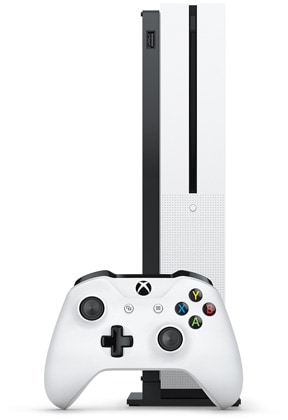 According to JeuxVideo.com, Microsoft is primed to make use of the upcoming E3 2019 to fully unveil both Lockhart and Anaconda Xbox Two variants. As always, this is pure hearsay, but given the flood of new tidbits surrounding the console, there’s a good chance this is indeed going to happen. It would also fit in with usual release cycle habits and lay the groundwork for a 2020/2021 release as a precursor to a full announcement. 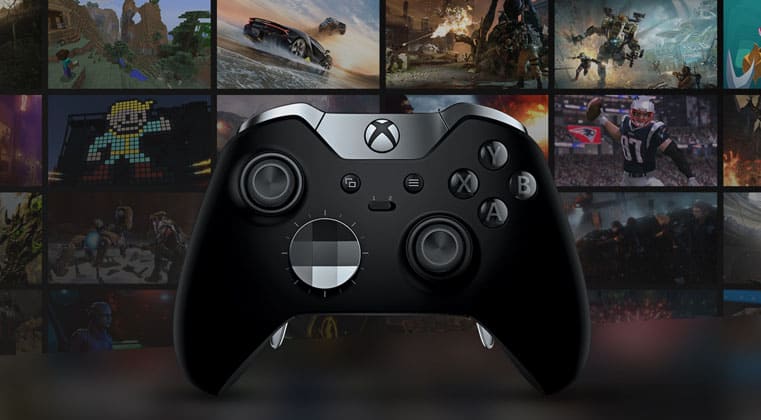 Although Microsoft fell short of expectations throughout the current-gen, it did retain the upper-hand when it comes to backward compatibility, and this is set to continue with the Xbox Two. The console is purported to offer full Xbox One and Xbox 360 game compatibility. Whether compatibility will work through a cloud-streaming solution or digital download system isn’t entirely clear right now. 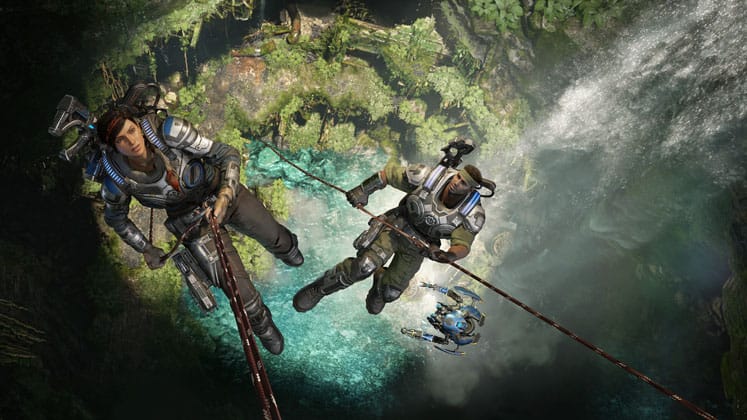 As it stands, several titles are expected on Xbox Two, chiefly the Bethesda double bill of Starfield and The Elder Scrolls VI, and after taking center stage of Xbox’s showcase at E3 2018, CD Projekt Red’s ambitious upcoming futuristic RPG, Cyberpunk 2077.

In terms of exclusives, Microsoft has announced Halo: Infinite as the next entry in the Halo pantheon and we fully expect it to act as a launch exclusive or, at a stretch, release a few months after the console goes on sale to entice gamers into buying the console. Gears 5 is also a strong contender for the Xbox Two if it doesn’t release beforehand on the current Xbox One.

No VR Support For The Xbox Two

Microsoft has long see-sawed when it comes to integrating VR with the Xbox One, and to this day, the tech has yet to surface. Rumors suggest Microsoft is sidelining VR completely for the next-gen Xbox Two.

With Sony’s dominance of the VR console space, the decision makes a degree of sense, especially if we consider that VR remains a niche technology even on supported platforms.

Sony and Microsoft To Collaborate On Development Of Future Cloud Solutions 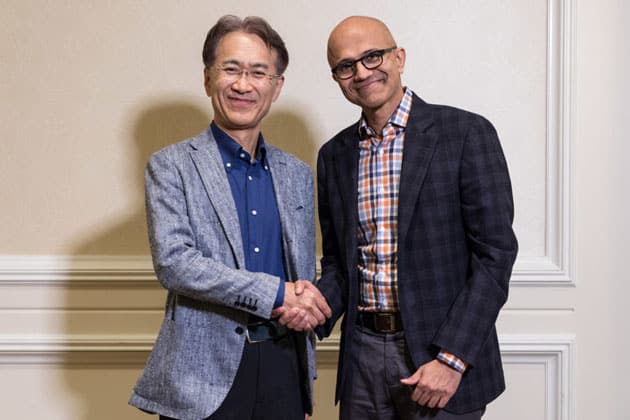 Sony and Microsoft have announced an extraordinary collaborative effort based on Microsoft’s Azure platform to work in conjunction with one another to define the future of cloud-based gaming.

To be specific, the two companies have signed a memorandum which acts as a kind of end to decade long commercial hostilities. What shape their collaboration will take is yet to be seen, but it does add weight to the Xbox Two as a content-streaming focused platform with Sony to follow suit with the PlayStation 5.

With both parties on the same side, the potential for cloud-streamed gaming takes a clear step forward, and Sony’s involvement hints at the Azure network being technically and logistically up to the task of catering to millions of players worldwide. The Japanese giant wouldn’t get involved if Microsoft didn’t have a compelling case. 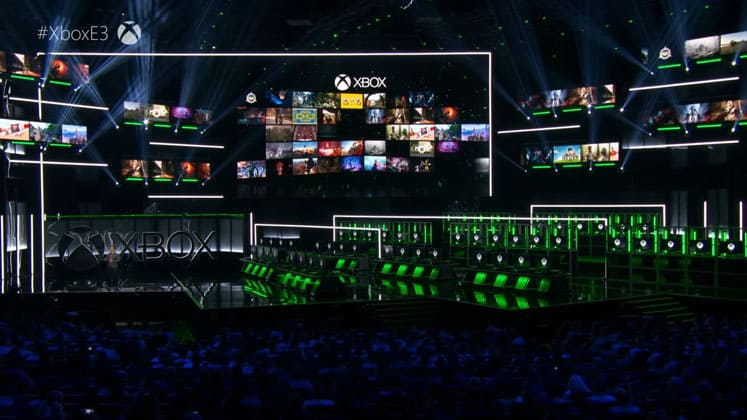 It’s an exciting time for console gamers, and we can firmly say that the next-generation is just around the corner. As it stands, the Xbox Two is a tantalizing prospect, not only with the dual-console approach Microsoft is taking, but the powerful specs it allegedly boasts.

Hopefully, E3 2019 will shed more light on what we can expect from the Xbox Two, and a 2020 release date becomes a reality rather than a surmised guess.