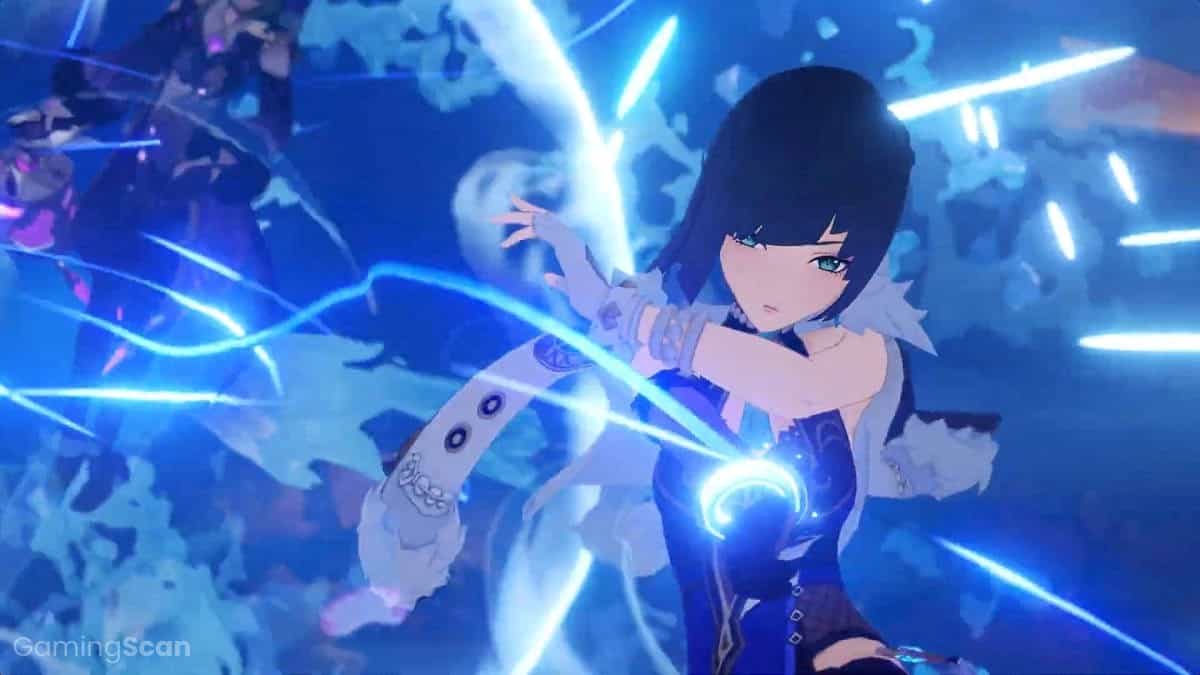 Yelan is a 5* Hydro Bow sub-DPS who provides a ton of off-field DMG and Hydro application to any team.

Hydro is arguably the best Element in the game—with access to Freeze, Vaporize, and Electro-Charged Reactions. This alone would make her a desirable unit. But Hydro units with consistent off-field Hydro application are the best of the best. This is the reason Xingqiu proudly sits in the S-Tier in our Genshin Impact Tier List.

Given that she’s a power-crept version of Xingqiu with an almost identical Elemental Burst, it should come as no surprise that Yelan is also an S-Tier character.

However, she’s a bit more difficult to play and equip optimally due to her HP scaling. This not only means that her weapon and artifact choices differ from the sub-DPS norm, but also that some Supports simply don’t work with her, like Bennett who buffs ATK.

In this Yelan build guide, we’ll show you how to optimize her for difficult content by evaluating her:

Yelan’s kit is exactly what you’d get if you took Xingqiu—one of the best units in the entire game—and decided to make him better.

She can be used to effortlessly enable Freeze teams, Vaporize teams, and Electro-Charged teams.

To this end, her Elemental Burst is her most important asset. Making sure that she can cast it as frequently as possible and minimizing its downtime is our most important consideration.

However, Yelan is more than just her Elemental Burst. Her Elemental Skill—in addition to making for the best open-world traversal and packing quite a punch—has a chance to trigger her Breakthrough state. This means that you can sprinkle fairly effective Charged Shots (that charge up very quickly) in between casting her abilities, which makes for an engaging playstyle.

On top of that, her second ascension talent buffs up the active character, giving her added utility beyond just mimicking what Xingqiu does.

All of this is to say that, at C0, Yelan feels like a complete and powerful character.

But what about her constellations?

Yelan’s constellations are—for the most part—incredible, with C5 being the only one that’s bad.

The developers seem to have gotten into the groove of making the C1 of new characters a nice quality of life upgrade and their C2 a massive DMG bump. If you’re looking to boost Yelan’s DMG, C2 is the constellation you should aim for.

However—and we cannot overstate this—do keep in mind that each constellation you get could have been a wholly new 5* character that would unlock new team compositions, play styles, and synergies.

No matter how good a constellation is, it’s not more valuable than an entirely new character.

Now, if you’re what the gacha community would call a whale, feel free to ignore our advice.

However, if you’re a F2P player or even a low-spender, we highly recommend holding off on pulling for 5* character constellations.

Any character who depends on their Elemental Burst for the majority of their DMG will want the 4-piece Emblem of Severed Fate artifact set bonus, and Yelan is no different.

The main stats you should use on artifacts for Yelan are:

Use HP% on the Sands if your Yelan already has plenty of Energy Recharge, as she would by using Favonius Warbow and at least the 2-piece Emblem of Severed Fate set bonus.

Otherwise, use an Energy Recharge Sands. This will technically lower her DMG, but it will ensure she gets to use her Burst more often, which is the main reason why you want to use Yelan in the first place.

As for the CRIT stats, your goal is to get her CRIT ratio as close to 1:2 as possible. To decide whether to use a CRIT Rate or CRIT DMG Logos, check to see which one would get her closer to this ratio.

As far as substats go, you should aim for:

If you don’t have a 4-piece Emblem of Severed Fate, you can use any combination of the following 2-piece artifact set bonuses:

Bennett is the team’s healer and ATK buffer. While his buff may not benefit Yelan much, it still provides a ton of value for Xiangling and—should you choose to run him—Xingqiu. Alternatively, you can use Yanfei as your on-field Pyro DPS.

Xiangling is the team’s main off-field Pyro DPS. Her goal is to continuously Vaporize enemies with her Pyronado DMG. Plus, as the second Pyro character in the team, she’ll also unlock the Pyro Resonance, increasing everyone’s ATK stat. If you’re running Yanfei as the main DPS, you can replace Xiangling with Xingqiu for even more off-field Hydro DMG.

Sucrose is the team’s Anemo support, used to reduce the enemies’ Elemental Resistances thanks to the 4-piece Viridescent Venerer set. She also increases everyone’s Elemental Mastery, further boosting the effectiveness of Vaporize Reactions. You can use any Anemo character like Sayu, Anemo Traveler, and Jeanto proc the set bonus. Sayu and Jean will work splendidly in teams without Bennett for their healing utility. Alternatively, you can use Xingqiu or Raiden Shogun for more DMG, although the latter is hardly a F2P character.

Fischl and Beidou cover the Electro part of the Electro-Charged equation. Both of these characters add off-field Electro DMG—single target and AoE respectively. Beidou deals more DMG but also requires more Energy, which is why using her together with Fischl—who generates a lot of Electro Energy—is a great. Replacements include Electro Traveler, Lisa, and Razor. If you’ve managed to get her, you can use Keqing as well.

Sucrose is once again here to serve as the team’s Resistance shredder and Elemental Mastery buffer. However, in this team she can also function as an amazing on-field attacker—unless you’re using Razor or Keqing—since all of her Normal Attacks deal Anemo DMG and can Swirl both Electro and Hydro at the same time.

Yelan is the off-field Hydro DPS whose goal is to enable Hu Tao to Vaporize her Charged Attacks. Her Burst also increases the on-field character’s DPS by quite a bit, which in this case will be Hu Tao.

Hu Tao is the team’s DPS, looking to Vaporize most of her DMG thanks to the off-field Hydro applied by other characters. You can replace Hu Tao with any other Pyro DPS and not much would change.

Zhongli is the team’s shielder. Since Hu Tao needs to have her HP halved for maximum efficiency, Zhongli ensures that she won’t accidentally die. His shield aura also reduces both Pyro and Hydro Resistance, which equates to higher overall DPS for the team.

Xingqiu is our top pick for the last slot in this team. He’ll provide extra off-field Hydro DMG and ensure that Hu Tao never misses a Vaporize proc on her Charged Attacks. That being said, one of Yelan’s biggest appeals is that she’s effectively Xingqiu 2.0, allowing you to have a great off-field Hydro applicator for both teams in the Abyss. If this is the case for you, consider running either Albedo or Yun Jin. Albedo brings more DMG to the team but runs the risk of disrupting some of Hu Tao’s Vaporize procs. Both will grant access to the powerful Geo Resonance.

Is Yelan Worth It?

In case this wasn’t already clear, Yelan is absolutely worth it.

In many ways, she is a power-crept version of Xingqiu, who’s already one of the all-time best characters in the game.

The difference is that she does even more off-field Hydro DMG and that her Burst costs 10 Energy less to cast. Plus, her DMG buff to the on-field DPS also makes her a viable support for hypercarries who don’t rely on Elemental Reactions for their DMG, like Eula.

In addition to this, Yelan’s HP scaling also makes her incredibly easy to outfit with weapons and artifacts. What’s also great is that her DMG ceiling isn’t gated behind Bennett’s Burst, so you can separate the two in Spiral Abyss without making any DMG concessions.

Truth be told, it’s hard to imagine a scenario in which Yelan wouldn’t be useful, which is a mark of every great character. 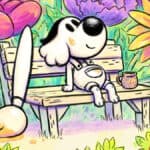