4A Games’ Metro: Exodus is officially out, and here are the best settings for it. Optimize and boost your frame rate today by following these simple steps.

Will you be playing Metro: Exodus on a laptop? Then make sure that the battery mode is set on “High Performance.”

Furthermore, check that all your drivers are up-to-date, especially your GPU drivers, as NVIDIA and AMD usually release new drivers ahead of game releases that will optimize your system profoundly.

If you have an NVIDIA graphics card, we recommend that you also perform the following optimizations. Note that not all these settings may be available to you. 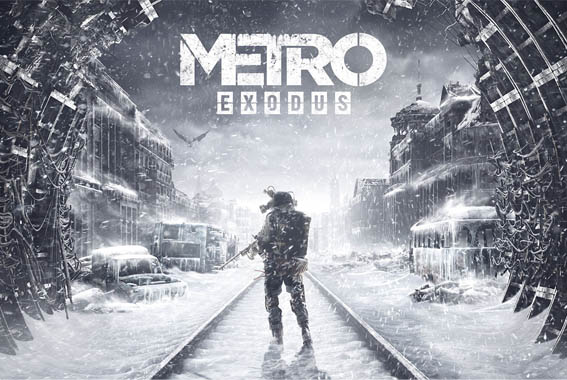 Like previous Metro games, there’s a separate benchmark application that you can use to see the differences between the setting options for yourself. It’s located in the same folder as the Metro Exodus executable.

Now the recommended settings depend on which type of PC you have. As this is a single-player game, you don’t need to put all the settings down to maximize FPS like you would on first-person shooter multiplayer games.

We want the best visuals possible for our system without sacrificing too much FPS.

We advise that you disable OneDrive if you’re not using it. Right-click on the OneDrive icon on your taskbar and click on Exit.

If you happen to use Discord, then make sure that you optimize it as well to boost your FPS in all your games, including Metro Exodus, while Discord is running on your PC.

You can also turn off hardware acceleration in Google Chrome so that background applications executed by Chrome do not consume too many resources when you’re playing Metro Exodus.

You can also use CCleaner – the free version will do the trick just fine.

Finally, restart your PC and you can enjoy Metro: Exodus with a higher FPS!