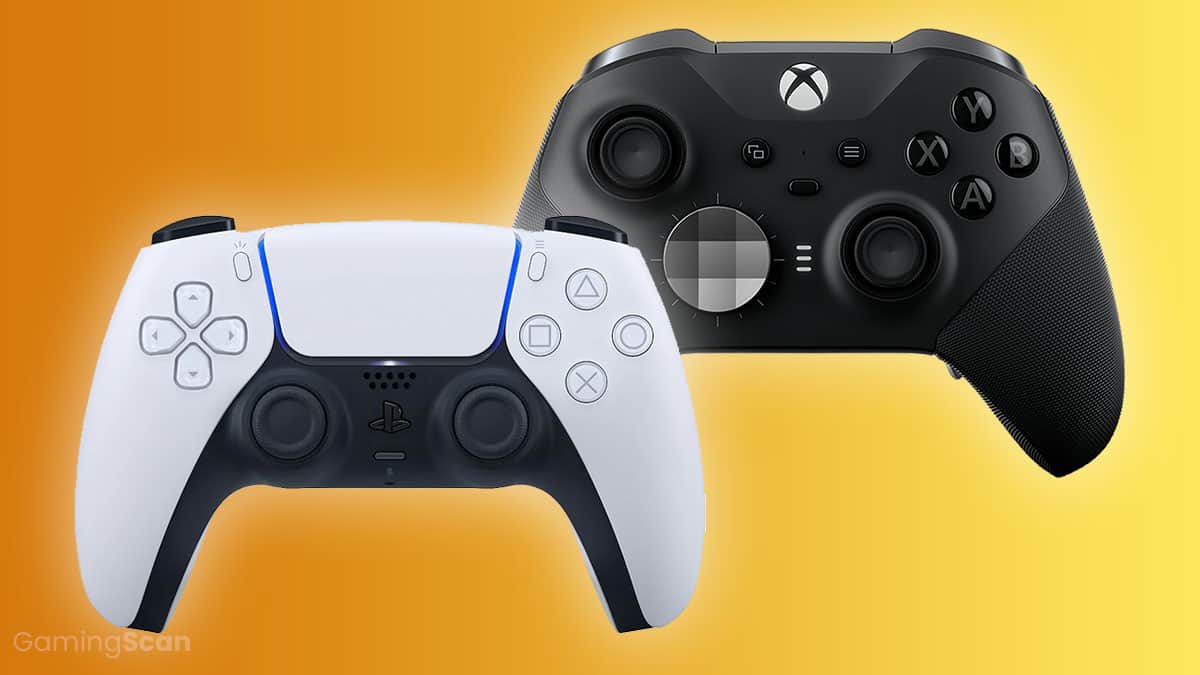 Owning a controller is a must today, even if you are a PC gamer!

Seeing as a lot of games these days are developed for consoles first and only ported to PC afterward; there are many problems arising from this practice. Apart from the optimization and stability issues, there’s also the matter of controls.

While some games do not support mouse & keyboard controls at all, many others are borderline unplayable without a controller.

To help you pick the ideal one to improve your PC gaming experience, we have constructed a list of the best PC controllers for 2022! 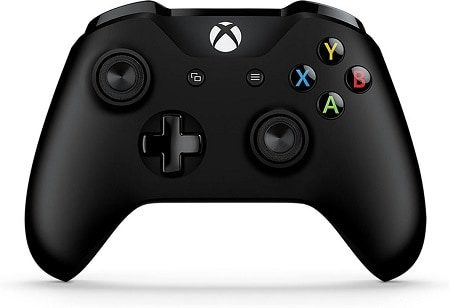 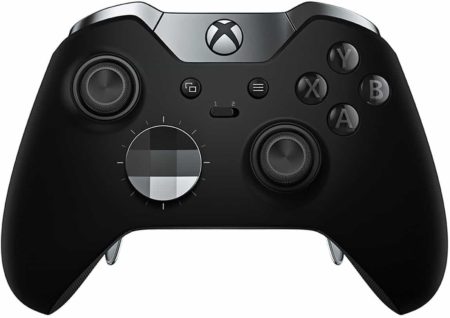 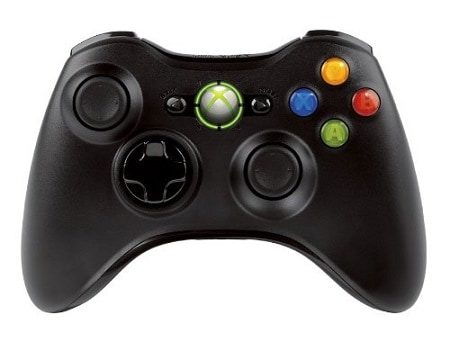 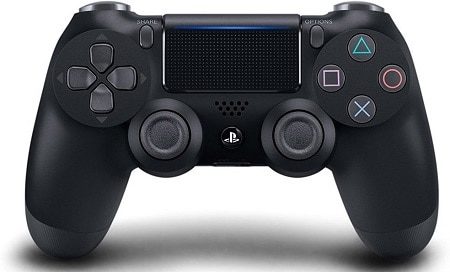 A New Controller Without The Old Flaws

The first on our list is the controller of the most popular gaming console today. While the previous generation’s DualShock 3 was a complete no-go for PC due to a lack of official drivers, the new and improved DualShock 4 is a different story. It’s a very good controller for PC.

The most notable thing about DualShock 4 is the fact that it is the most radical revision of Sony’s classic PlayStation controller to date. The design, layout, and functionality had hardly changed since the first iteration of the console, and as such, the DualShock 4 looks like a light-year long leap in comparison.

It sports a solid and sturdy plastic build and comes in several colors. These include regular black, red, blue, gold, and silver colors, in addition to a green camo pattern and three semi-transparent exteriors.

To make things even better, Steam also enables you to fully customize all of the controller’s features and tailor it specifically to your preference. What’s more, different configurations can be swapped easily and you can use configurations created by other people.

Much like the DualShock 4, the Xbox One controller improves greatly upon the previous generation’s Xbox 360’s controller.

When compared to its predecessor, the XONE controller appears cleaner and more minimalistic, all the while being lighter and more ergonomic. Moreover, there are many variations to choose from and there is the option to design your own custom controller, leading to the XONE controller being among the most customizable on this list.

The Xbox One Elite controller is an improved and more expensive version of the regular Xbox One controller. It has all the features that its lower-priced sibling does, but sports an array of additional ones on top of that.

At first glance, it can be recognized from the regular Xbox One controller by its color scheme, or rather, the lack of one. Namely, it is colored black and with several shades of grey. Upon closer inspection, it is notable that it also incorporates several metal parts which were originally made of plastic.

During the previous generation of consoles, the Xbox 360 controller had almost become synonymous with “PC controller.” Why? Simply because it was the only real option. DualShock 3 was only partially supported on PC with third-party drivers, and PC gamepads weren’t as good as they are today.

Even though it may look cheap and outdated when compared to the other, more modern controllers on this list, the 360 controller is a tried-and-true solution that will suit most gamers’ needs. 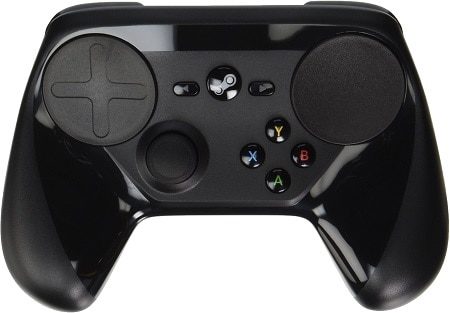 A New Take on a Controller

Weight: Exact measurement unavailable, approximately as heavy as an Xbox One Controller
Compatibility: PC (Via Steam)

It is impossible to talk about PC gaming today without mentioning Steam. And when Valve released their own Steam controller in November 2015, it didn’t quite leave the impact that people hoped it would.

It is a controller designed specifically to be used with PC and in such a way so as to be usable in games that do not natively support controllers. Its revolutionary design is evident at the very first glance: a single thumbstick and four face buttons, with dual trackpads to serve as both the second thumbstick and the D-pad.

In terms of design, there is an undeniable breath of elegance surrounding the futuristic-looking exterior. Otherwise, it is as ergonomic as a DualShock 4 and an Xbox One controller, albeit it looks more like the latter. 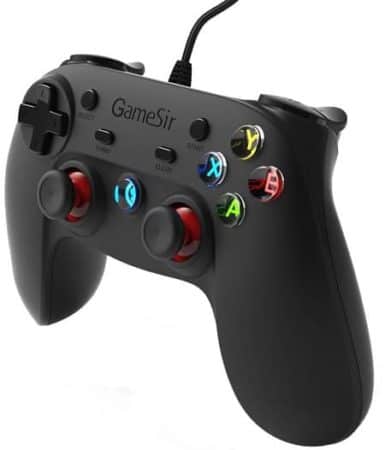 Unlike the other entries on the list, GameSir is barely a recognizable name. This Hong Kong-based company is not an industry giant like Sony, Microsoft, or Valve, and they focus specifically on the production of gaming controllers.

The G3w’s design borrows a lot from the DualShock 4, but don’t think for a second that you’re dealing with some poor-quality bootleg!

Which Controller Should You Buy?

In order to decide just which of these controllers is the best PC controller for you, consider the following:

In the end, our pick for the best controller on this list goes to the Xbox One controller due to its plug-and-play compatibility with Windows 10, making it the most straightforward and hassle-free option.

Sure, the DualShock 4 is a very viable option for PC now thanks to Steam, but even so, the integration is not quite as seamless as with the Xbox One controller. And as much as we prefer the D-pad and the gyroscope on Sony’s controller, we feel that many gamers would appreciate hassle-free compatibility over those extra features.

There may exist cheaper controllers out there, but the Xbox 360 controller clearly offers the best balance of price and quality, and there’s no arguing it. More importantly, it has been the controller of choice for PC gamers for many years following its release.

The wireless version is quite cheap today, and if you can’t afford it, the wired one is even cheaper. Frankly, the only real problem with the trusty old 360 controllers is its controversial D-pad, and if you can get over that, this is definitely the best affordable PC controller currently on the market.

If you’ve enjoyed this guide, you might also find our guide on the best racing wheels intriguing too. 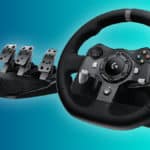