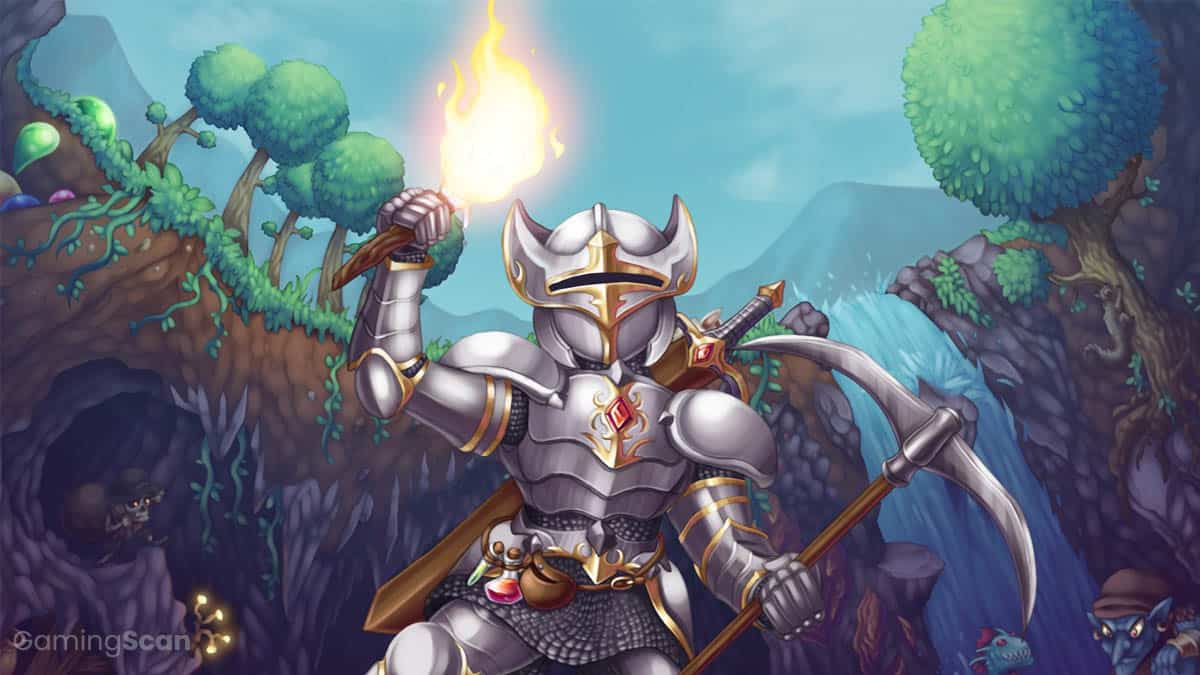 With over 30 million copies sold, Terraria is easily one of the most played indie games of the last decade. Created by Re-Logic, the 2D game blends Metroidvania exploration, Minecraft-like crafting mechanics, and stunning pixel art visuals.

If you feel like we overlooked your favorite game, sound off in the comments and let us know. And lastly, make sure to check back as we continue to update this list with new games in the future. 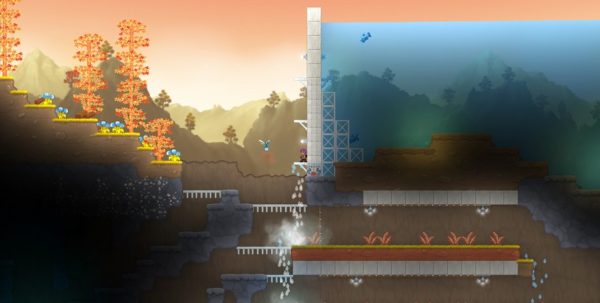 Dig or Die offers a unique blend of survival and tower defense gameplay in a 2D open world. The game casts you as a new recruit for Craft & Co., an automated tool manufacturer who’s hired you to go from planet to planet, pitching products.

After an accident, your ship crash-lands on a hostile alien planet, forcing you to use the same tools you were selling in combination with natural resources to survive. Each run sees you constructing a base outfitted with numerous defenses, including turrets, strong walls, drones, and more, as enemies try to flank you. 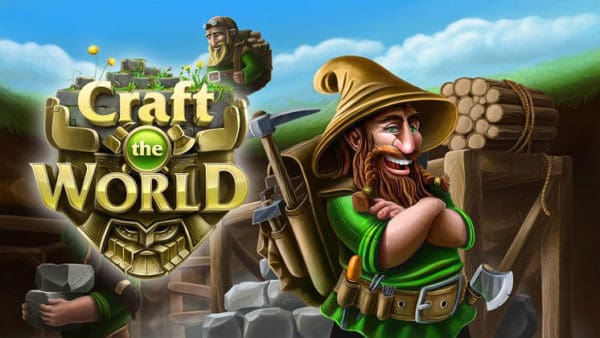 If the crafting aspect is your favorite part of Terraria, then there’s a chance you’ll also like Craft The World, which draws influence from games like Dwarf Fortress and Dungeon Keeper in addition to Terraria. It sees you managing a tribe of dwarves as they dig for resources, craft gear, battle enemies, and make settlements.

Much like Re-Logic’s title, environments in Craft The World are procedurally-generated and present unique weather conditions in addition to a day/night cycle. The game takes a user-friendly approach to crafting, making recipes easily accessible and organized to let you get back to building that next tool, weapon, or fortress. 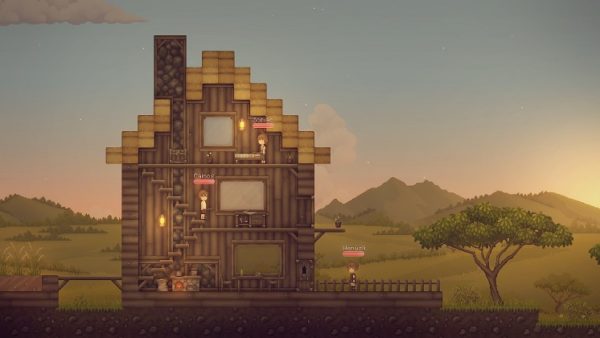 Alchemage is about an alchemist who gets transported to a mysterious world after failing to perform sorcery. Before you can get back home, you’ll have to find shelter, gather materials, and eventually build an interdimensional portal.

However, the game throws several obstacles your way, ranging from terrifying monsters to ancient relics and legends to unlock. While most of your time is spent building, there’s also an emphasis on magic, with your character able to cast spells and activate buffs via special potions.

Released in 2016, Crea is an open-world survival crafting game in which you improve in various areas by learning new talents and their respective skills. Mastering and leveling up a particular field unlocks new recipes that can be crafted into different weapons and tools.

The game places a greater emphasis on combat than Terraria, assigning enemies distinct attack behaviors in addition to shielding and dodging mechanics. It also supports modding, allowing you to dream up new assets and even gameplay systems for a change of pace. 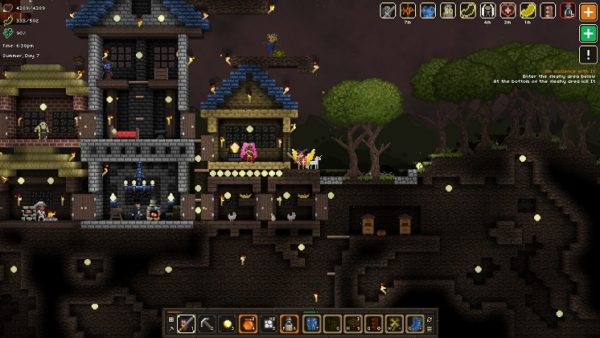 It Lurks Below is another action-focused 2D game that offers hours upon hours of enjoyment. In it, you play as a custom character and select your class before digging down into randomly-generated environments brimming with enemies and loot.

Since it’s an RPG, each of the eight character classes gets assigned unique stats and abilities that can affect the overall gameplay. It Lurks Below is playable in four modes: Creative, Survival, Descent (survival mechanics removed), and Hardcore.

Once you get past the fact that Terraria is 2D and the Minecraft is 3D, you’ll realize the two games share many commonalities. They both emphasize crafting, base-building, and exploring procedurally-generated worlds.

By now, most will be familiar with the Minecraft formula: you break blocks for resources and use them to construct various tools, weapons, furniture, etc. And just like Terraria, there are tons of Minecraft mods that add new elements to the game to keep things interesting. 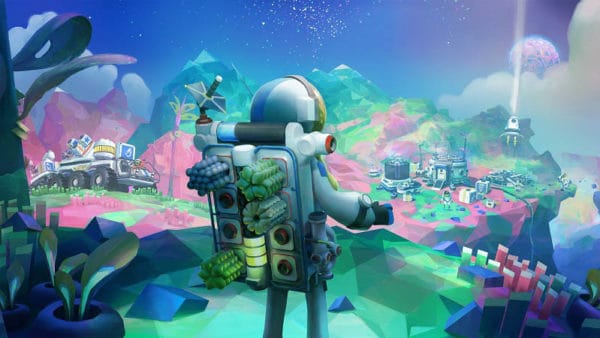 Much like Terraria, Astroneer offers a vibrant sandbox to explore as you set out to colonize an alien planet. In it, up to four players can work together to mine resources and craft various tools and vehicles, including a spaceship that expands the potential for exploration.

The game features a unique crafting system that sees you creating a network of stations and power plants that can tether your character to provide oxygen as you explore the world. And since Astroneer doesn’t follow a scripted story, you and your buddies are free to do whatever you want. 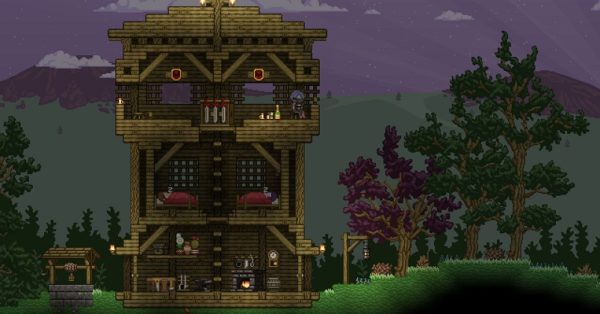 Starbound takes 2D sandboxes to another level by giving you free rein over a sprawling, procedurally-generated galaxy. The game starts with you inside a spacecraft following the destruction of planet Earth. The blast sends your shuttle deep into space, where you eventually encounter a nearby habitable planet.

From there, you progress by completing a mix of story-driven missions and free world exploration. You can battle enemies, terraform environments, build settlements, and mine caves for ores and minerals. Lastly, the game offers ship customization, allowing you to adjust both the interior and exterior. 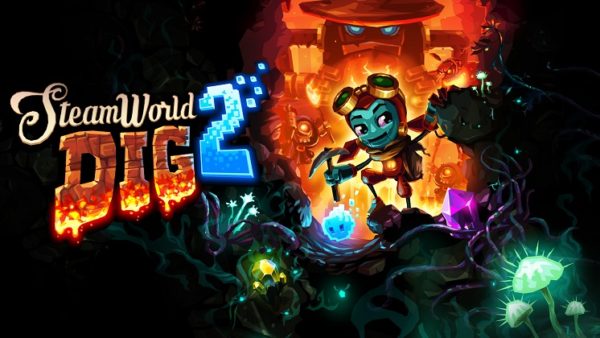 Switching gears, if you’re a Metroidvania fan, then there’s a good chance you’ve already Image & Form’s steampunk take on the genre, SteamWorld Dig. The sequel improves upon every aspect of the original’s formula without making any compromises.

In it, you control a steam-powered robot miner named Dorothy as she searches for her old mining partner Rusty (the hero from the first game), who has gone missing. Like Terraria, gameplay sees you delving deeper and deeper into mines to collect precious minerals for gear and upgrades. 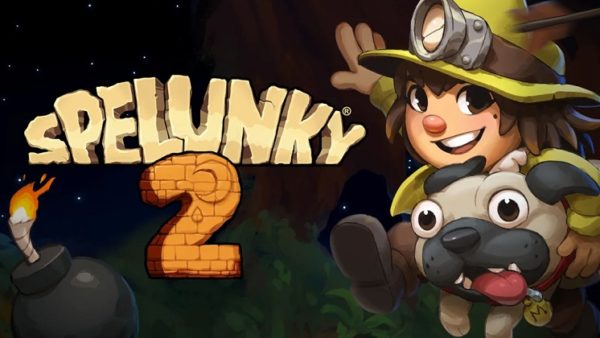 Speaking of sequels that elevate their predecessors, Spelunky 2 maintains the structure of the 2D platformer in addition to new traps, enemies, and secrets. The game is also a considerable step up graphically. It features reworked liquid physics that allow water and lava to drip and spread more realistically.

You play as Ana, the daughter of the original spelunker from the first game, as she sets off for the moon to find her missing parents. Every trap-laden level is procedurally-generated and offers new challenges between runs. 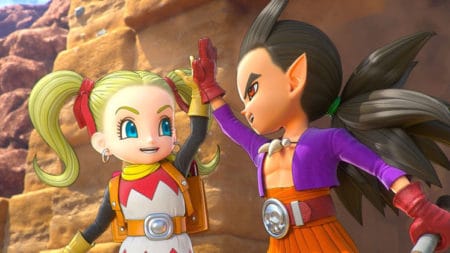 The last sequel we’ll be highlighting is Dragon Quest Builders 2, which expands upon the Minecraft-inspired gameplay of the first. The game sees you reprising your role as the legendary builder tasked with restoring civilization in a world where people no longer know how to make things.

As you learn recipes and expand your village, you’ll attract more NPCs to your growing colony who are willing to lend you their expertise. DQB2 includes numerous quality of life improvements such as more natural-looking environments, new glide and dive abilities, dynamic water collection, and online multiplayer.

Currently in Steam Early Access, Planet Centauri is a 2D survival crafting game that takes on some interesting ideas you wouldn’t expect considering the genre. In addition to exploring random environments, mining for resources, and battling monsters, you can tame and possess enemies you encounter in the game.

Every companion has special abilities that affect combat and exploration and can grow stronger over time. Additionally, your character can craft powerful weapons and even custom magic spells using rare materials. Lastly, a colony management system allows you to build your own towns and assign NPCs to various roles. 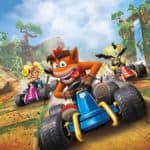