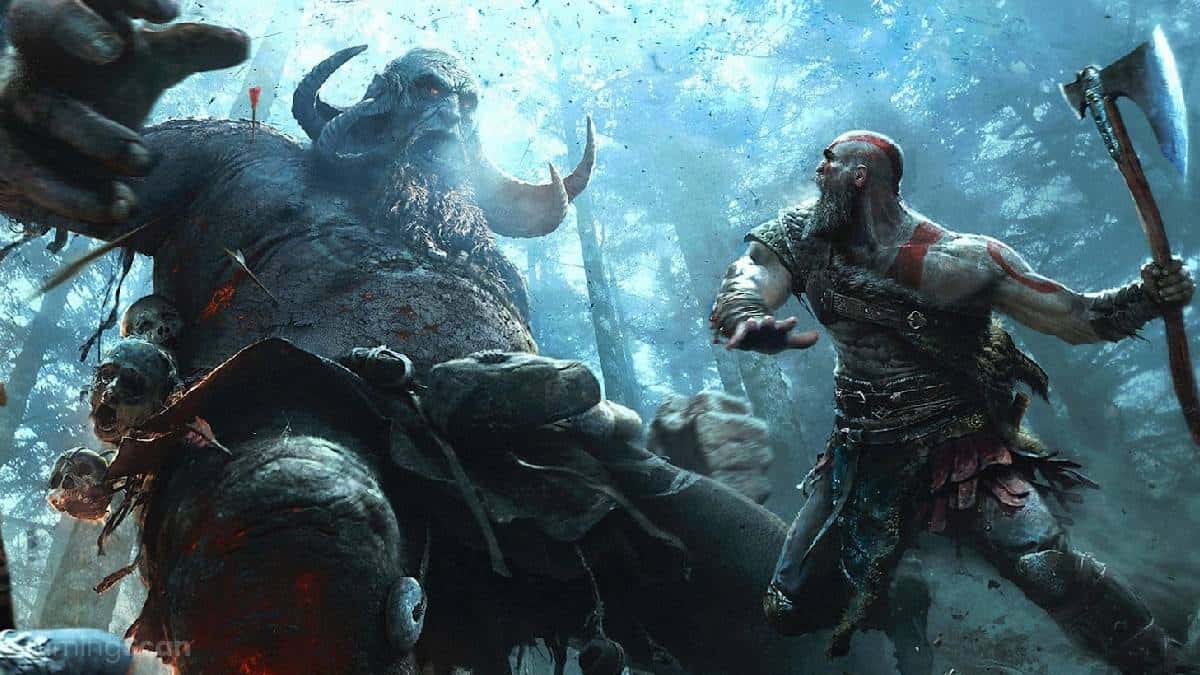 God of War is no less than one of the most recognizable games in history.

It is a long-running franchise that spans across multiple platforms and it played no minor part in establishing Sony’s PlayStation as a dominant brand from the 6th console generation onward.

In this article, we’ll be listing all God of War games in chronological order of their release. We’ll also provide a brief overview of each one, from God of War 2005 to God of War 2018! 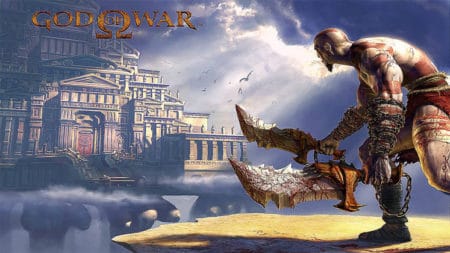 First up, we have the original God of War, the one that started it all. The first game introduced us to the series’ iconic protagonist, Kratos, and it set the foundation for what the franchise would become over the years.

The game takes place in a fictional fantasy version of ancient Greece, and it pits the player against a variety of mythological creatures and members of the Greek pantheon, including none other than Ares, the God of War himself, who functions as the game’s primary antagonist.

In an attempt to make Kratos his perfect warrior by stripping him of his humanity, Ares sees to it that his new champion kills his wife and daughter while on a frenzied killing spree. However, this only leads to Kratos breaking his oath to Ares, setting up the premise for the vengeful rampage that would span most of the series.

From a gameplay standpoint, the game introduces many mechanics that would stick around for the later installments: the Blades of Chaos, a fixed camera perspective, plenty of gore, visceral and addictive combat, massive boss battles, quick-time events, and various puzzles.

Though it may seem rather clunky in retrospect, the game was quite something at the time of its release and was almost universally praised by critics. 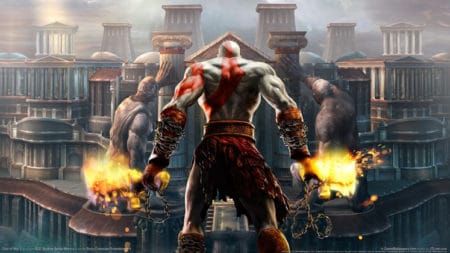 Fast-forward to two years later and we have God of War II, a sequel to the original game that expands and improves upon the foundation set by the original.

Having killed Ares and become the new God of War, Kratos is not on very good terms with the other gods. He is in fact, understandably, something of a black sheep. After he is manipulated and stripped of his power by Zeus, Kratos allies himself with the Titans in preparation for his final act of vengeance — the destruction of Mount Olympus.

Not much changes on the gameplay front, as the game retains the familiar main weapons from the first game, only this time, they’re called the Blades of Athena, not the Blades of Chaos. On top of that, several new weapons were added, and the combat feels smoother and more streamlined. Still, at the end of the day, it’s the same formula that worked so well in the original game. 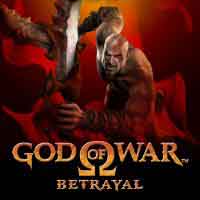 Understandably, the game doesn’t offer much in terms of plot and is widely seen as non-canon. Regarding the gameplay, it is pretty much what you’d expect of a 2007 2D side-scrolling mobile game.

Nonetheless, although it may seem archaic by today’s standards, the game was still surprisingly good for a 2007 mobile release and was also mostly met with positive reviews. 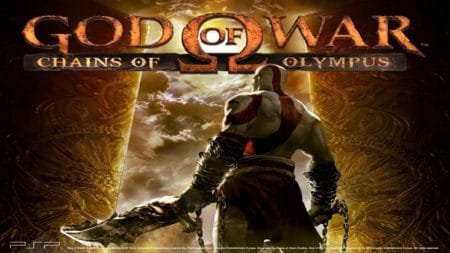 God of War: Chains of Olympus

Next up, we have God of War: Chains of Olympus, a PSP title that brought the full God of War experience to a handheld console for the first time.

After defeating Ares, becoming the new God of War, and before being betrayed by Zeus in God of War II, Kratos serves the gods of Olympus and is sent to break the siege laid by the Persians on the city of Attica. However, things take an unexpected turn after the sun disappears from the sky and the world falls into darkness. It is now up to Kratos to find Helios, the missing-sun God, to figure out what is going on.

Overall, Chains of Olympus does a great job of bringing God of War to a mobile platform as the gameplay is fluid, varied and as satisfying as ever. Of course, the graphics and the scope did suffer due to the technological limitations of the PSP, but this is quite understandable.

Much like the previous games, the reception was overwhelmingly positive, and the game was included in two PS3 collections later on: the God of War: Origins Collection in 2011 and the God of War Saga in 2012. 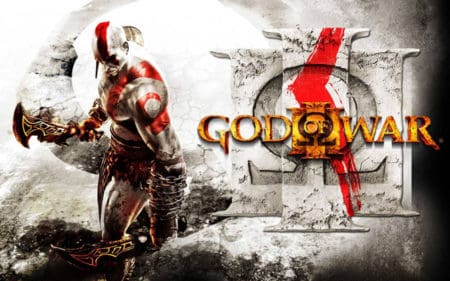 We finally get to another big title that was released for the PlayStation 3, having truly showcased the 7th generation console’s capabilities — the spectacular God of War III!

The game picks up where God of War II left off – with Kratos and the Titans besieging Mount Olympus, ready to dethrone the Olympian gods. From then on, Kratos needs to make his way to the top of the mountain and face his father, Zeus himself.

While the game looks fantastic from a graphics standpoint, the fundamentals remain the same in a large amount, as the game takes a similar approach to God of War II in this regard. The signature Blades are back and several other exciting weapons bring variety to the playstyle. Other than that, not much has changed, but the formula works as well as it did before.

Unsurprisingly, God of War III also received extremely favorable reviews upon release. In addition to the original 2010 version of the game, God of War III was also brought to the PlayStation 4 in 2015, in the form of God of War III Remastered that brought some graphical and performance improvements to the game. 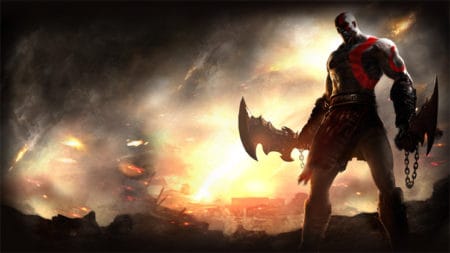 God of War: Ghost of Sparta

The game delves into Kratos’ past and his relationship with his brother Deimos. Deimos was abducted by Ares as a child due to a misinterpretation of the prophecy regarding the downfall of Olympus.

The story is presented surprisingly well, and this played no small part in the critics praising Ghost of Sparta as one of the best handheld games ever made. Of course, the graphics are surprisingly good, too. The formula, in turn, although superbly executed once again, remains mostly unchanged.

Ghost of Sparta was initially released for the PSP, but like Chains of Olympus, it was also released on the PS3 as part of both the Origins Collection and the God of War Saga. 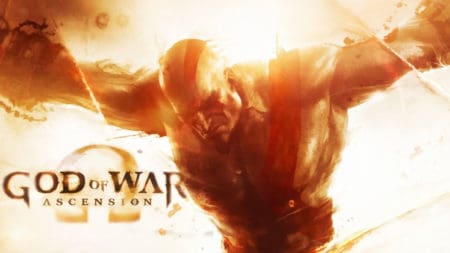 Up next, we have God of War: Ascension, a PlayStation 3 game that, rather than continuing where God of War III left off, took us on yet another journey through the events that transpired in the past, this time before the actual events of the original God of War.

After breaking the oath he had sworn to Ares, Kratos is imprisoned and tortured by the Furies as punishment for his transgression. Unsurprisingly, it’s not long before the Spartan breaks out of his prison to take revenge on his jailors and, ultimately, on Ares.

While the game was as visually impressive as God of War III, franchise fatigue had started to set in at this point. The ever-expanding story of Kratos’ quest for vengeance started to lose its impact, and the lack of innovation on the gameplay front didn’t help the matter either. Ascension featured no interesting new weapons like the other games did, it merely added different magic disciplines to the Blades of Chaos.

Ultimately, this is not to say that Ascension is a bad game, far from it — it still received very positive reviews. But it was quite evident that certain changes had to be made if God of War was to remain a relevant and influential franchise like it used to be. 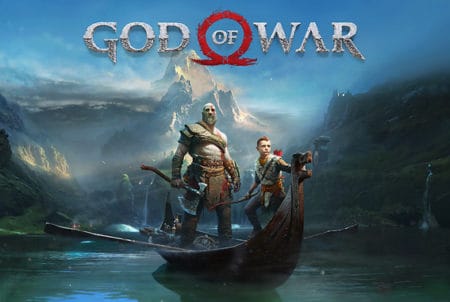 Finally, we have the latest entry in the franchise – God of War, often referred to as God of War (2018) to distinguish it from the original 2005 game.

It brought a much-needed refreshment to the game’s plot and mechanics, and it quickly became the most popular and the fastest-selling entry in the franchise to date, not to mention yet another entry in a string of superb PlayStation 4 exclusives.

This “soft reboot” makes many changes, both from a storytelling and from a gameplay standpoint. It follows an aged Kratos who had left his homeland following the events of God of War III and settled in Midgard, the world based on Nordic mythology.

We immediately learn that Kratos’ new wife, Faye, has just died and that he and his son, Atreus, are to embark on a journey to fulfill her last wish — to scatter her ashes on the highest peak in all of the nine realms. Of course, it doesn’t take long until the Aesir gods of the Norse pantheon start meddling and making the journey more complicated than it needed to be.

Overall, the plot focuses heavily on personal growth, Kratos’ troubled past, and his son’s struggle to come to terms with his nature and to earn his father’s trust and respect. Additionally, the game features other very well-executed characters and antagonists, but to delve into that would be delving into spoiler territory.

An over-the-shoulder camera replaces the fixed camera perspective, and you’re encouraged to play more defensively, as Kratos is more vulnerable than he used to be and health is more difficult to regenerate. He’s not alone, though, as Atreus proves to be a reliable ally in combat, using his bow and various other abilities to support the player in battle.

On top of that, the game features some RPG elements: the player can craft new armor sets, upgrade and customize weapons, and there are several skill trees to unlock. While God of War is not precisely an open-world game, it is less linear, and the levels are semi-open and can be explored.

Of course, despite its excellent story, stunning visuals, and engaging combat, God of War still had its issues, most notably an overabundance of recycled bosses and enemies. Still, it’s not difficult to look past this when you consider just how much the game has to offer.

Overall, this game received overwhelmingly positive reviews, and we are excited to see where the developers take the series with the sequel!

Finally, let’s take a brief look at the handful of compilations we have mentioned throughout this list: 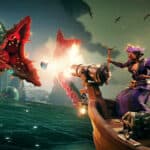