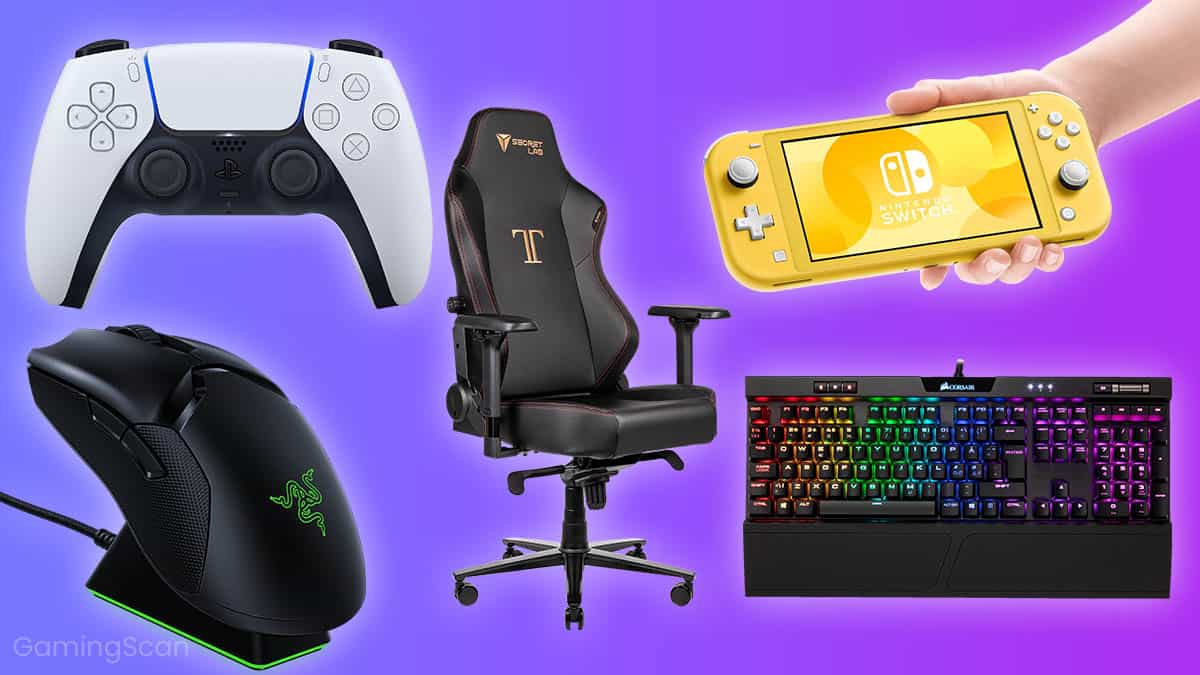 The holiday season is coming!

Need to get a gift for a friend or a significant other who’s really into gaming, but all that gaming-related stuff just seems confusing to you?

Have no worries, we’re here to offer some recommendations! And who is better to recommend good gifts for gamers than gamers themselves?

Let’s get started with a complete list of the best gifts for gamers – perfect for the 2021 holiday season! 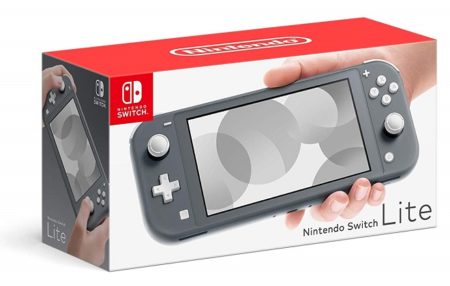 Naturally, there isn’t a more obvious gift that you can get for a gamer other than a game. However, it’s also among the trickier ones, and for two reasons:

If you’re not certain of the person’s tastes and there aren’t any specific games that you know they would want, then it’s best not to try picking out a game yourself because there’s a more convenient way to go in such a scenario – a gift card.

This is the easiest, simplest, and most straightforward gift that you can get for any gamer. If you buy them a gift card, they’ll be free to get whatever game(s) they want on their own.

Just keep in mind, there are different platforms that they might be utilizing, so make sure that you’re buying a gift card for the right one:

Below is a table with all the gift cards mentioned above and places where you can find them.

Peripherals include a variety of devices that are used for data input and output such as keyboards, mice, speakers, headphones, and monitors. But much like games, picking out peripherals can be tricky, as you might not be familiar with the person’s preferences and the specs of the peripherals that they already own.

Still, if you know for a fact that they could use a replacement or an upgrade when it comes to some of their peripherals, a gift such as a new keyboard, mouse, or controller could make for a very thoughtful gift.

Every gamer loves a good keyboard, especially if it’s a mechanical one. If whoever you’re getting the gift for doesn’t already have a mechanical keyboard with RGB lighting, they are bound to appreciate either of the following two keyboards:

The first keyboard is produced by Redragon, a company known for its affordable yet surprisingly good gaming peripherals. It’s not a brand as reputable as Razer, Logitech, or Corsair, but you’d be hard-pressed to find a better deal on a full-sized mechanical keyboard that comes complete with RGB lighting.

On the other hand, if you can and are willing to spend extra, there’s always the Corsair K70 MK.2, which is easily one of the best keyboards around. It features better lighting, higher-quality keys, some extra multimedia control buttons, a convenient wrist rest, and all-around better build quality.

Then there’s the keyboard’s eternal companion – the mouse. Needless to say, a good mouse is vital for any gamer, especially for someone playing fast-paced games where precision is important. So, if your friend is a PC gamer who is into shooters and could use a new mouse, here are some suggestions.

To start, we have the Logitech G502 Proteus Spectrum, an older but enormously popular mouse that has become a fairly affordable choice in 2021. It boasts a high-quality sensor and has extra programmable buttons, which help make it more versatile.

For those who might prefer something lighter and more ergonomic, there’s always the Razer DeathAdder Elite, which is also a top-notch gaming mouse with a very precise sensor that is perfect for those who are into shooting games.

But on the off-chance that whoever you’d be buying a mouse for is into MOBA games (e.g., Dota 2, League of Legends, Heroes of the Storm, etc.) or into MMO games (World of Warcraft, EVE Online, etc.), then they’d most likely appreciate something like the Razer Naga Trinity. This is a mouse with a ton of extra programmable buttons that can be very useful in these types of games.

So, here are some good PC controllers that you could get:

An Xbox 360 controller is quite dated in 2021, but it still has some appeal. Most importantly, it is a quality controller that is now remarkably cheap, and it has hassle-free native compatibility with Windows.

The Xbox One controller is newer and is widely regarded as the best controller for PC, mainly because of how easy it is to set up with Windows. On top of that, it is very comfortable to use, and it is available in many colors and designs. So, if you’re buying a controller for a PC gamer, this would be the safest way to go.

And finally, there’s the Sony DualShock 4. While there are gamers out there who prefer it over the Xbox One controller, Windows doesn’t have integrated DualShock 4 support, so setting it up properly with a PC could be a hassle. Because of this, we’d only advise getting it for someone who already owns a PlayStation 4 and who might need an extra controller to use with both their PC and the console.

If peripherals are just too much money, there’s always the option of getting a more affordable accessory. These are non-essential items that aren’t exactly necessary for gaming but can improve the gaming experience in various ways.

Without further ado, here are some accessories that would make good gifts! 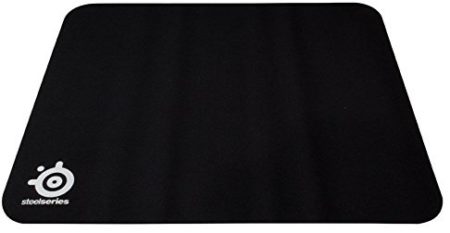 Mousepads can be very useful for those who use optical mice since a consistent surface allows the mouse sensor to track movement more precisely and efficiently. Not to mention that they can also be quite comfortable to boot!

We highly recommend the SteelSeries QcK mouse pad. It is by far one of the most stable and comfortable mouse pads out there, and on top of that, it comes in a number of variants that differ in terms of size and design. 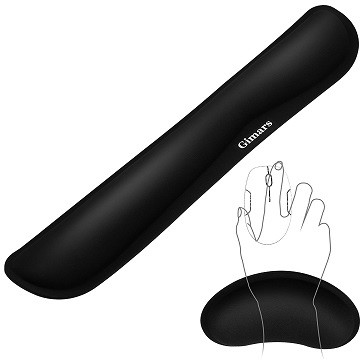 Using a mouse and keyboard for a prolonged period of time can be tiring, which is precisely why wrist rests were invented – they make gaming and typing far more relaxed!

As far as wrist rests are concerned, we recommend the Gimars wrist rest set. Not only is it a quality product made with extremely comfortable memory foam, but you get both a keyboard and a mouse wrist rest in one package.

Of course, there are other options, too, and you can check out our selection of the best wrist wrists here. 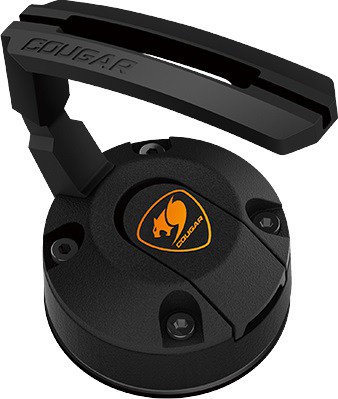 A mouse bungee is a simple product designed to help with cable management for mice, all the while allowing for free mouse movement. They are very affordable, and any gamer who uses a wired mouse will likely appreciate having one!

The Cougar Gaming Bunker mouse bungee is the best one currently available, at least as far as we’re concerned. It is reasonably priced, easy to transport, and is incredibly stable – all the qualities that a good mouse bungee should have.

Charging stations for controllers are a great way to minimize cable clutter, and they are especially convenient to have for gamers who own more than one controller.

Many gaming enthusiasts prefer PC as their main gaming platform, and for several good reasons. However, consoles have their perks too. Mainly, these are affordability and longevity.

However, with the PlayStation 5 and the new Xbox looming on the horizon, getting either the PlayStation 4 or the Xbox One at this point isn’t a good idea, especially since both of the upcoming new consoles will be compatible with their predecessors’ games.

This leaves us with two main consoles that are worth getting right now: the Nintendo Switch and the Nintendo Switch Lite. On top of that, there’s also the PlayStation Classic, which could also make a great and fairly cheap gift for nostalgic Sony fans.

After the disappointing release of the Wii U, Nintendo bounced back with the Switch. This highly innovative and fairly affordable console can be used both as a regular console and as a handheld device, hence the name.

The Switch has some great first-party exclusive titles such as the critically acclaimed Legend of Zelda: The Breath of the Wild. Moreover, plenty of good games, old and new alike, have been ported to the Switch recently, making it all the more appealing.

Ultimately, the Nintendo Switch, with its growing game library, would make a great gift for gamers of all ages.

Then, there’s the Nintendo Switch Lite, a cheaper handheld-only variant of the regular Switch. It’s compatible with all games that can work in the regular console’s handheld mode, so it is an excellent and affordable alternative for those who are primarily interested in the Nintendo Switch because of the portability that it offers. 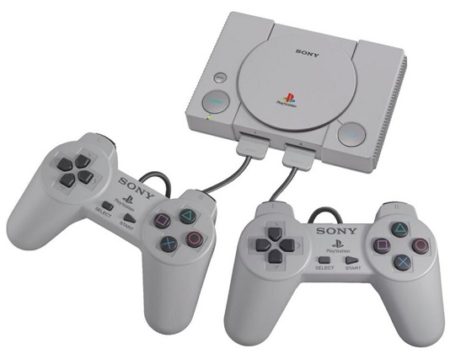 The PlayStation Classic is a console that is modeled after the original PlayStation console from 1996, and it comes with a number of classic PSOne titles pre-installed. It originally launched with an MSRP of $100, but it is significantly cheaper now, so it would make a good gift for any gamer who grew up with a PlayStation One in the 90s.

Sitting at a desk for hours on end can get uncomfortable, to say the least. As such, it is no wonder why many gamers decide to get a gaming chair at some point, or at least a regular office chair. If you’re buying a gift for someone who doesn’t already have a comfortable chair and your budget allows it, consider one of the following two chairs:

The IKEA Markus is widely regarded as the best budget gaming chair around. It’s highly adjustable, durable, and will make an excellent chair for gaming, even though it may not be branded specifically as a gaming chair.

And then there’s the ICON from the company Noblechairs. It is more expensive, but the extra features and the extra comfort justify it. With layers of extensive cushioning, quality leather, and a high degree of adjustability, the Noblechairs ICON chair is everything that any gamer could wish for! As such, it would make an excellent, provided that you can afford such an expensive one.

Big, profitable games come, and all kinds of merchandise inevitably follow. If you know what games or game franchises your gamer friend is into, then there’s a wide selection of merchandise that you could get them: clothing, mugs, jewelry, posters… the list goes on.

Amazon is a great way to find such merchandise, but other stores, online or not, are an equally viable option. Moreover, some big AAA titles also have their own official online stores. 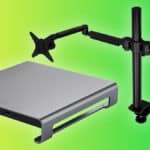