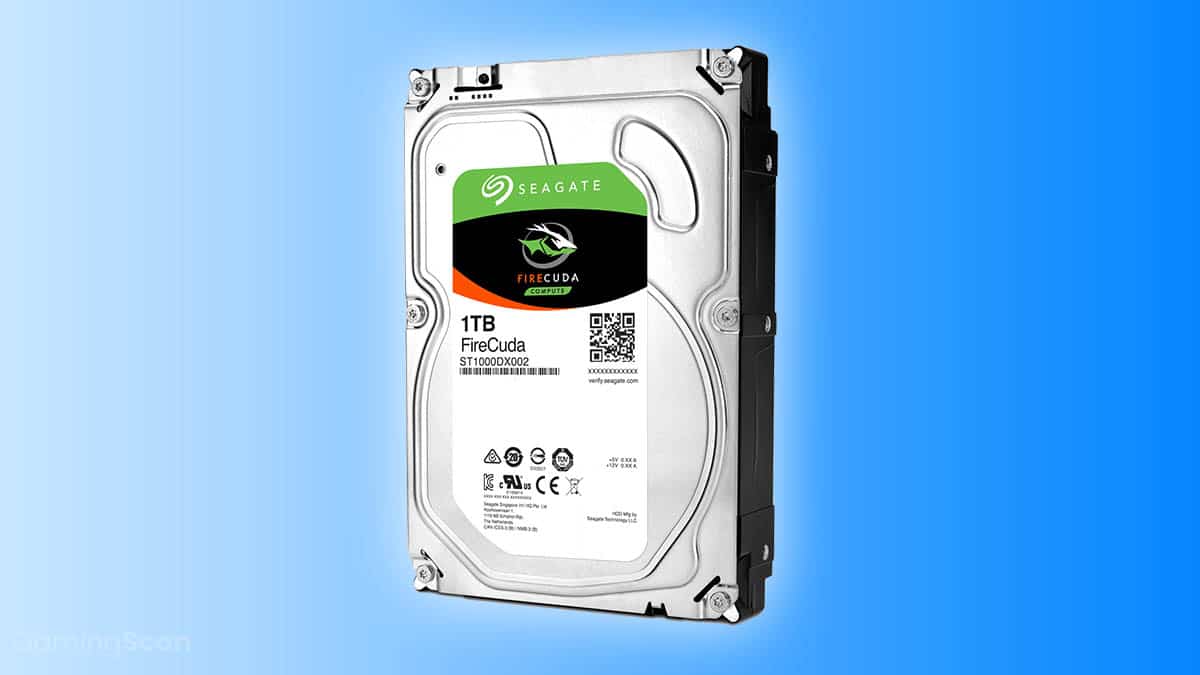 The question of “HDD vs. SSD” is relatively easy to answer. The HDD is the old, tried, and tested solution that offers the best price per gigabyte. Meanwhile, the SSD is the new kid on the block that provides exceptional performance, albeit at a significantly higher price.

If you’re not too enthusiastic about a pricey SSD + HDD setup for your gaming rig, then the SSHD might be a good solution because it combines the best of both worlds – the affordability and capacity of an HDD and the kind of performance that an HDD can rarely reach.

Interested? Then check out the following two best SSHDs of 2022!

We will also include a short guide that answers some common questions users tend to have about SSHDs. 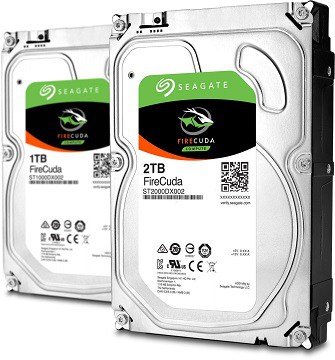 Seagate is one of the best-known manufacturers of hard drives, and their products are generally known for their enormous storage capacity and low prices.

Now, as a matter of fact, Seagate was the first company to use the term “SSHD” for a hybrid drive. To this date, their FireCuda series of SSHDs remains among the most popular products in this category.

The desktop 3.5-inch version of the FireCuda SSHD comes in 1 TB and 2 TB capacity variants, both of which utilize a disk spinning at 7200 RPM, which is pretty much the norm for gaming-oriented desktop drives these days. It also comes with 8 GB of NAND storage and a 64 MB cache.

The FireCuda series remains the most popular SSHDs on the market, and for a good reason. Granted, it has little competition and is the most widespread, but it also truly is the best SSHD available right now.

It has proven to be quite reliable, despite the infamous failure rates of Seagate HDDs, and its affordability is unmatched. Performance-wise, it easily outdoes mainstream HDDs and is capable of going toe to toe with the performance-oriented models such as the WD Black.

However, it still cannot come close to the kind of performance offered by a true SSD. 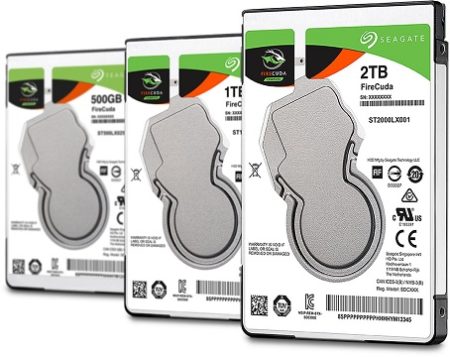 As the name suggests, this is nearly the exact same SSHD as the above FireCuda model, barring the obvious exception – it is a 2.5-inch drive, which makes it the logical choice for laptop and console owners.

It differs from the 3.5-inch desktop model in that it features a smaller 500 GB variant in addition to the 1 TB and 2 TB ones, and it also features a lower RPM of 5400, which is the norm for 2.5-inch drives. Other than that, it is pretty much identical to its larger cousin.

Though, of course, the more compact frame does mean that the smaller drive will be slightly more expensive, too.

There is not much to say about the 2.5-inch FireCuda that has not already been said for its 3.5-inch desktop counterpart. As mentioned above, it is slightly more expensive and has similar specifications, but still offers comparable performance.

With that said, there is little reason to go with this version for a desktop PC, as it is mainly meant for laptops and consoles.

So, you’re probably wondering how SSHDs manage to achieve performance superior to that of HDDs, all the while staying in their price range?

The answer lies in the NAND flash memory. This is the same type of memory used by SSDs, the difference being that SSHDs incorporate very small amounts of this memory – 8 GB, in the case of the FireCuda drives.

This small memory module has a similar function to the HDD’s cache memory and is also similar to how Intel Optane works. The system takes the most often used applications and stores them on this small portion of memory, thus boosting performance.

Something that you’re probably wondering is why there are only two products featured here, when several other prominent companies are dealing with storage solutions such as WD, Toshiba, Hitachi, etc.

Well, while there are other SSHDs out there, the catch is that they are not as readily available nor as widespread as those manufactured by Seagate.

The reason why hybrid drives never really took off outside pre-built systems is that many people just don’t see them as a worthwhile investment. Usually, casual users are happy with what the cheaper HDDs can offer while enthusiasts are willing to go the extra mile and invest in an actual SSD for their main system drive.

Hybrid drives used to be quite a good deal back in the day when SSDs were insanely expensive. However, with SSD prices dropping and SSHDs being unable to match their performance, the fate of hybrid drives is dubious at best.

Now, we get to the important question: how do SSHDs perform in comparison to HDDs and SSDs?

Well, it’s not exactly the perfect middle ground, that much should be obvious. Generally, SSHD performance is comparable to that of a quality HDD but is nowhere near SSD levels.

To be more precise, the read/write speeds of SSHDs are generally at around 150 MB/s. In comparison, SSDs can go well beyond 400 MB/s, while regular HDDs and performance-oriented HDDs sit at about 100 and 150 MB/s respectively.

However, an SSHD’s exact speed cannot be gauged as accurately since it uses both the NAND memory and the hard disk to store data. As such, it might be able to launch applications much faster than an HDD, even though the read/write speeds of the disk itself might not seem that much faster.

Should You Buy An SSHD?

At first glance, SSHDs might seem like little more than just gimmick products, especially considering how few models are available and how relatively unpopular they are.

Yet, there two good reasons to buy an SSHD instead of an HDD or an SSD.

The primary reason why you’d want to get an SSHD is to save space. This is an important factor for laptop owners who can’t afford a high-capacity SSD and don’t want to drag around an external HDD wherever they go.

Other than that, SSHDs also present good value. They strike a good balance between performance and affordability, as mentioned before. So, if you want performance superior to that of an HDD but don’t want to invest in a high-capacity SSD or an SSD+HDD combo, then an SSHD is a good option. 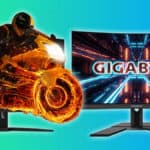