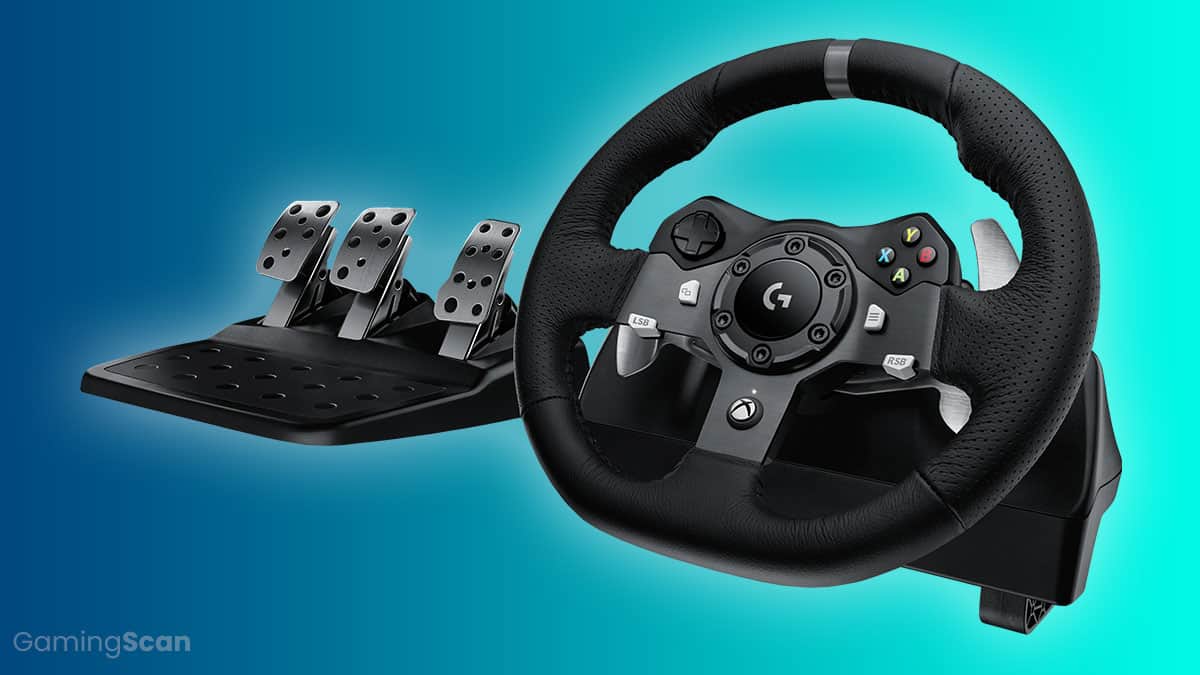 Racing wheels offer the most immersive way of experiencing racing games, but not only that – they are also the most precise way of controlling them, far better than keyboards or analog sticks.

As such, it is no wonder that many racing game enthusiasts are willing to invest a great amount of money in racing wheels so that they could experience their favorite sim the way it was meant to be experienced.

But of course, racing wheels are not meant just for hardcore fans of racing simulations, and there are multiple products in this category that might appeal to a casual gamer.

In this buying guide, we will be bringing you the very best racing wheels of 2022, including both simple budget ones to those designed for the more demanding racing fans out there. 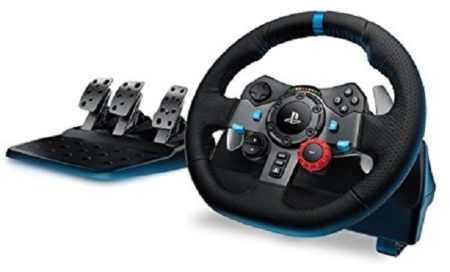 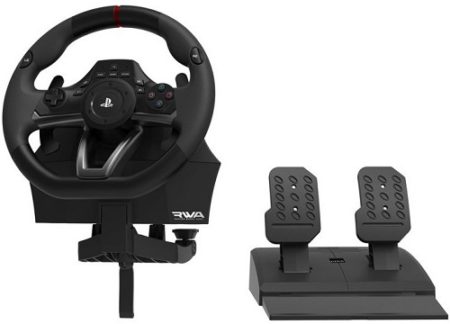 The first entry on our list is dedicated to the Racing Wheel Apex which is made by Hori. This is a company generally known for their peripherals. Mainly, these are third-party controllers, and a number of them are officially licensed by Sony and Microsoft.

Now, the Apex is a relatively simple and highly affordable racing wheel that comes in two versions, one for the PlayStation and one for the Xbox consoles. Both of these are compatible with PC, and the buttons differ slightly between the PS and the Xbox versions of the product.

Most importantly, despite being a budget racing wheel, the Apex packs plenty of features that rival some of the more expensive products in this category.

If you’re looking for a good budget racing wheel, then there’s just isn’t a better choice than the Hori Racing Wheel Apex. It is well-built, from the quality of the plastic itself to the buttons. It is also extremely customizable and presents superb value overall.

The major downside is the lack of force feedback, but as before, it is understandable considering how affordable it is. Other than that, there are only the pedals that feel so much cheaper than the wheel itself, but they are still precise enough. 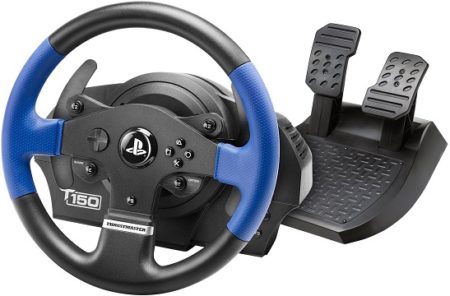 Next up is the T150 racing wheel made by Thrustmaster. This particular racing wheel is regarded as one of the best budget products in this category, and it shares many similarities with the above Hori Apex. However, there is one important addition – force feedback.

The T150 is made primarily with PlayStation in mind, and there is sadly no Xbox variant. This model is, however, fully compatible with PC. Being a PlayStation-first product, it has a bit of the signature black-and-blue aesthetic of the PS4 manifesting through the blue rubber grip on the wheel.

So, is there anything else that makes the Thrustmaster T150 a worthwhile investment?

Once again, we have to highlight force feedback as this racing wheel’s crown jewel. It is extremely good, easily rivaling that of the more expensive racing wheels out there. However, it is still a budget product, as evident from the utterly mediocre pedals.

With that said, if you’re a more serious racing fan and not just looking for the cheapest force feedback racing wheel that you can get, then best read on.

Of course, we can never go into peripheral territory without mentioning at least one product from Logitech. In this case, it’s the G920 racing wheel.

As opposed to the above two products, the G920 is a much more serious mid-range solution. This means that it is superior both feature-wise and when it comes to the general build quality. And much like the Hori racing wheel, the G920 also comes in separate PlayStation and Xbox versions, both of which are compatible with PC.

All things considered, the Logitech G920 is a truly excellent racing wheel, barring the slight nitpick regarding the force feedback technology being used. It is a top-quality product and it feels much closer to a real steering wheel than what most racing wheels can manage.

What’s more, unless you’re a long-term racing fan with very particular tastes, you probably won’t mind the “blockiness” of the wheel’s force feedback. After all, the premium build and the input precision are arguably worth this caveat. 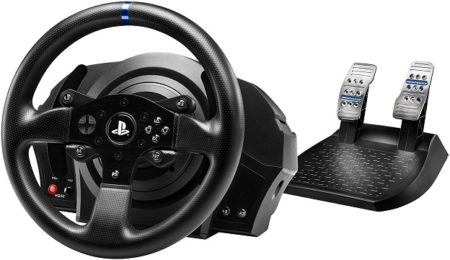 Following up, we have another product by Thrustmaster, only this time, it is not a bare-bones budget solution. Indeed, the T300RS is one of the better racing wheels currently available.

It packs all the features and functionality that you could expect out of a racing wheel and crams it into one extremely well-built package. Much like the more affordable T150, this Thrustmaster racing wheel is also made exclusively for the PlayStation 4. Of course, it is still PC compatible, but unfortunately, there is no Xbox model.

All in all, the Thrustmaster T300RS is an excellent racing wheel. If you’re the kind of gamer who appreciates precision and realistic force feedback in their racing wheel, then this is the right product for you.

The main shortcoming, in this case, would be that the wheel can simply feel somewhat cheap, but the more noticeable issue is that the pedals are not the best you can get at this price tag.

The Best Racing Wheel For 2022

Admittedly, racing wheels are niche products. Therefore, it is no wonder that the selection is relatively small. Out of the few standalone racing wheels, we’d have to give the above title to the Logitech G920.

It simply combines all the essential features that a racing wheel should have into a relatively affordable package. It looks and feels great and has all the functionality that the average user would need – good force feedback, a high-quality leather cover, and the best pedals out of all the products on this list.

As stated before, the only real drawback to the G920 is that the technology behind its force feedback system is not as smooth as what you’d get with some other models, but again, this is only likely to be an issue for more experienced racing fans. 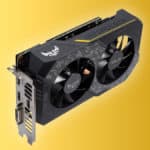