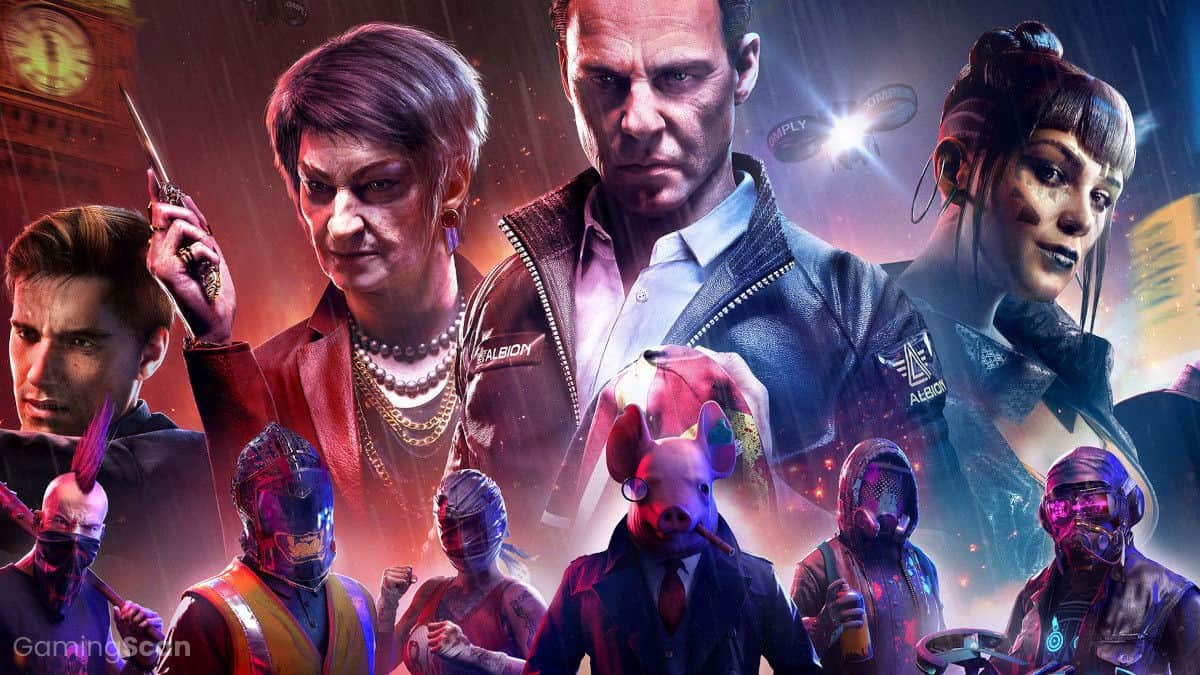 First introduced by Nvidia 2018, ray tracing has become one of the hottest trends in video game technology, and its benefits for both next-gen consoles and gaming PCs are undeniable.

While its functionality is limited to the best graphics cards money can buy, ray-tracing has allowed developers and artists to create some of the best-looking PC games we’ve ever seen.

In this list, we’ll highlight the best games with ray tracing support to check out in 2023, including RTX-enabled games and games that support DLSS 2.0.

Quake II RTX was released as a tech demo for what was achievable with ray-tracing and, in that regard, does an excellent job of showing off its potential.

With that said, the character models and textures look just as rough as they did in 1997, a detail that actually makes it easier to spot the differences between RTX on versus turned off.  All of these changes have resulted in Quake II RTX becoming the new default way to experience the retro shooter, though you’ll need a GPU that supports ray-tracing before you can play it.

The second game we’ll be recommending is a no-brainer considering just about everyone has played Minecraft at some point or another in their lives.

The survival sandbox‘s appeal is made even better by messing around with mods, which can drastically change the experience visually and gameplay-wise.

However, if you really want to take the game to new heights, try running it with ray-tracing on and watch as Minecraft’s blocky world comes to life.

Minecraft with ray tracing adds lifelike lighting effects, more detailed shadows and reflections, and a host of other improvements that help redefine the game’s visuals.

The Call of Duty games have really taken the lead in terms of supporting ray-tracing technology, first with 2019’s Modern Warfare remake and now with Black Ops Cold War.

On RTX-enabled cards, the gameplay experience has been enhanced with immersive ray-traced shadows, ambient occlusion, high frames at high resolutions (thanks to DLSS), and more.

The game takes place right after the original Call of Duty: Black Ops and sees you eliminating global threats while the world is on the brink of a nuclear war.

Additionally, it’s one of many competitive games that support Nvidia Reflex, a revolutionary technology that helps reduce latency by up to 20%, which can really come in hand for COD online multiplayer.

It also retains many of the themes and mechanics from previous Remedy games, making it an absolute must-play for anyone familiar with the studio’s pedigree.

You play as Jesse Faden, a woman armed with a shape-shifting gun called the Service Weapon who’s tasked with reclaiming a secret government facility from a race of paranormal beings known as the Hiss.

If you’ve just picked up a beefy GPU like the RTX 2070 Super, this should be one of the first games you try out; trust us, you won’t regret it.

Leading up to its release, Metro Exodus was touted as one of the true next-gen experiences, which may not mean much to PC gamers but is a good indicator of the game’s technical prowess.

Additionally, it offers other graphics options that prove useful for benchmark testing, including DirectX, gamma, motion blur, tessellation, texture filtering, and V-Sync, to name a few.

If you’re running an RTX-enabled GPU, this should be one of the first games you pick up since it does a great job of showcasing Nvidia’s technology.

Along with Metro Exodus, Shadow of the Tomb Raider has become one of the go-to games for ray-tracing, mainly due to its lighting-intensive environments. This includes an abundance of lush, detailed environments filled with vibrant foliage, unique rock formations, and dynamic bodies of water.

It also happens to include more comprehensive graphics options than previous games in the series, as well as a built-in benchmarking tool that analyzes three-minute blocks of gameplay.

You can dive into Shadow of The Tomb Raider without having played the first two entries, but they’re worth checking out as well.

Ghostrunner is a stylish first-person action game that casts you as a sword-wielding assassin tasked with infiltrating a heavily guarded data tower.

You ascend the massive structure with fluid parkour movement and a grappling hook before zeroing in on a target and dispelling them with a cyber-enhanced katana blade.

While its recommended specs aren’t too bad, getting the game to run smoothly with ray tracing requires something in the realm of an RTX 2080 Ti.

We suggest giving it a shot if you’re a fan of the cyberpunk aesthetic, including neon-rich visuals and synth-heavy soundtracks.

Obviously Cyberpunk 2077 is not without its flaws, which by this time have been discussed and documented at length, but there’s no denying its graphically-demanding open-world.

To see all of the immersion-breaking bugs and poorly-designed gameplay systems running with RTX on, you’ll need something in the ballpark of the GeForce RTX 30 series.

This is definitely the kind of game you want to keep updated since CD Projekt Red is constantly rolling out patches and optimizations that benefit ray-tracing.

If you don’t already own Cyberpunk 2077, we suggest holding off for a while; however, if it’s already in your library, no harm in giving it a go.

The battle royale behemoth Fortnite may not seem like the ideal candidate for ray-tracing support, but it’s always nice to have a free game on-hand to show off new technology.

Fortnite received an update in September 2020 that added ray-tracing support in addition to DLSS, Nvidia Reflex, and a custom map explicitly designed for RTX.

Its formula is well known by now: players explore a shrinking map where they’ll have to loot, shoot, and build their way to victory.

Watch Dogs: Legion sees you carrying out a rebellion against a corrupt private military group by recruiting NPCs with unique skills that allow them to infiltrate enemy HQs and change the system.

This ‘play as anyone’ game mechanic includes lawyers, medics, guards, construction workers, and even the elderly, each with exciting specializations that can help out in a pinch.

Ubisoft also went out of their way to create a detailed recreation of modern-day London, complete with all of the puddles and wet surfaces you would expect to encounter in Big Ben’s home.

As a result, it ends up being the perfect showcase for RTX-enabled graphics cards that can squeeze out extra details from light and water reflections on cars, windows, and city-streets.

Right up until the release of Crysis Remastered, we were all but ready to retire the infamous “can it run Crysis?” meme and move on with our lives.

However, Crytek had other plans in mind and decided to up the ante by remastering the game’s graphics with improved lighting, volumetric fog, ray-tracing support, and up to 8K resolution textures.

Despite Crysis Remastered being based on the inferior console build’s architecture, it can still be quite demanding for most PCs.

Developer Crytek has even included a ‘Can It Run Crysis?’ mode which demands an RTX 2080 Super or 2080 Ti graphics card.

Deliver us the Moon

If you’re a sci-fi fan, then Deliver us the Moon is a great ray-tracing game that boasts high-quality shadows and reflections with reasonable hardware requirements.

The game takes place in a near-apocalyptic future where Earth’s natural resources have run dry, causing the world’s powers to set up a colony on the moon to source its energy.

You play as a lone astronaut on a mission to save the world by traveling to the lunar rock and initializing the procedure.

It’s a relatively short game that can be completed in a few hours and is ideal for anyone new to ray-tracing who wants to show off their GPU’s capabilities.

Amid Evil is a retro FPS inspired by classics like Unreal Tournament, Doom, Quake, and Heretic, which many consider it to be a spiritual successor to.

Set in the ancient past, the game casts you as “The Champion,” a highly-skilled warrior who’s been chosen by the gods to wield a holy battle-axe that doubles as a magic staff.

Considering combat in this game is extremely fast-paced, smooth 60 fps performance is an absolute must; thankfully, it’s not that taxing of a game and can run on pretty much any machine.

More powerful GPU owners can enable ray-tracing and check out how the game looks in a custom RTX Test Level or throughout the full game.

Observer: System Redux is an updated version of the dark cyberpunk horror game from Layers of Fear developer, Bloober Team.

In it, you play as a highly-skilled neural detective tasked with hacking into the minds of suspects and witnesses to assess their motives and actions.

The remake introduces a host of quality of life improvements and gameplay enhancements, including redesigned stealth, additional missions, new secrets to find, and more.

Throughout its 20+ year run, World of Warcraft has seen its fair share of graphical upgrades, including the recent Shadowlands expansion, which introduces ray-tracing support.

Like many other games that implement RTX features, Shadowlands turns off ray-tracing by default if the game determines your PC can’t handle it.

To turn ray-tracing on, you will have to navigate to the Advanced Settings tab in the menu and select from three quality options: Fair, Good, and High.

While it won’t make the classic MMO look like an ultrarealistic modern game, it looks noticeably better, all things considered.

While it may not be the most revered entry in the Wolfenstein series, Young Blood manages to achieve some truly-impressive graphical feats throughout its campaign.

The amount of detail present in its weapons, vehicles, and environments is quite staggering, more so if you play the game with RTX-enabled.

This broadens the number of visual details with high-quality reflections, shadows, textures, and an overall boost in graphical fidelity.

We recommend reading through reviews before deciding to buy Young Blood, or perhaps playing it via Xbox Game Pass on PC.

The latest installment in the MechWarrior series sees you piloting a devastatingly-powerful mech throughout vibrant environments brimming with enemies.

With that much metal lying around, it was only a matter of time before developer Piranha Games decided to update Mercenaries to support ray-tracing.

Combine this with the MechWarrior series’ explosive combat, and you have the makings for the perfect RTX showcase game. 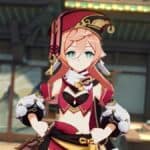