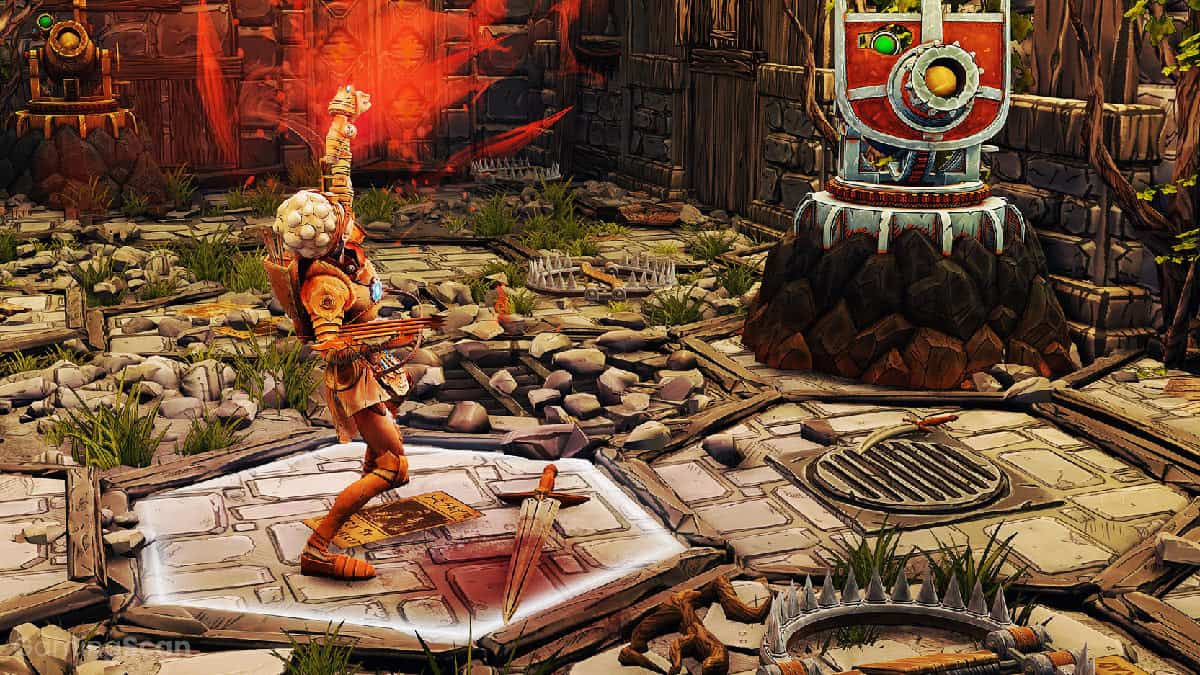 Digital board game adaptations are a tricky business; some tabletop games simply aren’t as fun once separated from the physical world or don’t receive the necessary funding to flourish.

At the same time, there are board games that translate perfectly, whether due to having more available resources, a talented studio at the helm, or irresistibly fun gameplay.

In this list, we’ll highlight the best board games on Steam that manage to check all of those boxes while providing hours of enjoyment for you and your friends.

This includes the best multiplayer board games and best free board game adaptations on Steam, with a few single-player games for good measure.

With that in mind, here are our suggestions for good board games on Steam!

First up on our list is Foretales, a single-player deckbuilding board game with adventurous gameplay and richly detailed hand-drawn visuals.

In it, you play as a small-time thief tasked with saving the world from a terrible curse by navigating a city teeming with opportunities and opposition.

This is done by traveling to different districts to recruit allies, battle enemies, and explore events with chance-based outcomes based on the cards you play.

Labyrinth: The War on Terror

Next is Labyrinth: The War on Terror, a 2-player PvP strategy game based on real-world events surrounding the U.S. efforts to combat terrorism.

To this point, players have an extensive number of card combinations at their disposal, resulting in unpredictable outcomes and powerful effects that will shape the flow of battles.

Adapted from Tabletop Tycoon’s award-winning board game, Everdell is a fantasy-inspired city building game that focuses on worker placement and strategic card play.

Each match sees you gathering resources to build elaborate structures and recruit vibrant woodland creatures to bring your city to life and earn points.

The game can be played both solo with AI opponents as well as online with other players via cross-platform multiplayer.

Based on the tabletop game of the same name, Gloomhaven is a tactical RPG board game that combines strategic gameplay with a hefty amount of dungeon crawling.

The game takes place in a fantasy-themed world overrun with bandits, demons, zombies, and more, which have caused people to retreat to the safety of their homes.

You and up to 3 friends take on the role of mercenaries tasked with reconnecting the world by reopening trade routes and exterminating monsters using unique abilities, equipment, and perks.

Root is another fun digital board game on Steam that offers asymmetrical multiplayer warfare with crossplay support and a woodland twist.

In it, 2-4 players battle for control of a sprawling wilderness by leveraging different factions, gathering resources, and fighting each other.

The diversity in each faction’s motivations, strengths, and weaknesses makes for extremely varied gameplay with a lot of strategic depth.

Each playthrough has you placing randomly drawn tiles to build defenses on a constantly-growing battlefield with encroaching enemies.

To survive as long as possible, you’ll have to keep your wits about yourself and plan ahead while also adapting as new modifiers and challenges are introduced.

Dorfromantik is a single-player city building game that has a cozy board game feel with puzzle and strategy elements.

At the start of each play session, you’re assigned a stack of procedurally generated tiles to be placed on a hexagonal board to determine its layout.

Along the way, you’ll discover tile combinations can be used to trigger unique events, such as creating a forest, village, or body of water that will earn you points.

Our next suggestion is Spirit Island, a grand strategy game that also happens to be one of the best co-op board games on Steam and comes courtesy of Handelabra Games.

In Spirit Island, 1-4 players work together to defend their island from colonizing invaders looking to spread blight and destruction.

Embodying the island’s spirits, you’ll use a host of unique elemental powers to guide the native tribespeople as they try to drive away the enemy.

Offering a calm and relaxing board game experience, Wingspan is an award-winning strategy card game developed and published by Monster Couch.

Designed for 1-5 players, gameplay sees you drawing and playing cards based on various species of birds with special traits that allow for powerful combinations.

The goal is to correctly pair your birds with one of three habitats to create synergies while attracting and discovering new ones to expand your deck.

A digital board game adaptation that needs no introduction, Scythe transports you to an alternate 1920s Europa ravaged by WW1.

Taking up the mantle of leader, you’ll command one of 5 possible factions as they wage war with “The Factory” using combative mechs.

The game offers both single-player and online PvP battles where the objective is to strategically build up your army using resource and event-generating cards.

Another digital adaptation of a beloved board game, Through the Ages is a strategy card game conceived by award-winning designer Vlaada Chvátil.

In it, you set out to make history by leading a small tribe towards agricultural, technological, and governmental advancements one step at a time.

This can be achieved using hundreds of cards and taking different paths in both single-player and online PvP matches with crossplay support.

The premise is simple: players draw and place tiles representing cities, roads, etc. on a French landscape before assigning one of their follower “Meeples” to occupy the space.

Successfully completing an area with a Meeple on it will net the owner points but since they are limited in use, players must carefully plan out every decision.

Another casual indie board game that can keep you and your friends entertained for dozens of hours, Istanbul is a faithful adaptation of the popular tabletop game.

The goal of each game is to become a powerful merchant by trading goods, taking control of assistants, upgrading equipment, unlocking special abilities, and earning rubies.

Set in the D&D mythos, Lords of Waterdeep is a fantasy strategy board game that casts you as a secret society Lord tasked with ruling over the City of Splendor.

This is done through various shady back-door dealings and political moves that see you recruiting adventurers over the course of multiple rounds.

As you expand the city by purchasing buildings, new opportunities will present themselves in the form of cards that can be used to either help or hinder your fellow Lords.

Meant to be played by 2 people at a time, Twilight Struggle is a cold war strategy board game centering on tensions between America and the Soviet Union.

Assuming control of either nation, players will chart a course for world dominance by devising unique strategies to change the course of history.

This includes navigating real-world conflicts during the Cold War era while building up your military in online battles that support asynchronous multiplayer.

Combining themes of capitalism, corruption, and steampunk, Gremlins, Inc. is one of the best versus board games on Steam.

In it, you and up to 5 other players take on the role of greedy Gremlins competing for money, political power, and prestige at every turn.

To get a leg up on the competition, the game provides you with several options for growing your empire by investing money, stealing and extorting rivals, or getting them arrested.

This list wouldn’t be complete without giving a nod to Tabletop Simulator, arguably one of the best digital board games built for the modern era.

More of an open platform than a standalone title, it lets you browse through thousands of digital board games spanning every genre of tabletop gaming.

Games are set in physical 3D spaces where you can pick up, rotate, shake and even throw virtual objects at other players, should you so desire.

Sentinels of the Multiverse

Putting a superhero spin on strategic card battlers, Sentinels of the Multiverse is a fun digital board game that plays like a comic book come to life.

Each game sees you working alone or with a group of friends to compose a team of heroes before pitting them against a wide range of formidable foes to save the world.

Heroes and villains come with their own playstyle, backstory, and motivations that lead to interesting combinations across 4 unique environments.

100% Orange Juice is an anime-themed board game that can still be comfortably enjoyed without having any reference for its cute cast of characters.

This is due to the game’s randomly-skewed nature, which sees up to 4 players navigating a board with chance-based dice/card encounters, battles, and events.

Add to these unique character stats and abilities and you have a recipe for chaotic board game fun with unpredictable outcomes.

Rounding out our list, we have none other than Ticket to Ride, a classic railway adventure board game that received a fantastic digital adaptation back in 2012.

In this game, you’ll have to work quickly and efficiently to build your railway empire by linking up cities and reaching destinations before your opponents.

This requires you to travel across the world to face new challenges in both single and local/online cross-platform multiplayer. 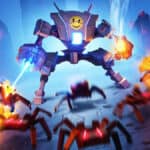