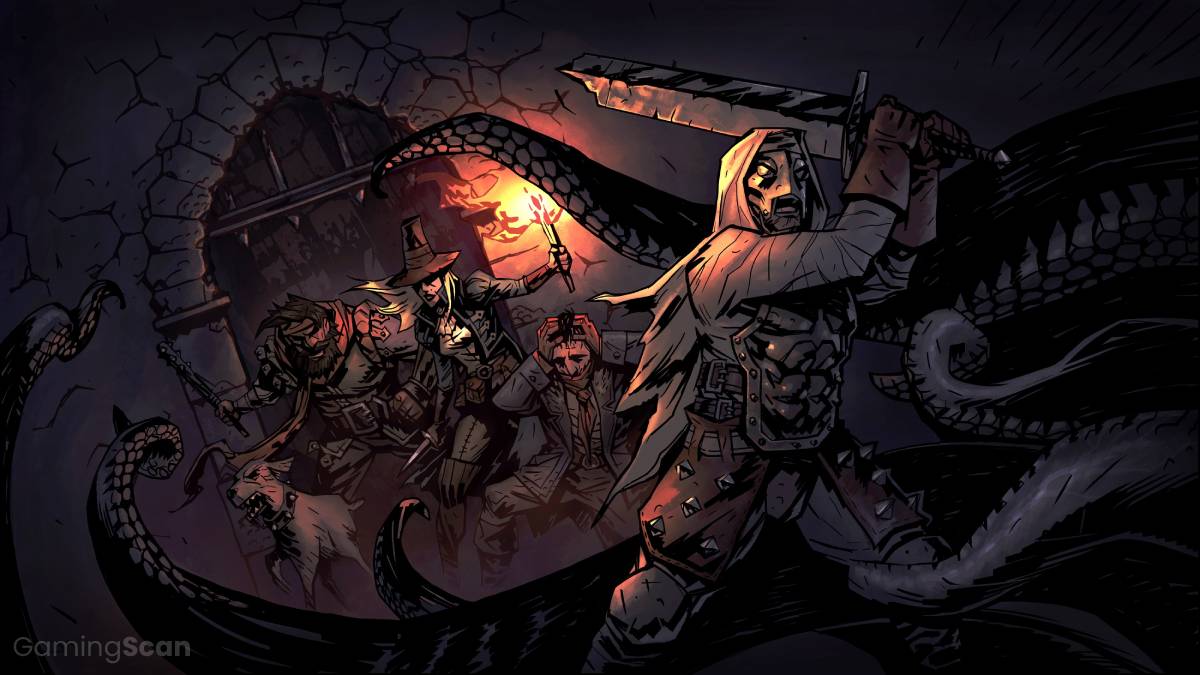 There’s nothing quite like exploring a dark and dreary dungeon where every turn could be your last.

Dungeon crawlers do an awesome job at capturing this feeling by throwing players into challenging multi-floor environments littered with powerful enemies and tantalizing rewards.

Here, we will be highlighting the best dungeon crawling experiences available to play in 2021.

Make sure to check back as we’ll be updating this list in the future with new games. If you would like to receive more gaming recommendations, consider reading through our other curated lists:

Children of Morta is a story-driven action RPG that chronicles the adventures of a heroic family fighting against an evil power called the Corruption. The Bergson family is an extraordinary clan with unique abilities and specializations that include archery, magic, martial arts and brute strength.

The game presents players with the choice to either fully invest in upgrading a specific hero or distribute their resources across each member of the Bergson clan. While procedurally generated dungeons are designed to be playable with any of the six playable characters, you’ll find each excels in certain areas, such as mob control, DPS, long-range, etc.

What stands out most is how Children of Morta uses eye-catching, pixel-art graphics to really drive home its fast-paced, hac-n’-slash combat.

Wally and the Fantastic Predators is a high-speed indie rogue-lite that’s equal parts Legend of Zelda and Sonic the Hedgehog, which seems fitting given the game’s main protagonist is an adorable, sword-wielding fox named Wally. The game sees you exploring randomly generated dungeons that introduce new gameplay rules between each floor.

One floor may remove your ability to see around corners and make it harder to spot enemies while another sees you constantly bombarded with giant Indiana Jones-style boulders. A similar design can be found in the game’s weapon and upgrade systems: players are able to unlock a myriad of game-changing abilities, including an upgrade that turns your stamina bar into a projectile-firing ally.

The Binding of Isaac is an indie roguelike game coming from the mind of Super Meat Boy designer Edmund McMillen. The game was initially created for a week-long game jam but was later expanded into a full-fledged flash title that would be improved and rereleased as The Binding of Isaac: Rebirth.

Loosely inspired by the biblical story of the same name, Rebirth sees players controlling Isaac, a child forced to flee to his house’s basement upon learning his mother has gone insane, believing to have spoken to a religious spirit. Although its dark tone and graphic imagery may be too much for some players, the game’s top-down perspective and compact dungeons reminiscent of classic Legend of Zelda titles make it worth checking out.

Torchlight II is an award-winning action RPG set in a fantasy world where players can choose one of four character classes: Berserker, Embermage, Engineer and Outlander. The game sees you exploring procedurally generated dungeons while tracking down the Alchemist, a villainous figure who’s gone mad and is responsible for your town’s destruction.

With support for 4-player online co-op and New Game Plus, Torchlight II offers Diablo-style dungeon crawling with added replayability. Additionally, a robust character customization tool and a wide selection of skills and equipment provide you with the opportunity to craft builds tailored to a variety of playstyles.

Supergiant Games is known for crafting atmospheric experiences with well-written characters and engaging gameplay. Accompanying the likes of Bastion, Transistor and Pyre is Hades. This indie rogue-lite has you playing as the immortal Prince of Darkness on a quest to escape an ever-shifting Underworld where you’ll encounter challenging foes and mythological worshiped beings who can enhance your abilities.

Not many games manage to blend Lovecraftian horror with dungeon crawling as masterfully as Darkest Dungeon, a turn-based RPG that tasks players with recruiting and training a team of heroes as they traverse hellish environments littered with both physical and psychological dangers.

Featuring hand-drawn, gothic crowquill visuals, the game presents a disturbing world filled with supernatural horrors. Each of the 16+ character classes included come equipped with special skills and flaws that can be combined in interesting ways and often lead to devastating outcomes for both party members and enemies.

Challenging turn-based battles are made more intense thanks to features like permadeath and an affliction system that assigns characters mental debuffs such as paranoia, masochism, fear and irrationality.

Enter the Gungeon is a bullet-hell rogue-lite that sees players controlling one of four protagonists as they descend into “The Gungeon,” a sprawling procedurally generated labyrinth brimming with fierce foes, environmental hazards and valuable loot. As players progress, the game takes note of their achievements by ramping up the difficulty and introducing even more traps and enemies.

Flexibility is at the heart of Enter the Gungeon’s gameplay, with each character introducing a unique modifier to spice things up, such as granting the ability to lock-pick chests, reduced reload time and an extended dodge. This is further complemented by an arsenal of bizarre weaponry that ranges from handguns with bouncing bullets to cactus-powered rifles and target-seeking beehives.

Those still feeling the burn from Blizzard’s announcement for Diablo Immortal may find consolation in Path of Exile, a free-to-play dungeon crawler from developer Grinding Gear Games. The game has you exploring procedurally generated environments, battling monsters and completing quests in exchange for EXP and more powerful loot.

At the start, players choose from six available classes: Duelist, Marauder, Ranger, Shadow, Templar and Witch. Each class focuses on either one or two of the game’s three core attributes: Strength, Dexterity and Intelligence. Items drop with different rarities and can have increasingly powerful properties that make replaying older missions a lot more enjoyable.

UnderMine is an action-adventure roguelike with some RPG elements sprinkled on top that can be best described as “The Binding of Isaac meets Rogue Legacy“. In it, you play as a meager peasant forced to work in the goldmines for a boss who couldn’t care less about your problems. However, things start to look up once you discover how much of the mine’s resources have gone untapped.

Following a run-based structure, the game sees you exploring multiple areas within the mine in search of powerful relics, potions and characters that will reward you for rescuing them with game-changing upgrades. While most roguelikes can be boiled down to doing the same activities over and over in pursuit of the “perfect run,” UnderMine keeps things interesting by focusing more on its story and characters.

We’d be inconsiderate not to mention arguably the greatest dungeon crawler of all time and the inspiration for many of the games on this list. Diablo III sees players choosing from one of seven character classes, before setting off on an action-packed adventure to defeat the Lord of Terror himself, Diablo.

By now, most gamers will be familiar with Diablo’s formula: players explore procedurally generated levels defeating waves of enemies in exchange for increasingly powerful gear that can drastically change a given playstyle. The game has benefited over the years from QoL improvements and new content, including the Reaper of Souls expansion and the Rise of the Necromancer character pack.

Dead Cells is a 2D roguelite with Souls-inspired combat that revolves around exploring procedurally generated dungeons in search of blueprints that allow players to craft better gear. However, finding these schematics is no easy task, thanks to mobs of tough-as-nails enemies that can be found wandering the dungeon’s numerous levels.

Following each death, the game transports players right back to the beginning, only this time with slightly more resources than their previous run. This is at the core of the game’s formula and leads to an addictive gameplay loop that will see you risking it all just to see how far you can make it without dying.

Dead Cells features a wide selection of different weapon types and perks to unlock, which adds to its replayability and prevents it from ever feeling too repetitive.

Slay the Spire is a rogue-lite card-strategy game that takes an interesting approach to the dungeon crawler formula.

At the beginning of every run, players are asked to select from one of three predetermined characters, each with a unique playstyle and starting conditions that affect how much health, gold and cards the player has got. From there, players choose which path they’d like to take and begin ascending the Spire, an endless dungeon with a myriad of enemies to encounter and secrets to discover.

Grim Dawn is an action RPG that uses the same engine as the iconic Greek myth-inspired dungeon crawler, Titan Quest.

However, the game features a wildly different tone and art style, presenting players with a thematically dark setting based loosely on the Victorian era. You play as a member of a resistance fighting back against two otherworldly forces waging war for control over the human race. Quests see you exploring sprawling, procedurally generated dungeons set in dark caverns, spooky forests and desolate wastelands brimming with mobs of enemies.

While that may all sound like standard Diablo-style dungeon crawling, Grim Dawn does make some attempts to stand on its own by introducing a dual-class system that allows you to combine skills from six distinct classes along with more RPG-focused quest designs featuring choice-based outcomes.

Void Bastards is a first-person strategy shooter that has you planning and executing a space prison escape. Inspired by games like BioShock and System Shock 2, the gameplay focuses on dungeon crawling through derelict spaceships, scavenging whatever supplies you can find and taking out any enemies who get in your way.

However, unlike most shooters, you don’t have to fight every battle with guns; Void Bastards features several traps and tools that can be upgraded and used to distract or deter enemies, leaving room for different playstyles. The game uses roguelike mechanics that add variety to each run as new characters come equipped with unique skills. Death isn’t heavily penalized, though, with crafting progress shared between runs.

Sin Slayers is a turn-based RPG that also happens to feature some roguelike and dungeon crawling mechanics. Set in a dark fantasy world, the game sees you building a three-person team of heroes from 10 distinct classes before setting off on a journey to defeat the seven deadly sin lords in a variety of randomly generated forests, graveyards and castles.

A unique “sinfulness” gauge keeps track of how righteous or dastardly your party member’s actions are and uses this information to determine how challenging your next battle will be. Desecrating graves in search of gold can lead to large amounts of sinfulness and tougher enemies. This adds a new layer of strategy that blends well with Sin Slayers’ classic JRPG-style combat.

Ultimate Alliance was one of the first superhero games to offer players a way to combine their favorite heroes and create their very own four-man wrecking crew. Following a decade-long gap since the last entry was released, Marvel Ultimate Alliance 3: The Black Order seeks to offer a much-needed update of the original formula in addition to an expanded roster of 34 playable characters.

The game has you using your team’s special abilities in tandem with one another in order to pull off powerful combos and take out waves of enemies as you dungeon-crawl through familiar Marvel locations, including The Avengers Tower and The X-Mansion. Ultimate Alliance 3 supports co-op for up to four friends locally and online, giving you plenty of ways to team up and prevent Thanos and his Black Order from collecting the six infinity stones. 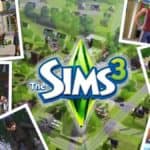