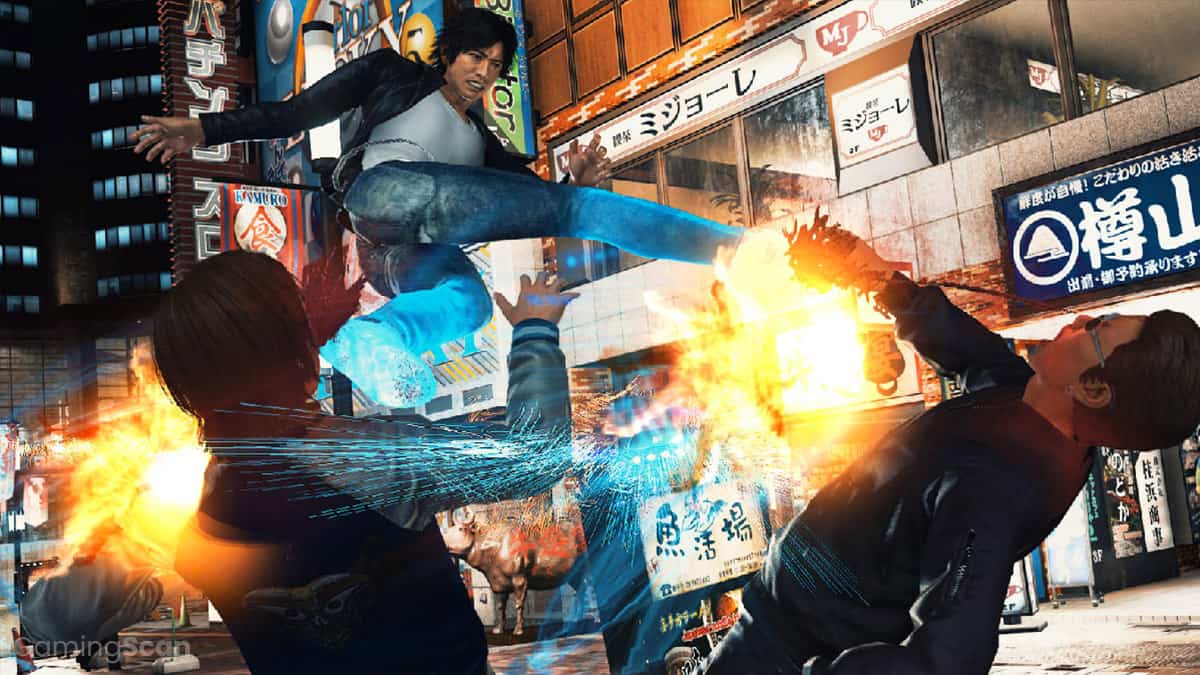 When it comes to video game tropes, martial arts has a rich history that spans decades of arcade, home console, and PC game releases.

While early martial arts-themed games were primarily 2D beat ‘em ups, these days you can find games with martial arts combat across all sorts of genres.

To prove it, here we’re highlighting the best martial arts games for PC, PlayStation, Xbox, and Nintendo Switch that let you kick butt in style.

This includes not only martial arts fighting games but also strategy and open-world games that feature martial arts-inspired combat.

First up on our list is Nitro Kid, an indie roguelike deckbuilder set in a neon 1980s world with an isometric perspective.

Each run sees you choosing a special agent and using their unique set of cards, abilities, and playstyle to fight through secured floors of the “Infinity Tower.”

The game features grid-based combat that emphasizes strategy and synergy by using your agent’s cards to slide around enemies, utilize environments, and perform combos.

As you progress, you can adapt your playstyle with new card upgrades, infusions, and patches for your agents.

Shadow Heroes is another roguelike martial arts game that takes a more fast-paced and action-oriented approach to its combat.

Divided into two modes – Clearance and Arena, it currently offers 3 unique levels with multiple stages where players can stand toe-to-toe with fierce foes.

The longer you fight, the better the rewards and the harder the enemies, as tougher variants and even bosses will try to swarm you on screen.

There are several heroes to pick from, each with their own playstyle and “evolve effects” that introduce powerful modifiers.

It’s clear by now that developer Sloclap has a knack for martial arts fighting games, as evidenced by titles like Absolver and more recently, Sifu.

The latter of which has been consistently praised for its precise combat, detailed environments, and captivating story.

In it, you take on the role of a martial arts student seeking revenge against your father’s murderers using a magic talisman that resurrects and ages you up following every death.

The game’s combat is inspired by Bak Mei Kung Fu and includes over 150 unique attacks that can be chained together to create devastating combos.

The Yakuza games are known for their flashy 3D combat and Judgment continues this trend as a worthy spin-off to the beloved series.

Equal parts action and detective work, the story follows Takayuki Yagami after he’s dispatched to solve a string of murders involving a killer who removes their victims’ eyeballs.

To crack the case, players take to the streets of Kamurocho to track down leads, investigate crime scenes, and help resolve petty crimes.

This often calls for some hand-to-hand combat with thugs and criminals that draws heavily from martial arts techniques.

To get a better picture of Sloclap’s developer journey, we suggest returning to the studio’s earlier dabbling with martial arts, Absolver.

Combining real-time combat with RPG mechanics, this game has you assuming control of a mysterious traveler who wonders forsaken lands getting into fights.

Absolver’s world is unique in that it’s inhabited by both AI-controlled opponents and human players dubbed “Prospects.”

As far as combat is concerned, Absolver puts a big focus on position and posture with the option to incorporate melee weapons into your fighting style.

In it, players are transported to 13th century Japan to play as a samurai forced to defend his home after it’s invaded by the Mongols.

Part of the plot centers on the main character’s struggle to resolve his sacred traditions with less-honorable ‘ghost’ tactics that have become necessary for survival.

This is passed on to the player, who must decide which tools and strategies to use when approaching each challenge the game throws at them.

FromSoftware is another great game developer that has dabbled with martial arts throughout the years in games like Sekiro: Shadows Die Twice.

Set in Sengoku-era Japan, this game casts you as a Shinobi warrior on a mission to avenge both himself and his master by killing the samurai who severed his arm.

To aid him in battle, the Shinobi carries a katana and other traditional Japanese weapons that make clever use of his prosthetic arm.

As we’ve come to expect from FromSoftware games, Sekiro’s martial arts-inspired combat is very demanding and requires quick reflexes to beat your opponent.

If you’re in the market for a multiplayer martial arts game, Naraka: Bladepoint is without a doubt one of your best options.

Set within the confines of a battle royale, it sees up to 60 players engaging in fast-paced arena combat using both close and long-range weaponry.

This is influenced by each fighter’s unique playstyle with consideration for different skills and abilities that mirror martial arts techniques.

Lastly, unlike many other battle royale games, Naraka puts mobility and positioning at the heart of each battle.

Starring the iconic pizza-loving cartoon characters, the game follows the Ninja Turtles on an adventure to bring down their biggest baddies.

Along the way, they’ll link up with crime-fighting buddies like April O’Neil, Casey Jones, and Master Splinter to deliver justice across the city.

Each character has a unique fighting style, weapon, and special attack that can be combined with other players to pull off tag-team beat-downs.

The Legend of Tianding is another indie beat ‘em up that incorporates martial arts techniques into its combat system.

In it, players assume control of a Taiwanese folk hero as he carries out a mission to rob the rich, feed the poor, and above all else, fight for what’s right.

This quickly proves difficult as the main character encounters a host of corrupt officials and thugs draining the lifeblood of Taipei City.

To save his home, he arms himself with a tanto, waist sash, and Kung Fu moves that can be further enhanced using magic talismans.

Returning to martial arts deckbuilders for a hot second, Fights in Tight Spaces is a high-octane action game with tactical turn-based combat.

This is done using dynamic decks constructed from a pool of 200+ cards that cover a wide range of playstyles with unique effects.

Additionally, each run throws random events that branch out in different directions depending on the player’s choices.

Aspiring players can take the action further by tackling daily missions and competing for a spot on the online leaderboards.

Next up we have9 Monkeys of Shaolin, another martial arts beat ‘em up about an unlikely hero on a quest for revenge.

In it, you take on the role of a Chinese fisherman who decides to take justice into his own hands after his village is slaughtered by a group of raiders.

However, before he can do so, he’ll have to master hand-to-hand and polearm fighting techniques inspired by martial arts.

The rest of the journey plays out over 25 hand-crafted levels where players can unlock new weapons to bring with them into battle.

A novel sandbox martial arts game that’s made much better by the use of modding, Overgrowth is a standout indie fighter from Wolfire Games.

Players are cast as a lightning-fast, acrobatic ninja rabbit on a quest to free their people from their evil overlords.

This is done by infiltrating enemy camps and defeating them using expressive jumps, kicks, and throws via a simple and intuitive control scheme.

The game encourages you to experiment to discover new combos, tactics, and techniques to create your own martial arts film sequences.

Based on the manga of the same name, Fist of the North Star: Lost Paradise is another Yakuza spin-off that draws heavily from martial arts tropes.

Exclusive to PS4, the game has you assuming control of a martial arts master as he sets out to rescue his fiancée from an ally-turned-rival.

From the get-go, Lost Paradise sets itself apart with over-the-top writing and action pulled out of an early Kung Fu action movie.

You’ll often find yourself surrounded by mobs of enemies and having to utilize special martial arts techniques to make it through the fight.

Combining open-world exploration with martial arts combat, Sleeping Dogs is a beloved action crime game about a cop tasked with taking down the Triads.

To do so, he’ll first have to go undercover, establishing himself in Hong Kong’s criminal underworld while fighting for his life.

Along the way, he’ll learn to master deadly martial arts tactics and pick up a gun when the situation calls for it.

The best way to play the game in 2022 is with the Definitive Edition, which updates the critically celebrated title for modern hardware while bundling all DLC.

To wrap up our list, we’re including Shuyan Saga, a unique blend of visual novel and 3D fighting action game that centers on martial arts combat.

Set in a fantasy world based on ancient Chinese martial arts, it sees you embarking on a life-changing journey to become a Kung Fu disciple.

It’s not long before your skills will be put to the test after an evil army emerges and threatens to destroy the Five Kingdoms. 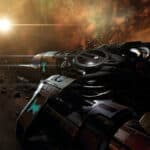