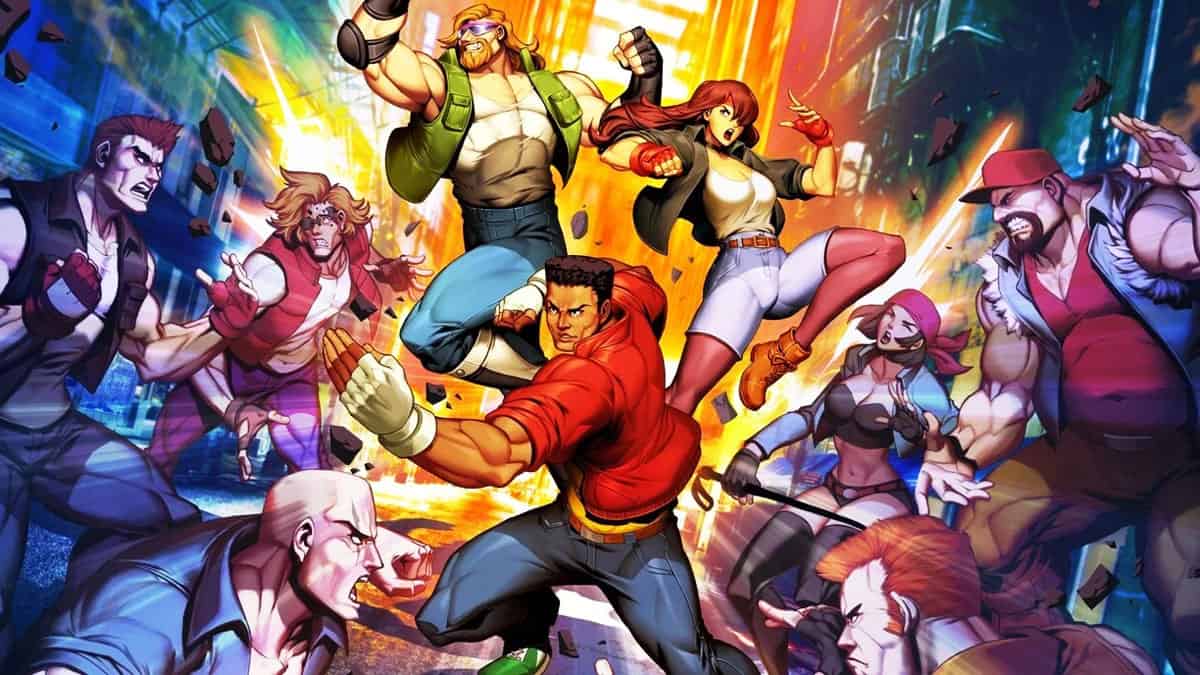 Beat ’em ups hit their stride during the arcade’s golden years and also had a strong presence on retro game consoles like the NES and Sega Master System.

So if you’re in the mood for some side-scrolling action, join us as we highlight the best beat ’em up games on Steam, PlayStation, Xbox, and Nintendo Switch.

For more retro recommendations, check out our growing library of curated gaming lists, and comment below with your favorite beat ’em up of all time!

In it, players must fight their way through a criminal underworld using fists, weapons, vehicles, and anything else they can get their hands on.

To this point, the game lets you perform light and heavy attacks as well as blocks, counters, throws, dodges, powerful finishing moves, and environmental kills.

This is all rendered as sleek and fluid character animations created using motion-captured data that results in more realistic feeling combat.

The story centers on a group of friends tasked with battling their way through the mean streets of London to save one of the group’s kidnapped sister.

Along the way, they’ll encounter rowdy gangs like the Syndic8, which have been slowly taking control of the capital.

If you feel compelled to bash a zombie’s head in every once in a while, Zombies and Keys might be for you.

This short but intense undead beat ’em up sees you trying to survive a zombie apocalypse by finding the right keys and heading to the exit.

With no guns in sight, you’ll have to get creative and start pummeling the living dead with anything you can find.

Carrying on, Contract Killer is a 2.5D beat ‘em up designed from the ground up for local co-op and PvP.

In it, players star as a diverse cast of angry writing utensils in a hilarious campaign about taking down evil corporate goons.

Outside of the campaign, players face off against eachother or try to survive an endless horde mode with up to 4 players.

Such is the case with the studio’s latest outing, Sifu, an indie beat ‘em up that casts you as a martial arts master on a quest for revenge.

The game features an extremely detailed and precise combat system in which every strike feels deliberate, performative, and above all else, satisfying.

Similar to Sloclap’s previous game Absolver, as well as many other games on this list, Sifu can feel brutally difficult at times, so be prepared to invest a lot of time.

Next up, Young Souls is a visually stunning 2D beat ’em up with a compelling narrative and RPG progression.

In it, players take on the role of rebellious twins Jenn and Tristan as they fight hordes of goblins and other monsters in order to save their father.

The game boasts hundreds of different weapons, armor sets, and accessories that can be combined to create unique builds for each character.

Young Souls can be played solo by swapping between the twins or together with a friend via local shared screen co-op.

If you’re in the market for a fast-paced beat ’em up, look no further than Super Crush KO, a colorful 2D brawler by Vertex Pop.

Set in a vibrant, near-future city, the game tasks you with rescuing your kidnapped kitten and saving humanity from an AI takeover.

To do so, you’ll need to fight your way through waves of deadly robots using lightning-fast attacks that blend run n’ gun action with beat em up combos.

The Legend of Tianding is a side-scrolling beat ’em up about legendary Taiwanese folk hero Liao and his plight to rob the rich, feed the poor, and fight for justice.

Our next suggestion is the arcade-inspired multiplayer beat ‘em up TMNT: Shredder’s Revenge.

In it, players follow the iconic crime-fighting turtles as they embark on a new retro-inspired adventure to defeat their biggest villains.

With support for up to six players online and locally, you can team up with any pizza-loving buddies to fight the forces of evil once and for all.

Heavily inspired by NES side-scrolling brawlers, Jay and Silent Bob: Mall Brawl is an 8-bit retro beat ’em up through and through.

In it, you and a friend play as the titular Jay and Silent Bob as they battle their way out of the mall by pummeling enemies into pieces.

Both characters are equipped with hard-hitting attacks that allow them pull off powerful combos, dashes across the screen, and fat elbow drops.

On top of that, players can pick up various weapons scatter throughout levels and use them to beat the brakes off of low-level enemies and bosses alike.

9 Monkeys of Shaolin is another modern update of the classic beat ‘em up format that casts you as a simple Chinese fisherman named Wei Cheng.

Essentially a revenge tale, the story sees Wei taking justice into his own hands after a group of raiders slaughters his entire village.

To be successful, players will have to learn the basics before mastering three unique fighting styles that rely on using a battle staff and hand-to-hand combat.

The game’s story plays out over 25+ levels with distinct environments and includes 10 different polearm weapon types to collect and carry into battle.

The saying “if it isn’t broken, don’t fix it” applies so perfectly to Silver Dollar Games’ fast-paced beat ’em up One Finger Death Punch.

Best known for its casual-minded controls and cinematic kung fu combat, the game is only superseded by its sequel, One Finger Death Punch 2.

Much like the original, it sees players surrounded, outnumbered and forced to wage war with enemies using a flurry of kung fu moves.

The catch is, you have only two buttons to perform all your attacks spanning 1000 unique animations.

Considering its been nearly 30 years since the release of Streets of Rage 3, fans weren’t counting on getting a new entry anytime soon.

However, thanks to the combined efforts of three studios, the series made an impressive comeback with Streets of Rage 4.

The sequel breathes new life into the iconic beat ‘em up with new fighters and levels that maintain the spirit of the original trilogy.

This is further complemented by new hand-drawn visuals and gameplay features that help elevate the series’ combat.

Speaking of Streets of Rage, our next suggestion’s soundtrack features music from legendary programmer Yuzo Koshiro.

The Takeover is a side-scrolling beat ‘em up with a unique art style that combines pre-rendered character sprites, painterly backgrounds, and comic book vignettes.

The game supports local co-op for up to 2 players and there are 3 playable characters that can be swapped in and out in while playing.

Best categorized as a modern 3D beat ‘em up, the Yakuza series is known for its ridiculous sense of humor and exaggerated combat mechanics.

While numerous standout entries have released throughout the years, we recommend newcomers start with Yakuza 0, a prequel that sets the stage for later entries.

In it, players follow Kazuma Kiryu’s criminal journey from low ranking thug to Yakuza crime boss during the late 1980s in Kamurocho and Sotenbori.

Players are given free rein to explore both areas and tackle various side quests, street fights, and minigames.

In it, players explore sandbox environments spanning disco nightclubs, biker bars, and other areas stuffed to the brim with enemies ready to fight your character.

Gameplay entails fighting enemy after enemy as you strong-arm your way through each level picking up nearby weapons or relying on your fists alone.

While it’s very gruesome in terms of blood and gore depictions, things never get too out of hand due to the game’s voxel-based art style.

The story is set in an alternate 1980s Soviet Union where a team of fighters manage to break out of prison and try to get even with crooked police and rival gangs.

Their adventure plays out across a series of levels that really sell the dystopian look and feel the game is going for without missing a step gameplay-wise.

River City Girls is a love letter to the Kunio-kun series that takes a couple of liberties in adapting the formula to create a fully-realized modern beat ‘em up.

The story focuses on two high school students named Kyoko and Misako, who set off on a quest to rescue their kidnapped boyfriends.

Developer WayForward was able to build upon the core gameplay loop of the original while introducing subtle RPG elements.

These include raising your character’s stats using power-ups and accessories, purchasing new moves, and teaming up with allies throughout the game.

This next one’s kind of a cheat since it’s not a single game but rather a collection of memorable retro beat ‘em ups from Capcom’s back catalog.

Capcom Beat ‘Em Up Bundle includes seven standout titles: Final Fight, Knights of the Round, Captain Commando, The Kig of Dragons, and Warriors of Fate.

In addition, it features Armored Warriors and Batle Circuit, both of which were previously unavailable on consoles.

Each game has been updated to include more modern features such as save states, local/online multiplayer, and support Japanese/English languages.

The Retro Brawler Bundle combines 18 entries in the Double Dragon and Kunio-kun series in a single and convenient package.

Additionally, many titles can be enhanced further using an optional ‘quality up version’ that prioritizes performance over visuals.

Considering 11 of the included games never released in North America, this compilation is a great way to experience these classic NES titles in 2023. 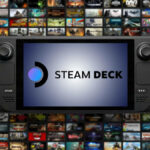