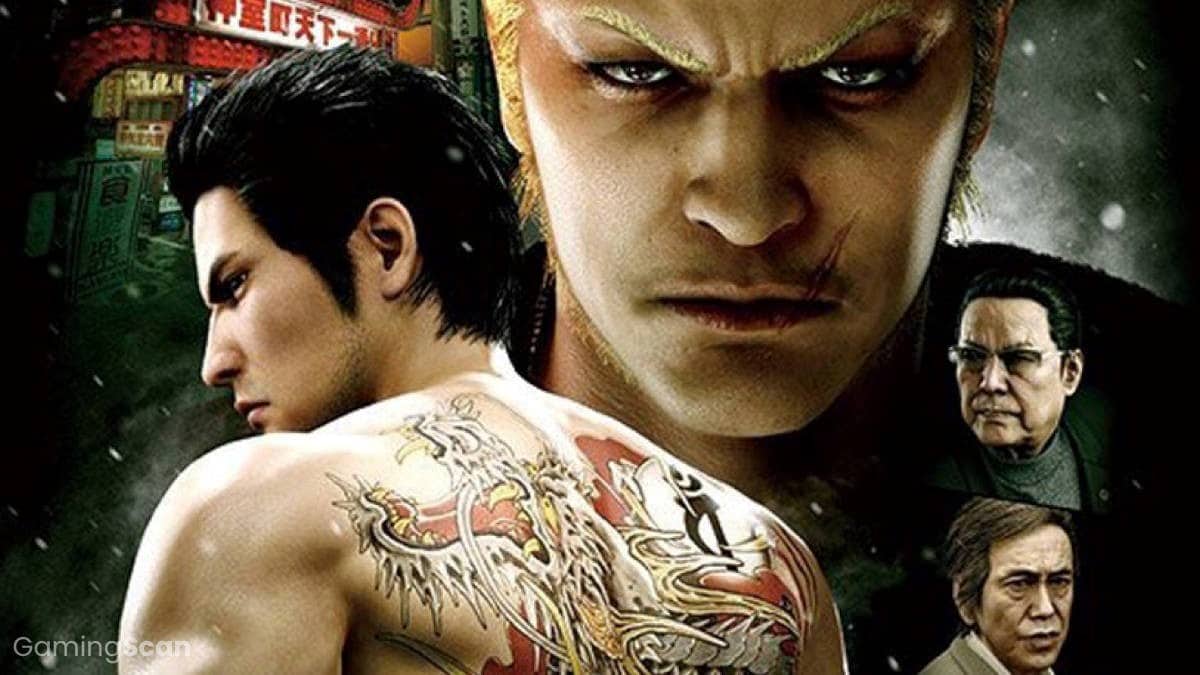 While most Yakuza games can be described as modern beat-’em-ups, they often include elements found in RPGs, open-world, and turn-based strategy games.

In this list, we’ll cover the series’ extensive history by organizing Yakuza games in order of release date, specifically North American release dates, and excluding titles that didn’t release outside of Japan.

Even with these restrictions, we’ll still have enough on our hands covering both the Yakuza main series and spin-off games.

Yakuza follows Kazuma Kiryu, a member of the Yakuza crime family who spends ten years in prison for a crime he didn’t commit.

Upon his release, Kazuma returns to the criminal underworld, where he learns that 10 billion yen was stolen from his old gang, the Tojo clan, and is currently up for grabs.

The game takes place in a realistic recreation of Tokyo’s Kabukicho district and was very expensive make; to help with production costs, Sega struck a deal with various Japanese companies for in-game product placements.

At launch, Yakuza was met with mostly positive reviews, with many praising the game’s presentation and story while also acknowledging its clunky gameplay mechanics.

In 2016, a remake of the original Yakuza was released as Yakuza Kiwami, complete with updated graphics and new story elements.

Yakuza 2 sees Kazuma Kiryu receiving a request from the Tojo Clan to help mend relations with a neighboring family, the Omi Alliance.

Throughout his journey, he discovers the Omis have been secretly working with the Korean mafia and soon becomes targeted by both gangs.

The game includes several improvements over its predecessor, namely refinements to the combat engine based on feedback from fans.

The changes went over well with players, who praised the game’s fighting mechanics, storyline, and the decision to keep the original Japanese audio in place of an English dub.

Yakuza 3 continues Kazuma Kiryu’s story, this time following the Yakuza from the gritty streets of Kamurocho to the rural Ryukyu Islands of Okinawa, where he manages an orphanage.

However, things soon turn sour after Kiryu discovers the orphanage is set to be torn down in order to make room for a beachfront resort, prompting him to reach out to his former gang for help.

Gameplay mirrored previous entries, with Kiryu able to pick up objects in the environment and use them as melee weapons; additionally, new ‘Heat actions’ and upgrades would become available as Kiryu leveled up.

The game ended up being a massive hit for Sega, especially in Japan, where it received the “Award for Excellence” at the Japan Game Awards 2009; it’s also cited as one of the best-selling titles of that year.

Yakuza 4 takes players back to the red-light district of Kamurocho, this time with Kiryu joined by three new playable characters: Shun Akiyama, and Taiga Saejima, and Masayoshi Tanimura.

Each character is assigned a unique fighting style and special moves that affect combat; Kiryu uses a mix of Karate and Boxing, Akiyama is a Taekwondo master, Saejima fights like a Wrestler, and Tanimura practices both Aikido and Jiu-Jitsu.

As with previous games, Yakuza 4 features an assortment of minigames and side activities to explore away from the main plot, including Darts, Billiards, Bowling, Karaoke, and even dating.

These additions were all well-received, with critics and fans celebrating the game’s wealth of content and ensemble cast.

For Yakuza 5, a new graphics engine was introduced that allowed for more detailed environments, resulting in the game having five unique settings: Kamurocho, Sōtenbori, Nagasugai, Tsukimino, and Kin’eicho.

Additionally, the character roster was expanded to five, with Kiryu joined by Akiyama and Saejima from Yakuza 2 along with Haruka Sawamura and Tatsuo Shinada.

Similar to previous entries, Yakuza 5’s gameplay is divided into two modes: Adventure, in which players explore different minigames and activities, and Combat, which revolves around beat ’em up-style battles.

It ended up being one of the best-reviewed games in the series, receiving praise for its seamless transitions, gameplay variety, and sprawling environments.

Yakuza 0 is a prequel that chronicles Kazuma Kiryu’s criminal journey from low ranking thug to Yakuza crime boss during the late 1980s in Kamurocho and Sotenbori.

The story alternates between Kiryu and series recurring character Goro Majima, each with a distinct fighting style and personality; Kiryu is still his usual serious self while Majima serves as the comedic relief.

Players are given free rein over both locations and could take on various sidequests, engage in random battles with enemies on the street, and play an abundance of minigames, including retro Sega arcade cabinets.

Around this time, the franchise was experiencing a surge in popularity in the West, resulting in Yakuza 0 receiving high sales and favorable reviews across the board.

Yakuza 6: The Song of Life

Yakuza 6: The Song of Life takes a more serious approach with its story, following Kiryu as he attempts to protect Haruka’s son after she slips into a coma.

Wanting to identify Haruto’s father, Kiryu travels to the last place his mother was spotted searching for clues, only to discover he’s being targeted by both the Tojo Clan and Yomei Alliance.

Gameplay is reminiscent of previous outings but features new additions to combat, such as Extreme Heat Mode, an enhanced version of Yakuza 5’s Dragon Spirit Mode that grants Kiryu temporary invulnerability once triggered.

The game was well-received by fans, with many admiring its emotionally charged story; at the 2018 Golden Joystick Awards, Yakuza 6 was nominated for “Best Storytelling” and “PlayStation Game of the Year.”

Despite diverging from Yakuza’s real-time beat ’em up combat system and featuring an entirely new protagonist, Yakuza: Like a Dragon is considered part of the main series.

Combat is carried out through a series of turn-based battles that incorporate RPG mechanics and a four-person party system, with Kasuga recruiting new characters throughout the story.

The game’s new direction was welcomed by fans and Like a Dragon quickly became the best-selling physical game during its first 4 days in the Japanese market.

In 2012, the series would get its first spin-off in the form of Yakuza: Dead Souls, a survival horror game that exists outside of the Yakuza canon, one year after the events of Yakuza 4.

In it, a sudden outbreak causes Kamurocho’s residents to turn into flesh-hungry zombies who continue to spread the virus until the Japanese government decides to put the area under quarantine.

With no help in sight, four men set out to protect the citizens and track down the source of the deadly disease: Shun Akiyama, Goro Majima, Ryuji Goda, and Kazuma Kiryu.

The game ended up receiving mixed reviews, with some enjoying its ridiculous premise and others taking issue with its dull combat and lack of enemy variety.

The next Yakuza spin-off would be Fist of the North Star: Lost Paradise, a beat ’em up based on the manga of the same name that features similar gameplay to the main series games.

Set in alternate post-apocalyptic Earth, the game sees you controlling Kenshiro, a martial arts master who sets out to rescue his fiancée Yuria from his ex-friend and current rival, Shin.

It includes performances from voice actors who appear in other Yakuza games as different characters, including Takaya Kuroda, the voice of Kazuma Kiryu, playing the role of Kenshiro.

Fist of the North Star: Lost Paradise was a huge success in Japan, where it sold over 100K copies in its first week alone.

Set within the Yakuza universe, Judgment is a spin-off detective game that includes numerous references to events that occur in the main series.

The game tasks players with scouring the familiar streets of Kamurocho in search of clues while assisting with more minor cases and battling various thugs and Yakuza throughout the story.

Upon release, Judgment was met with favorable reviews due to its unique blend of fast-paced action and methodical crime-solving, though there were complaints regarding its detective gameplay mechanics.

To commemorate the company’s 60th anniversary, Sega had the Yakuza team join forces with developer Empty Clip Studios to create Streets of Kamurocho.

The game is essentially a mashup between Streets of Rage 2 and the Yakuza series, complete with vibrant pixel art graphics, retro-inspired beat ’em up combat, and appearances from notable Yakuza characters.

Players choose between Kiryu and Majima initially, with Ichiban Kasuga becoming available as an unlockable character; all three heroes play identically and have a moveset based on Streets of Rage 2’s Axel Stone.

Due to the game being a promotional release, it was only available to download through Steam during October 17-19 and later November 13-16 before Sega had it delisted. 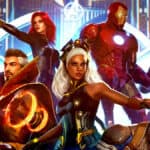