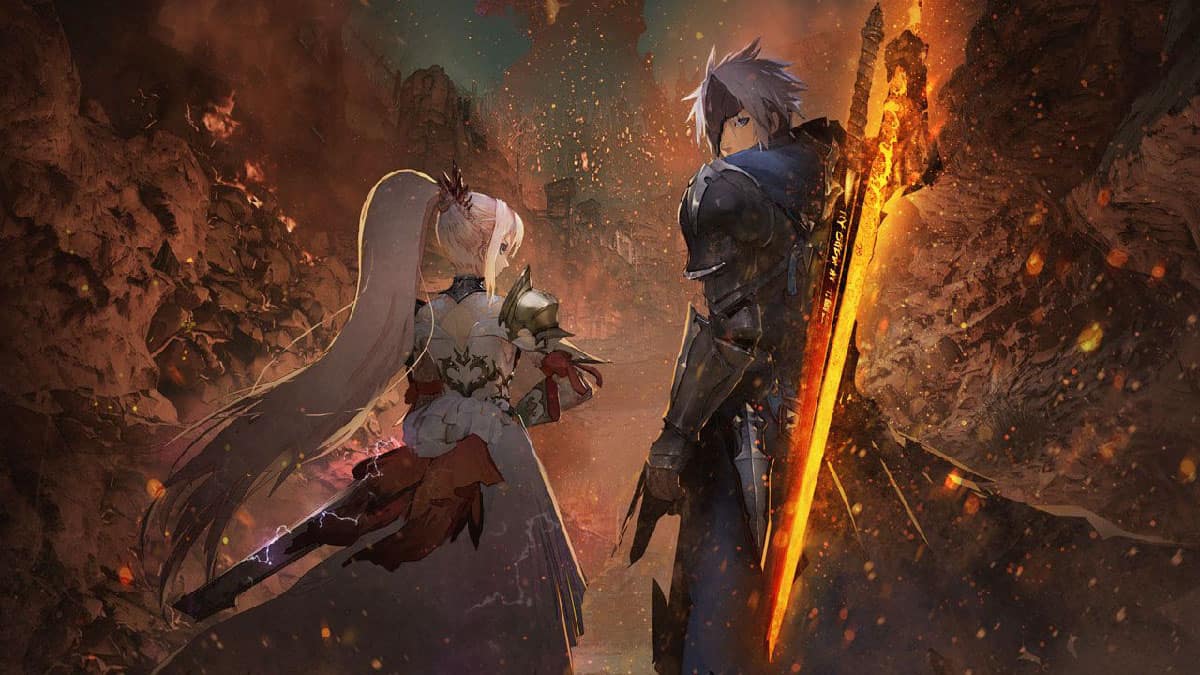 There’s a certain everlasting quality to role-playing games that continues to resonate with gamers and transcend both time and space.

Their flexible nature makes them the perfect guinea pigs for exploring and combining new concepts while providing players with a sense of progression.

We’ll be updating this list in the future with new titles, so make sure to check back and let us know if we missed any of your favorite role-playing games!

Elden Ring is the latest FromSoftware developed game to feature technical and robust combat that demands quick reflexes and mastery over its complex systems.

Additionally, the game layers on RPG mechanics and a fully-explorable open-world teeming with atmospheric locations, tough enemies, and powerful equipment to wield.

Compared to its predecessors, Elden Ring handles multiplayer a lot better by giving players more ways to cooperate between worlds along with the standard PvP fights to the death.

The fact that it also features a massive open-world only makes it more appealing to play through with a friend and experience everything together.

Following in the footsteps of Octopath Traveler, Triangle Strategy is one of this year’s most anticipated strategy releases and the latest game to employ Square Enix’s unique ‘HD-2D’ aesthetic.

While it has much in common with its predecessor, the game also shares many similarities with tactical RPGs like Fire Emblem as well as Final Fantasy Tactics.

In it, three nations vie for control over scarce resources and find themselves thrust into turn-based battles that emphasize positional advantages, follow-up attacks, and elemental chain reactions.

Triangle Strategy is currently exclusive to the Nintendo platform, making it the perfect RPG for Switch owners to pick up and get lost in.

Following the release of 2021’s Diamond and Pearl remakes for Switch, Pokemon Legends: Arceus is a single-player RPG set within the Pokemon universe.

In it, players are transported to a bygone era of the Sinnoh region’s history based on 19th century Japan, back when it was known as the Hisui region.

The story sees you embarking on an ambitious undertaking to create the very first Pokedex and eventually encountering the mythical Pokemon Arceus.

In it, you and your friends play as free-running survivors navigating a vast open-world filled with tons of hungry zombies.

Similar to the original, Dying Light 2 does a great job at creating tension throughout its story and gameplay by sending you to dangerous locations.

This is especially true at night when zombies become more aggressive and you have the opportunity to earn double the XP and resources.

PlayStation exclusive Horizon Forbidden West expands upon the mysterious world introduced by its predecessor while adding a host of refinements.

Fresh off her previous adventure, Aloy sets out to explore a brand new region that will put her face to face with even tougher enemies and bosses.

The most notable changes for RPG fans are new weapons and armor to track down and wield along with a streamlined system for organizing all your gear.

On the gameplay side of things, Forbidden West throws underwater exploration into the mix, allowing you to bypass certain enemies and discover hidden locations.

Similar to previous entries, the game sees up to four players joining forces to track and hunt down aggressive wildlife using a wide array of weapons and tools at their disposal.

Each monster has a unique set of attacks, behaviors, strengths, and weaknesses that can be exploited to capture or kill them for crafting materials and other resources.

The real joy of this series comes from getting to know the ins and outs of each of its weapon classes consisting of blades, bows, guns, hammers, spears, and lances of varying sizes and elements.

Yakuza: Like a Dragon continues the series’ reputation for larger-than-life characters and poking fun at taboo topics most games wouldn’t dare address.

Gameplay diverges from the traditional beat ’em up combat found in most Yakuza games to turn-based RPG battling with a party system.

There’s no shortage of great JRPGs on the Switch and the Bravely series is among the best the Nintendo platform has to offer.

Next up, Tales of Arise is an anime-centric action RPG developed and published by Bandai Namco for PC and console in September 2021.

The story follows two different characters that come from opposing worlds, the medieval world of Dahna and the advanced world of Rena.

Together, the pair embarks on a journey to bring both worlds together and stop the Renans from oppressing the Dahnan people.

Rune Factory 4 Special is a standout entry in the long-running fantasy-based farming game where growing crops is only a small part of the experience.

Players are granted a nice plot of land to call their own as they tend to crops, raise livestock, and get to know their neighbors.

The coolest part is just about every action in Rune Factory 4 Special rewards you with experience that increases your proficiency in that activity.

One of the best story-driven RPGs of 2019, Disco Elysium casts you as a detective with amnesia as he investigates a murder.

Hunting down clues and potential leads brings with it plenty of dialogue interactions and opportunities to poke and prod around NPCs’ personal beliefs and biases while dealing with your insecurities.

This is where the game’s RPG mechanics come into play, allowing you to acquire an array of unique skills suited for different playstyles.

While the base game is already great, we’re recommending The Final Cut edition for its new voice-acted performances and expanded questlines.

It took Path of Exile some time to get to the level of popularity it has today as fans were somewhat hesitant of committing to another Diablo-like action RPG back in 2013.

Fortunately, the playerbase has grown over the years due to the number of new features, characters, and content that has been added ever since.

Much like Blizzard’s critically-acclaimed dungeon crawler, it sees players traversing environments in search of loot and glory while also participating in seasonal events year-round.

It also benefits from being one of the few live service games to use a free-to-play model that doesn’t include paywalls to gate progression.

If you’re a fan of RPGs with anime visuals, open-world gameplay, and gacha rewards, then you’ve likely already heard of Genshin Impact.

This live service game has grown its popularity off the strength of its free-to-play structure, satisfying real-time combat, and growing roster of characters.

Additionally, the game offers multiple quests, events, and opportunities to explore its diverse cities via consistent content updates that drop about every two months.

Last but not least, Genshin Impact makes it easy to link up with friends across PC, console, and mobile by including itself in the growing number of games that support crossplay.

Celebrated for its RPG mechanics and player-driven story, Mass Effect has a rich and quite controversial history of releases, spin-offs, and most recently, rereleases.

Considering the first game released in the early 2000s, the best way to experience the original trilogy is through the remastered Mass Effect Legendary Edition.

The Witcher 3: Wild Hunt needs no introduction seeing as its won countless awards and is generally considered one of the best contemporary fantasy RPGs.

In it, you play as a “Witcher” monster hunter named Geralt as he sets out to find his adopted daughter and save her from an evil cult known as the Wild Hunt.

Along the way, you’ll get to explore various storylines tied to different characters in the form of quests, boss fights, and open-ended exploration.

Between major plot points, players are free to explore the Witcher 3’s vast open-world and hunt wildlife, gather ingredients, and soak up some scenery.

The Elder Scrolls V: Skyrim is the fifth and most recent entry in Bethesda’s beloved action RPG series and considered one of the best open-world games of all time.

The story is set 200 years after Oblivion and sees you fulfilling your duty as the Dragonborn, a powerful warrior destined to defeat a terrifying dragon believed to bring about the end times.

Boasting a flexible combat system that supports both stealthy and aggressive playstyles, the game features a robust skill tree with unique abilities, weapons, and armor.

Lastly, while Skyrim’s map may not be the biggest, it still offers a lot of secrets to find, recruitable companions, and hidden areas that reward you for exploring off the beaten path.

While the series is best known for its handheld releases, Fire Emblem: Three Houses returned to the franchise’s console roots with a brand new adveture.

In it, you take on the role of professor at a prestigious academy belonging to one of three factions: the Black Eagles, the Blue Lions, and the Golden Deer.

The mix of tactical turn-based battles and social management gameplay is extremely rewarding and complemented by returning systems like permadeath, combat arts, and weapon durability.

Persona is another RPG series that Fire Emblem fans will have likely heard of, with Persona 5 being the latest installment in the series.

In it, players take on the role of a new transfer student attending high school in Japan and encountering a host of eccentric classmates, teachers, and other characters.

After joining forces with their friends to become the Phantom Thieves of Hearts, the group uses their newfound powers to summon Personas and end the tyranny of corrupt adults.

It’s a great recommendation for anyone who enjoyed their time with Three Houses considering both feature social components that see you strengthening bonds with party members.

Lastly, if you’re a fan of either CRPGs or tactical RPGs, Divinity: Original Sin II delivers on both fronts while offering great writing and world-building.

In it, players create an original character, determining their race, gender, stats, and even backstory, before heading out into the world of Rivellon with up to three party members.

The co-op version of the game is also worth highlighting since it gives you and your friends the freedom to split up and shape the world in different ways. 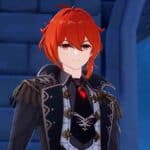