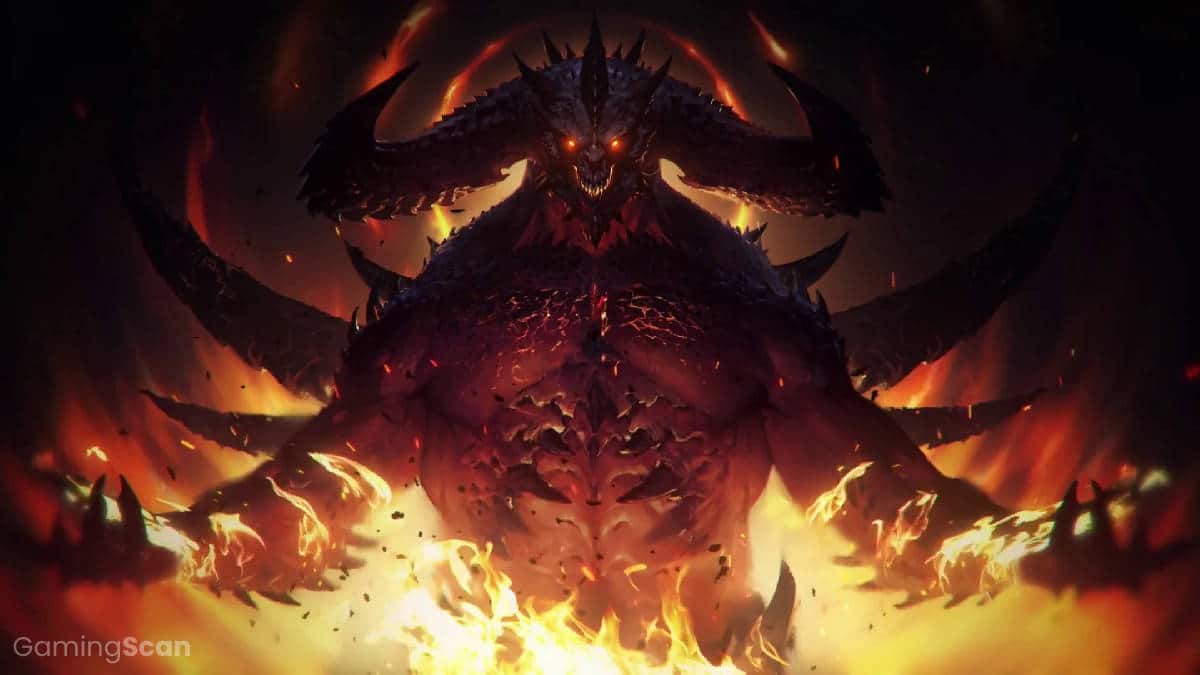 Although Diablo 4 was announced back in 2019, fans still have a long way to go before they can play the next installment in Blizzard’s dungeon crawler RPG.

In the meantime, players searching for great action RPGs like Diablo or even hack and slash games like Diablo are in for a treat.

We’ll be updating this list in the future with new titles, so make sure to check back and let us know if we missed any of your favorite games similar to Diablo!

Our first recommendation for Diablo fans is Chronicon, a pixel art action RPG that centers on a strange device that lets players explore the memories of fallen heroes and relive their greatest exploits.

Dungeons and other environments are procedurally generated with each run and the crafting system allows you to enchant your equipment with Runes.

Lastly, Chronicon features a host of endgame content including randomized dungeons, bosses, and additional crafting mechanics along with local co-op for up to four players and Steam Remote Play support.

Next up is Last Epoch, another action RPG with hack and slash combat reminiscent of Diablo that’s currently available in Steam Early Access.

In it, you take on the role of a unique hero on a mission to save the universe from an all-consuming void by traveling through time and battling ancient gods and monsters.

Players start their adventure with a base class before moving on to one of three Master class specializations that give access to new skills that can be further modified to fit their playstyle.

In Sands of Aura, you’re tasked with protecting the realm of man by tracking down and destroying an evil plague that’s corrupting the desert lands of Talamhel.

Traveling via an enchanted sand-ship called the grainwake, you’ll chart your own course across the perilous sandseas encountering secrets, dangers, and mysterious paths.

Sands of Aura uses tiered difficulty levels for each of its locations with increasingly powerful rewards and features thousands of unique weapon combinations that can be expanded using magical augments.

One of the more high-profile entries on this list, Hades is a critically-acclaimed roguelike dungeon crawler with hack and slash mechanics that will appeal to fans of Diablo.

While the roguelike format doesn’t typically lend itself to good storytelling, Hades keeps things interesting by having the world and dialogue evolve the further you progress.

To this point, character progression is very different than Diablo but manages to scratch a similar itch thanks to its use of randomly generated dungeons, an isometric perspective, and hack and slash combat.

It might surprise you to see a Diablo recommendation with ‘Minecraft’ in the title but rest assured Minecraft Dungeons does a great job at paying homage to the classic dungeon crawler RPGs.

In it, you’re tasked with defeating the nefarious Arch-Illager after he begins corrupting the Minecraft world and spawning evil mobs of enemies.

Like Diablo, the game offers hundreds of artifacts, gear, and enchantments to collect and use in battle to perform devastating special attacks as well as buff and heal allies.

Furthermore, Minecraft Dungeons can be played via both local and online co-op with up to four players and features multiple difficulty options for each level with higher tier rewards.

Another seemingly odd recommendation for Diablo fans, Marvel Ultimate Alliance 3 is a superhero-themed dungeon crawler that shares many core mechanics with Blizzard’s own action RPG.

In it, you assemble a squad from over 30+ heroes and villains before heading off into battle in iconic locations from throughout Marvel Comic history.

Each character has their own stat progression, suite of abilities, and unique bonuses and synergies that can be triggered by bringing certain team combinations into battle.

While it’s a bit more simplistic than Diablo in terms of mechanics and overall depth, The Black Order is a great starting place for younger players or casual dungeon crawling with friends via local/online co-op.

Serving as both a spin-off and prequel to the original Darksiders trilogy, Darksiders Genesis shares a lot of its DNA with classic dungeon crawlers like Diablo.

While the series is already known for its satisfying blend of hack and slash combat and Zelda-inspired puzzles, Genesis ups the ante by tacking on exploration and Diablo-like character progression.

Additionally, it features an isometric perspective as well as local/online co-op support, giving you and any Diablo-loving pals a new game to play together.

Genesis is also a must-play for Darksiders fans since it marks the first time Strife (the fourth horseman of the apocalypse) has been featured as a playable character.

Possibly the biggest departure from traditional action RPGs on this list, Warhammer: Vermintide II manages to scratch a similar itch to Diablo in terms of visceral-feeling combat.

In it, up to four players team up to explore various locations from the Warhammer universe which have become overrun with rat-like creatures called Skaven.

Similar to Diablo, the game offers several classes to pick from, each with unique specializations spanning a total of 50 weapon types to master, including various swords, axes, and hammers.

Blending both roguelike elements and hack-and-slack combat, Children of Morta is a 2D action RPG dungeon crawler that will appeal to Diablo fans.

The story chronicles the adventures of a heroic family fighting against an evil power called the Corruption, with players given the option to pick from any one of the Bergson clan members before charging into battle.

This acts as a sort of pseudo-class system in which each family member has their own repertoire of abilities that excel in different areas such as crowd control, long-range, melee, etc.

Despite its charming pixel art presentation, Children of Morta is a rather difficult game that will see you dying more often than any Diablo run, though characters will continue to level up.

Book of Demons puts a card-based twist on classic Diablo dungeon crawling by keeping your character on rails as they traverse creepy castles and cave environments.

While the game’s linear approach to hack and slash combat can take some adjusting, once everything falls into place you’ll start to pick up on the Diablo similarities.

For example, instead of your typical ability and equipment slots, your character’s skills are assigned to different cards that provide the same amount of flexibility and build options.

This is further complemented by a distinct art style that gives characters and environments the appearance of paper cutouts.

The second Warhammer game to appear on this list, Inquisitor – Martyr sees you taking control of a battle-tested Inquisitor belonging to one of three classes.

Much like Diablo, this action RPG features a gear crafting system as well as robust skill trees with several configurations for various abilities you unlock along the way.

Of course, being set in the Warhammer 40K universe, most weapons boil down to boltguns, chainswords, and the like, though there’s still a lot of variety to be found when it comes to level design.

What’s more, it’s an excellent game to pick up for anyone who loves the Diablo formula and wants another isometric-style action RPG that focuses on loot and unique character builds.

If you’re looking for something a bit closer to home thematically, then Victor Vran is a great alternative for Diablo-like monster slaying.

It features an assortment of supernatural enemy types to tear apart, including skeletons, zombies, ghouls, and various otherworldly creatures.

There’s also a decent selection of weapons, armor, and spells to equip along with several buffs applied to each one.

Even if the story is a bit lackluster in comparison to the Diablo series, the mix of eye-catching visuals and intriguing game mechanics make Victor Vran a worthy recommendation.

Any Diablo fan on a tight budget will appreciate Path of Exile’s no-frills approach to Diablo-like dungeon crawling in which you battle monsters and complete quests in exchange for EXP and powerful loot.

In it, you take on the role of an Exile forced to survive on the dark continent of Wraeclast before setting off to exact revenge against those who wronged you.

Similar to Diablo, Path of Exile features a robust character customizer that allows you to combine your class’s unique abilities using tradable gems and a massive selection of passive skills.

The game has a pretty big following that provides a significant boon to its player-driven economy at the expense of being online-only, which might be a deal-breaker for some.

While not as widely celebrated as Diablo, Grim Dawn is another beloved action RPG that casts you as a resistance fighter caught in a war between two supernatural forces vying for control over humanity.

Like Diablo, gameplay centers on crawling your way through dark dungeons, caverns, forests, and wastelands inhabited by supernatural enemies and loot.

Players are rewarded for their natural curiosity and desire to explore with hidden chests and narrative bits of lore that flesh out the game’s dark fantasy steampunk setting.

It’s admittingly a tougher game than Diablo in terms of raw difficulty and grind, but does a much better job of rewarding you for putting in the work and overcoming challenges.

Torchlight II is another fantastic action RPG that may not have the same cachet as Diablo but has managed to snag a couple of awards since its release.

In it, players set off on a fantasy-driven adventure as one of four classes on a quest to track down the Alchemist, a villainous figure consumed by madness that causes him to destroy your hometown.

Much like Diablo, it features fairly in-depth character customization that lets you pick from a host of skills and equipment to create builds tailored to your preferred playstyle.

Additionally, Torchlight II takes the edge when it comes to community mod support, allowing for increased replayability despite the game releasing almost a decade ago.

The Incredible Adventures of Van Helsing

Our final recommendation to Diablo fans is The Incredible Adventures of Van Helsing, in which you don the mantle of the legendary vampire hunter.

After selecting from six different classes, you’ll set out to slay monsters across Borgovia with help from a ghostly companion named Lady Katarina.

Gameplay blends the best parts of action RPGs and dungeon crawlers to deliver a Diablo-like experience with a captivating dark fantasy atmosphere.

We suggest picking up The Final Cut edition, which bundles together the three games in the series and presents them as a single story that boasts over fifty hours of content. 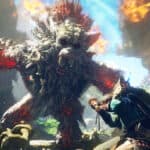