Like many survival games, Grounded is jam-packed with hidden mechanics and systems for players to discover.

As a result, you may feel overwhelmed in the beginning, as the game throws numerous crafting materials, enemy types, and landmarks at you all at once.

That being said, there’s a method to Grounded’s madness that makes exploring its tiny-world extremely gratifying.

In this guide, we’ll show you how to get started in Grounded and highlight useful tips for combat, crafting, and survival. We’ll also be providing a couple of general tips to help you progress in the main story.

With a little practice, you’ll be dominating your own backyard in no time.

Surviving in Grounded is tough. Your teen is constantly hungry, thirsty, and in danger. The following survival tips should help bring you up to speed and make the first couple of hours a whole lot easier.

How To Find Food and Water

Your teen’s chances of survival will drop the longer they go without food and water. Once fully depleted, they’ll start to lose health and eventually die. To make sure they’re hunger and thirst meters are topped off, keep a steady supply of snacks and drinks.

At the start, your food options are limited to mushrooms, which spawn throughout the map. To unlock the recipe for the Roasting Spit, find a Sprig and add it to your inventory. To build it, you’ll need 4 Pebblets, 3 Sprigs, and 3 Dry Grass Chunks, which can only be obtained using a Pebblet Axe.

Once you have a Roasting Spit in place, you can use it to cook meat you collect from bugs, namely gnats, weevils, and aphids. Cooked meat will restore a lot more hunger than mushrooms, but will spoil after a day. However, you can still use spoiled meat to craft Mushroom Growing Pits, which can be unlocked by researching the tops of acorns.

Water, on the other hand, is much easier to find. At first, you may feel emboldened to drink unclean water, which does replenish some thirst at the cost of making your teen more hungry. However, there are much better options.

Clean water comes in three forms: dew, which appears on the tips of blades of grass each morning, juice, which can be found near old cans or juice boxes, and honeydew, which is produced by aphids. Additionally, you can find drops of water on leaves that lay flat, especially by the Oak Tree. Once you have a base set-up, we recommend building a Dew Collector using Quartzite and Spider-Webbing, to produce dew every couple of hours.

How To Stock Up On Supplies

Every survival game has its essential materials that are useful for crafting a wide array of items. In Grounded, those materials are Plant Fiber, Sprig, Pebblets, Dry Grass Chunk, and Sap. You’ll need them to craft most basic items such as tools and bandages, as well as a Roasting Spit.

We recommend you get into the habit of stocking up on supplies by storing them in baskets and chests. If you’re the adventurous type, consider keeping a stash of materials with you at all times in case your tools break or you have to set up shop somewhere overnight.

How To Mark Locations

While its scope may be limited to a single backyard, Grounded’s map is impressively large to the point of getting lost. However, you’ll eventually start memorizing landmarks like soda cans, juice boxes, and action figures the more you play.

If you still find yourself having trouble, try to take advantage of Trail Markers, which are basically physical waypoints crafted by the player using Clover Leaves. You can use a marker to identify any location you think is important, such as your base, Field Stations, and any spider-nests you wish to avoid.

Crafting is the backbone of Grounded’s gameplay loop and really starts the open up as you progress in the game. Collecting resources and quests will unlock new recipes that allow you to make better weapons, armor, and utilities. With that in mind, here are some crafting tips to help get you started.

How To Make Axe, Hammer, and Torch

You’ll find your crafting options are pretty limited without an axe and hammer. This is because both are necessary for collecting valuable materials such as quartzite, grass chunks, and acorn pieces. To make a Pebblet Axe, you’ll need 3 Sprigs, 2 Pebblets, and 1 Woven Fiber; for the Pebblet Hammer, you’ll need 3 Sprigs, 4 Pebblets, and 1 Woven Fiber. To unlock the recipe for Woven Fiber, analyze Plant Fiber at the nearest Field Station.

Since night time in Grounded can be brutal, we also recommend crafting a few torches for any after-dark adventures. To make a traditional torch, you’ll need 2 Sprigs, 1 Sap, 2 Woven Fiber, and 3 Dry Grass Chunks. If you’re ever in a pinch, you can also make Slime Mold Torches using the glowing stalks you find in tunnels.

How To Make Acorn Armor

By default, your teen is pretty fragile and will fall after taking just a couple hits from an enemy. To keep yourself in the fight, we recommend crafting some armor using a Workbench. You have several options when it comes to armor types, and each one carries unique perks that get listed in the “Inspect” menu. However, the one we recommend crafting first is acorn armor, which is easy to craft and increases your teen’s max health.

If you manage to make the full set, you can also activate the Uncrackable bonus, an effect that is currently unknown but suspected to provide either additional defense or block durability. To unlock acorn armor, make your way to the Oak Tree, break any acorns you find using your hammer, and research them using the Analyzer. For the full set, you’ll need 6 Acorn Shells, 5 Mite Fuzz, 11 Woven Fiber, 6 Clover Leaves, and 4 Sap.

Where To Build A Base

While building a base affords you some safety and peace of mind, it can be tricky to find a suitable location until you’ve gotten a proper lay of the land. Additionally, you can get by with just a Lean-To for a while, since it allows you to safely sleep through the night. Ultimately though, you’ll want to build a base high off the ground, near a notable landmark, or a combination of the two.

A decent starting base location is the Mysterious Machine, which is conveniently located in the middle of the map and offers an enclosed space for you to run and hide in when necessary. The Oak Tree is another good option that will help get you off the ground. You’ll find tons of leaves scattered along its roots which are just flat enough to build on and will collect water for you each morning.

Grounded’s approach to combat is pretty basic. You have an attack button, a block button, and the ability to stun and strafe enemies. It’ll take some trial and error to get used to the flow of battles with different enemy types, but eventually you’ll find your groove. To make things easier, consider the following tips.

How To Avoid Spiders

While most of the bugs you’ll encounter pose little to no threat, the ones who do sure are terrifying. Bombardier beetles can be pretty aggressive, but nothing, nothing at all, comes close to the horror that is Grounded’s spiders. It also doesn’t help that they’re not confined to a single area, but instead roam freely throughout the map.

Although armor helps out, you’ll find it’s tough to kill a spider early on in the game. Until you can craft better weapons than the spear, you’re better off keeping your distance from them. If you see a spider coming your way, kindly turn around and sprint until you get a safe distance away or can climb to higher ground.

You’ll know that one is targeting you when its legs go up and its eyes turn red. The best way to avoid spider encounters is to pay attention to blades of grass around you. Only a couple bugs are big enough to disturb the grass, so if you see any moving, chances are it’s not friendly.

How To Block, Strafe, and Stun

The key to surviving attacks early on is knowing when to block and strafe. Most enemies attack in the direction they’re facing, so try to keep yourself positioned behind them. When you are on the receiving end of a beetle or spider attack, hold the block button to reduce the amount of damage taken.

If you can time your block to the exact moment their blow lands, you’ll receive little to no damage. It’s also important to be mindful of your stamina bar, which drains every time you swing weapons, block, or run. Once it’s fully depleted, your character will have to catch their breath, leaving you exposed to attacks.

A great way to conserve stamina is to use a weapon that has the Stun perk, such as the Ant Club. Landing hits with these will occasionally stun enemies, leaving them dizzy for a few seconds and giving you just enough time to recover stamina, heal up, or reposition.

There’s a lot more to Grounded than just its survival, crafting, and combat systems. Here, we’ll be highlighting some more general tips to keep in mind while exploring the backyard.

How To Analyze Resources

To unlock new crafting recipes in Grounded, you have to analyze items using one of the various Field Stations spread across the map. Remember that anytime you discover a new Field Station, the game will mark it on your map.

To analyze items, walk inside a Field Station and approach the machine on the right called the Resource Analyzer. Every time you analyze an item, it consumes one charge of the Analyzer’s energy. At the start of the game, you’ll have three charges.

Once those are used up, you’ll have to wait for the timer to count down before a charge is replenished. For your first three charges, we recommend analyzing a Pebblet, Plant Fiber, and Sap, since doing so will unlock the Pebblet Axe, the Workbench, and Woven Fiber.

How To Gather Raw Science

After you complete the story mission that tasks you with reaching the Oak Tree, you’ll discover a secret underground lab. Explore the lab until you find Burg-L, a robot who has information about the experiment that shrunk you. More importantly, Burg-L will offer to sell you new crafting recipes in exchange for a resource called Raw Science.

While the game never explains what Raw Science is, it’s easy enough to spot while you’re exploring the world. Look for floating bubbles of pink goo and pick up any you find. You can also get Raw Science by completing story missions and crafting new items.

How To Glide In The Air

One of Grounded’s best-kept secrets is your teen’s ability to sora through the air using a glider. Unfortunately, you won’t be able to craft the glider until much later in the game. Thankfully, there’s a cheap alternative that will give you a few seconds of airtime.

Every time you spot a dandelion, check for any white tufts nearby. If you find one, pick it up and equip it as a glider. Now, anytime your teen is falling, you’ll be able to pull it out and gently descend to the ground.

Using a glider can save you from injuries and provide a couple of extra seconds of airtime to survey the land for enemies and resources. If you can find a high enough spot to jump from, you’ll be able to travel a long distance without touching the ground. 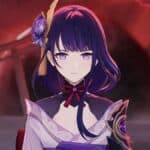