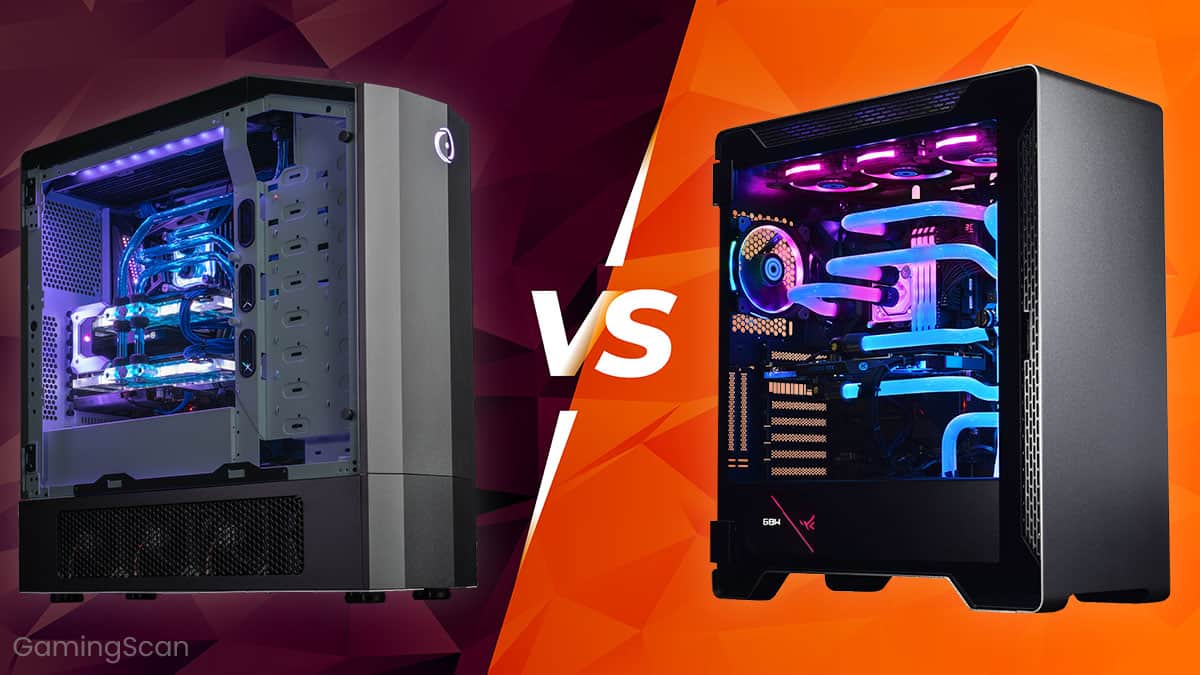 Customization is an integral part of the beauty of PC building. With a wide range of components to choose from and the numerous ways to make your gaming PC feel unique, building one is like putting together a very satisfying puzzle.

Yet, not every PC gamer is necessarily tech-savvy, so pre-built gaming PCs are quite popular. If you’re on the fence and unsure as to whether you should build your own gaming machine or just order one pre-built, here are the main pros and cons of both!

When building a custom PC, you’re free to pick out specific parts that suit your needs best, thus ensuring that you don’t end up with any components that aren’t a good fit for you.

With prebuilt PCs, there are always adjustments that can be done to make the configuration more efficient and more cost-effective. These changes include increasing or decreasing the amount of RAM, switching HDD storage for SSD storage, or just finding a better balance between the CPU and the GPU.

Another issue to keep in mind is future-proofing. Some prebuilt PCs out there might be using older CPUs and chipsets that can severely limit the upgradeability of your PC.

If, for example, you were looking for a prebuilt budget gaming PC, you can try using an AMD FX or an older-generation Intel Core CPU. These CPUs use outdated chipsets and obsolete sockets, meaning that if you needed to upgrade the CPU in the future, you would also have to replace the motherboard.

Nonetheless, many prebuilt gaming PCs leave plenty of room for tweaking and upgrades. Still, if you’re thinking about buying one, then you should definitely make sure that the configuration isn’t using any overly dated components. This way, you’d ensure that you’d be getting your money’s worth and that you won’t need to spend more money than necessary on future upgrades.

Building a custom PC ensures that you can put together a very cost-effective configuration, without overspending on overpowered components that don’t make much difference when it comes to gaming. So, how do prebuilt PCs compete in terms of pricing?

Well, as it turns out, off-the-shelf components can be expensive. Remember when they made a supercomputer out of networked PS3 consoles? Just look at how the cryptocurrency mining craze affected GPU prices a while back, or how expensive a DDR4 RAM can be. Fortunately, prebuilt PCs can present better value for your money sometimes.

Although companies that deal with PC building have to cover the base cost of the components, make a profit, and cover the expenses that come with running such a business, they can also get their components from OEMs at lower prices.

And finally, we have the main selling point of prebuilt PCs – convenience.

If you’re the kind of person who’s actually not very familiar with PC components or just doesn’t want to deal with the hassle of cable management, a prebuilt PC is the most convenient route to go.

Not only that, but there are companies out there that build custom PCs on order. This blends the best of both worlds, to a degree – you get a PC that’s prebuilt, but one that you can customize, albeit to varying degrees. On the downside, getting a customized PC this way is also not the most cost-efficient route to go, as these companies usually charge a fee for their services.

Conclusion – Should You Choose a Prebuilt PC or a Custom PC?

At the end of the day, it all comes down to you.

As mentioned before, putting together a PC with each component bought separately can help you get the best value for your money and a PC that is fine-tuned to your needs.

On the other hand, a prebuilt PC can potentially end up saving you a few bucks and a lot of time, and you’re unlikely to go wrong with them if you’re making an informed decision.

For the most part, we’d recommend a prebuilt PC as the first choice mainly for those who are either completely unfamiliar with tech or are simply unfamiliar with the process of PC building and have nobody who can lend a hand in that regard. Even so, it’s best to read up and get an opinion of someone more knowledgeable if you want to avoid getting stuck with outdated components or inadequate builds.

Naturally, we also put together a couple of selections of the very best prebuilt gaming PCs under $500, $800, and $1000, so you might want to take a look at those too before making the decision.