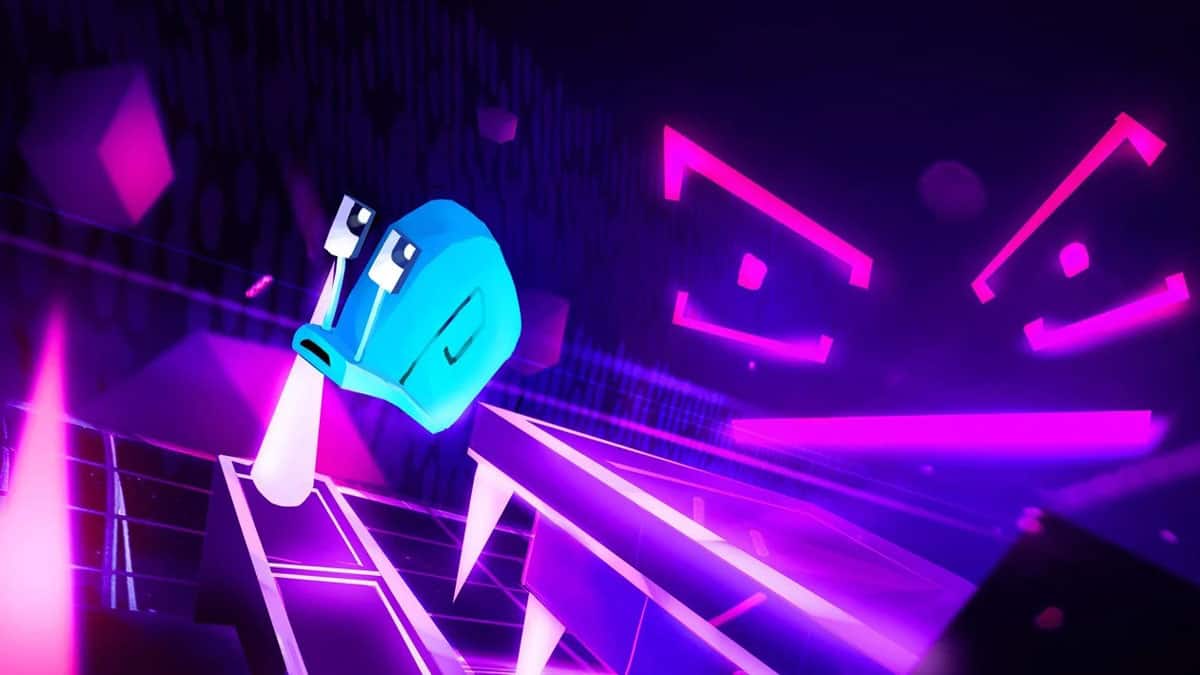 Platformers are among the most tried-and-true genres in gaming and have only gotten better and more refined as the medium matures.

From classic games like Super Mario, to retro-inspired indies like Shovel Knight, platforming is alive and well in 2023.

So to prevent your double-jump skills from becoming rusty, here we’re highlighting the best platformer games on Steam, PlayStation, Xbox, and Nintendo Switch.

We’ll be updating this list in the future with new titles, so make sure to check back and let us know if we missed any of your favorite 2D and 3D platformers!

Set in a world build by mushrooms, it sees you taking on the role of the last living shroom as they explore an ancient world filled teeming with secrets.

Unlocking them all requires you to seek out and acquire new abilities and spells that allow you to reach new areas, defeat enemies, and overcome obstacles.

The game does an excellent job at making you feel rewarded for your hardwork by providing meaningful upgrades that expand your combat and movement potential.

Next up is Will You Snail? a unique platformer driven by a sadistic AI designed to predict and adapt to your movement.

Playing as a snail, players will have to outsmart and outmaneuver the evil AI by dodginng traps, solving puzzles, and uncover the secrets of the simulation.

This entails a great deal of precision platforming though players can always change the difficulty at any time if they’re having trouble.

With that said, the true fun comes from unraveling the mystery at the heart of this short yet action-packed platformer.

System Purge is a new 2D indie action-platformer from Actual Nerds that recently released on Steam.

In it, your character finds themself trapped in a buried, forgotten facitility for the purpose of reaching its core to rescue their lost lover.

Along the way, you’ll encounter an assortment of deadly threats, obstacles, secrets, and hidden challenges.

Orbital Bullet stands out from other action-platformers on this list for its unique perspective that combines 2D movement with 360 degree spacial progression.

As a result, all actions take place in a circular pattern that relies on quick reflexes and a steady supply of ammo.

The game also incorporates rogue-lite elements that see you fighting your way through procedurally generate planets.

Each run sees you honing your skills as you gather resources to craft new items, body modifications, and heavy weaponry.

Woodle Tree 2: Deluxe Plus is an expanded sequel to the original Woodle Tree and draws inspiration from classic Nintendo 3D platformers.

In it, you take on the role of a pudgy hero named Woodle as he sets out to save the Wood Lands from a corrupt black substance that’s absorbing all life.

Deluxe Plus introduces a host of fun new features such as new level challenges, abilities, characters, puzzles, and local co-op support for up to 4 players.

Considering Kirby is one of Nintendo’s oldest franchises, its nice to see them shake things up by incorporating 3D platforming in his latest outing.

Kirby and the Forgotten Land sees the powerful pink puffball transported to a mysterious new world where he’ll have to rescue Waddle Dees from the Beast Pack.

Aiding him in his quest is a set of new copy abilities that allow Kirby to steal his enemies’ powers and make them his own.

In addition, Kirby is granted a new Mouthful Mode that lets him absorb and possess giant objects ranging from cars to vending machines and more.

The OlliOlli games are worth checking out for anyone who enjoys arcade-style skateboard platforming, including the latest installment OlliOlli World.

In it, players take on the role of a young skater dropped into the world of Radlandia, a skater’s paradise ridden with ramps, gaps, and grind rails to tear up.

Furthermore, the game expands the total number of tricks to allow more expressive and stylish combos as you shred through platforming stages.

As you conquer Radlandia’s skate spots, new missions, paths, and gear become available for you to explore.

Mail Mole + ‘Xpress Deliveries is a collection-driven 3D platformer about a mail-delivering mole who’s one day called to adventure.

Upon discovering his home world Carrotland is on the brink of collapse, the would-be postal worker sets out to save it while still making sure to hit his quota.

Similar to beloved platformer games like Sonic the Hedgehog and Super Mario, Mail Mole places a big emphasis on traversal.

The mole can dig underground, climb walls, and even soar through the air as he delivers letters, fights bad guys, and explores colorful 3D environments.

Developer Hazelight Studios has a knack for pushing the envelope for modern co-op games like It Takes Two.

In it, players take control over an unhappily married couple who find themselves trapped in their daughter’s hand-made dolls after announcing their divorce.

The pair are then forced to embark on a fantastical journey spanning genre-bending platforming levels that offer unique challenges and loads of mini-games.

Like many couch co-op games, It Takes Two can be played via split-screen on PC and console, with only one person required to own a copy of the game.

Aside from being one of the best PS5 exclusives, Ratchet & Clank: Rift Apart is a worthy addition to Sony’s long-running shooter-platformer franchise.

In this iteration, heroes Ratchet and Clank embark on a world-bending journey after an experiment-gone-wrong causes Dr. Nefarious’ Dimensionator to go haywire.

This causes portals from different dimensions to begin opening and closing at random with rippling consequences for Ratchet and Clank’s homeworld.

Biped is a co-op platformer where two players work together to guide a pair of small adorable robots that can only move one leg at a time.

Those who crave an added challenge can seek out optional coins throughout levels and use them to unlock new hats for your robot buddies.

The game has a lighthearted tone that’s further complemented by laidback gameplay that encourages communication and teamwork.

Our next suggestion for platformer fans is the enhanced port of Super Mario 3D World + Bowser’s Fury for the Nintendo Switch.

Much like the original Wii U platformer, the game sees Mario and his friends on a mission to rescue cute fairy creatures from Bowser’s clutches after he invades the Sprixie Kingdom.

Gameplay will feel familiar to anyone who’s played a Super Mario game before but includes some fun new features like the Super Bell power-up that turns you into a cat that can climb on walls and scratch enemies.

While playable solo, the game is a lot more fun with friends, allowing you to utilize different characters’ special abilities and work together to complete hidden challenges.

Star Wars Jedi: Fallen Order is a action-adventure game rooted in sci-fi fantasy that follows a linear structure in terms of its narrative.

Similar to other Star Wars licensed titles, the game covers a wide range of planets with distinct ecosystems, colorful environments, and larger-than-life foes.

Its gameplay is reminiscent of 3D action-platformers where players are rewarded for being curious and exploring hidden paths with secret chests and collectibles.

Combine this with an engaging story centered on the Great Jedi Purge and a setting that leverages the franchise’s history and you have the makings of a great Soulslike set in a galaxy far, far away.

The LittleBigPlanet series has historically always been a good pick for some wholesome platforming fun and has supported online multiplayer throughout its lifespan.

Players have more customization options for Sackboy than ever before, and the switch from 2.5D to full-on 3D platforming creates room for new abilities, mechanics, and level designs to emerge.

The best part is the entire story can be beaten in co-op with up to four players online, locally, or a mix of the two, with some levels even requiring a certain number of players to complete.

Spiritfarer is a cozy indie management sim with 2D platforming elements and a semi-open-world.

In it, you play as a young woman tasked with helping departed souls transition into the afterlife by cooking them meals and fulfilling requests until they’re ready to move on.

Despite the game’s grim premise, it manages to cover a wide range of emotions throughout the many anthropomorphic animals that join your crew.

Passengers come from all walks of life and have unique strengths and weaknesses that tie in nicely to their role aboard your ship.

Hollow Knight is another fantastic 2D platformer game that explores dark thematic elements under the guise of a sprawling kingdom inhabited by insects.

It comes courtesy of Team Cherry, who’s currently hard at work on the sequel, Hollow Knight: Silksong, and casts you as an adorable little beetle punching above his weight.

The game makes no attempts to hold your hand and instead encourages you to dive in headfirst and learn everything on your own through pure experience.

As a result, battles at the onset can be quite unforgiving but with a little practice and patience, you’ll learn to master Hollow Knight’s difficult combat system.

The universally acclaimed 2D action-platformer Celeste manages to strike the perfect balance between gameplay and story, despite its high default difficulty.

In it, you play as Madeline, a girl looking to escape the struggles of everyday life by climbing a mysterious mountain.

For those who love a good challenge, Celeste features hidden collectibles scattered throughout levels along with remixed ‘B-Side’ stages that boost replayability.

Modeled after challenging run n’ gun games of yesteryear, Cuphead is a tough-as-nails 2D action-platformer that requires you to memorize enemy attack patterns.

In it, you take on the role of the titular glove-wearing hero Cuphead as he battles various bad guys to repay an outstanding debt with the Devil.

While most of the game is centered on boss rush encounters with multiple phases, there are also side-scrolling platforming stages in between each fight.

These stages put your platforming skills to the ultimate test by demanding precise timing and movement to make it to the end.

A Hat in Time is a 3D platformer inspired by games like Super Mario 64 and Banjo-Kazooie, sharing a similar cartoonish graphical style.

In it, you play as Hat Kid, a young pilot on her way home when her spaceship suddenly takes damage, causing the magical hourglasses that power it to scatter across various planets.

Her journey takes her to varied and unique worlds where she can obtain different headgear to unlock new abilities that allow her to manipulate objects and reach new areas.

The game features a cast of well-written and memorable characters as well as excellent platforming controls evocative of the franchises that inspired its creation. 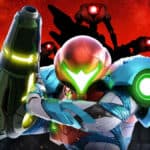