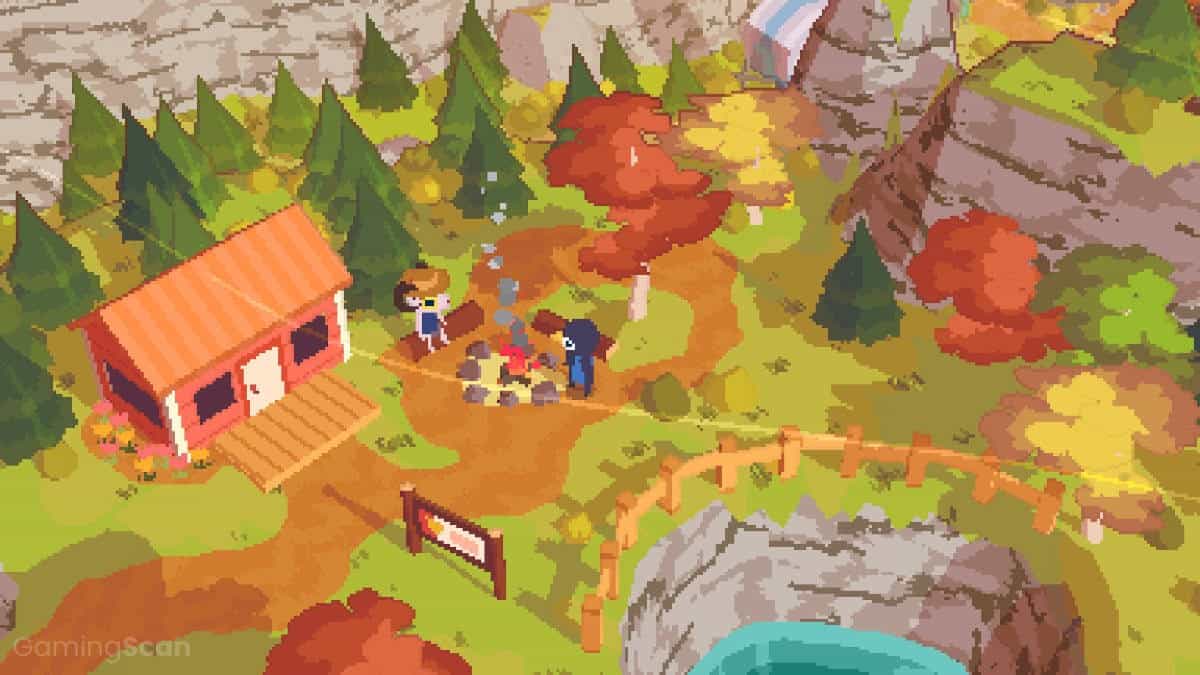 Any gamer with a demanding full-time job, family, or even pets will know just how hard it can be to set aside time for their favorite hobby.

The idea of picking up a game you can finish in one to two sittings has become increasingly appealing to those of us who no longer have the time for lengthy RPGs or similar grind-heavy genres.

Related:Easiest Video Games, RankedLongest Video Games Ever (From Least to Most Hours)Best Upcoming Indie Games 2022 (And Beyond)

Our first short game recommendation is Refunct, a relaxing first-person platformer that can easily be beaten in under an hour.

Sayonara Wild Hearts is both a visual and auditory delight that chronicles the life of a young woman with a broken heart who gets transported to a dreamy world filled with divine heroes and villains.

The rhythm game consists of 23 levels in which you must guide the woman through surrealistic landscapes as she collects hearts, avoids obstacles, and battles enemies.

Each level introduces new mechanics ranging from quick-time events to shooting enemies with a bow and arrow, and a full playthrough will take just over an hour for most players.

A Short Hike invites you on a nostalgic adventure spent hiking, climbing, and soaring across the mountainous landscapes of Hawk Peak Provincial Park as you make your way to its summit.

Along the way, you’ll discover hidden treasures, meet other hikers with exciting stories to share, and collect golden feathers that can be used to extend your flight time.

As its name suggests, A Short Hike can be completed in a single sitting but rewards you for taking your time and exploring every nook and cranny Hawk Peak has to offer.

The Stanley Parable got its start as a mod for Half-Life 2 in 2011 before spinning off into its own thing and is best known for its charismatic narrator and very “meta” story.

In it, you play as Stanley, an average office worker who suddenly decides to break his routine and investigate his coworkers’ disappearances.

Since there is no true ending but rather multiple outcomes depending on your choices throughout the game, Stanley Parable can take anywhere from a single minute to several hours to beat.

What Remains of Edith Finch a walking sim in which you play as the Finch family’s last living member as she ventures to the old family home.

You spend most of your time exploring relatives’ old bedrooms and reliving their memories in sequences told from their perspectives.

Despite having plenty of unexpected twists and turns throughout its story, you can see pretty much everything in about 2-3 hours max.

Despite following the structure of a traditional FPS game, Superhot sets itself apart through one clever gameplay mechanic: time only moves forward when you do.

Related:Best Upcoming FPS Games 2022 (And Beyond)

This provides the player with ample time to assess threats and determine the best course of action before setting it in motion with stylish shootouts and melee showdowns.

Even after factoring in Superhot’s time-slowdown effects, getting through the main story takes less than 3 hours, though you can easily extend that by tracking down extras and achievements.

Gorogoa was initially conceived as an interactive graphic novel, but its scope was eventually broadened to allow for a full-fledged puzzle game.

Gameplay revolves around arranging up to four images on a 2×2 grid, with the goal being to place them in a specific order by zooming in or out to trigger a sequence of events.

Whereas most puzzle games throw challenge after challenge at you, Gorogoa never overstays its welcome, clocking in around 2 hours to complete.

Superliminal is a first-person puzzle game that sees you manipulating objects in your environment to access new areas.

Most of its challenges are physics-based and use a mix of forced perspective and optical illusions that will have you thinking outside of the box, sometimes quite literally.

It also has a pretty interesting and, at times, confusing plot that revolves around the player character participating in some weird therapy program, though there’s definitely more beneath the surface.

Little Nightmares is a spooky puzzle platformer about a young girl who finds herself trapped at the bottom of a strange vessel traveling by sea.

Related:Best Upcoming Horror Games 2022 (And Beyond)

In order to escape, you’re tasked with navigating dark and menacing passageways occupied by freakishly large giants that can kill you with a single hit.

The game features some stealth sequences and the occasional jumpscare as well; the main story can be completed in roughly 3-5 hours.

Pikuniku is a bizarre and wonderful puzzle-platformer about a red creature that sets out to help eccentric characters overcome obstacles and unearth a deep state conspiracy.

Characters will often assign you completely random tasks that introduce new gameplay mechanics you wouldn’t expect to encounter, many of which are pretty challenging.

Aside from coming to grips with Pikuniku’s unique controls and platforming, the main story can be beaten in about 3-3.5 hours.

FAR: Lone Sails is a highly underrated indie puzzle platformer that has you traversing the dried-out seabed of a once-glorious civilization.

In it, you play as the small unnamed captain of a massive steam-powered ship capable of traveling on both land and sea.

Your job is to keep the ship moving forward by managing each station inside while also stopping to collect fuel and solve puzzles throughout the game’s 2.5D world.

If you’re a fan of the Katamari Damacy games, then there’s a good chance you’ve heard of Wattam, Keita Takahashi’s most recent project that was released in 2019.

While it introduces a bunch of random, unconventional gameplay mechanics, if we had to sum the game up, it’s essentially an action game centered on befriending an eccentric cast of characters.

This is done by holding hands with various trees, rocks, toilets, poop, etc., you encounter throughout the world; it also features minigames, puzzle-solving, and secrets that will run you about 3-4 hours.

Inside is another excellent short and spooky puzzle platformer from developer Playdead, the same studio behind the hit Xbox Live Arcade title Limbo.

In it, you play as a mysterious unnamed boy tasked with exploring a strange facility with multiple floors and areas that can only be reached by solving a series of platforming puzzles.

Each obstacle introduces a new mechanic that will force you to rethink your approach, sometimes on the fly, as there are a handful of chase sequences.

One such game worth checking out is Firewatch, which follows a fire lookout named Henry working in the Shoshone National Forest for less than a month before strange things start to happen.

Aside from some puzzles and narrative threads you’ll need to decipher, the game is fairly linear, clocking in at around 4-5 hours for most playthroughs.

Hotline Miami presents itself as a top-down stealth game where you’re both outgunned and outnumbered by enemies, though you can overcome this by memorizing guard behaviors.

The game does a great job of helping you adjust to its brutal combat difficulty by presenting dozens of scenarios designed for you to repeat over and over again until you find the perfect route.

Eventually, you find yourself racing through rooms, killing enemies solely off instincts as you get closer to your goal: wiping out the entire Russian mafia.

The Last Campfire is a puzzle game from Hello Games, the same developer behind No Man’s Sky, though it’s drastically smaller in scale and scope.

In it, you play as the embodiment of a soul named Ember as they solve environmental puzzles in order to help guide lost souls to discover their true purpose.

The game has a distinct Pixar quality to its animations and can be completed in a single day, assuming you have 5 hours to spare.

Going Under is a satirical take on tech startup culture that casts you as an overworked and underpaid intern tasked with dungeon crawling through the company’s basement.

Here, you’ll encounter a host of enemies and unusual weapons to wield, ranging from everyday office supplies like staplers to magical swords and even fully functional vehicles.

While the game’s procedurally-generated dungeons can make each playthrough feel slightly different and boosts replayability, you can get through the main story in less than 10 hours. 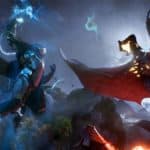